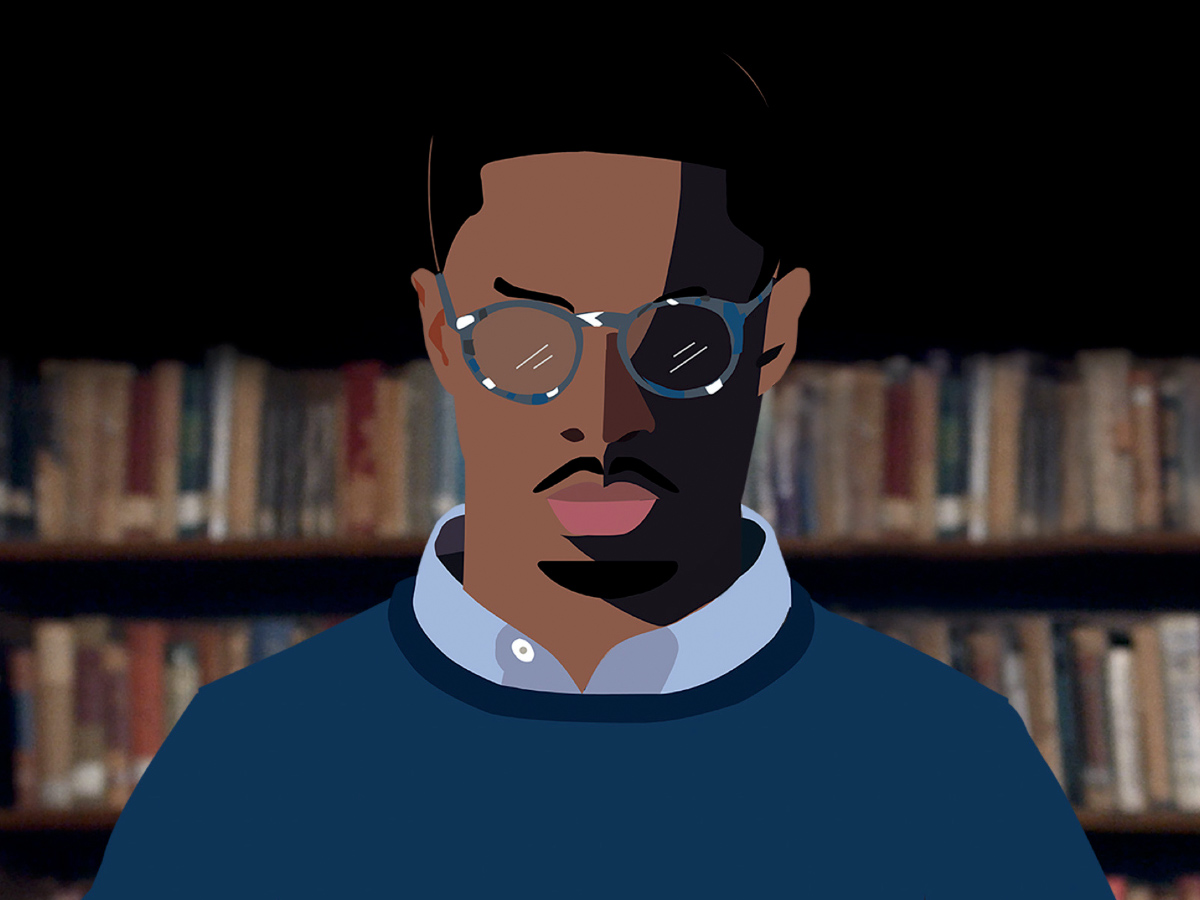 “Tell your story. Speak your truth.”

To coincide with the release of the film 1 Angry Black Man (releasing this Friday, June 5, 2020, on video-on-demand and DVD), director Menelek Lumumba and cinematographer Hans Charles are encouraging men and women to share their experiences with being perceived as “angry” or negatively stereotyped. The purpose of the challenge is to start a national dialogue around the harm of negative perceptions surrounding black men. Anyone and everyone is encouraged to participate.

Tell your truth. We encourage you to share your stories. What stereotype have you had to deal with? What were the consequences of this stereotype? When did you get angry? Why? Hold up a sign with the hashtag #1angryblackman and a picture of you smiling and post it to your Facebook and/or Instagram. 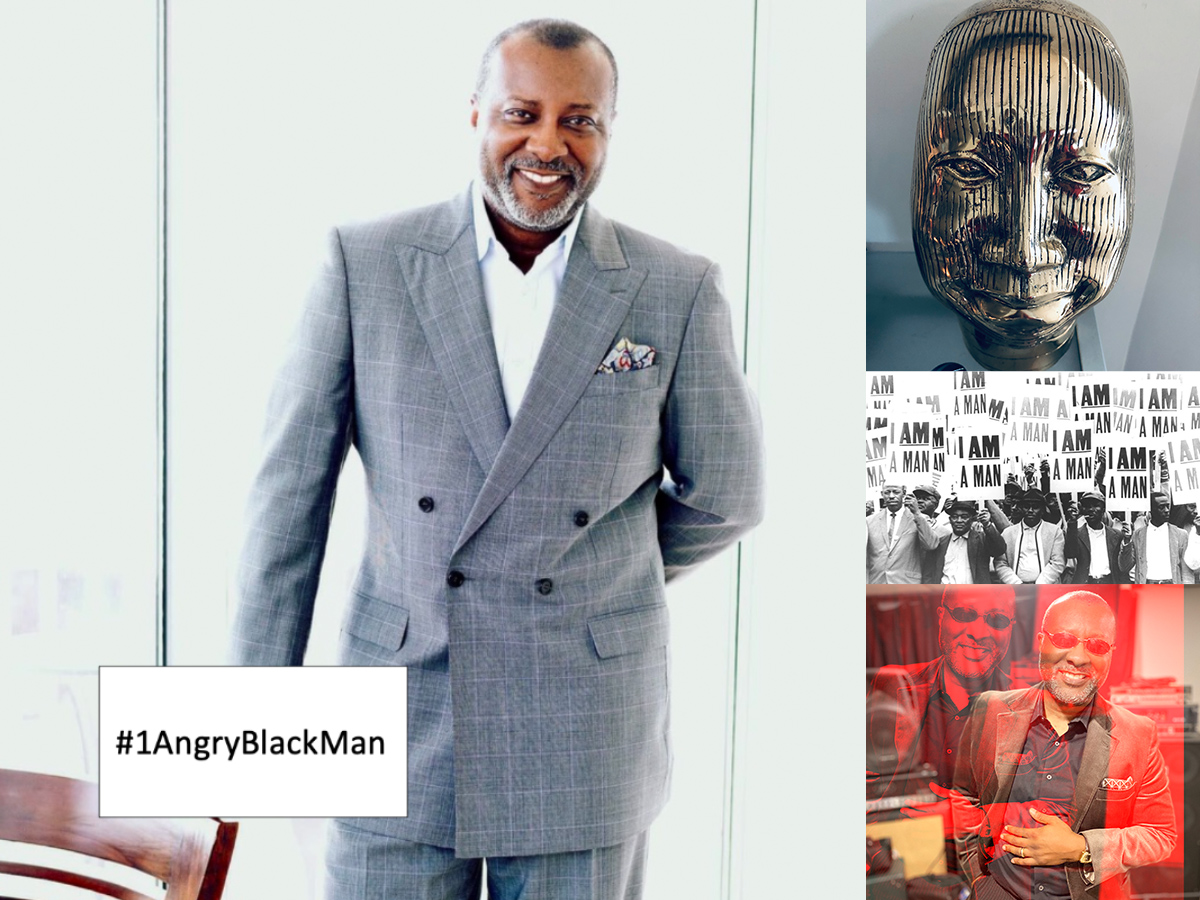 “Take note . . . just because I wear a suit, it does not make me soft. Just because I love soft music, my Lady, and flowers, it does not make me odd. Just because my skin is brown, I’m not wrong, and you can’t shoot me down. You want to tell me what your stereotype thinks I should be. The truth is . . . , you take your notes from books, and images and words that have not been kind to me. You don’t look in my mirror; you don’t see what I see. I AM A MAN. Complexed maybe, but what is clear to me, is that my ancestors died so that I could be FREE!” 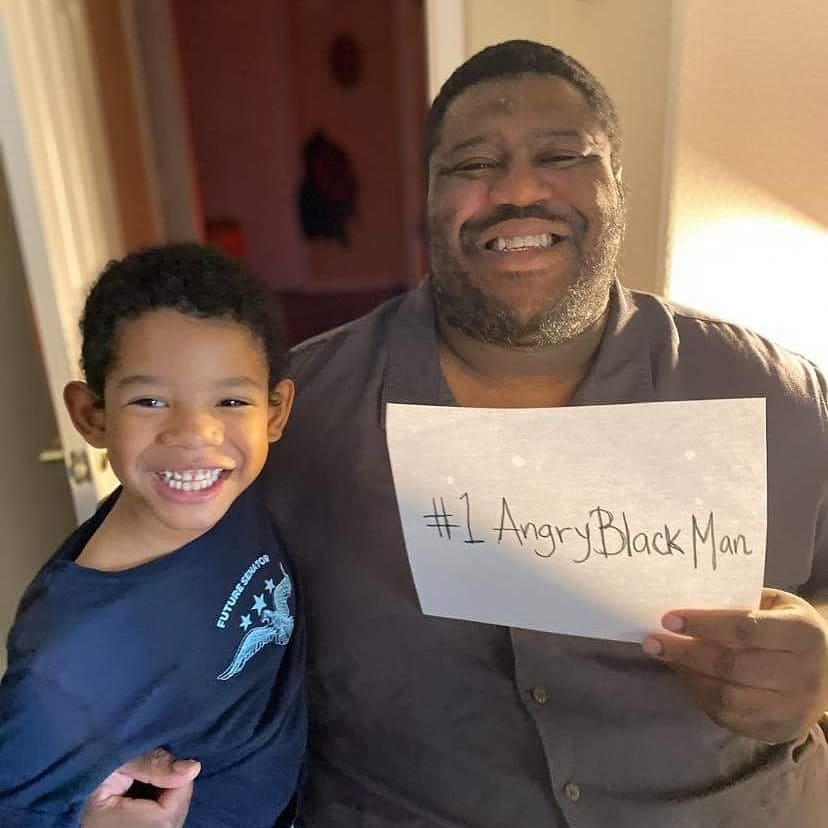 “I was 6 feet tall by age 12. The world saw me as a threat from that day on. I’m cautious. I can be scared. I’m not angry but I do have moments of righteous indignation.” 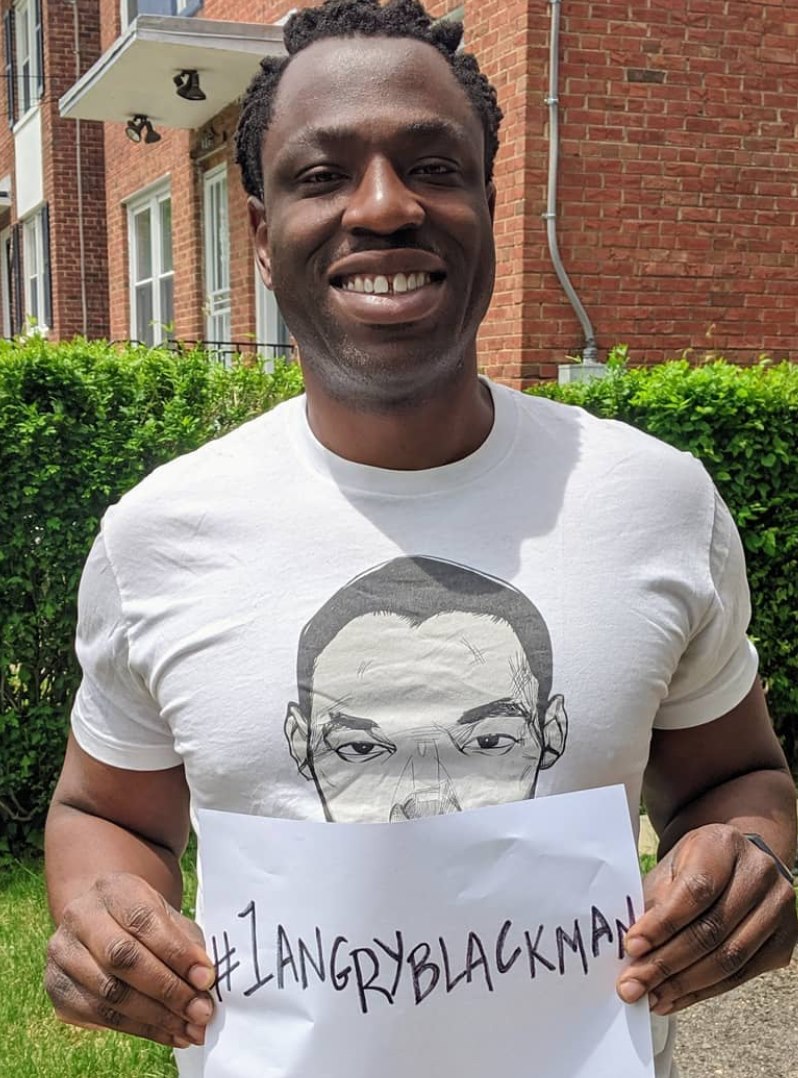 “There are days on set when I’m deep in thought and I lose track of what my face is doing. On those days, I can cause alarm. People will ask me, ‘Are you ok? You seem upset.’ I could be contemplating anything from getting a light to wrap around a face to how many rare elements are caused by two neutron stars colliding. Just because I’m not smiling, doesn’t mean I’m angry. Most times I walk around feeling like Louie Armstrong, but sometimes I’m just in a Miles Davis kinda mood.” 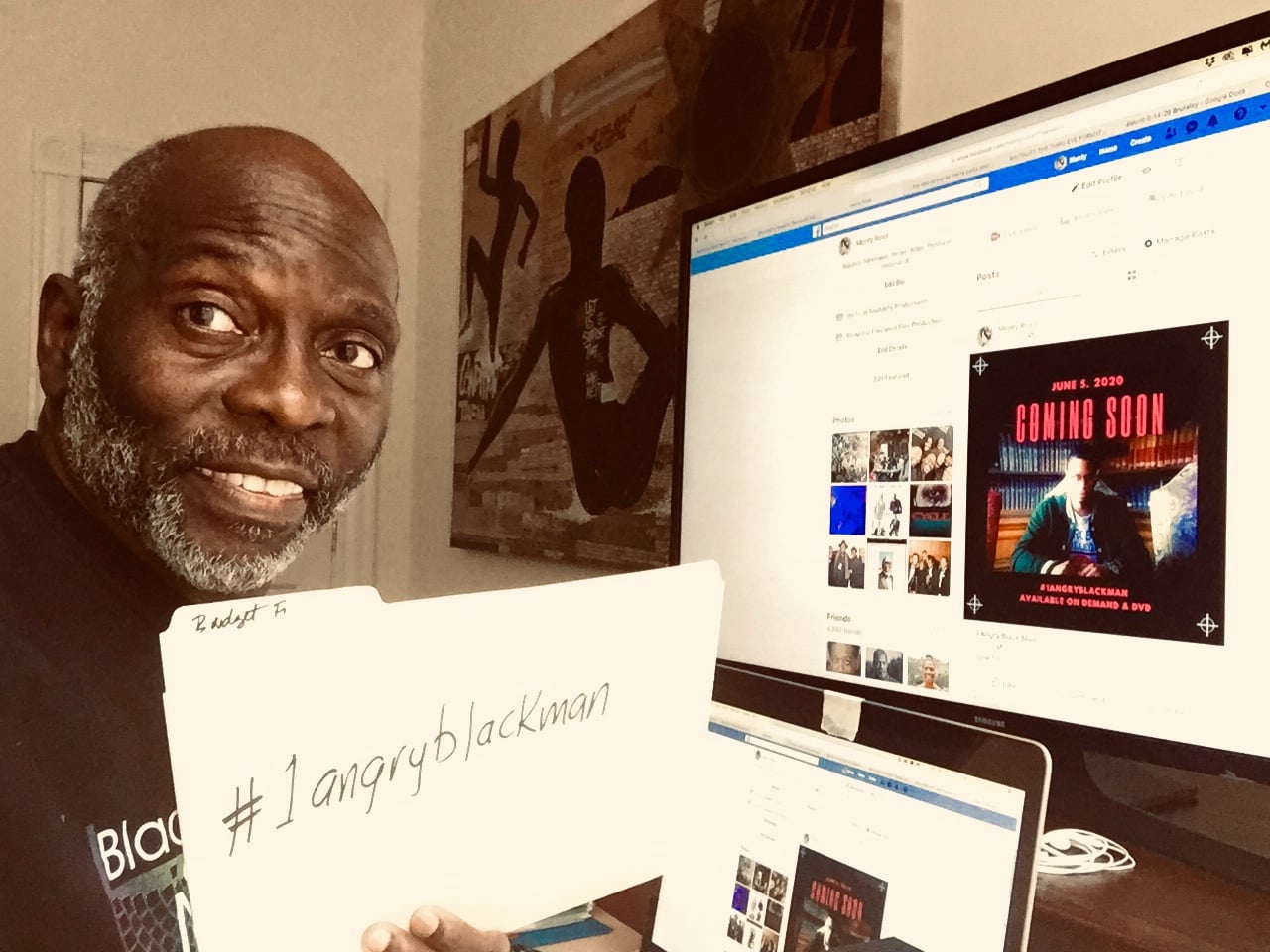 “#1angryblackman. Yes, I happen to be one too! What am I angry about? Raising money for more productions, limited distribution, and marketing budgets, writers and their extended page count, demanding actors, increasing investor value, do we really need 125 people standing around for two actors in a room? Of course we do…35 years of production experience and I love it.” 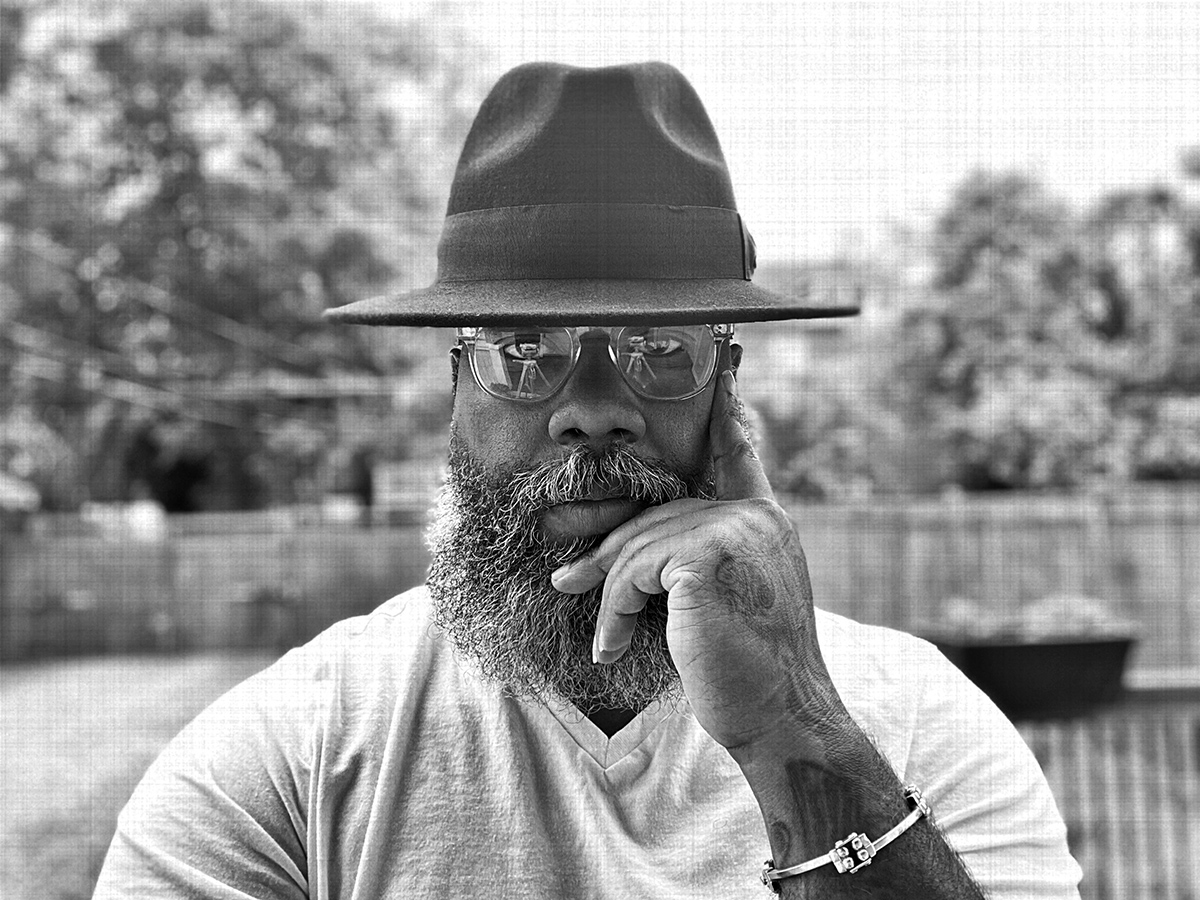 “I pledge to never forget those taken from their home and sold by their own… For those who traveled alone, didn’t make it and thrown…. For those who educated their own, because they were left to be unknown…. Your fight and struggle for my rights will never be forgotten…. Instead, it will be etched in stone. I pledge allegiance to my ancestors, as the flag is held high…. You will never be forgotten; your history will be told…. Followed with questions of WHY?” 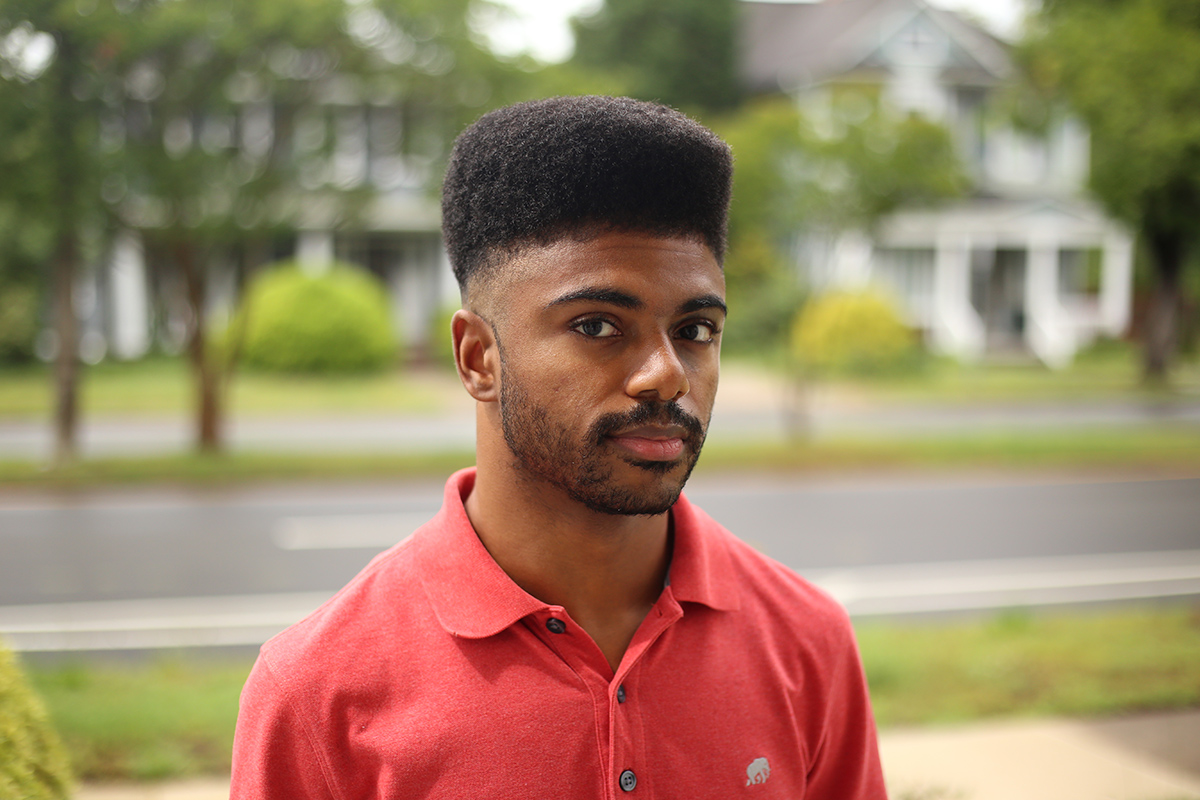 About the Film: 1 Angry Black Man is the directorial debut by Menelek Lumumba. The film takes place at a fictional liberal arts college in New England. Mike Anderson, played by rising star Keith Stone, is feeling sad, isolated, and angry. As discussions in his African-American Literature class surrounding race, sexism and class reach a boiling point, Mike has to come to terms with what it means to be a black man in America. Available everywhere on-demand and DVD on June 5.