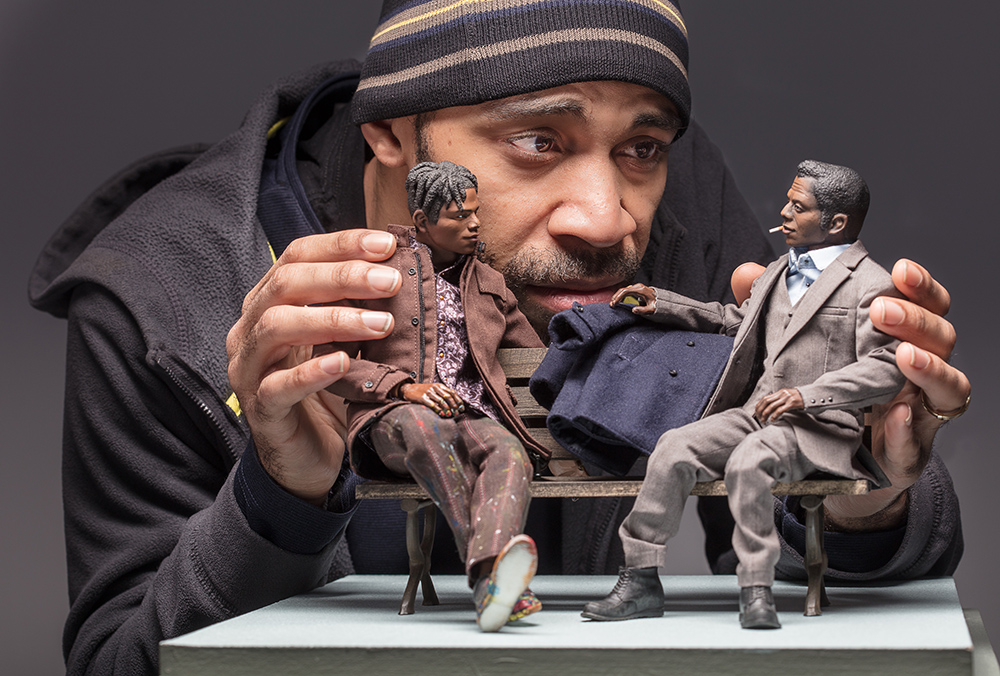 “Don’t be afraid to look to the past for inspiration.”

Acori Honzo is an incredibly talented and meticulous artist who creates 1/6 scale “afro-pop” figurine art. “I get inspiration from anything so an idea can hit me at any moment,” he says. His influences include artists Andy Warhol, Norman Rockwell, Basquiat, and comic book artists Alex Ross and Jim Lee. His artwork is about perspective. His artwork evokes imagination and extends the narratives of popular and historical figures. In The Conversation, he imagines Basquiat and James Baldwin in conversation on a park bench. It is brilliant and touching to see two figures from different eras who shared the same philosophy: telling the truth through their art. By scaling down these larger than life figures, Acori is influencing a generation to rethink their relationship with the most celebrated figures in African-American culture. 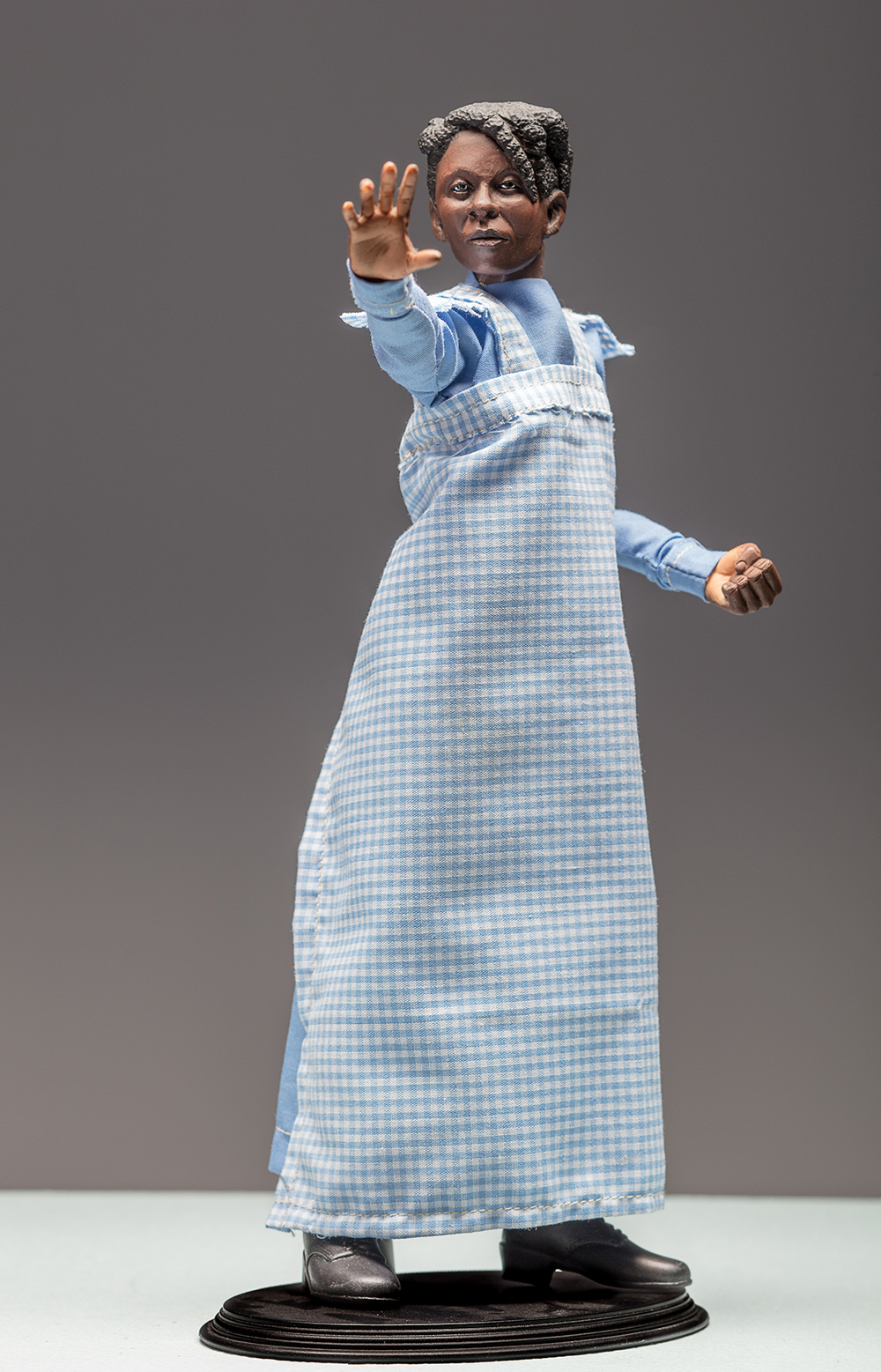 Until you do right by me by Acori Honzo. Figurine of Celie from The Color Purple.

When audiences look at Acori’s figurines, they get a sense of an artist who has a genuine appreciation and love for pop and mass culture. Who he decides to create a figurine of can come on a whim. “I get inspiration from anything so an idea can hit me at any time or any moment,” he says. He starts with sculpting in clay, then casts the sculpture in silicone and creates resin replicas. “I then modify and hand paint the sculpture many times before deciding which one is the best to display,” he explains. He then will create or modify clothing for the tiny figurines. “I want every piece to be one of a kind and made with love. Love of our people, our features, and our heroes,” he says.

His newest figurine is of activist and poet Maya Angelou. “This is one of my favorite pieces to date,” he says. “I played around with the idea of designing my own version of a Barbie doll. I chose to model it after a younger Maya Angelou with a natural hairstyle and a posable figure. The piece is black excellence that speaks loud.”

“I want every piece to be one of a kind and made with love. Love of our people, our features, and our heroes.”

In addition to the Maya Angelou piece, he is in the final stages of his figurines of the four little girls from Birmingham who were killed in the 16th Street Baptist Church bombing in 1963. “I am working on figurines for Addie Mae Collins, Denise McNair, Carole Robertson, and Cynthia Wesley,” he says. “All four young ladies are being sculpted and will have original tailored clothing. They will be smaller, around 8 to 9 inches tall; smaller, but very powerful pieces.” 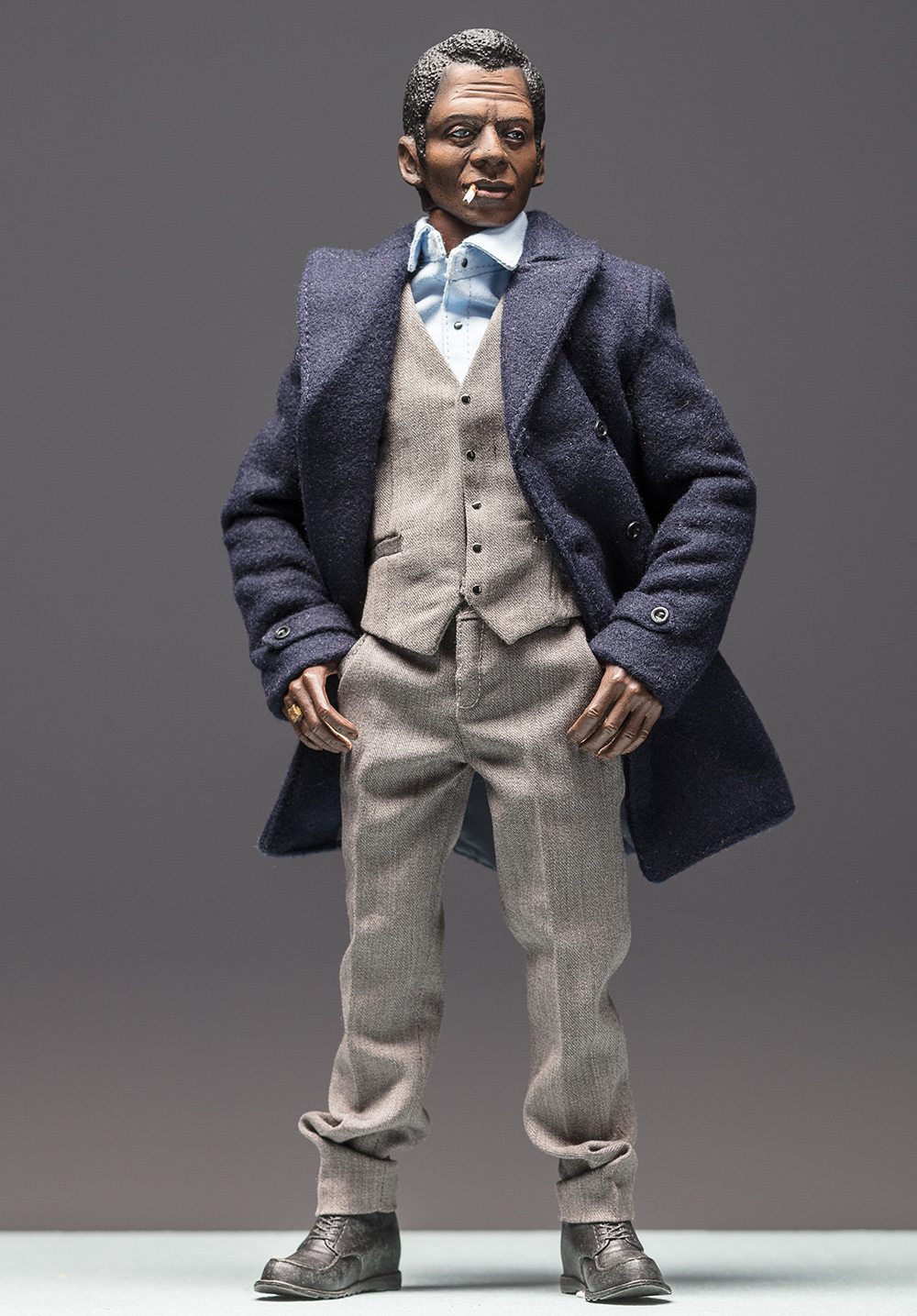 Acori Honzo’s art reflects the influential figures of older and younger generations. Like the artists before him, he is not only paying homage to the past but reflecting the changing culture of a people.