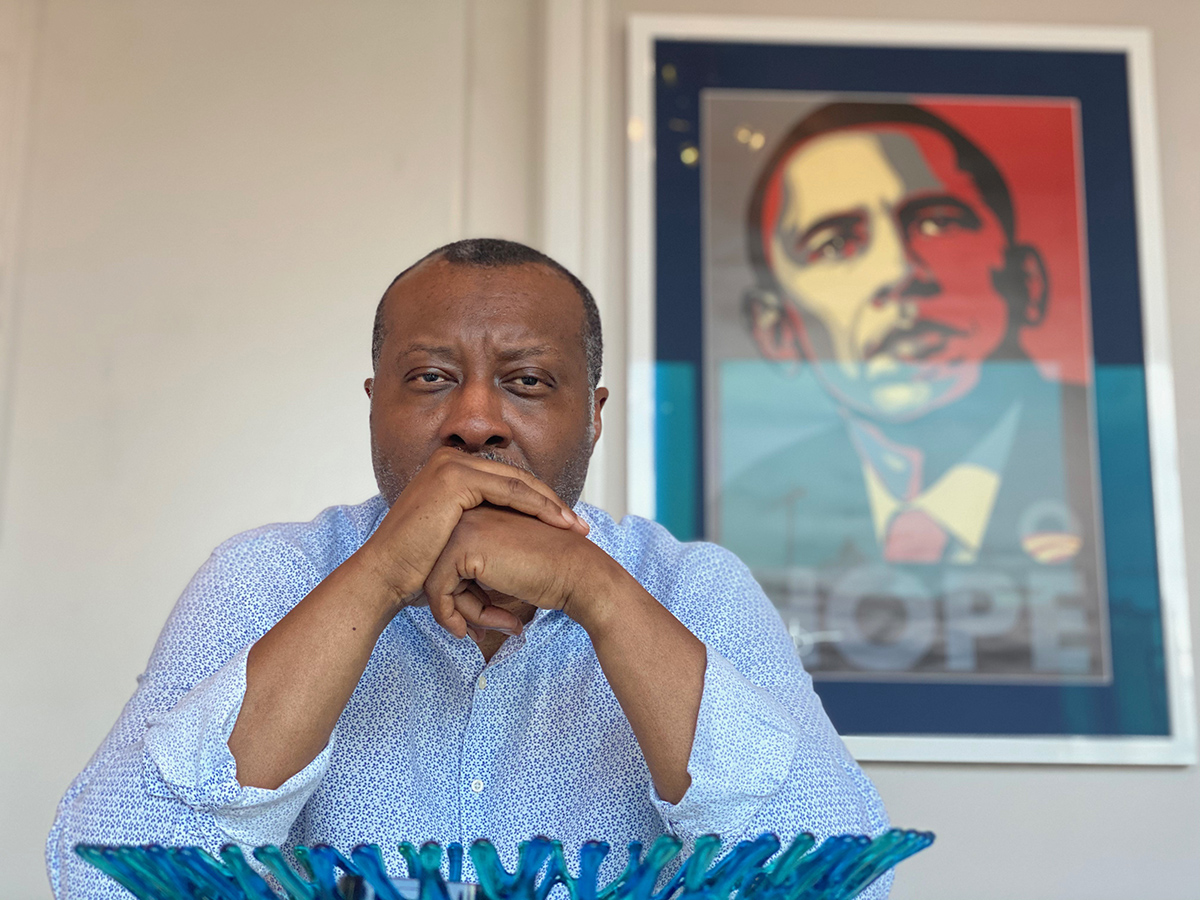 “No man is perfect and fate does not call upon us at a moment of our own choosing.”

We lost the pioneering civil rights activist C.T. Vivian and the great champion for justice John Lewis on the same day in July. The two men were friends. We were set to run Rev. Vivian’s quote in our Living Legends section of SoulVision Magazine. We decided to run it anyway as well as a quote from John Lewis. Additionally, we are changing the name of the Living Legends section to “Legends” in honor of these civil rights icons. Here we will honor those past and present who are champions for justice and examples of being the best versions of ourselves. In this issue, we also shine a spotlight on music genius Eric Darius, who uses his talent and new record label to change lives. The phenomenal artistry of Steve Prince is also showcased in this issue along with newcomer Josh Mervin, who is making waves with his nexus between sports, art and culture. Last, Tiffany Jana tells us what we need to know to get our minds right and Chef Onwauchi shows us what to do to get our hunger satisfied. There is a lot of love in our August issue.

Remember, the path to where we are today is full of flawed characters: LBJ, even though a Southern Dixiecrat, led the charge for much-needed civil rights and voting rights legislation in the 60s; Hugo Black, although a Klan sympathizer, joined the Supreme Court majority in Brown v. Board of Education (1954); and Abraham Lincoln, although he would debate Douglass to the end on the inferiority of the enslaved, pushed for the Emancipation Proclamation that freed them (1863). No man is perfect and fate does not call upon us at a moment of our own choosing. I pray that when we get our moment, flaws and all, we step up into the role God has blessed us to undertake. The sickness of racism and bigotry cannot sustain the constant antibiotic drip of united citizens operating in the cause of justice and righteousness. It may take longer than any of us desire, but I am optimistic that as each of us brings our best selves to the fight for what is right, we can make this world a better place. In other words, I love you . . . flaws and all.

The Tale of the Tee, co-authored by BK Fulton and Jonathan Blank, will be available to purchase at online bookstores early this month (Order Here). 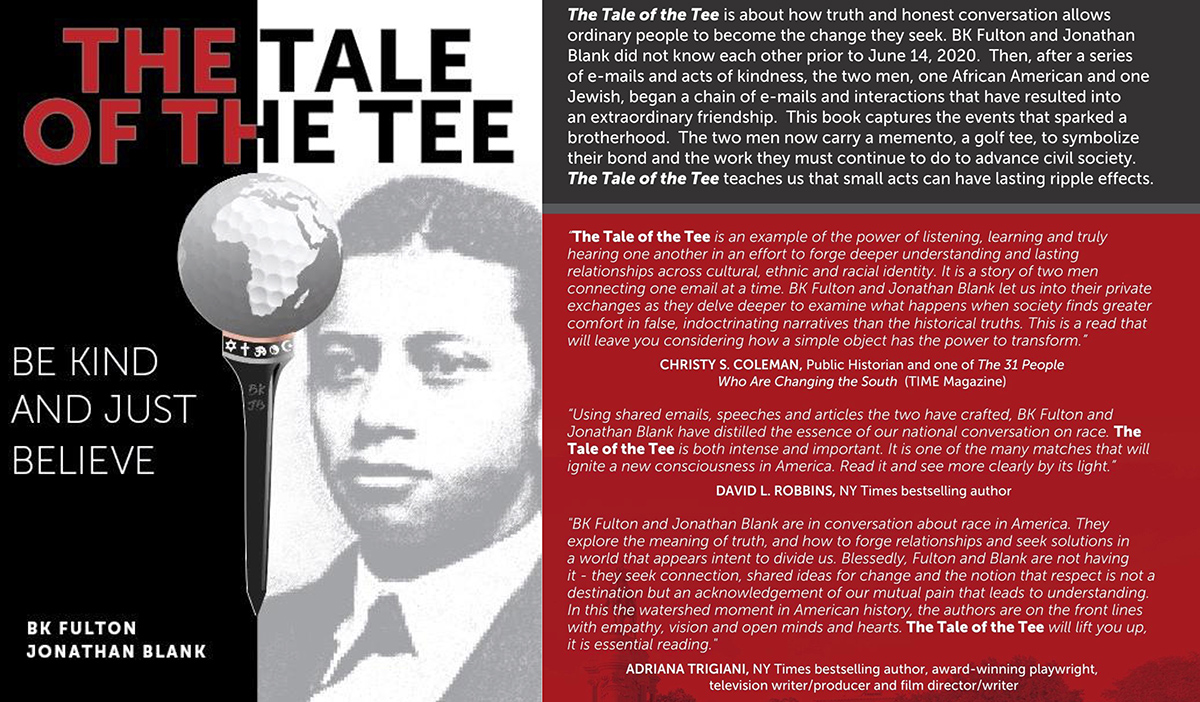 The Tale of the Tee (front and back cover). 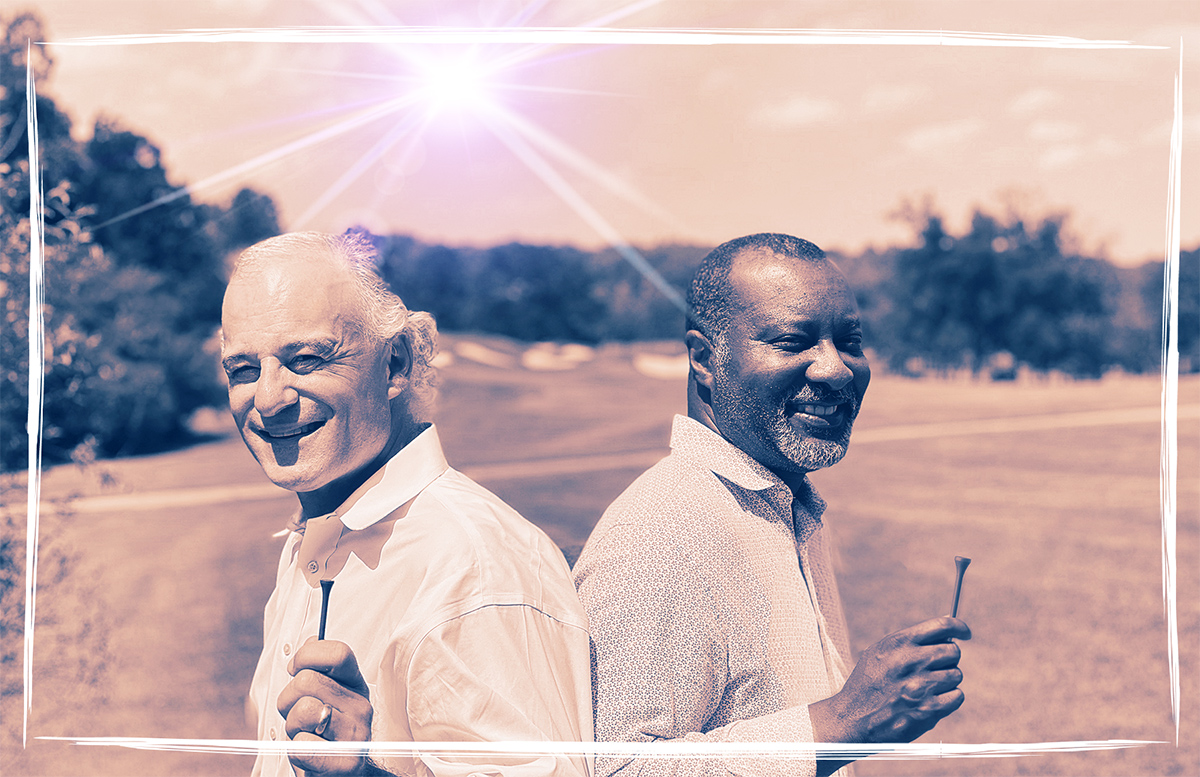 “The sickness of racism and bigotry cannot sustain the constant antibiotic drip of united citizens operating in the cause of justice and righteousness.”