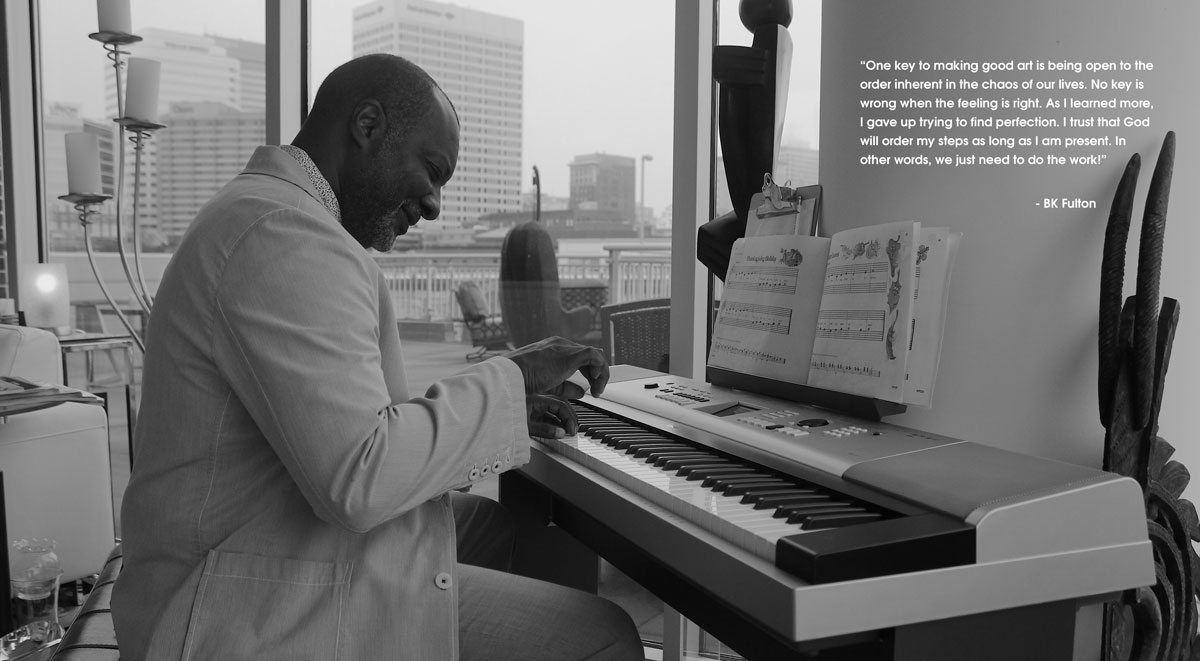 “Each day is a gift. What you do with it is your gift back.”

In his condo, overlooking the financial district of Downtown Richmond on one side and the James River on the other, BK Fulton is restless; he’s wrestling with an idea, a vision that will serve as an extension of Soulidifly Productions where he serves as founding chairman and CEO.  Fragments are beginning to take shape as tangible ideas. He walks back and forth and then he stops and looks out at his patio.  He feels the ancestors are laughing at him with love as he realizes that it’s up to him to tell the stories that have not been told. “SoulVision,” he utters and that was it. In less than a week, he finds a founding editor, web developers and designers, lawyers to protect the name and a band of contributing authors. In a world where black and brown people are too often thought of as less than, BK created SoulVision to exemplify the positive energy inherent in urban communities worldwide.

BK doesn’t shy away from making it known that Soulidifly Productions is the first independent film company in cinema history to produce and release four feature-length films in its first year. Produced by a mostly unknown team of diverse industry insiders and creatives, these films include Charniece Fox’s Love Dot Com, Menelek Lumumba’s 1 Angry Black Man, and Wes Miller’s River Runs Red and Atone. With respectable offers from major movie producers in the film and paid TV business, there is only one way to go but up for Soulidifly Productions.

Known for his positive outlook on life, BK believes that “God blesses us all to turn our dreams and ideas into their tangible equivalents; we must have the faith, be willing to do the work and expect the outcomes.” With a team of talented folks behind him, BK has the recipe for phenomenal success.