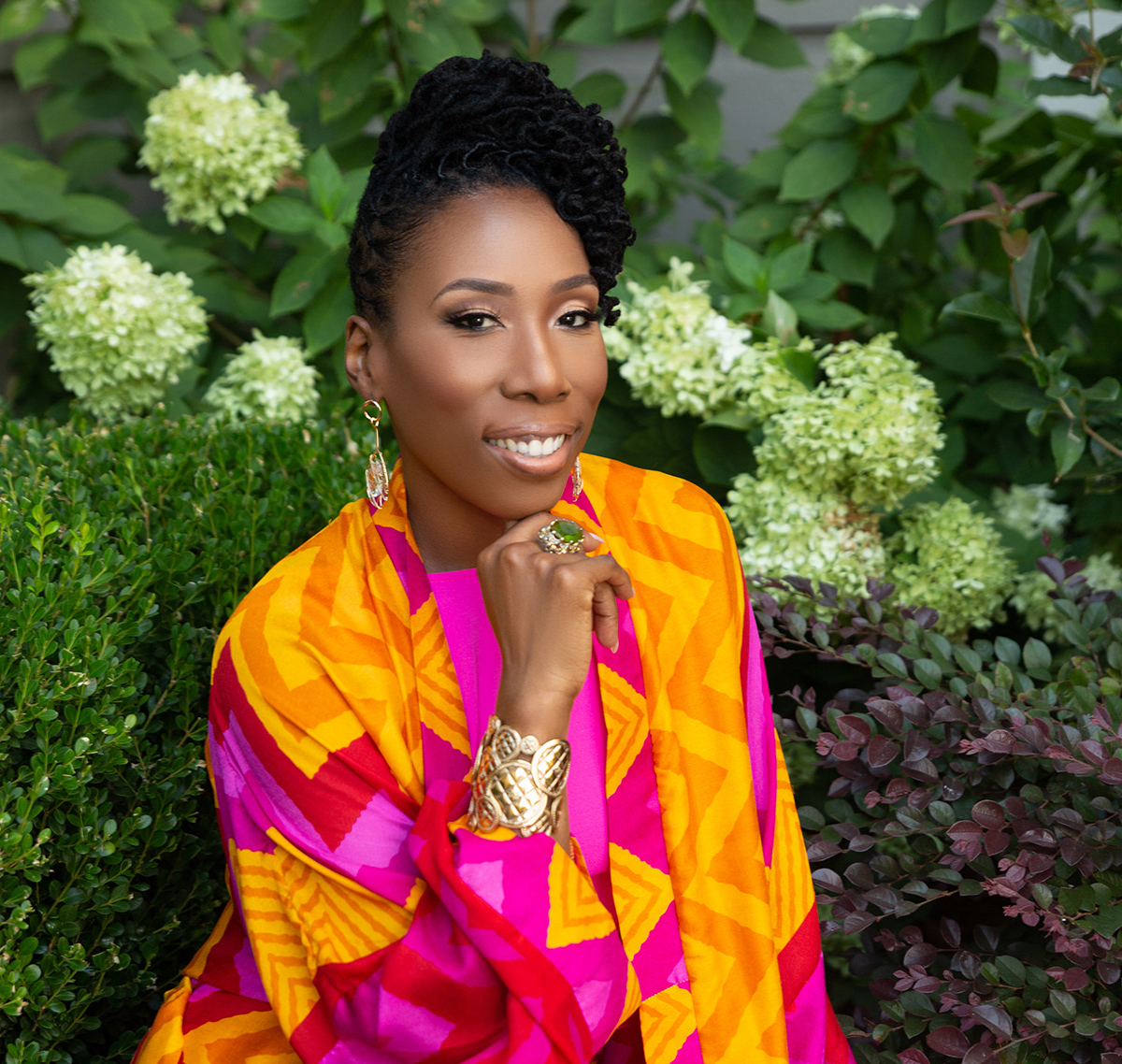 Photos by Will Sterling

“You are in the driver’s seat of your life.”

Growing up in the Midwest town of Cleveland, Ohio, Brandi Harvey was taught that excellence was the standard she should live her life by. Brandi’s elementary school principal, Mrs. Stella Loeb-Munson was one of her earliest exposures to excellence. She had an entrepreneurial spirit in the way she made her own clothes and relied on her own intuition and smarts to navigate the world. Brandi wanted to emulate her style and swagger.

Outside of school, Brandi was inspired by the writings and grace of Susan Taylor, the former editor-in-chief of Essence Magazine. As a little girl, Brandi sat at the hair salon and would eagerly grab a copy of the latest issue of Essence Magazine to read her column “In the Spirit.” At eighteen years old, Brandi had the opportunity to meet Ms. Taylor. For the first time in her life, she was star struck. “She embodied grace, style, poise, and beauty,” she says. “She was this tall black woman with these braids and very striking features. She, to me, was the epitome of womanhood. I wanted to be that. She was one of the reasons why I fell in love with words and spirituality.”

“I needed to find the thing that was going to make me get up early in the morning and make me want to stay up late at night.”

After graduating from Ohio State University in 2005, Brandi became a high school history teacher. She recalls that while teaching high school history was rewarding, it wasn’t her purpose. “I was young and fresh out of college,” she says. “I had just moved to Los Angeles and had these big dreams of being this young engaging teacher. I remember being in college and thinking, ‘I’m going to change the world!’ I realized all of those big ideas that I had didn’t quite fit into the space of school bureaucracy. It just wasn’t for me.” So she had to change course. She needed to find her passion. “I needed to find the thing that was going to make me get up early in the morning and make me want to stay up late at night,” she says. 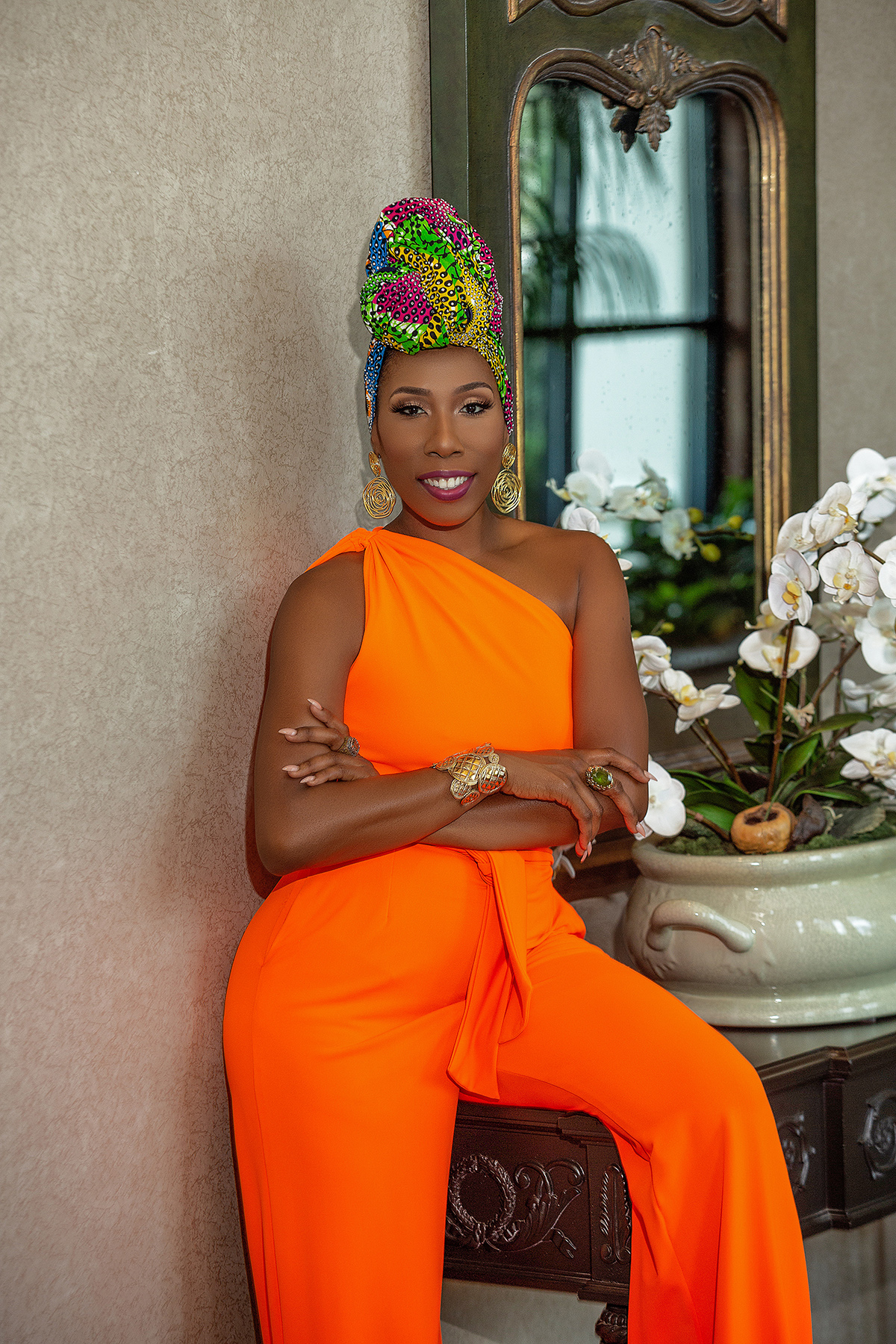 Her parents instilled in her the importance of service to others. “When you are here, you are here to serve the needs of God’s people,” they would say to Brandi. She realized teaching was not necessarily confident to the classroom. After she left teaching and moved to Atlanta, her mother said to her, “That wasn’t your classroom to teach in. The world will become your classroom.” After leaving her teaching position, her mother’s wise words rang true. In 2018, she started Beyond Her, a wellness brand for women, specifically for those of color. Brandi has traveled the world as an advocate for women’s health and wellness.

Brandi recalls the time she was executive director of the Steve & Marjorie Harvey Foundation, her family’s nonprofit that focuses on educating and mentoring underserved youth. After being executive director for seven years, her dad fired her. “People couldn’t believe it,” she says. “They would say, ‘How could your dad have fired you?!?’ but I’m so thankful he did.” Brandi says her dad had to navigate his way to success and in seeing similarities in her that he saw in himself, he wanted to allow her to grow and create her own lane. “He said to me, ‘You got to go do the thing that’s going to make you happy. The thing that’s going to make you smile. The thing that’s going to make you soar.’ And when he released me. I was released into my destiny,” she says. “So many people wait around because we are so afraid to get out of the boat of mediocrity. There is no outside source that’s coming to save you. You put the “S” on your chest and save yourself.”

“You are 100 percent responsible for the life that you have. You can heal your life, but it’s going to have to start from the inside-out.”

In her book, Breakthrough Sold Separately: Get Out of the Boat of Mediocrity and Walk On Water, she advocates for living the life you want to live. “I want readers to get that you are in the driver’s seat of your life,” she says. “You are 100 percent responsible for the life that you have. You can heal your life, but it’s going to have to start from the inside-out.” She understands everyone has self-doubts, but she says you have to remind yourself that you are valuable and loved. “I’m a spiritual person and that connection plays out in my life in many ways,” she explains. “When I get a little anxious or don’t know what’s going to happen next, I just focus on my breathing and I start to feel centered and in control again.”

Brandi started to consider therapy around the time her sister and brother-in-law were getting married. When they were dating, her brother-in-law told her sister that he wanted to marry her, but first, she had to work on some things. He encouraged her to go to therapy and so she did. Brandi could see a change in her sister. While she considered therapy, she did not take the action to go at that moment. This was also the time she was still executive director for her family’s foundation. As she would talk to the kids in the program and discuss the issues they were facing with counselors and their families, Brandi started to question what was going on psychologically with these young people of color. This turned into a bigger question for Brandi: “Why do people of color engage in certain behavior?” 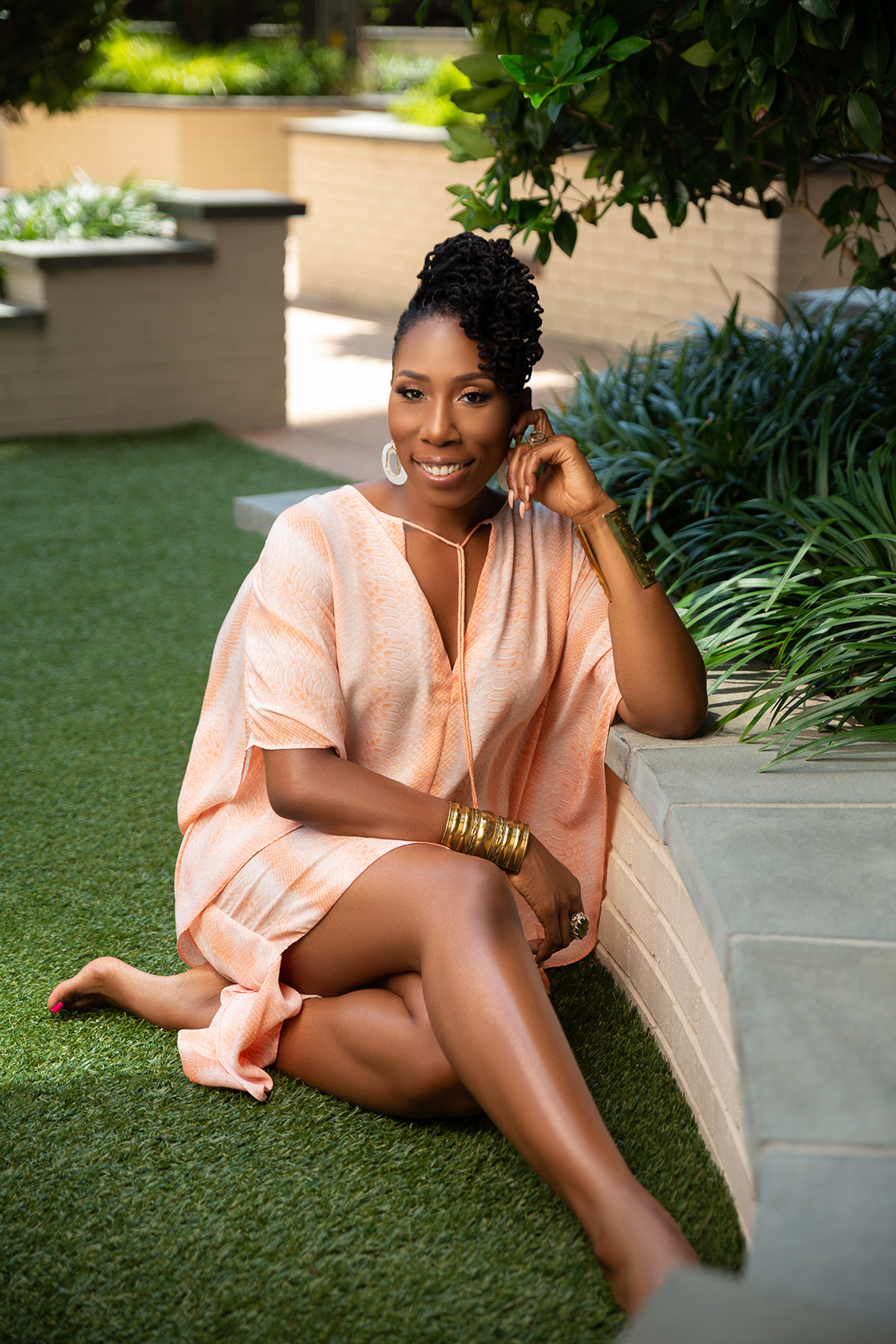 She began her research and came across Dr. Joy DeGruy’s book, Post-Traumatic Slave Syndrome. Post Traumatic Slave Syndrome is the theory that centuries of chattel slavery and institutionalized racism have caused multigenerational trauma in people of color. The theory goes on to explain how this trauma causes harmful behavior like internalized racism, anger, violence, and low self-esteem. The wounds were never really healed. “After reading Post-Traumatic Slave Syndrome it kind of gave me the green light to say I wanted to heal myself,” she says. “I never looked at my life as being traumatic because most of us view trauma as something big.” She goes on to explain how we look at “big traumas” like death, assaults, and so on, but ignore traumas like abandonment or verbal assaults. “I started examining my life and I saw myself exhibiting so many of the signs that Dr. DeGruy talks about in the book as a black woman and I was like, ‘I want to fix that,’” she says. In 2016, she began going to therapy. Therapy became, what she calls, her “non-negotiable.” She went every week and has continued to since then.

Brandi is proud of herself for taking the steps to stay healthy. Today, she has a great sense of self-awareness and love for herself. “If I can continue to keep walking in that way, then God will continue to bless me,” she says. With more clarity and purpose comes self-mastery. For Brandi, this means understanding who she is as a person emotionally, physically, and mentally. “I think it’s an old adage that says, ‘your health is your wealth,’ and as cliche as it is, it is true for me,” she explains. “I have expanded my life in ways that I didn’t know were possible 10 years ago, let alone five years ago.”

“Wellness is a lifestyle. It doesn’t work if you don’t work it.”

Brandi feels like she’s still moving and pushing along. “Being the daughter of a megastar, you have a real blueprint of hard work and work ethic,” she says. She referenced watching her dad tape a show. She was looking at a 60 plus-year-old man who was still working. “He’s still teachable and he’s still coaching. I don’t think you ever make it. I don’t think you ever arrive. You just keep growing,” she explains. In a journal, she has written down all of what she wants to accomplish. She feels she is on her way to accomplishing big things. “I feel like I’m in a place where I just keep being available,” she continues, “And keep being open and keep allowing myself to surrender and trust the process.”

This year, Brandi has rolled out new video content on social media and has started a Beyond Her branded podcast. She will also create an audiobook version of her book later this year. Readers will have the opportunity to document their self-care journey in a journal that will coincide with her book. She says she will also be on a nationally syndicated radio show that she has to be on the hush about. Before we ended our talk, Brandi outlined the universal attention she would like Breakthrough Sold Separately to have. “I want to take this book around the world so that we have conversations, healing conversations with women, particularly women of color,” she says. “I think this book is not just for women, I think this book has a lot that it can offer men as well.” No matter your gender or race, self-awareness and care are important steps to living a long and fruitful life.