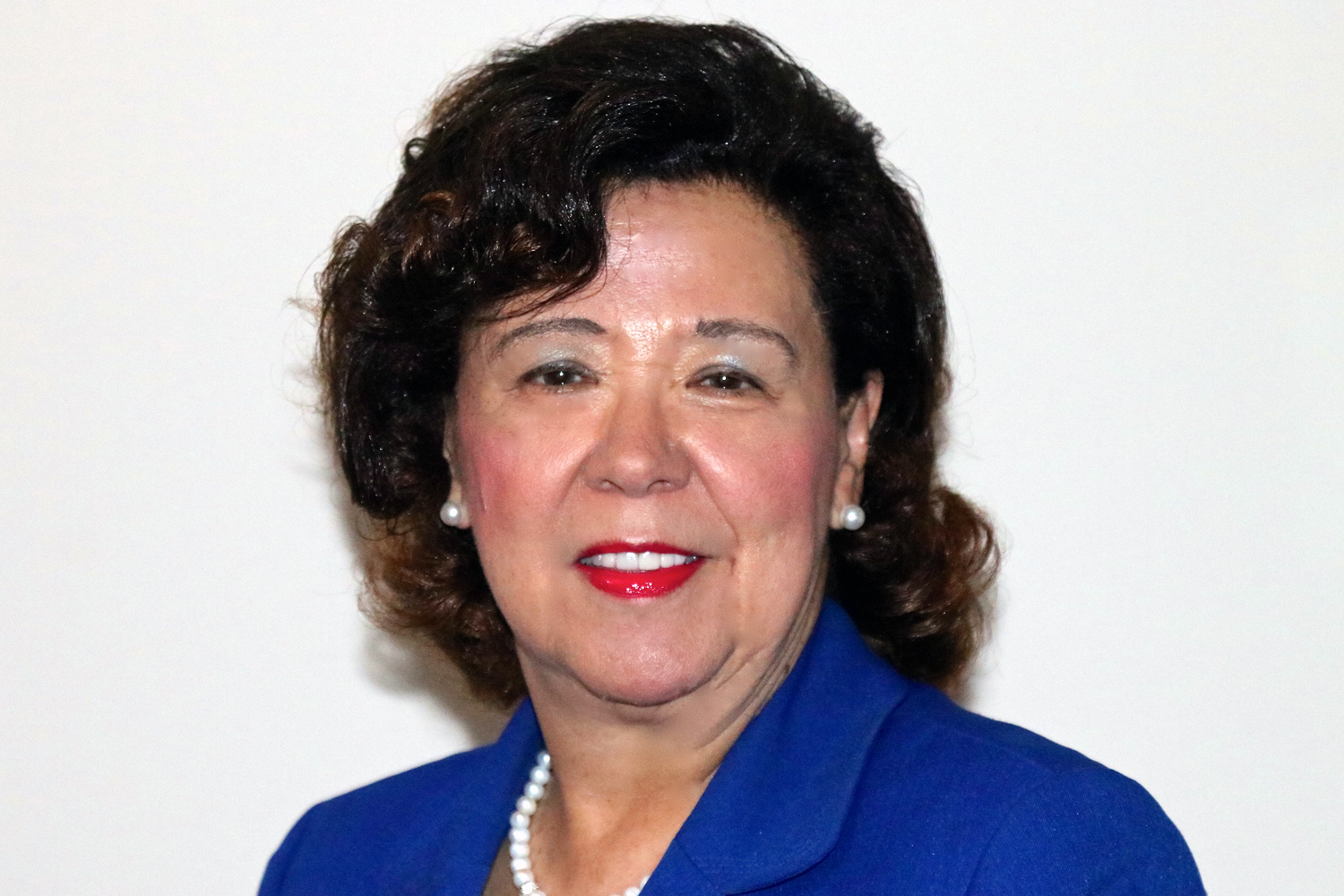 Brenda’s early life is entwined with Virginia and U.S. history. She and three other students integrated Lynchburg’s E.C. Glass High School and she participated in the 1963 historic March on Washington. In 1970, she graduated from California State University, Sacramento with degrees in English and psychology. After graduation, she taught for a short time before enlisting in the U.S. Army, where she started working in publishing. She edited a community paper in Nuremberg, West Germany and was an associate editor of the Army’s Newswire Service at the Pentagon. 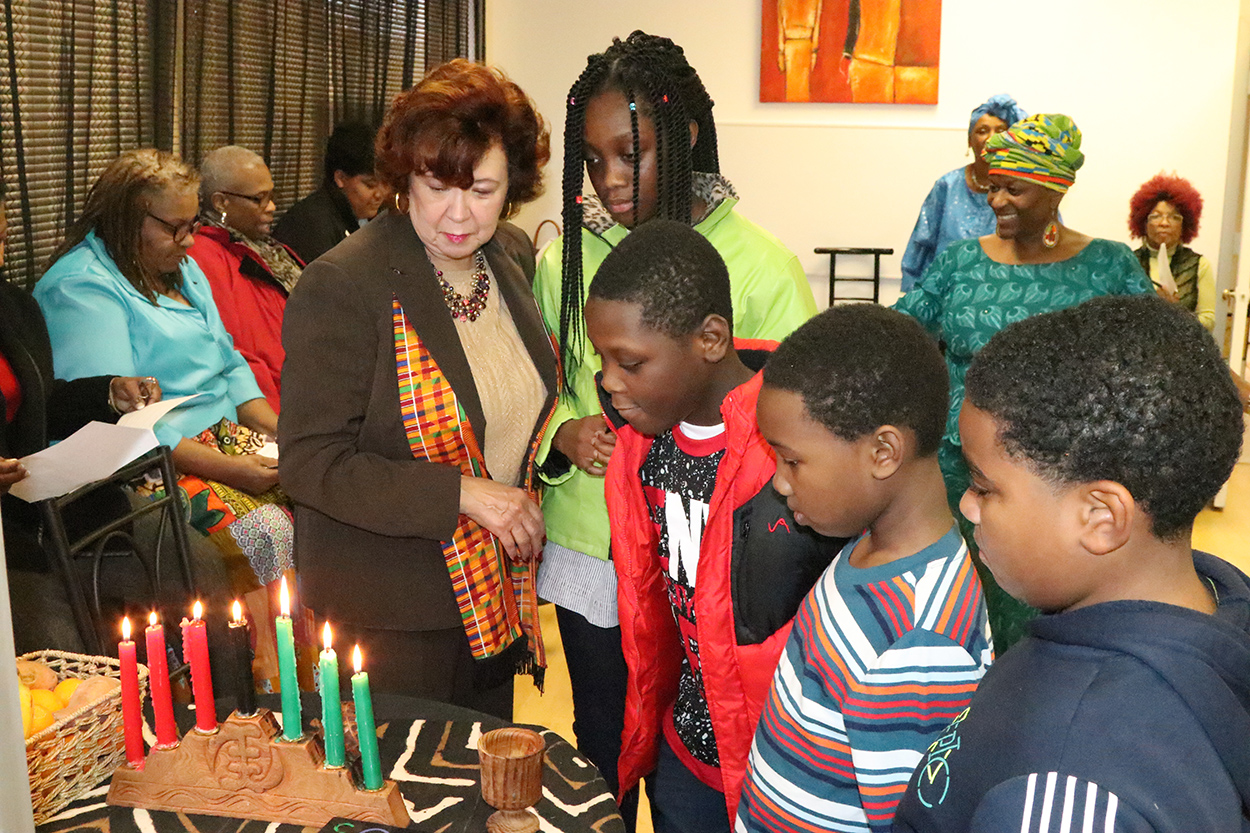 Brenda with children during a Kwanzaa celebration.

In 2013, Brenda received the MLK Memorial Award from Old Dominion University (ODU). In 2016, she received the Tidewater Humanitarian Award from the Virginia Center for Inclusive Communities. In 2018 the newspaper celebrated its 118th year. Andrews is responsible for bringing the newspaper into the digital age with the establishment of a dedicated website and social media presence. Brenda H. Andrews’ legacy will live on in future generations who are just as curious and passionate about telling the truth as she is.

“I believe that what we own is far less important than what we take ownership of. As the current owner of the New Journal and Guide Media Company, I take pride in being a steward of its history since 1900 and a promoter of its destiny. My ownership is in advancing this institution that was founded by others of like mind to offer a voice for blacks in America to tell our own stories from our perspective and to challenge racially-demeaning images and stereotypes designed to impede our progress. My work is for today and tomorrow as future generations will continue to turn to our archives for the living stories of blacks in America as they have been recorded week by week.” – Brenda H. Andrews, Publisher, CEO and Owner, New Journal and Guide, Norfolk, VA, the Nation’s 3rd oldest continuously published African American newspaper.