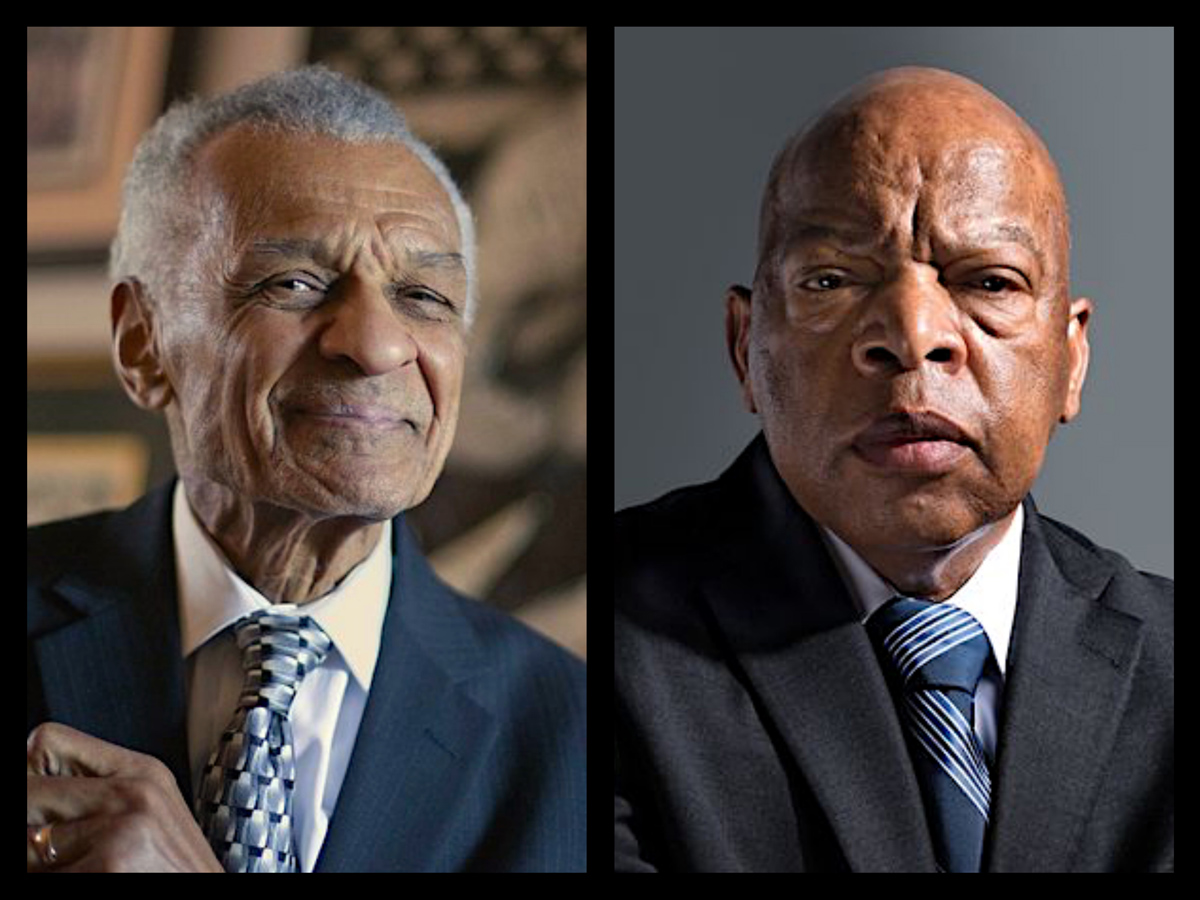 Cordy Tindell “C.T.” Vivian dedicated his life to fighting for civil rights. He was a leader in the civil rights movement and a close friend to Martin Luther King, Jr.  Martin Luther King appointed Vivian as the national director of affiliates for the Southern Christian Leadership Conference (SCLC) in 1963. Like King, C.T. championed nonviolence as a strategy to have the movement’s demands heard and its needs met. He organized vital demonstrations in Birmingham and Selma, Alabama, and St. Augustine, Florida. His work was pivotal in the passage of the Civil Rights Bill of 1964 and the Voting Rights Act of 1965. Vivian famously confronted Sheriff Jim Clark, who barred black people from registering to vote, on the courthouse steps in Selma, Alabama. After King’s assassination, he continued to serve in the SCLC and became the organization’s interim president in 2012. In August 2013, President Obama awarded Vivian the Presidential Medal of Freedom. Vivian passed away in mid-July from natural causes. He was 95. C.T. Vivian’s courage, hard work, and dedication show us what can be accomplished when we stand up for our collective freedom.

“We have to have the ability to tell our own stories.”

Representative John Lewis, the son of sharecroppers, became one of the most celebrated figures of the civil rights movement. For more than three decades, he served as the US representative for Georgia’s 5th Congressional District. Known as the “conscience of Congress,” Lewis was admired by members of Congress from both sides of the aisle for his high moral standards and ethics. Influenced by the words of Martin Luther King, Jr., Lewis began organizing as a student at Fisk University, later participating in the first Freedom Rides. He co-founded the Student Nonviolent Coordinating Committee (SNCC) and became its chairman from 1963-1966. By the time he was 23, he was considered one of the “Big Six” leaders of the civil rights movement and was one of the planners and keynote speakers at the March on Washington in August 1963. With civil rights leader Hosea Williams, Lewis organized over 600 peaceful protestors to march across the Edmund Pettus Bridge in Selma, Alabama, for the right to vote. Met with brute force by the police, the confrontation would later be known as “Bloody Sunday.” The brutal confrontation led to the passage of the Voting Rights Act of 1965. In 2011, President Obama awarded Lewis the Presidential Medal of Freedom. In mid-July, at the age of 80, John Lewis passed away after a six-month battle with cancer. John Lewis’ immeasurable influence lives on in the Black Lives Matter movement. Getting into “good trouble” is vital in the fight against injustice.