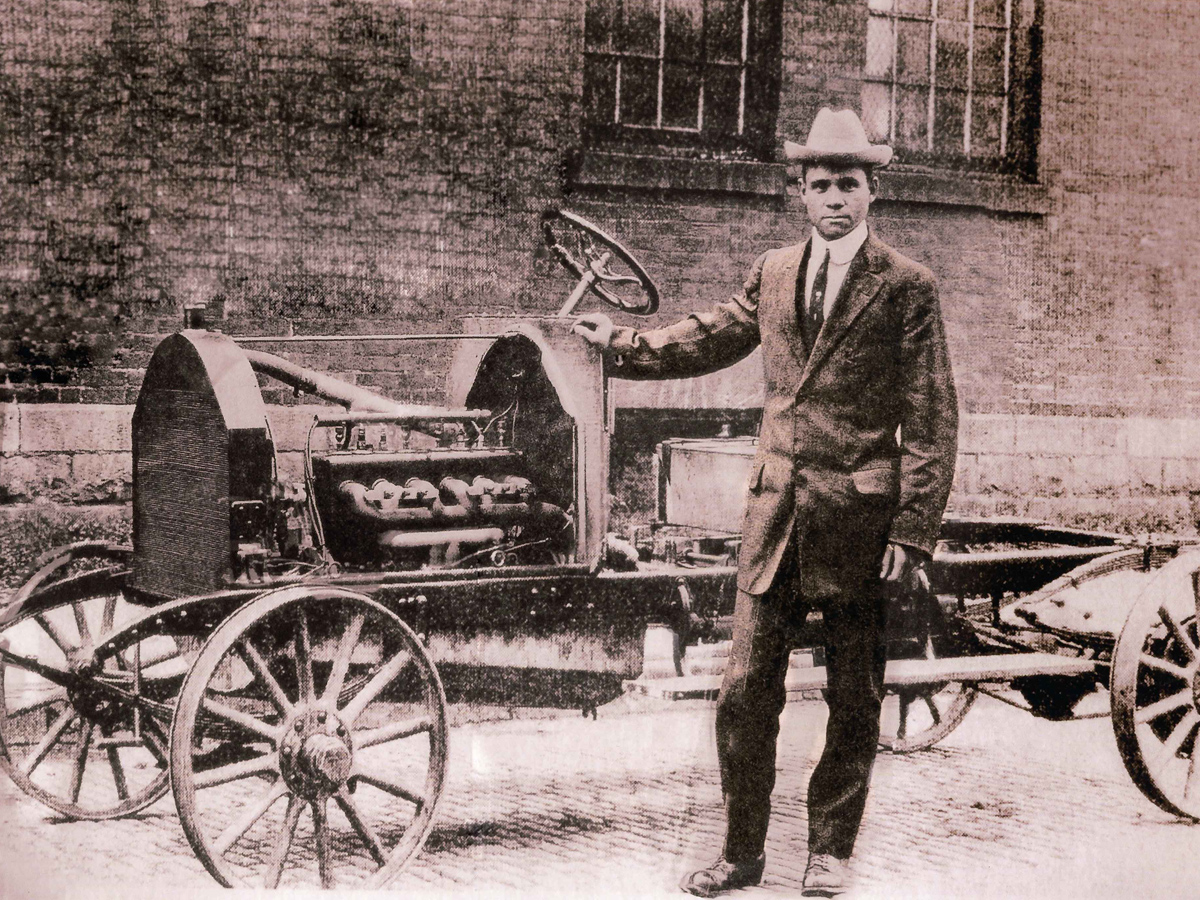 Charles Richard “C.R.” Patterson founded the only African American automobile company, ever. He was born into slavery in Virginia in 1833 and his family, by the grace of God, escaped bondage to settle in Greenfield, Ohio, sometime in the 1840s. Patterson would go on to learn the blacksmith trade and eventually began work in carriage making for Dines & Simpson. While working at Dines & Simpson, Patterson was recognized for his ability to build high-quality carriages.

In 1910, Patterson died and Frederick, his eldest son, took over the business. He was college-educated and the first African American to play football for The Ohio State University. Frederick knew that the automobile would be the future. In 1915, they launched the Patterson-Greenfield automobile for $685. In 1919, due to the inability to scale and keep up with the cost of production, the company stopped production and began focusing on car repairs. In the 1920s, the company pivoted to building truck and bus bodies, which proved to be a success. C.R. Patterson and Sons closed in 1939 after 74 years in business. Despite the lack of broad support, C.R. Patterson built a legacy for his children and future descendants. In his editor’s note, BK Fulton ponders the impact C. R. Patterson might have had if his company had received the financial backing and support afforded to others like Henry Ford. It is a what-if worth thinking about.

Here, Frederick Patterson speaks fondly about his father at a 1901 meeting of the National Negro Business League:

“A college education has nothing to do with making a successful business man. Often [I] thought [my] father was wrong but every time it was [I] who was wrong, and [my] father was right… [I]n carriage making, it takes a man of common sense, push, and hustle.”