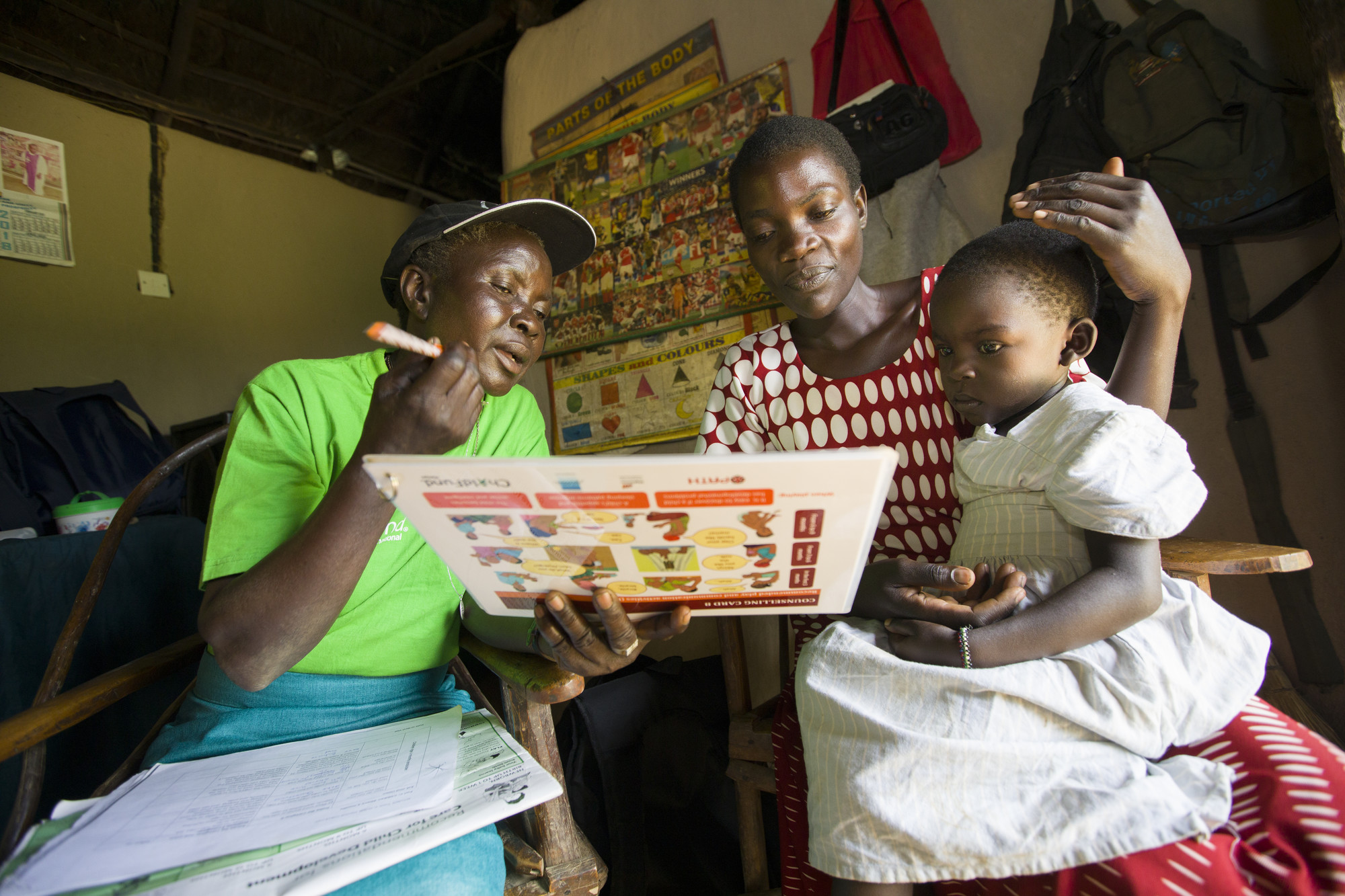 Kenya: A community health volunteer makes a house call to a mother and child.
Photo credit: Jake Lyell for ChildFund.

“Lend a helping hand to the adults of tomorrow.”

For our September issue, we highlight ChildFund. ChildFund (founded in 1938) is a nonprofit based in Richmond, Virginia. The organization has a worldwide reach: working in 24 countries and supporting 10.5 million children across the globe. According to President and CEO Anne Goddard, the mission of ChildFund is to “help children live at their full potential, whatever that looks like for them.” They reach this goal through mostly child sponsorship. “Sponsorship connects caring people to a child who could use their support, whether that child lives in a pastoral community in Kenya, a makeshift house on the outskirts of New Delhi or a lower-income community right here in the U.S.,” Anne says. “And while we also work with governments, corporate partners and other individual donors besides sponsors, that one-to-one relationship between a child and a sponsor is really the fuel for what we do. A sponsor’s friendship and encouragement can inspire a child to dream bigger, reach higher and know their own value. It’s powerful beyond measure,” she says. 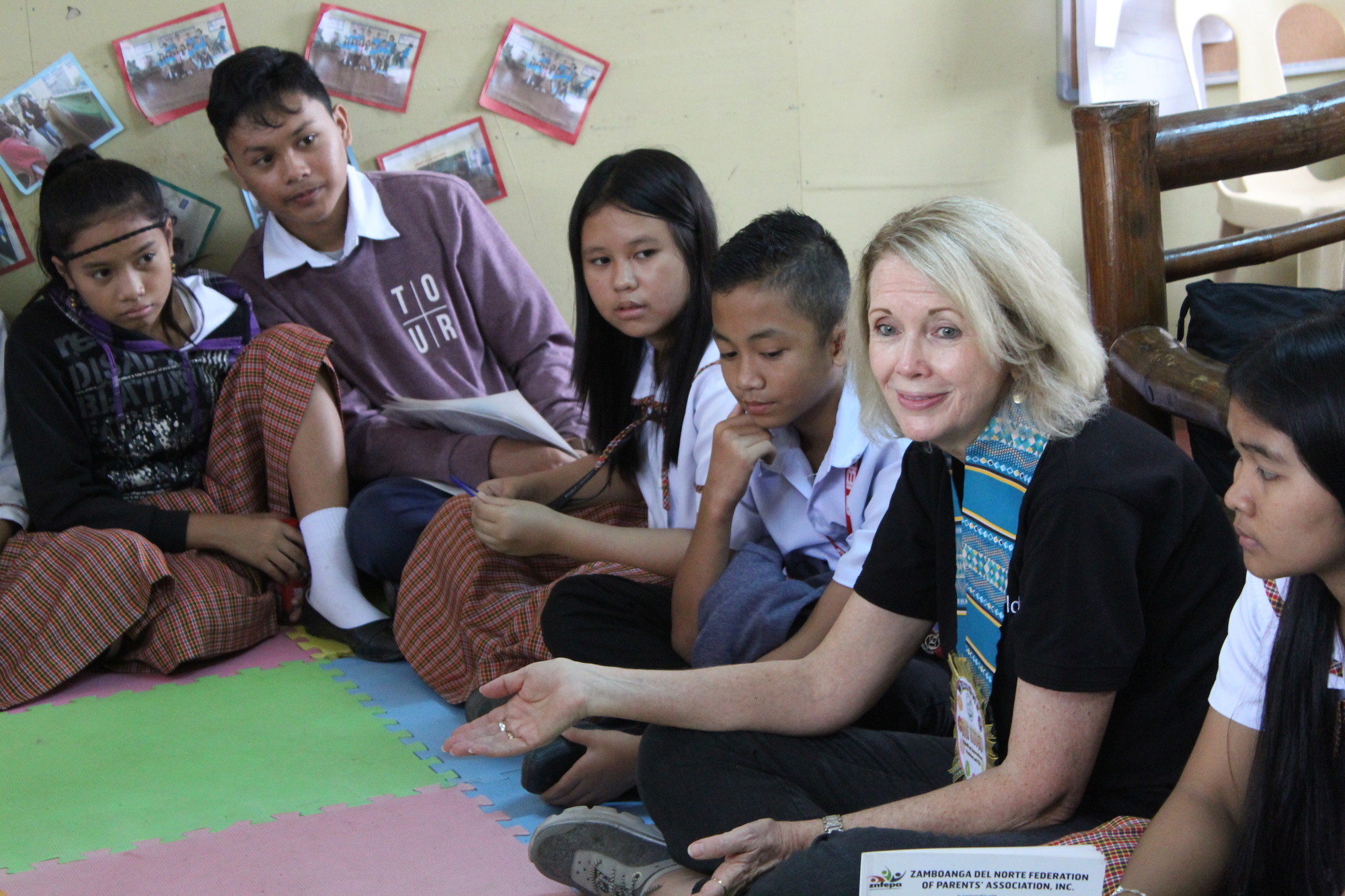 Philippines: Anne at a ChildFund-supported teen center at a high school, where she met with youth leaders, teachers, and counselors. Photo courtesy of ChildFund.

In recent years, ChildFund has made a huge push to protect children from violence. According to the CDC, over 1 billion children experience some sort of violence every year. “It has a tremendously negative impact on brain development that science is only now beginning to fully measure and understand,” Anne says. In India, ChildFund is helping girls avoid child marriage through the empowering force of soccer. In Kenya and Zambia, they are encouraging the concept of responsive parenting. “Caregivers learn about nonviolent discipline and build healthier relationships with their children,” Anne says. In Honduras, ChildFund worked with parents and teachers alike in violence prevention training. Their efforts led to a 56 percent reduction in violent incidents at school. In 2018, Anne traveled to Colombo, Sri Lanka, to attend the launch of the ChildFund-supported Alliance of Youth to End Violence Against Children. There, hundreds of youth came from around the country to protest violence against children and demand better laws that would protect them. In the States, ChildFund recently worked with legislators to draft and introduce a congressional resolution to end violence against children. This laid the path for the government to make the issue of violence against children a priority.

Anne emphasizes that violence against children negates the other work organizations like ChildFund do to make their lives better. “Nutritious food can only go so far in a stomach twisted by terror,” she says. “It’s hard to concentrate on getting an education when you’re being sexually harassed or bullied at school. A child might have a roof over their head, but if their caregivers neglect or abuse them, it’s not a home.” In ChildFund’s Small Voices, Big Dreams survey—a survey that gives voice to the concerns of children around the world—children were asked: “How can adults protect children better?” The answer: “Love children more.” “That spoke so deeply to me. To paraphrase Nelson Mandela, if we don’t treat our children with the love they need and deserve, what does that say about our society’s soul?” Anne says. 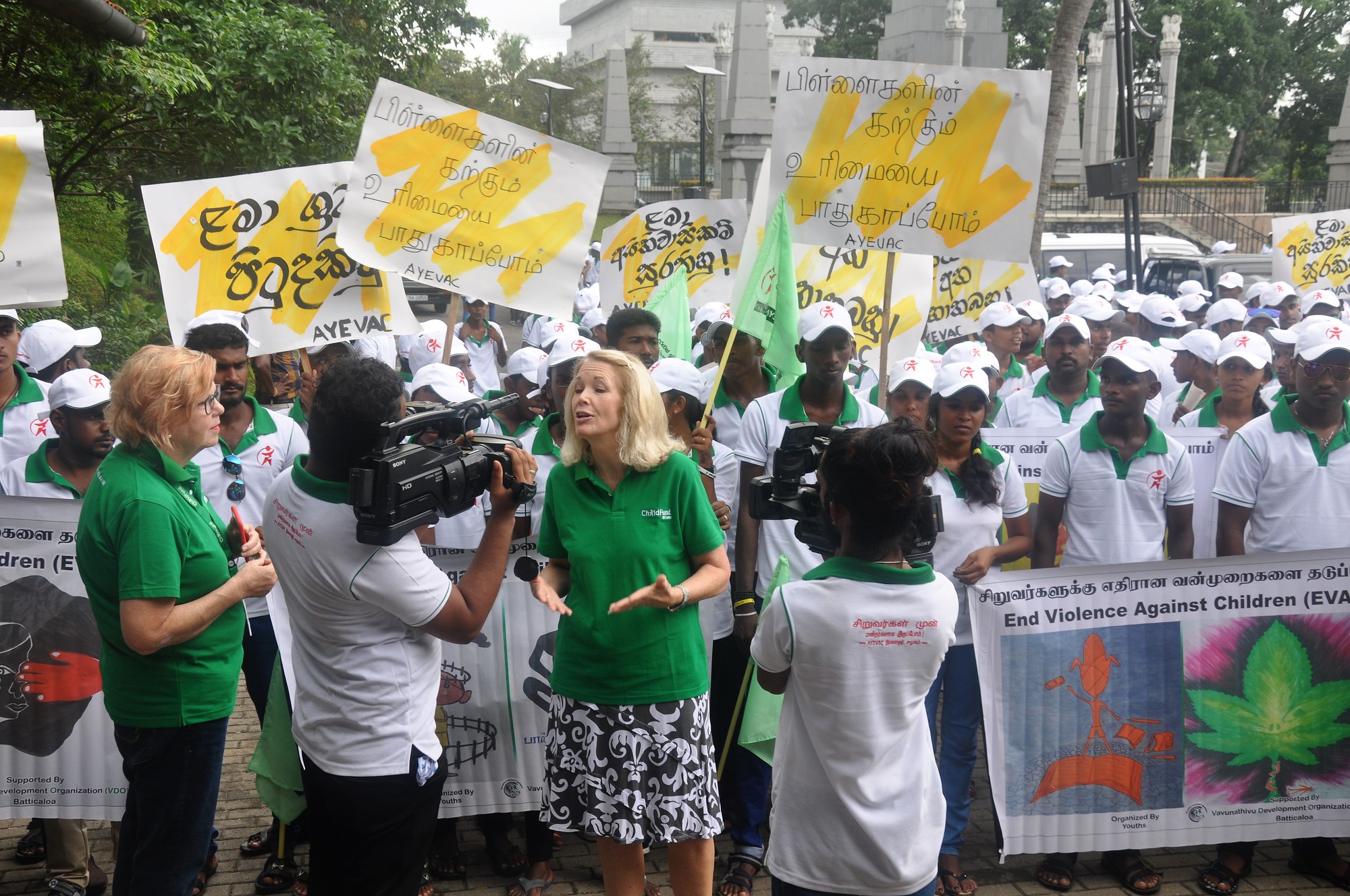 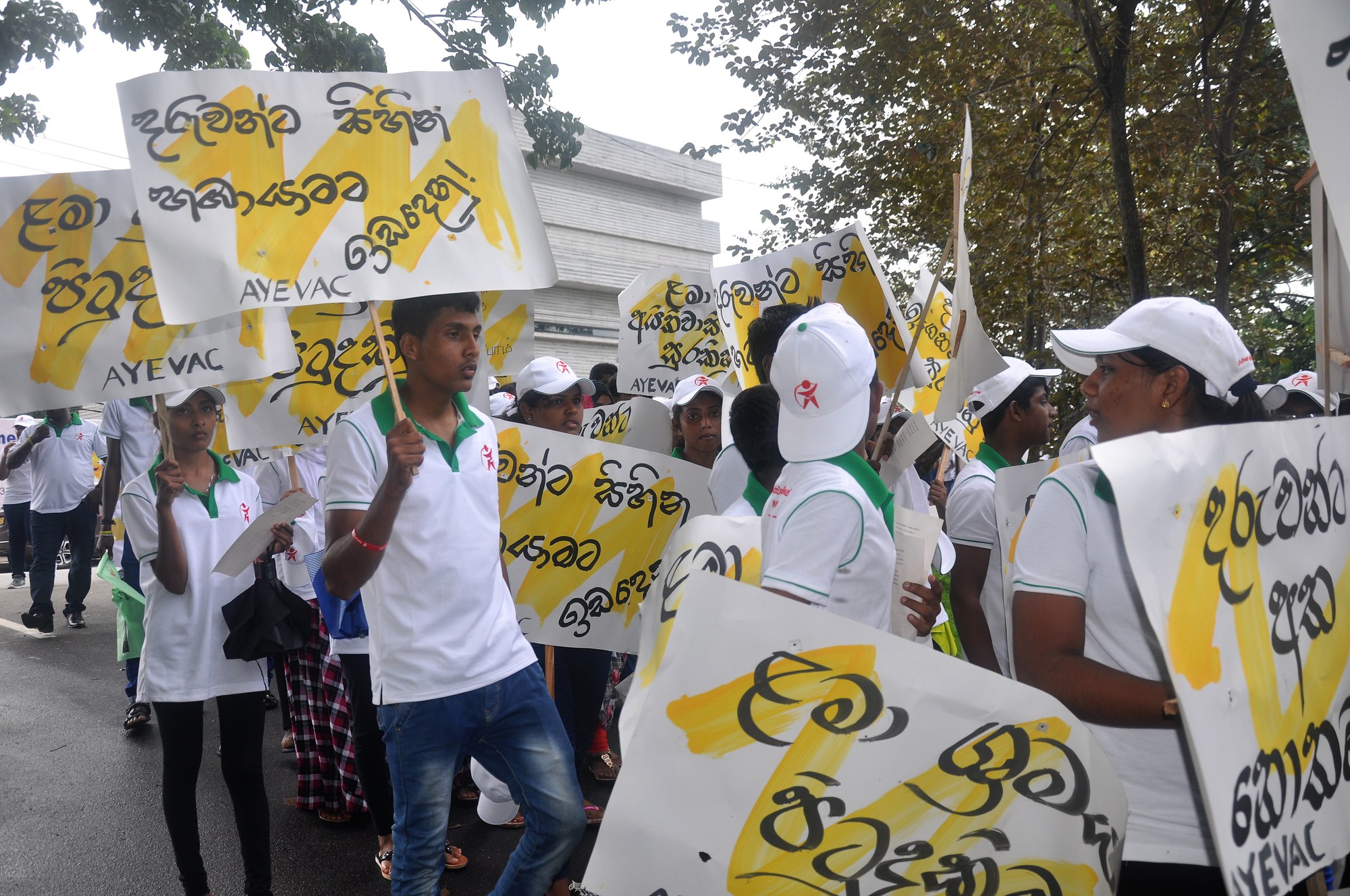 Sri Lanka: The Alliance of Youth to End Violence Against Children marches in Colombo. Photos courtesy of ChildFund.

“We’re really embracing our roots as a force of connection, heart to heart,” she says. “At a time when the world seems to be fixated on our differences, the work of helping people see each other’s full humanity has become more urgent than ever. When we connect people, we open the way for them to become part of each other’s stories. Those little connections can be more powerful than our differences, and that’s exactly what ChildFund does,” she says. “I’m a firm believer that social change of any kind, in our communities or in the world, starts with children and young people. Most people don’t believe they can change the world, but they do believe in their ability to change one child’s life. That’s within reach and necessary, in my opinion, for every one of us.”