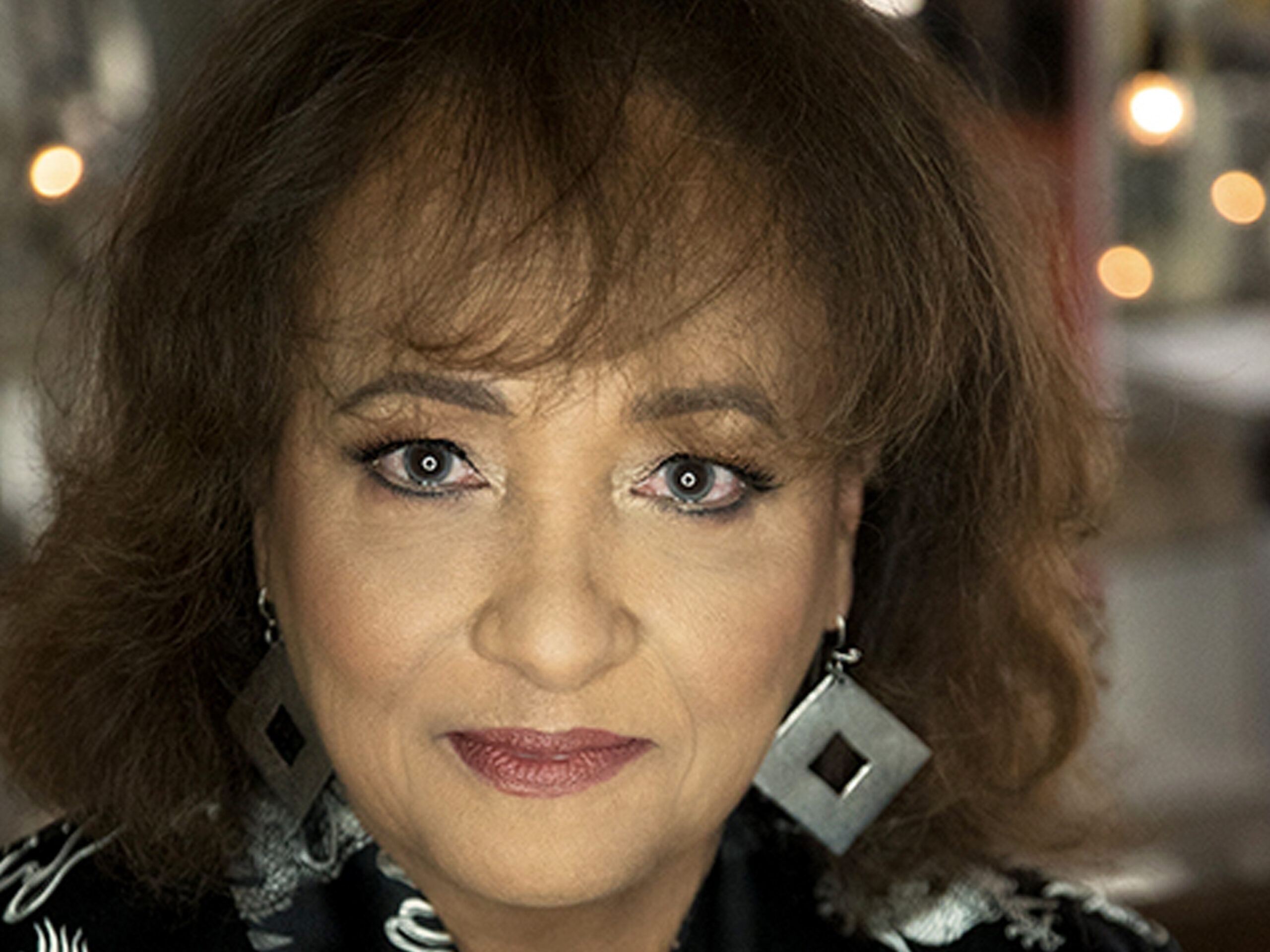 Daphne Maxwell Reid is a champion for uplifting people of color. Mostly known for her role as Aunt Viv from the hit sitcom The Fresh Prince of Bel-Air, Daphne has done so much more. She is a photographer, designer, and actress. Born and raised in the Amsterdam Houses, a low-income housing project in Manhattan, her parents prioritized education. She attended The Bronx High School of Science where she received a rigorous education that challenged her as a student. It all paid off when she received a scholarship to Northwestern University. Daphne was 1 of 36 black students at Northwestern University in 1966.  She became Northwestern’s first black homecoming queen. She was also the first African-American woman to appear on the cover of Glamour magazine (1969). In 1970, she received her degree in interior design and architecture from Northwestern.

After moving to Chicago, Daphne did modeling and commercials before moving to Los Angeles to work in the television industry. She guest-starred on Hill Street Blues, WKRP in Cincinnati, and Simon and Simon. It wasn’t until Frank’s Place that Daphne was cast in a leading role. She played alongside her husband, Tim Reid, as Hanna Griffin. This laid the groundwork for her casting in The Fresh Prince. Daphne continues to act to this day. Last year, she played Miz Lucy in the box office hit Harriet.

As a young actress and model, she created her own outfits. She learned how to sew from her mother. Today, she has her own clothing line, Daphne Style, specializing in colorful Chinese silk brocades toppers and linen swing coats.

In 1997, Daphne and Tim opened New Millennium Studios in Petersburg, Virginia. For nearly 20 years, they brought film and other media business to Virginia and created diverse and positive stories of people of color. It was Virginia’s first full-service film studio and one of the first in the nation to be owned and operated by African Americans. In 2012, Steven Spielberg used the studio to shoot Lincoln. After selling the studio in 2015, they opened a full-service creative space in the Manchester neighborhood of Richmond, Virginia. The current studio is designed to accommodate the needs of today’s filmmakers and creatives.

As we deal with COVID-19, Daphne Maxwell Reid encourages us to come together as a community, and pass down the traditions we may have forgotten or no longer practice with regularity…

“These extraordinary times of pandemic, lockdown, and uncertainty present an opportunity for all of us to rally our inner “mother wit”. We need to get together, metaphorically, as a community to shore up our families with healthy home-prepared meals, while teaching our children the skills we learned from our parents and grandparents. We need to share our knowledge about the responsibility we have to ourselves, our families, and our communities. Home-based opportunities abound. It’s time to remember how to sew, how to cook, and how to clean our surroundings. We have the time to learn or refresh some skills that may have passed by our consciousness in years gone by. We are responsible for ensuring that our communities return to being the havens of prosperity that will benefit us all. We have done it time and time again.  We certainly have the time! It’s time…again.” – Daphne Maxwell Reid