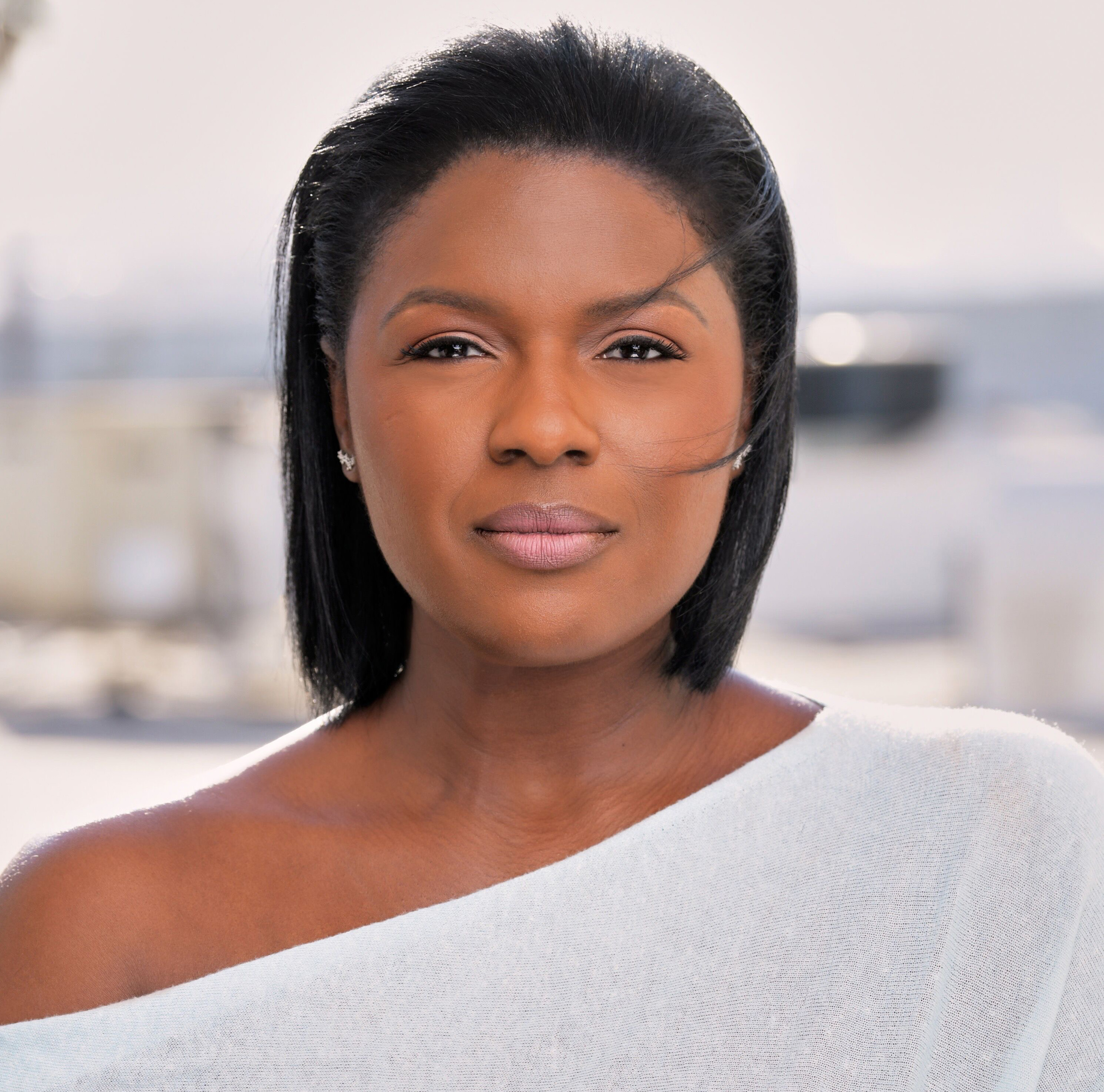 “Always look for ways to grow.”

When Deborah Joy Winans was growing up in the influential and legendary Winans family, she knew that acting would be one gift that she would share with the world. “I am an actor,” she proclaims. “That is all that I have ever loved and ever wanted to do as a career. I got my BFA in acting, spent a month in Moscow training in the Moscow Art Theatre School, and received my MFA in acting from the California Institute of the Arts.” While Deborah Joy trusts her singing ability, her role as Charity on the hit show Greenleaf was what got her to reveal her acting talent to the world. Singing (she will be releasing new music in April) is secondary to her acting. “Acting is my passion and love,” she says.

Looking back at her childhood, Deborah Joy remembers the seasons and the extreme temperatures they produced: “The winters were extremely cold and the summers were extremely hot.” The members of her family were hard-working individuals who loved what they did. She remembers the people of Detroit who were “resilient and loyal.” As she navigated through the entertainment industry, she knew that it wouldn’t be easy to land work. “I learned that I am in a career where you get a lot of no’s,” she says, “but you have to keep moving forward if this is something that you love and have been called to do.” 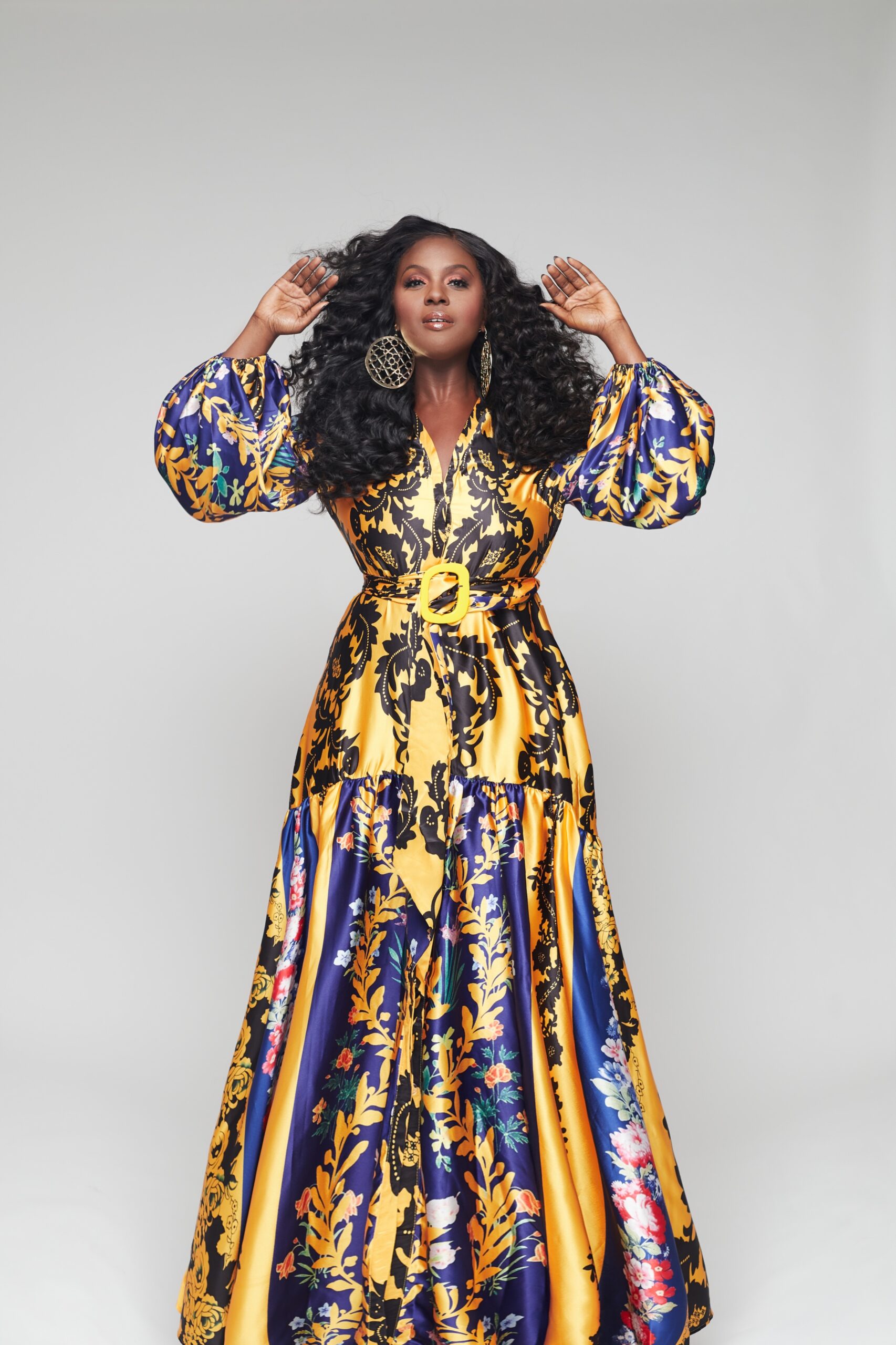 From playing her aunt CeCe Winans in the Lifetime biopic Whitney to her role as Charity on Greenleaf, Deborah Joy has shown range as an actress. “When you think you are done growing, I think that means you should look at doing something else,” she says. “There is always room to grow.” As she continues her acting journey, she says she is grateful for the opportunities she has had. She continues to learn from her mistakes and she is aware of the importance of being present in the moment.

When deciding on a role, Deborah Joy considers if the character has enough meaning and substance. The character cannot be one-dimensional. “At the end of the day, you want to make sure that you are doing something that touches people,” she says, “that changes people, that makes them feel good, that makes them start a conversation. You want your art to mean something.” Her fans appreciate this. They have sent Deborah Joy inspirational messages, telling her how her work has given them a new perspective on life. “It has been beautiful,” she says. 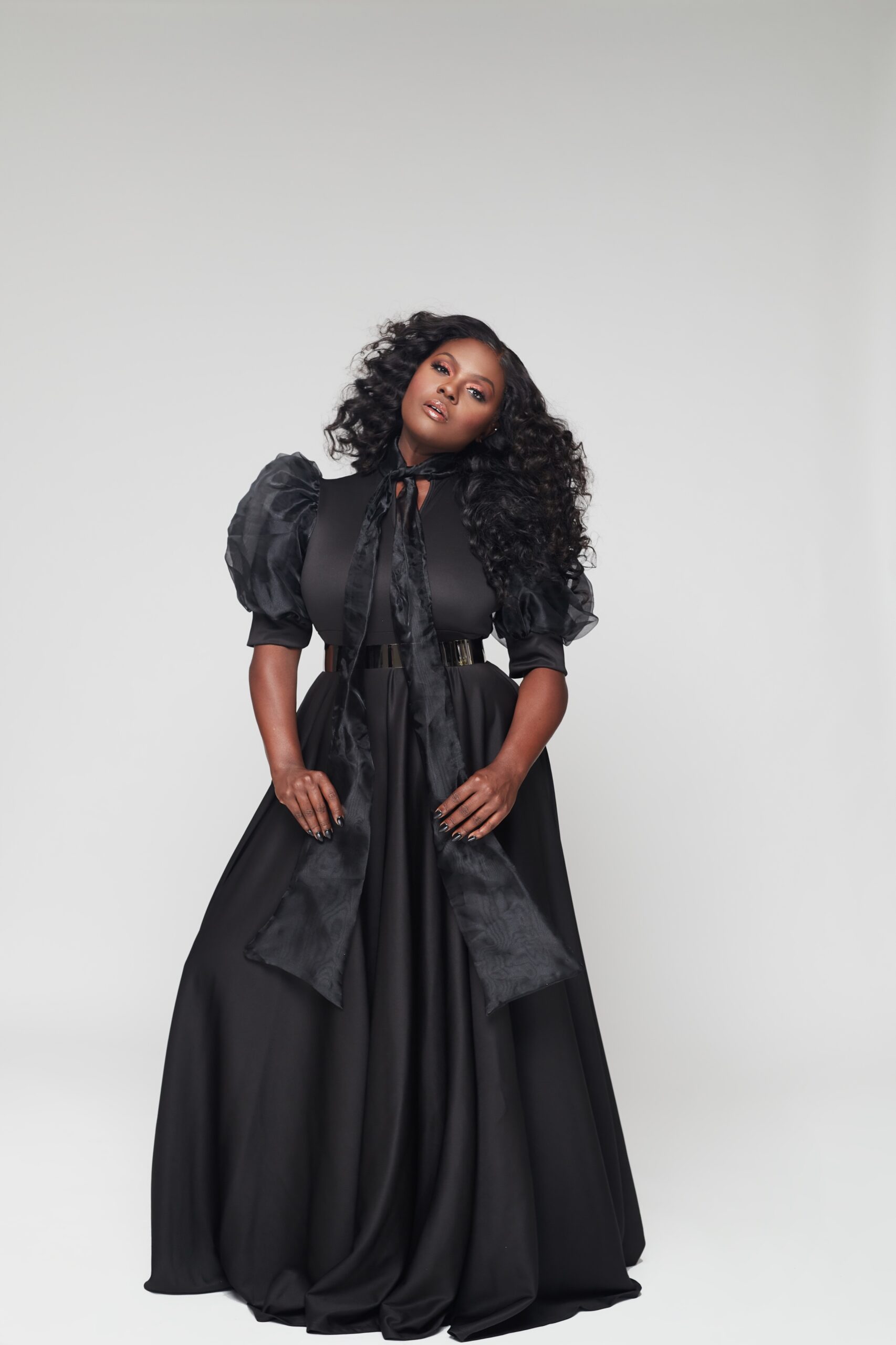 Faith, of course, is a big part of Deborah Joy’s makeup and because of this, faith has influenced her career. “I am meant to bring light and life to somebody,” she says. When Deborah Joy walks into an audition, she goes in with the attitude that what is meant for her will find its way to her. She does not need to be anyone else to achieve success. “You cannot steal what God has for me,” she says. “My faith has allowed me to rest a bit easier and understand that no matter where I go, I can always be kind and I always know my love for God will come through regardless.”

In her new Lifetime film, The Color of Love, Deborah Joy plays Monica Henderson, a widow with two kids who takes in foster children from time to time. After two of the children, Peter and Rachel, flee their current foster home, she takes them in. There is one conflict: Monica and her family are black, and Peter and Rachel are white. Monica’s boyfriend,  Theo, thinks they would be better with a family who is of the same race. But this goes against Monica’s belief that love can conquer all. 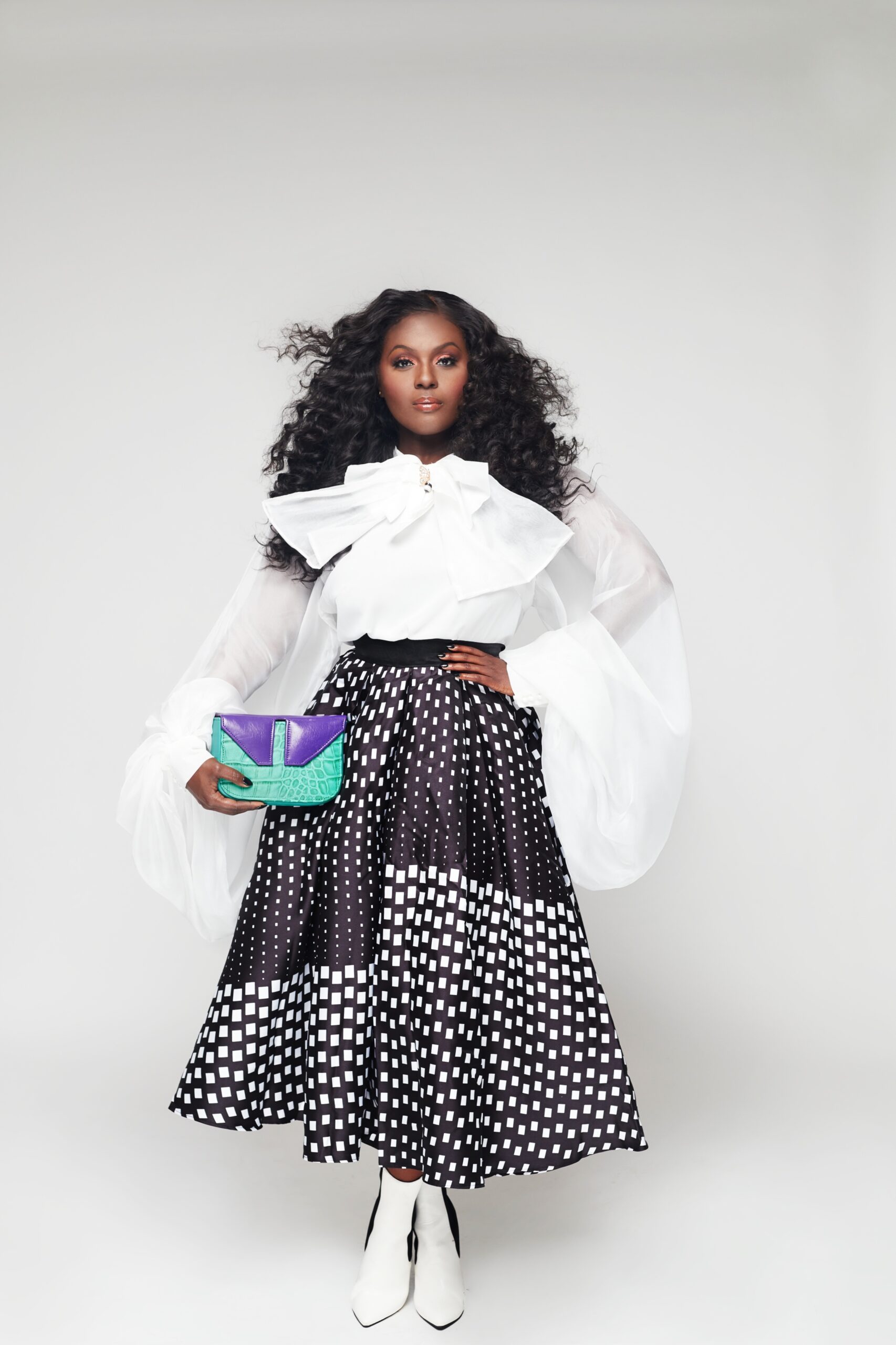 Deborah Joy was given the script by her dear friend Tamara LaSeon Bass, the director of the recent TV One film Don’t Waste Your Pretty, in which Deborah Joy starred as a lead opposite of Keri Hilson. After reading the script for The Color of Love, Deborah Joy fell in love with the character and message. “It is about how love, unconditional love, can show through regardless of how people feel or what people say,” Deborah Joy says. “Monica has a really big heart and suffered a lot of loss. She is at a point where she does everything that she can to make not just her home a better place, but the world a better place.” Deborah Joy hopes that viewers can be more tolerant and open towards each other in a time where many of us are having uncomfortable but necessary conversations about race. “This is something that is not often told and is something that people need to hear and see right now,” she says.

Reflecting on COVID and her 2020, she says that, like many of us, she took the time to reflect on what was working and what wasn’t. “I’ve been reflecting and making sure I am where I am supposed to be,” she says. “Not just workwise, but spiritually and physically. There is always something to work on for yourself.” 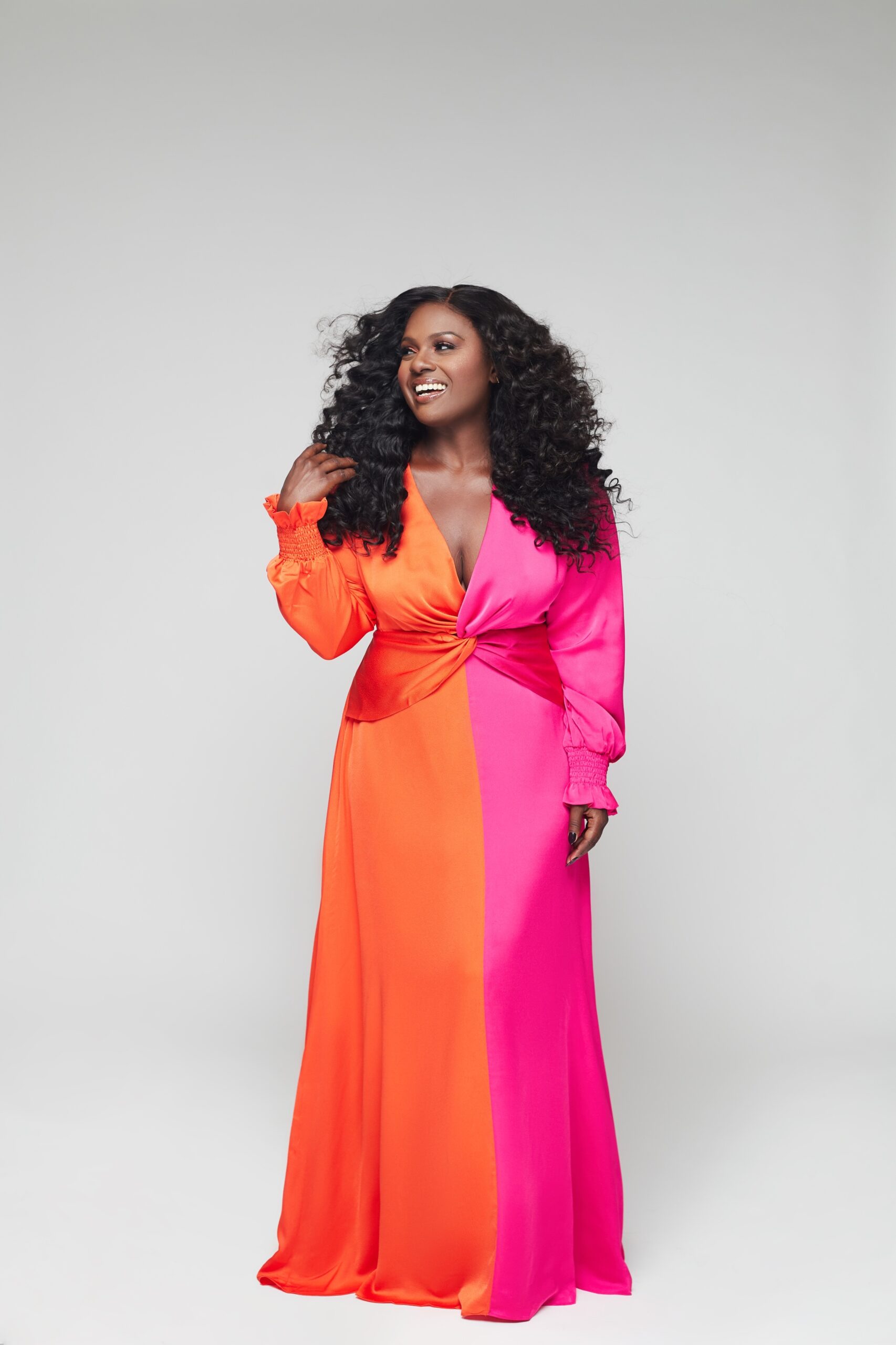 When asked if she had any advice for young people who want to break into the industry, Deborah Joy advises that beyond hard work, having thick skin is a must. “You can never have enough training. They should be willing to work hard and understand that you will get a lot of no’s before you get a yes,” she explains. “All that does is help you continue to build who you are and who you are meant to be.”

Deborah Joy Winans hasn’t been in the industry for long but she is having a good time following her passion. “I just love what I do and I am always looking for ways to grow,” she says. This is just the beginning for Deborah Joy. “I don’t think I will ever say that I’ve made it,” she says. “I will always say that I am very grateful for whatever job I’ve done and hope to continue to go further.”