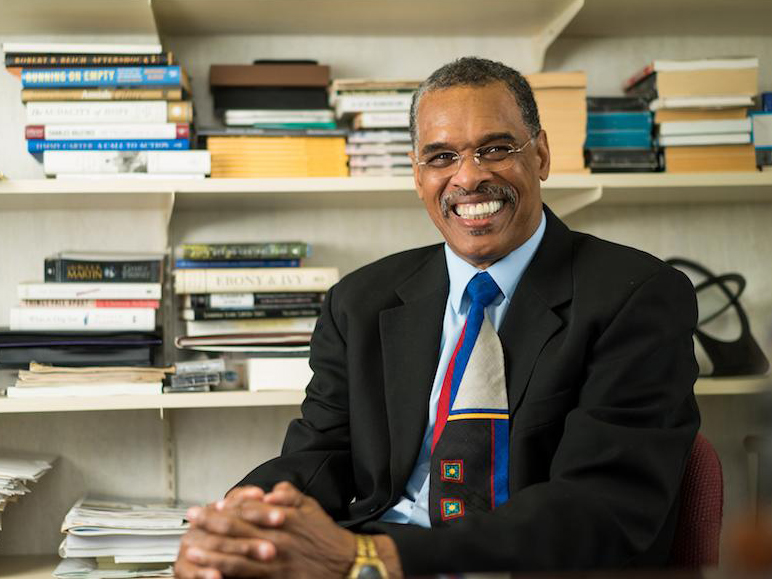 Dr. Alexander Gabbin is one of the founders of the National Black MBA Association. Today, he is a KPMG professor and director of the School of Accounting at James Madison University (JMU). He grew up in a working-class neighborhood in East Baltimore and went on to graduate from Howard University with a degree in economics and mathematics. After graduating in 1967, he married Joanne V. Gabbin, who is now an English professor at JMU. Dr. Gabbin was working a job he had no passion for when his fraternity brother, Milam Fitts, encouraged him to join him in business school at the University of Chicago. He applied and was accepted. The black MBA students would discuss the need for a conference that would address issues that concerned them. In 1969, Tony Jackson and George Bradshaw began to make plans for a conference for black MBAs and asked Dr. Gabbin to be the budget director. He took them up on their offer. With the help of Dean Harold Metcalf, they were able to spread the word to other MBA programs. The participating programs agreed to send two delegates from each program to attend. Dixie Moon of the Metropolitan Applied Research Center gave $10,000 in support of their $13,000 budget. The two-day conference was a success.

Dr. Gabbin’s life experiences motivated him to organize with other MBA students. He was an avid reader, coming of age in an era where racism was blatant. While he respected Martin Luther King, Jr’s perspective, he was more drawn to Malcolm X’s radical teachings of self-resilience. “I knew I was just one of those black men who was fortunate…and I had the responsibility to leverage my good fortune into an effort that would ultimately help my people,” he says. Dr. Gabbin has never shied away from working his corner. Our time is limited, so we must do what we can to inspire while we are alive and well.

“Life is something you don’t play with; you treat each day
seriously because you don’t know when you will get another one.” – Dr. Alexander Gabbin