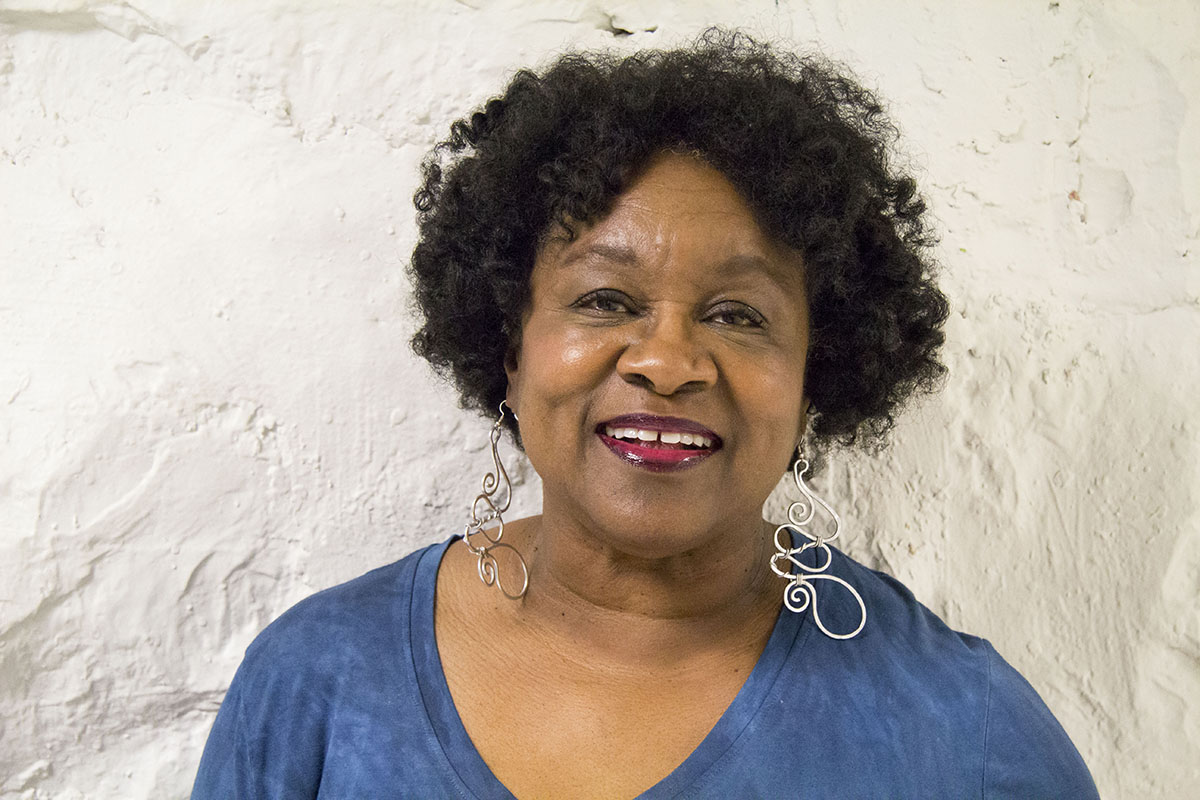 Dr. Joanne V. Gabbin is a professor of English at James Madison University (JMU). Her story began on the Eastside of Baltimore, Maryland. “The distinction is important because when I grew up in the 1950s and 1960s, the Westside blacks turned their noses up at the working-class folks who toiled in the furnaces at Bethlehem Steel and on the docks of the Baltimore wharf,” she says. Her father was an expert cement mason who took pride in his work. “He used to point with pride to the bridges and tunnels in Maryland that he helped to build,” she says. Her mother was a part-time domestic worker who was a landlord to the families who lived in her neighborhood. “She was benevolent,” she recalls. “When she died at the too-young age of 56, she owned seven fully rented row houses.” Both of her parents were born and raised in North Carolina in large families. The children were expected to work in the tobacco and cotton fields to help maintain the family’s assets. 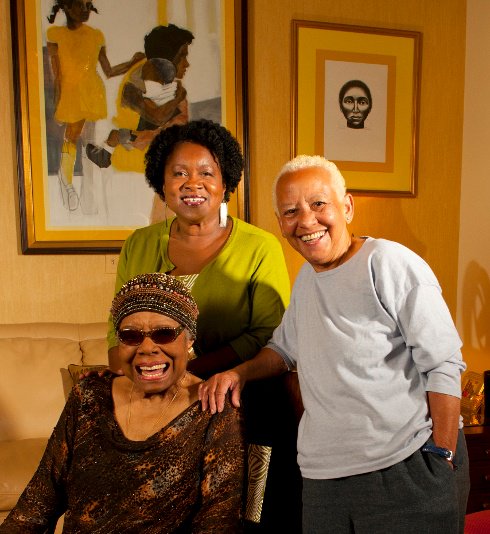 Dr. Gabbin with Nikki Giovanni and the late Maya Angelou.

Dr. Gabbin became an avid reader at the age of seven. Her mother would bring home what she calls “cast-off books.” They were books her employers’ children grew tired of. This is when she found her love for the written word. “I wanted to be a writer so that I could touch others with my words,” she explains.  As a young adult, she went off to Morgan State College to study English. She went on to get her Ph.D. in English and Literature from the University of Chicago.  Throughout her career, she has worked in a variety of settings and occupations: journalist, literary scholar, critic, editor, poet, and educator.

In fact, she’s working on a poetic memoir. “I feel most comfortable in the medium of poetry, so I am trying to remember the important people and events in my life in a way that honors the spirited verve of Nikki Giovanni and the eloquent terseness of Lucille Clifton,” Dr. Gabbin says. Dr. Gabbin cites Sterling Allen Brown, Gwendolyn Brooks, Margaret Walker, and Sonia Sanchez as literary mentors. Along with her literary mentors, she also appreciates the everyday women who helped her grow as a person: Georgia, Jessie (her mother), Nellie and Mae, the Smallwood sisters who made a great life for themselves in Baltimore after moving from Windsor, North Carolina, during the Great Depression. “They all will figure prominently in my memoir,” she says. 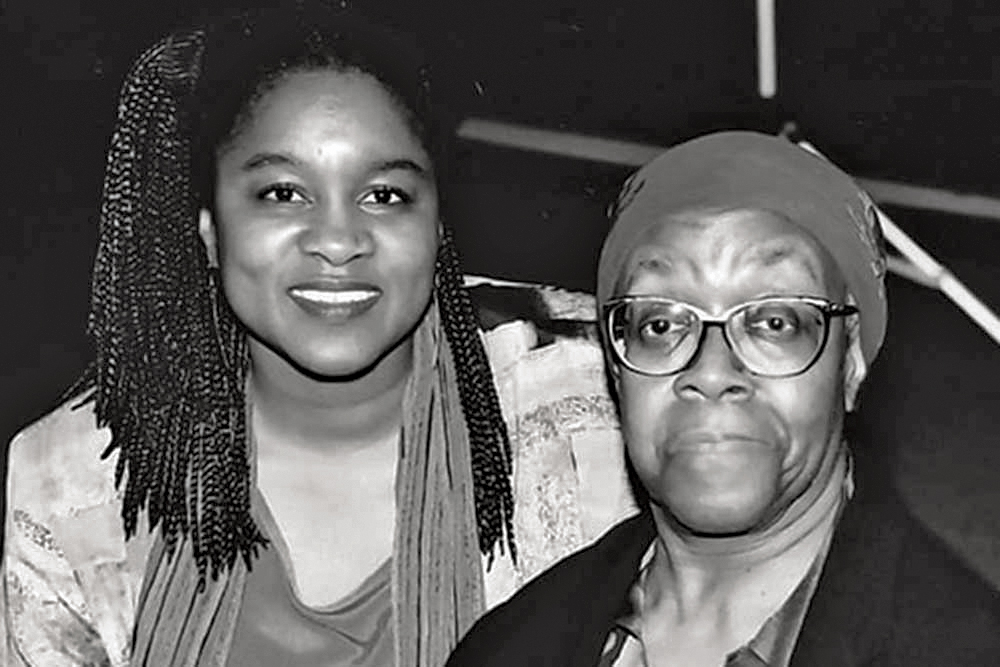 For Dr. Gabbin, music played an integral role in her story. When she’s writing about a specific time, Dr. Gabbin will play the music from that time period. The music transports her back to that period and restores the feeling and memories of that moment in her life. She grew up listening to Mahalia Jackson, the Soul Stirrers, the Motown Pantheon, and Aretha Franklin. “This music got me through some of the most tragic times in my life and punctuated the resiliency that the human spirit has to overcome all kinds of adversity,” she explains. 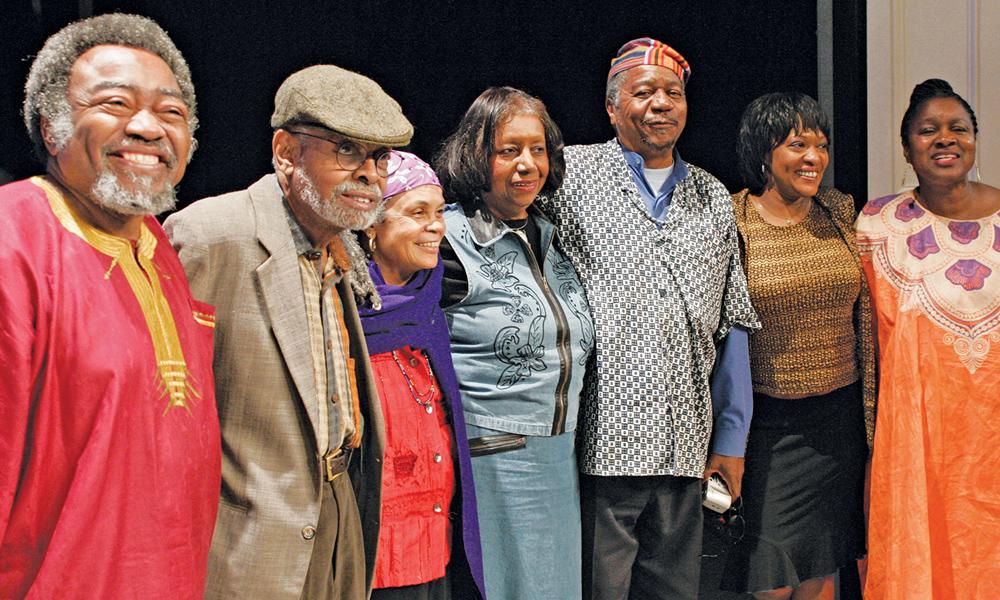 Dr. Gabbin’s career has afforded her an opportunity to support, encourage, and promote the work of poets, artists, and her students. In her 50 years of teaching at colleges and universities around the country, Dr. Gabbin has built an award-winning honors program at JMU, curated a fine arts gallery, and established the Furious Flower Poetry Center, the first academic center devoted to Black poetry in the United States. She hopes she can take this time to reflect and show gratitude to those who have appreciated the work. “I hope a few good poems will come out of this exercise,” she says.