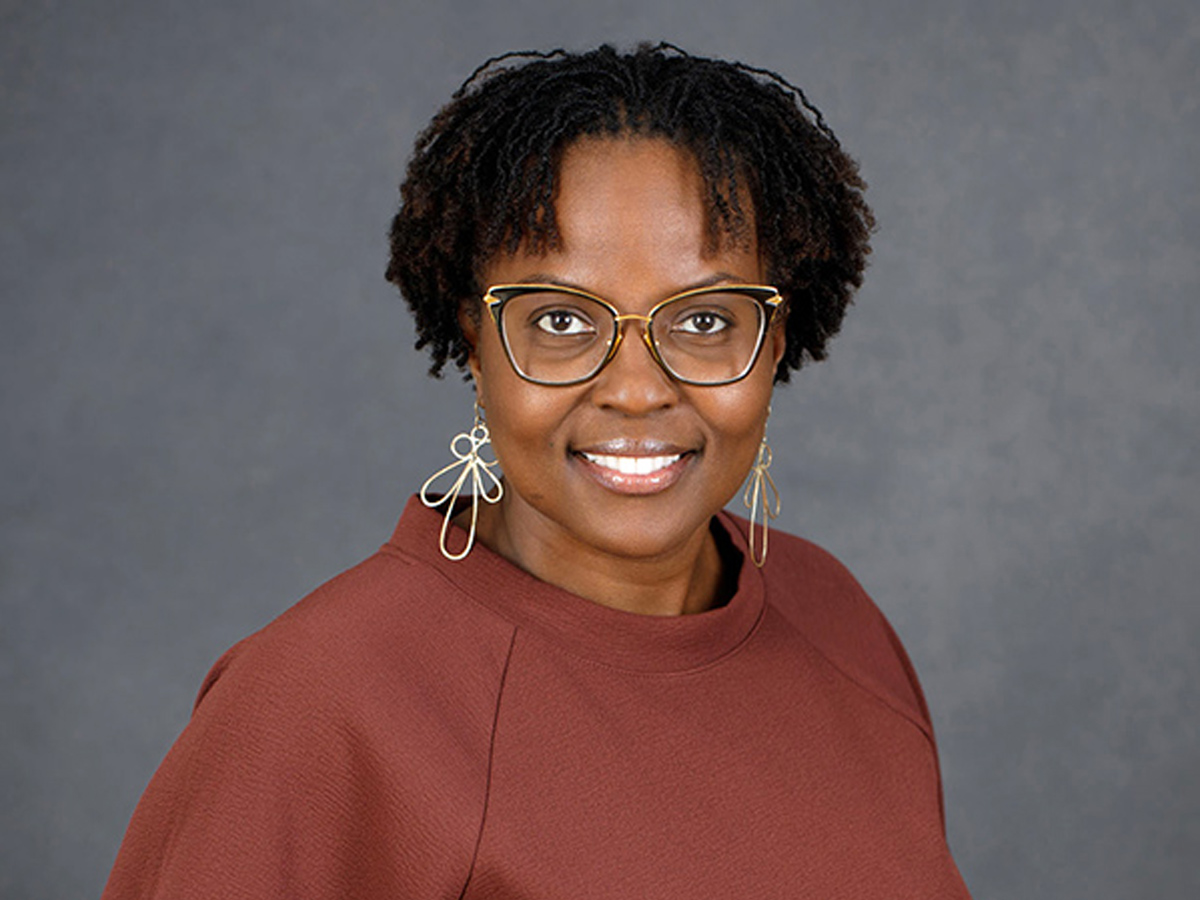 Angela Patton, CEO of Girls For A Change. Photo by Kim Brundage.

“Be there for them in the long haul.”

Girls For A Change (GFAC) was created with the goal to help girls of color to succeed from the 1st through the 12th grades. Based in Richmond, Virginia, GFAC has been nationally recognized as playing a vital role in preparing young girls for an increasingly digital world. “We truly make sure our girls are seen, heard and celebrated by having a tiered approach to our program,” says Angela Patton, CEO of Girls For A Change. “We start early, stick with them and stay with them until they experience success.” 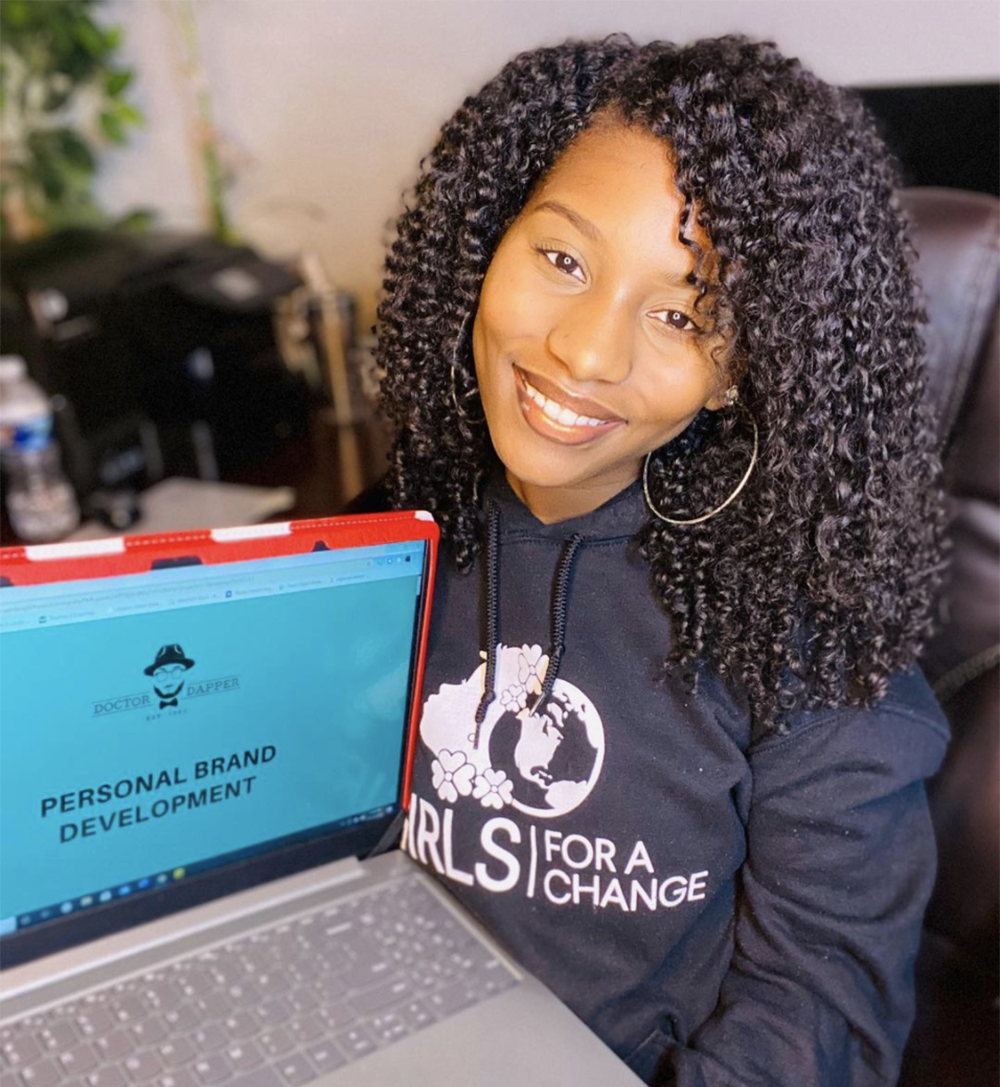 Before she became CEO of GFAC, Angela founded Camp Diva, a summer program that provided camp activities with an emphasis on STEAM (science, technology, arts, and math), and other social and life skills for young girls. The program was founded in 2004 to honor Diva Mistadi Smith-Roane, a five-year-old who died in a firearm accident earlier that year. In 2013, Camp Diva merged with GFAC, based in California, and Angela was named CEO of the organization. Transforming Camp Diva into one of the many programs that GFAC provides, Angela was pivotal in honing the focus of the organization on girls of color, specifically black girls. “We see black girls as the greatest resource on the planet,” she says. “But unfortunately, black girls also are too often one of the most wasted resources.” Since taking the position of CEO, Angela and her team have created programs that have expanded GFAC beyond Central Virginia. 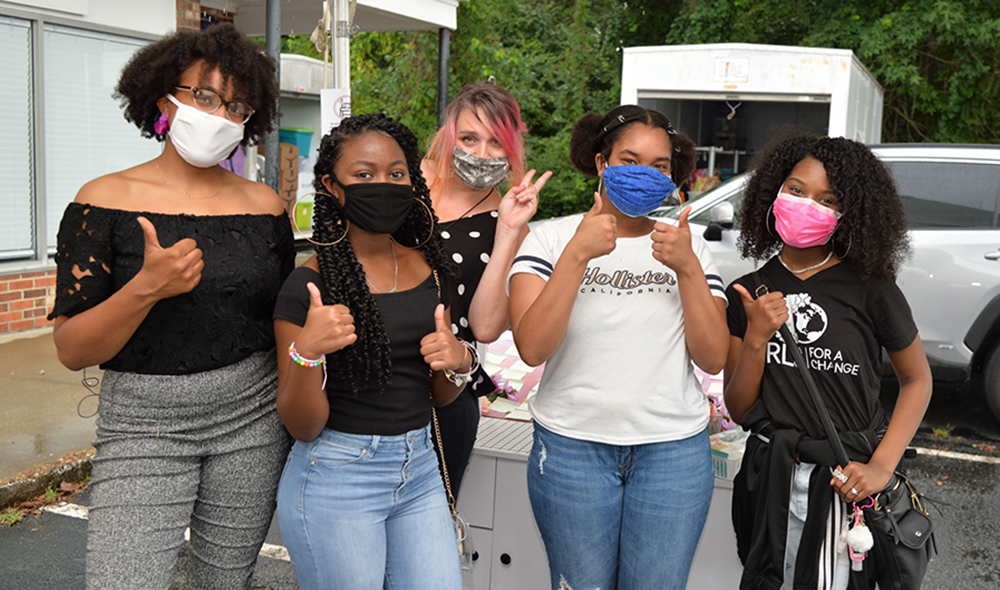 GFAC’s Girl Ambassador Program is a workforce program that follows the girls through all four of their high school years and provides them with hard and soft skills that will prepare them for post-secondary life. The program works with employers that will provide internships for the girls before they graduate high school. “It gives the girls an idea of what is available and possible for them when they become adults,” Angela says. “A lot of times we don’t think about a job in politics or how we can work in a creative job at a company like Capital One.” The girls are linked together with mentors who take the time and effort to get to know the girls and understand where they are coming from. “We want them to get paid. We want them to understand their worth and the value of relationships,” she says.

“We see black girls as the greatest resource on the planet.”

Now that being virtual is the new norm, Angela is working to scale GFAC’s programs to meet the needs of more girls virtually. Angela is also planning how the organization will operate post-COVID. “I am thinking about expanding to more cities in the South,” she explains. “I know there are so many cities that could benefit from something like Girls For A Change.” After her girls graduate high school, Angela says they will always have their support. Angela continues to look for ways GFAC can assist the girls even beyond the initial scope of the program. This means providing scholarships and support when they launch a business or get a job in adulthood or after graduation. “I want Girls For A Change to be there for our girls,” she says. “I want us to be in it for the long haul.”