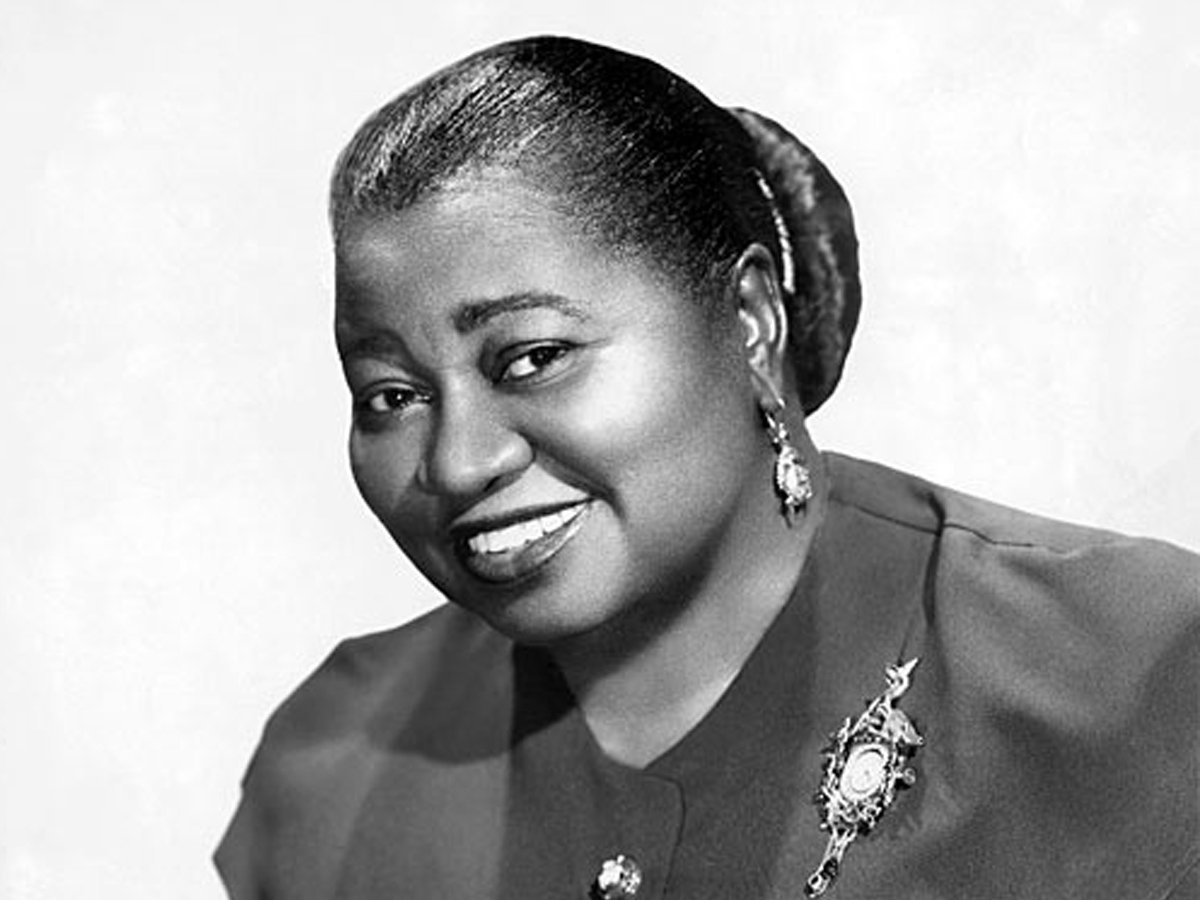 Hattie McDaniel was an actress who provoked many opinions from critiques of her roles; however, she was a pioneer for black performers in Hollywood. The date was February 29, 1940, and Hattie McDaniel became the first black person ever to win an Academy Award. She won for her role as Mammy in Gone with the Wind. Despite winning this award, she was barred from sitting with her costars. She was relegated to the edge of the room, close to the stage but out of sight.

She grew up in Denver, Colorado, the daughter of former slaves and the youngest of 13 children. McDaniel and her sister, Etta, formed the McDaniel Sisters Company, an all-female minstrel show. She created a parodied “Mammy” character. Their black audience looked at these shows as making fun of the racial stereotypes of white minstrel shows. In the 1920s, McDaniel was a blues singer and performed with Florenz Ziegfeld Jr.’s hit musical Show Boat, which shut down after the stock market crashed in 1929. She was left stranded in Milwaukee and got a job as a restroom attendant for a nightclub called Sam Pick’s Suburban Inn. But after Sam Pick’s closed due to the Great Depression, McDaniel was out of a job. She packed up her bags with $20 in her pocket and headed to Hollywood, joining her acting siblings Etta and Sam McDaniel.

When Hattie McDaniel arrived in Hollywood, she took on the roles that were given to black women at the time: the “Mammy” character. “I can be a maid for $7 a week, or I can play a maid for $700,” she once said. In 1937, casting began for Gone with the Wind, and Bing Crosby (a friend of Sam McDaniel) suggested to producer David O. Selznick to cast McDaniel. He did. After Gone with the Wind was released in 1940, McDaniel walked into Selznick’s office and placed a stack of reviews on his desk. Both black and white critics praised her role in the film. McDaniel had convinced him to submit her for the best supporting actress category.

Like many black Americans, civil rights were personal. Many affluent members of the black community, including Hattie McDaniel, started to move into the Los Angeles neighborhood Sugar Hill. In 1945, white residents sued to have their black neighbors evicted, saying that restrictive covenants made it illegal for them to be homeowners in Sugar Hill. McDaniel organized her black neighbors and called on the Los Angeles branch of the NAACP to fight the suit in the court. Loren Miller represented the residents and argued that these covenants violated the 14th Amendment and the California State Constitution. Judge Thurmond Clarke agreed. This ruling laid the groundwork for the 1948 Supreme Court case, Shelley v. Kraemer, which ended racially restrictive housing covenants nationwide. In 1952, McDaniel died of breast cancer. She was 59 years old. McDaniel made what many thought was impossible possible.

“I feel no great personal pride for my contribution to the world of art. Rather, I feel that the entire fourteen million or more Negroes have all been raised a few notches higher in the estimation of the world.” – Hattie McDaniel