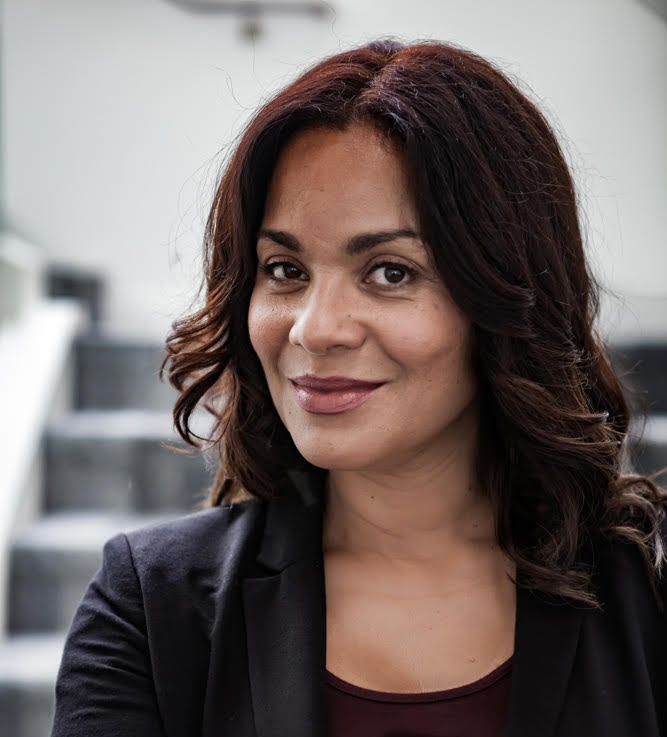 “A chance encounter could be a
life-changing event.”

Jaqueline “Jaq” Fleming is a Meisner actor. In plain English, “Meisner” means to act like a real person. A Meisner actor must remember that their character is a real person with authentic reactions and emotions. Jaqueline carries out this technique with effortless finesse.

After years of playing supporting roles in film and television, Jaqueline landed the leading actress role in Wes Miller’s action-thriller, ATONE. In ATONE, she plays former special ops soldier, Laura Bishop. Laura must kick, punch, and shoot her way through to save someone she loves. Her mission? To rescue her daughter from a malicious group of hijackers who have taken over the church and are holding hostages, including her father. It is a role that was tailor-made for Jaqueline. She shines on screen as a leading lady.

Jaqueline was born in Copenhagen, Denmark and raised between New York, St. Louis, and Chicago. She was bit by the acting bug at the early age of 3 years old. She would recite commercials as a child and act out scenes from tv shows for her family members. She saw her first Broadway play at the age of 8 years old, and she knew then, all she ever wanted to do was be an actress. Jaqueline attended Cathedral High School in NYC and then went on to Columbia Film School in Chicago where she majored in Theatre & Dance.

While living in LA, she worked in film after film and show after show, however, she did not feel fulfilled in her career. In 2002 she booked a movie filming in New Orleans. While working on the film, she fell in love with the city and decided to give Los Angeles a break for a bit. She had no idea New Orleans would become her home for over a decade.

In 2005, Hurricane Katrina hit and devastated New Orleans. Jaqueline decided to move back to LA. She returned to New Orleans a few years later to volunteer at hospitals that needed additional help due to the lingering impact of the hurricane.

While volunteering at The Children’s Hospital in New Orleans, one of the doctors heard she was an actress and asked if she taught acting classes. He had a little daughter who always wanted to be an actress. This gave her the idea to start Jaq’s Acting Studio. This is where one of Hollywood’s most promising talents, Jason Mitchell, started out. If his name doesn’t sound familiar, then you might know him by his role as the late “Godfather of Gangsta Rap,” Eazy-E, in the box-office smash, Straight Outta Compton. She found what was missing from her life as an actress in Los Angeles—mentoring.

Jaqueline’s mentoring and acting program expanded throughout Louisiana. She made an impact by making a difference in the lives of some of the troubled youth there. In 2014, she won a Trailblazer award for her mentorship work in New Orleans. In 2016, she felt her work there was done and decided to move back to Los Angeles to pick up where she left off, which was to pursue her acting career.

Jaqueline has her hands full in Los Angeles. She is currently developing and pitching content, filming, and producing. She mentors several young actors in the arts and encourages them on their journey as actors.

Jaqueline recently wrapped filming on Wes Miller’s highly-anticipated western, Hell on the Border.  She plays the female lead, Nellie Reeves, who was the wife of the first black deputy U.S. marshal, Bass Reeves, played by David Gyasi. The film also stars Ron Perlman and Frank Grillo. From what we hear, she gave one “hell” of a performance, no pun intended.