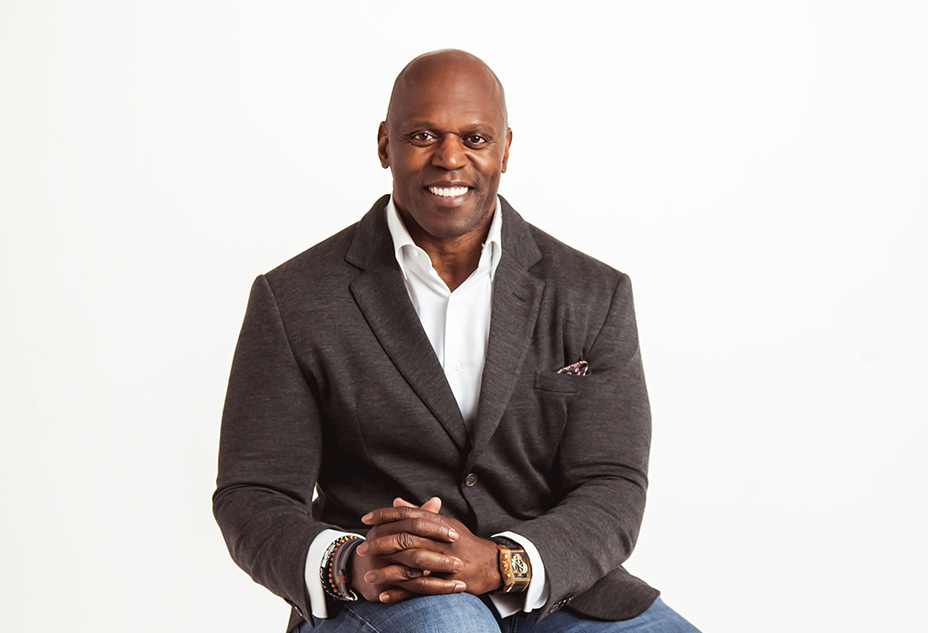 “God has given each of us certain talents, it is up to us to choose what we do with them.”

Standing at 6-foot-2 and 225 pounds, you would not expect Ken Harvey to be a shy kid from Austin, Texas. In fact, when he was a teenager standing at the same height he is today, people stereotyped him to be an outgoing star athlete, but perception is not always fact. Ken dropped out of high school in the 11th grade, which at the time, ended any chance of a football career. After struggling to find himself, he found his strength in God which gave him a new belief: he could become anything he wanted to be. Ken went back to school and graduated but ended up flipping burgers at a local burger joint. Still, he believed in the possibility of going to college. He knew football would be a vehicle to get there but how? Speaking it into existence, a friend at the gym told him about Laney Junior College, a gateway to get into the University of California, Berkeley. He enrolled in Laney and later transferred to Berkeley, playing football there. 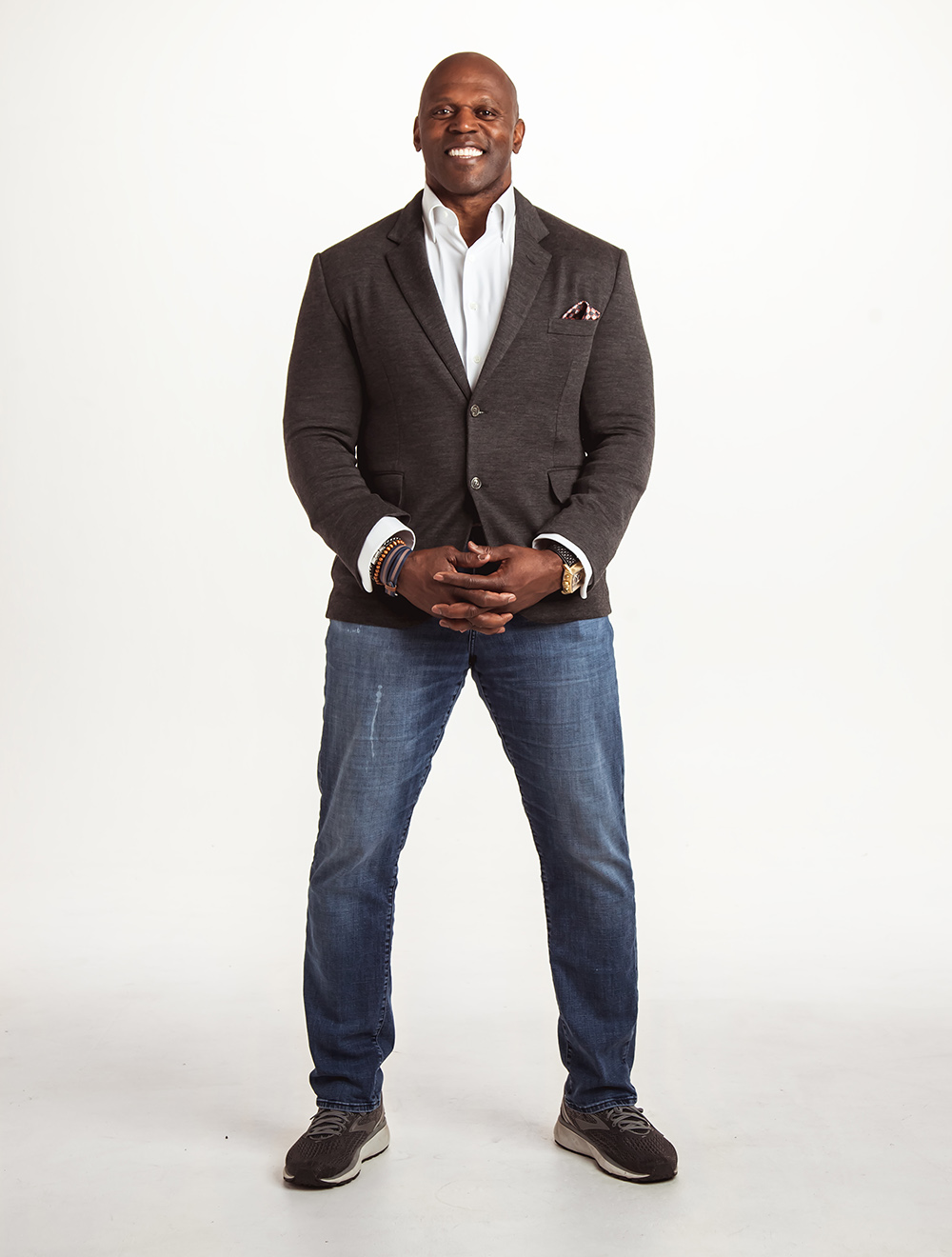 In 1988, he was drafted into the NFL. He played outside linebacker for the Arizona Cardinals (Phoenix Cardinals at the time) and the Washington Redskins. He went to the Pro Bowl four times. He retired in 1998. What people may not have known was that Ken was also writing. In fact, over the course of his NFL career, he had become a successful writer, businessman, and creative. Ken is a shining example for all shy kids that they can live a successful life. “I believe God has given each of us certain talents, it is up to us to choose what we do with them,” he says. He says to really be an expert at any craft, you need to “stretch out and try different things.” Growth will aid you in perfecting your craft, he explains. 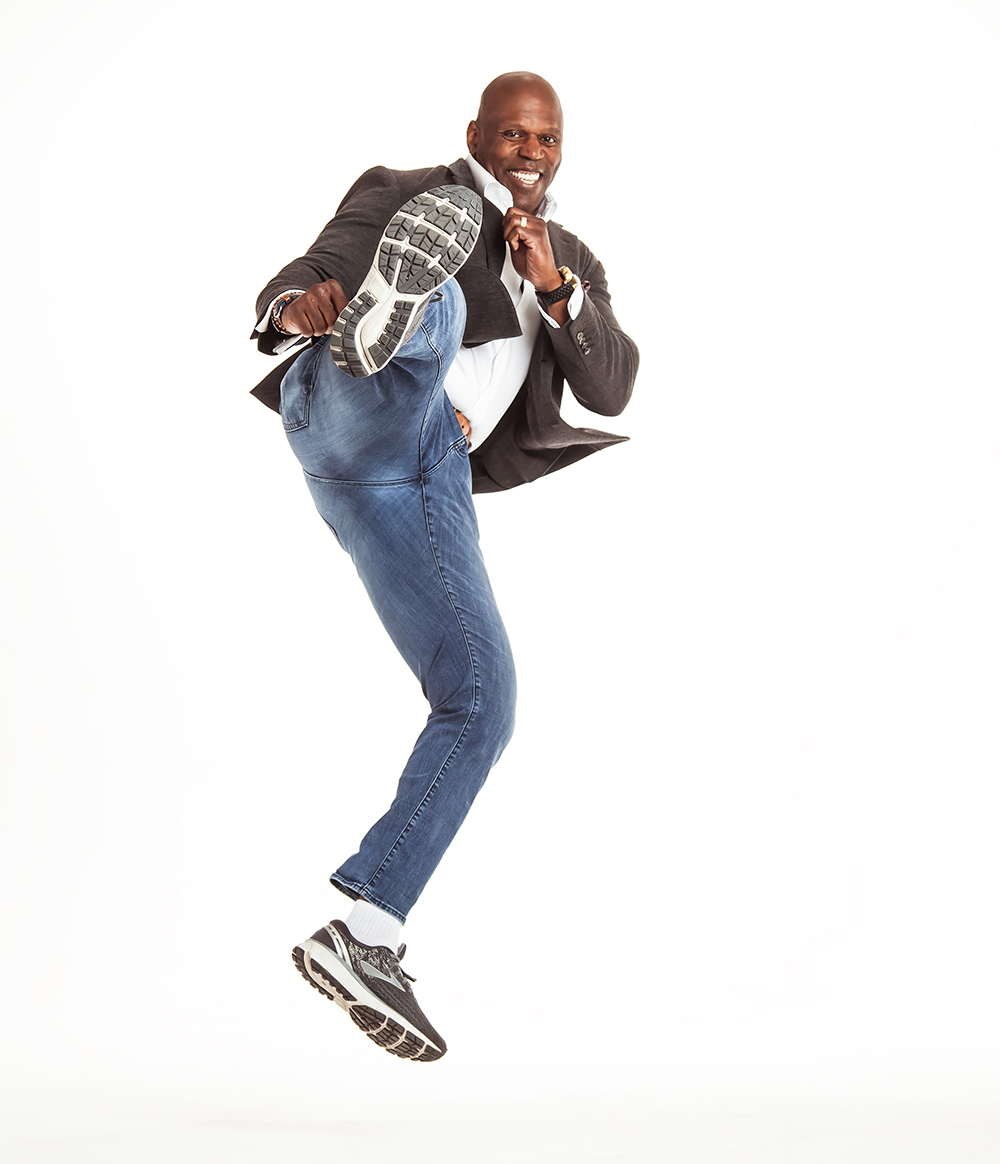 From children’s books to adult thriller suspense novels, Ken creates vibrant and relatable stories. “I write because I enjoy taking a blank sheet of paper and creating something from it,” he says. His latest book is the suspense thriller Alone. Alone is the story of Sherry, a recent Howard University graduate, who becomes stranded on a deserted island after the cruise ship she was vacationing on is destroyed in a bad storm. Ken compares his writing style to the imagination of a child, the oddness of the Twilight Zone, and the vision and skill of a linebacker. 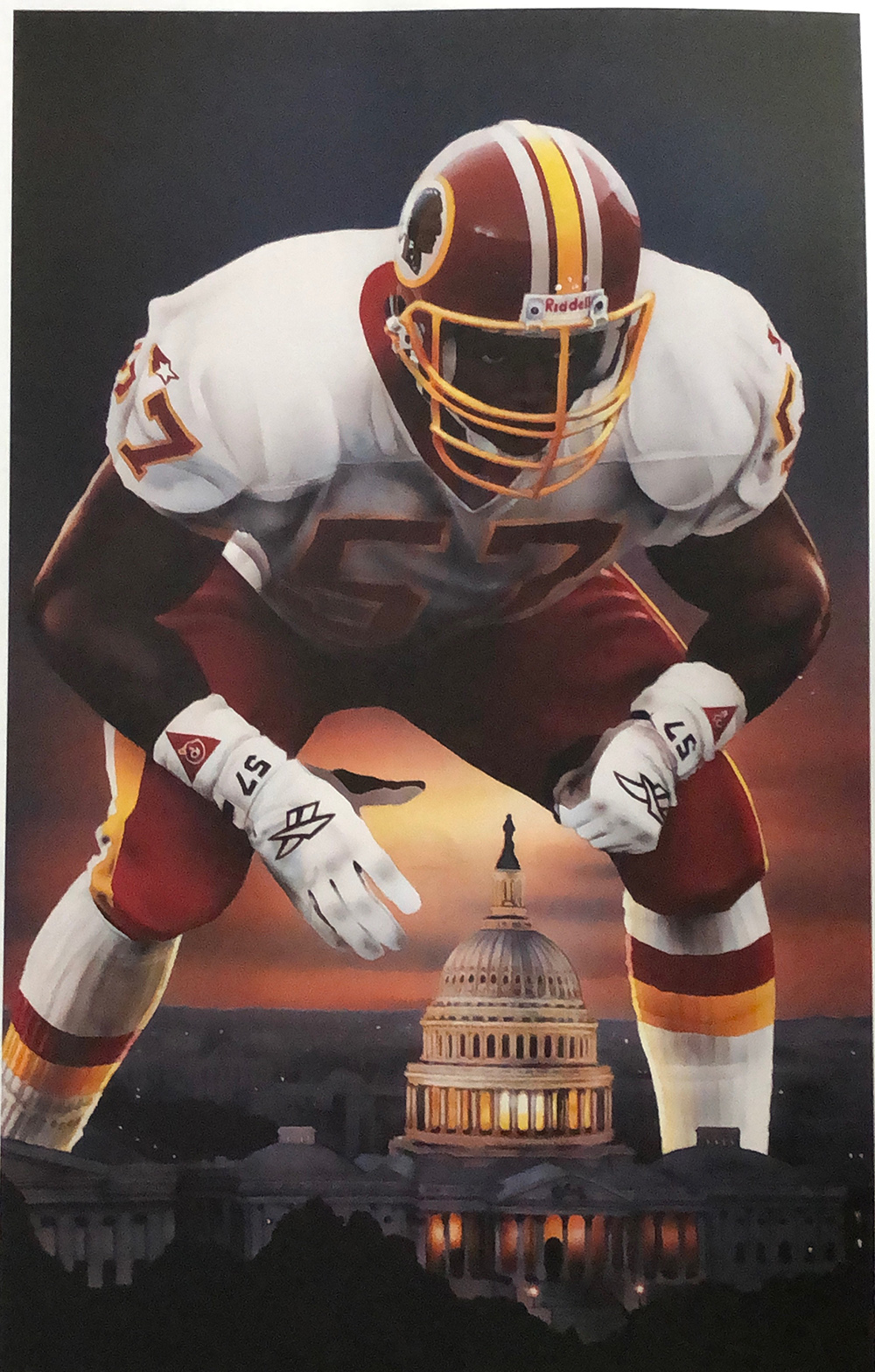 Ken Harvey played outside linebacker for the Washington Redskins in the 90s. Artwork by Terry Crews. Courtesy of Ken Harvey

Ken wants to have a run of #1s in a variety of mediums: books, plays, movies, and music. Right now he’s focused on writing a play about either his life or of a Christian superhero. He’s up for the challenge. “It should be a fun adventure to see if I can do it,” he says. Ken looks to his faith in God for inspiration. “I look at my life like Moses when God said to him, ‘What is that in your hand?’ and Moses replied, ‘A staff.’ I feel as though God has asked me the same question. It seems that each time I answer that question, amazing things happen.” For Ken, faith is a necessity. He trusts God to lead him and God has not failed him. That is true freedom.

To learn more about Ken Harvey, you can follow him on Instagram. You can purchase “Alone” on Amazon.