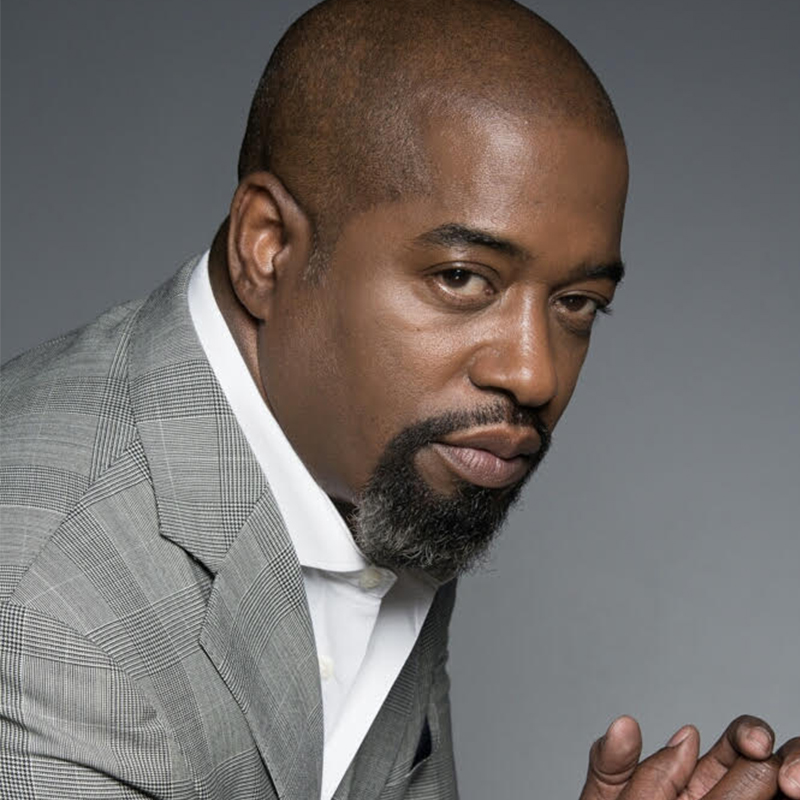 “Enlighten the world to the beauty of your culture.”

Kevin A. Williams’ (also known as WAK) artwork can be seen on the walls of black homes around the globe. His work speaks to the shared experience of struggle and resilience that unites the African-American community. His work is provocative, powerful and inspiring. The monicker, WAK, came to Kevin at a time when he was not proud of his output in the art world. The meaning of WAK would later change to wisdom and knowledge and a sense of pride for Kevin. It’s the reason his fine art publishing company is named WAKART, LLC. As a “figurative storyteller,” Kevin gives visual currency to the history and life of the experiences of a person of color in America. “My goal is to inspire and enlighten all of humanity to the beauty and strength of my people,” Kevin explains. His piece, titled “Queen,” emotes a feeling of freedom, resistance, and rebirth. “She breaks free from the shackles of slavery as she rises up from the cotton fields and restores a crown upon her head,” Kevin says. “The rising sun shines upon her, symbolizing a new day.” 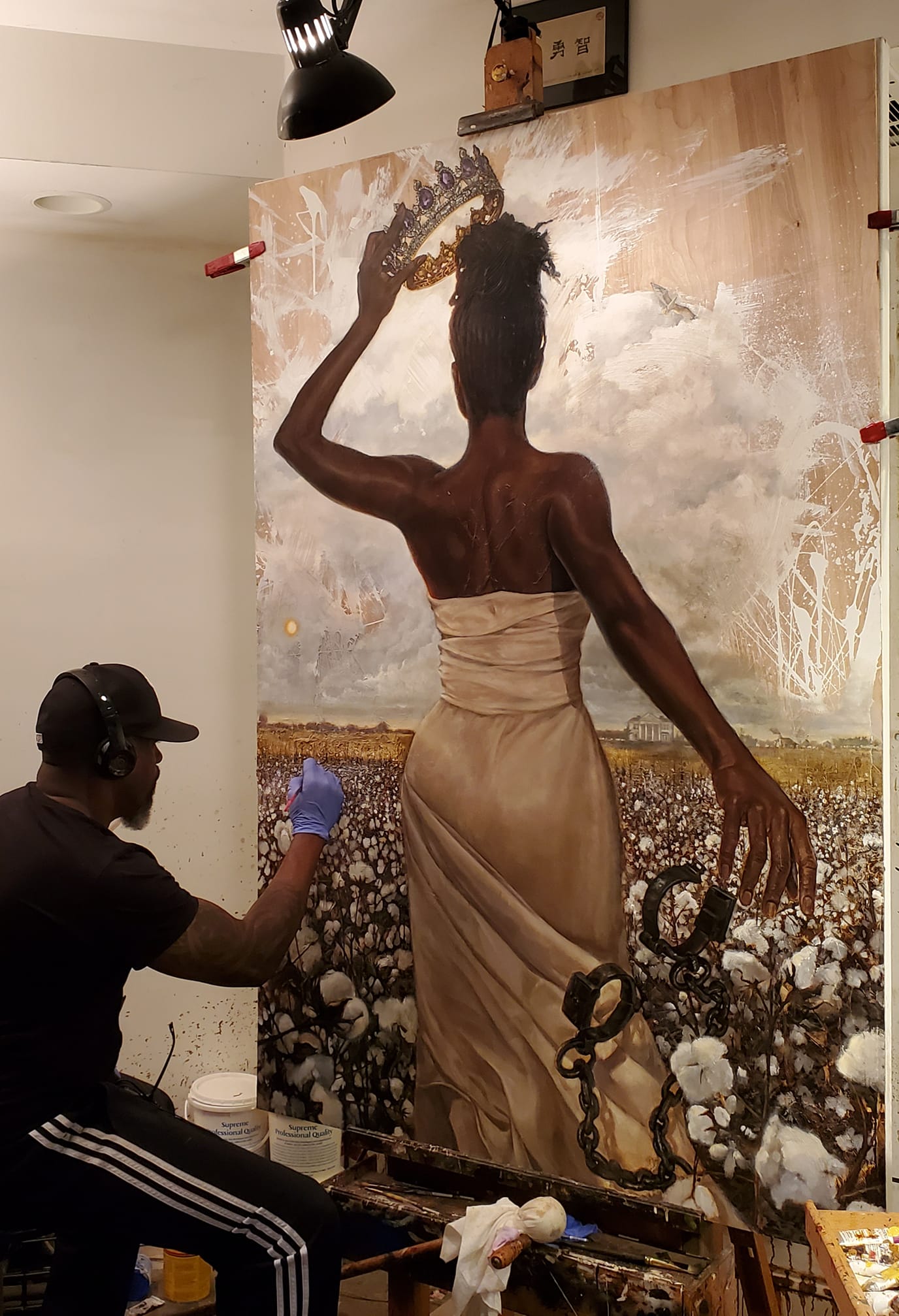 Kevin’s background is a tale of self-reliance. Kevin grew up on the South Side of Chicago. Expressing himself through art came naturally to him at a young age. He was inspired mostly by what was around him at the time: comic books and fashion magazines. At first, Kevin didn’t believe he could make a living as an artist. As a high school student at Chicago Vocational High School, Kevin enrolled in architectural drafting classes. It wasn’t his true passion. He was often bored and failed to pay attention at times. To maintain his attention, his instructor made a deal with him: draw him a picture of his dog and he would give Kevin extra credit. The instructor was so impressed with the drawing, he shared it with the art teacher, artist Robert Johnson.

I Am a Man by Kevin Williams

Johnson encouraged Kevin to pursue commercial art instead of architecture. Kevin wasn’t too enthusiastic. After Johnson shared with Kevin’s parents (his father was a mathematician) that he would be able to get scholarships due to his talents, they encouraged Kevin to keep at it. He won contest after contest and award after award. Some of the most renowned institutions wanted him. He received scholarships from Parsons and The Art Students League of New York. He briefly attended the Art Institute of Chicago and Columbia College but eventually dropped out of both schools. He came to the realization that he could not express his creativity through the constraints of formal education. He wanted to prove, mostly to his father, that he could succeed in his venture as an entrepreneurial artist. It eventually paid off. Kevin is the best-selling artist in the African-American print market. His painting, “Anointed Gift,” was commissioned by the late actor and comedian Bernie Mac, as a gift for Oprah Winfrey’s 50th birthday. Kevin is also working hard to share his autobiography with the world.

“My goal is to inspire and enlighten all of humanity to the beauty and strength of my people.”

His coffee table book, The Concrete Miracle (releasing fall 2020), is an “autobiographical retrospective.” The autobiography tells the story of his rise from the challenges he faced on the South Side of Chicago to becoming an internationally recognized urban legend and fine artist. “This covers my impact over the last 25 years through the lens of creative philosophy, business, and my creative process to create impactful images and artwork,” Kevin says. Out of concrete, a miracle was born. He is an artist with the aptitude to lift everyone to a higher consciousness.

To learn more about Kevin Williams and his artwork, check out his website artbywak.com and Instagram @artbywak.