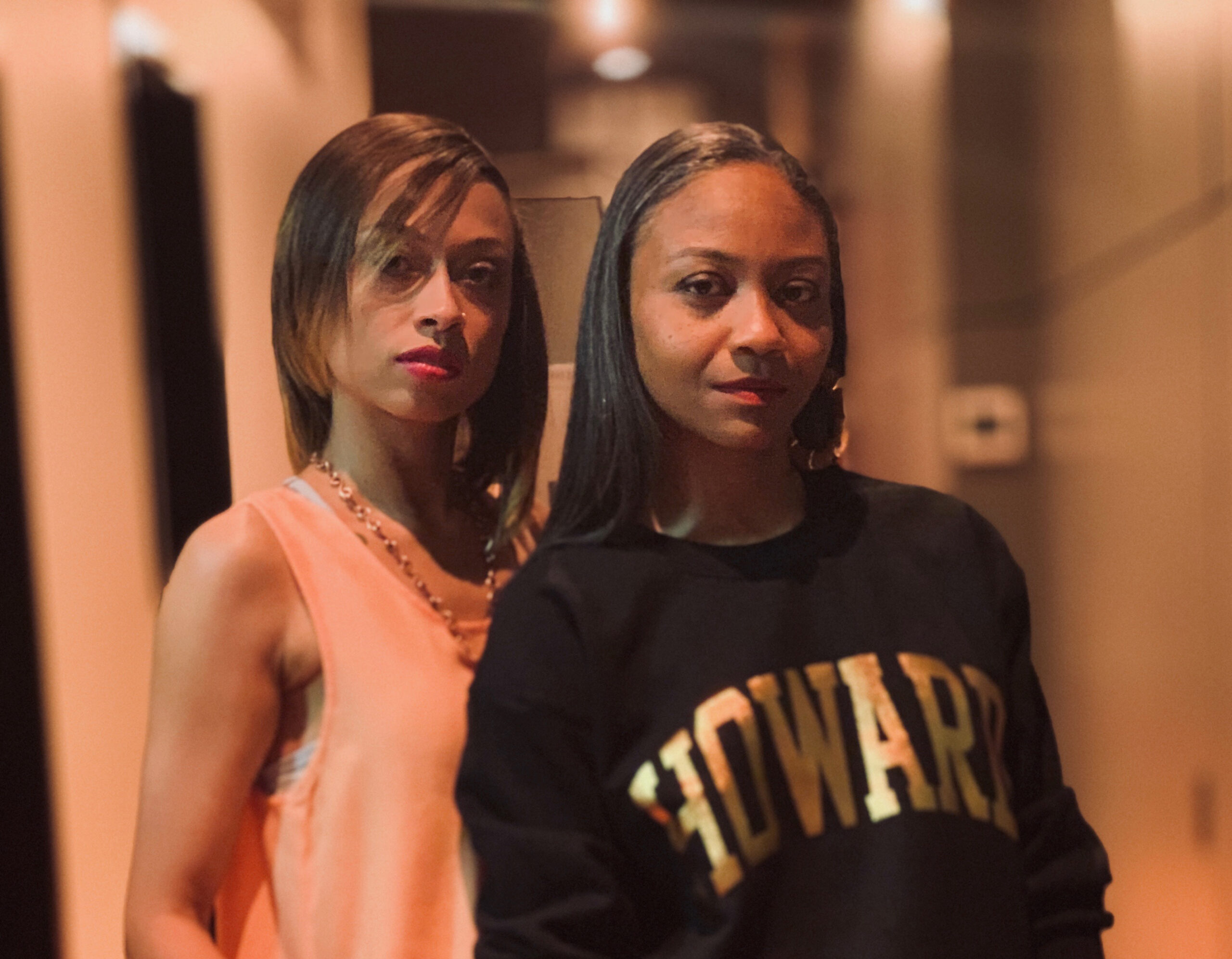 “Use your voice to soothe and heal.”

Kia Bennett (from Richmond, Virginia) and Desiree Jordan (from Silver Spring, Maryland) were releasing music on their own before they randomly met on the set of a YahZarah music video. They were Facebook friends and interacted with each other through likes. They appreciated each other’s music from afar. Kia recognized Desiree and they became friends and a musical partnership began. This musical partnership blossomed into the formation of KiDé. While they are currently in the studio working on their debut project, the duo has performed live and created compelling remixes of classic records. When their debut does drop, the world will fall in love with their soothing and tranquil soul/R&B.

Last year, the duo released a cover/matchup of two classic songs from different eras: A Tribe Called Quest’s Bonita Applebum and RAMP’s Daylight. The aptly titled track “Bonita Applebum’s Daylight” is a jazzy and boombap neo-soul cut. The duo’s vocal harmonies sound like they are beaming down from the heavens. It is no wonder Kia Bennett describes their sound as “pure and angelic.” Kia and Desiree are creating something that’s fresh while keeping the spirit of music from the latter half of the 20th century alive.

“We are here to redefine an atmosphere of love and beauty through music and to keep good music alive.”

Never artists to box themselves in creatively, Kia Bennett and Desiree Jordan both play keys and sing lead vocals in the newly revamped Roy Ayers Music Production (RAMP). Along with their respective projects and the imminent debut album, KiDé is working on a new project with RAMP in collaboration with The John Manuel Project (leader/drummer of RAMP). KiDé will continue touring as a duo throughout the year. “We plan to continue with our residencies at hotels, casinos, and hospitals,” Kia says. KiDé participates in the healing arts program in hospitals around the DC area. The program soothes and uplifts the spirits of their patients through music and the arts. “We use our voices to soothe and heal,” Kia says. “We’re also working on voice-overs and jingles and getting our music licensed for use in television, film, and commercials. We are here to redefine an atmosphere of love and beauty through music and to keep good music alive.”

To learn more about KiDé, you can follow the duo on Instagram. You can listen to their music on SoundCloud.