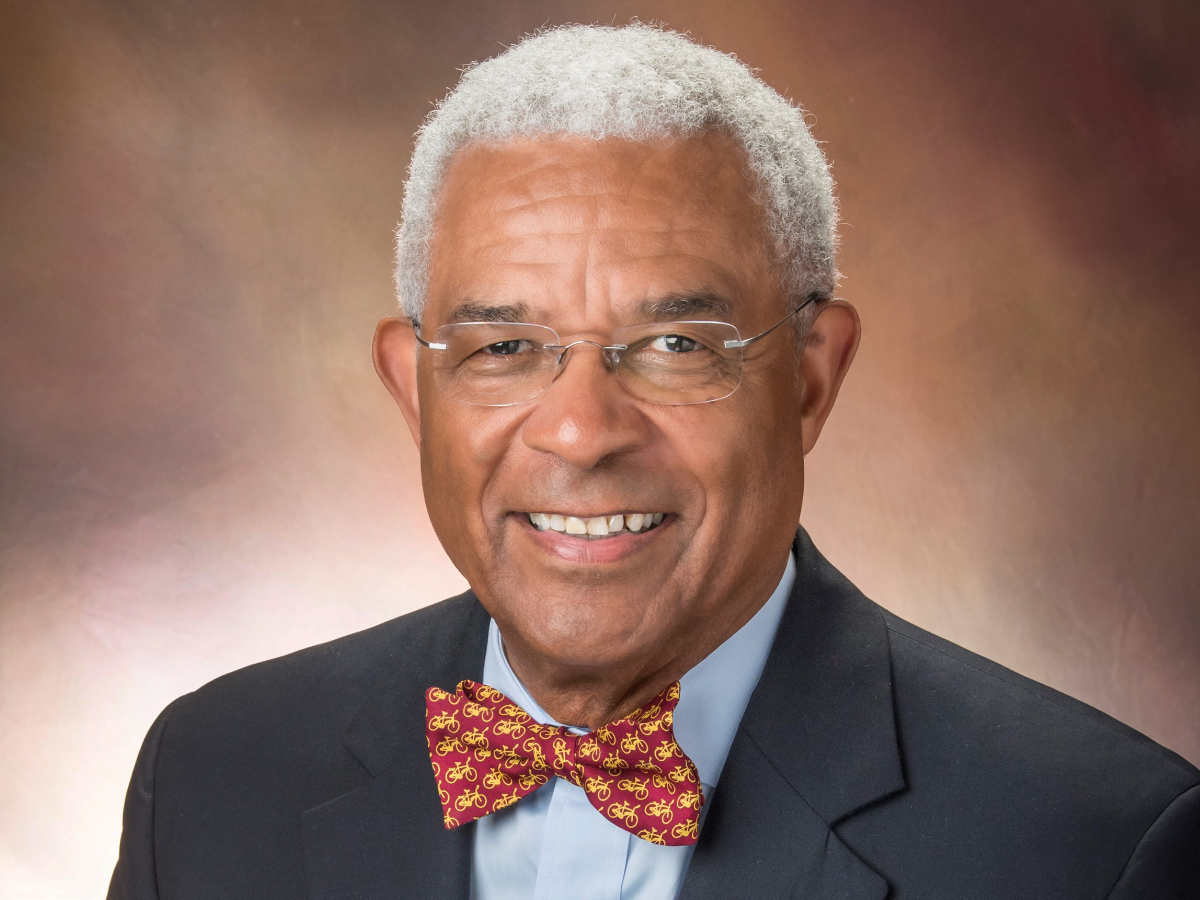 “There is power in words.”

Before he thought of himself as a writer, Larry Palmer was the ninth child of ten and lived in a 1,500 square foot house on the West Side of St. Louis. As he recalls, his family was searching for greater educational and economic opportunities for their children. In 1958, at the age of 14, this “urban child of southern migrants,” received a full scholarship to attend the prestigious Phillips Exeter Academy. He decided to stay in New England to continue his education at Harvard and Yale Law School. 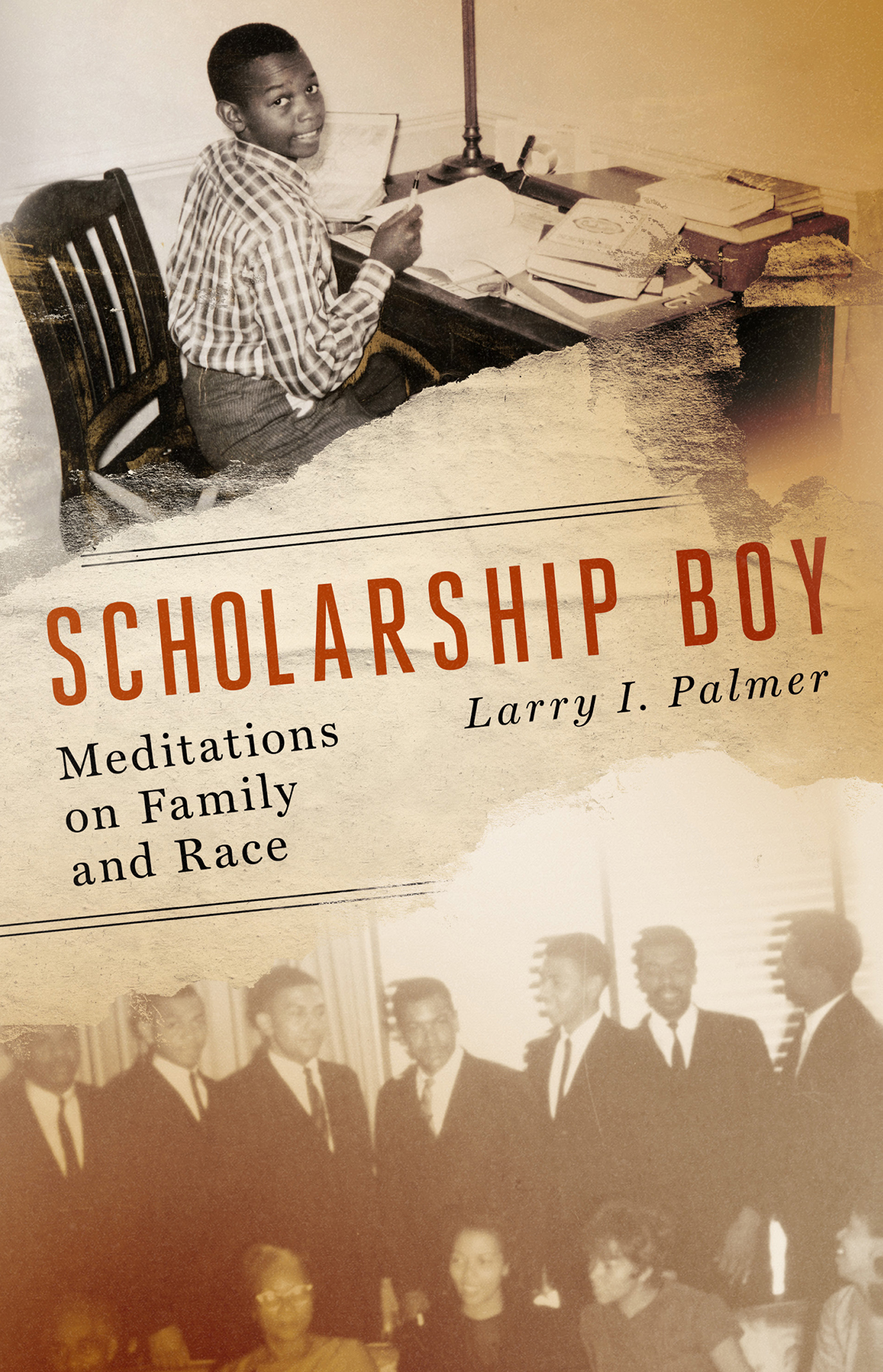 The stories he grew up with referenced the ways of rural life that Palmer experienced. “Cotton, greens, okra, cornbread, ribs, and hunting and fishing references I could only imagine,” he says. These stories influenced his recently released coming-of-age memoir Scholarship Boy: Meditations on Family and Race. “I reflect on my experiences as a young black boy growing up far from home, learning to fit into a white world without forgetting my roots,” he explains. Palmer certainly has made a name for himself in academia—two scholarly books, numerous articles, and a few opinion pieces as a law professor and university administrator—but he hasn’t written anything quite as personal as his memoir. While writing a memoir was new territory for Larry, his writing process did not change. “One thing is constant in my craft: I am a morning writer, and very disciplined in the time I set aside for writing,” he says. “I am also a meditative writer. To tell the distinction between ‘truth’ and ‘facts’ takes time. I will sit in silence with the pain or joy of a memory. In the silence, what I thought I could or couldn’t remember comes to me as scenes or reflections.”

Like many great writers, Palmer writes numerous drafts before he considers his work to be finished. Each morning before he writes in his journal or starts typing on his keyboard, Palmer will read a poem. “Since writing takes so much, dare I say, spiritual energy, I don’t try writing every day or too much in a single day,” he says. “Four hours a day, four days a week was my basic schedule while writing Scholarship Boy.” He doesn’t write in the evenings. When he’s in the throes of writing, he likes to do some form of physical activity. That means going to the gym (pre-pandemic), walking, or cycling. These activities help him rest his mind and soul. “I have found if I ‘overdo it’ one day, the next writing day is not as productive as if I had paced myself emotionally and physically,” he says. 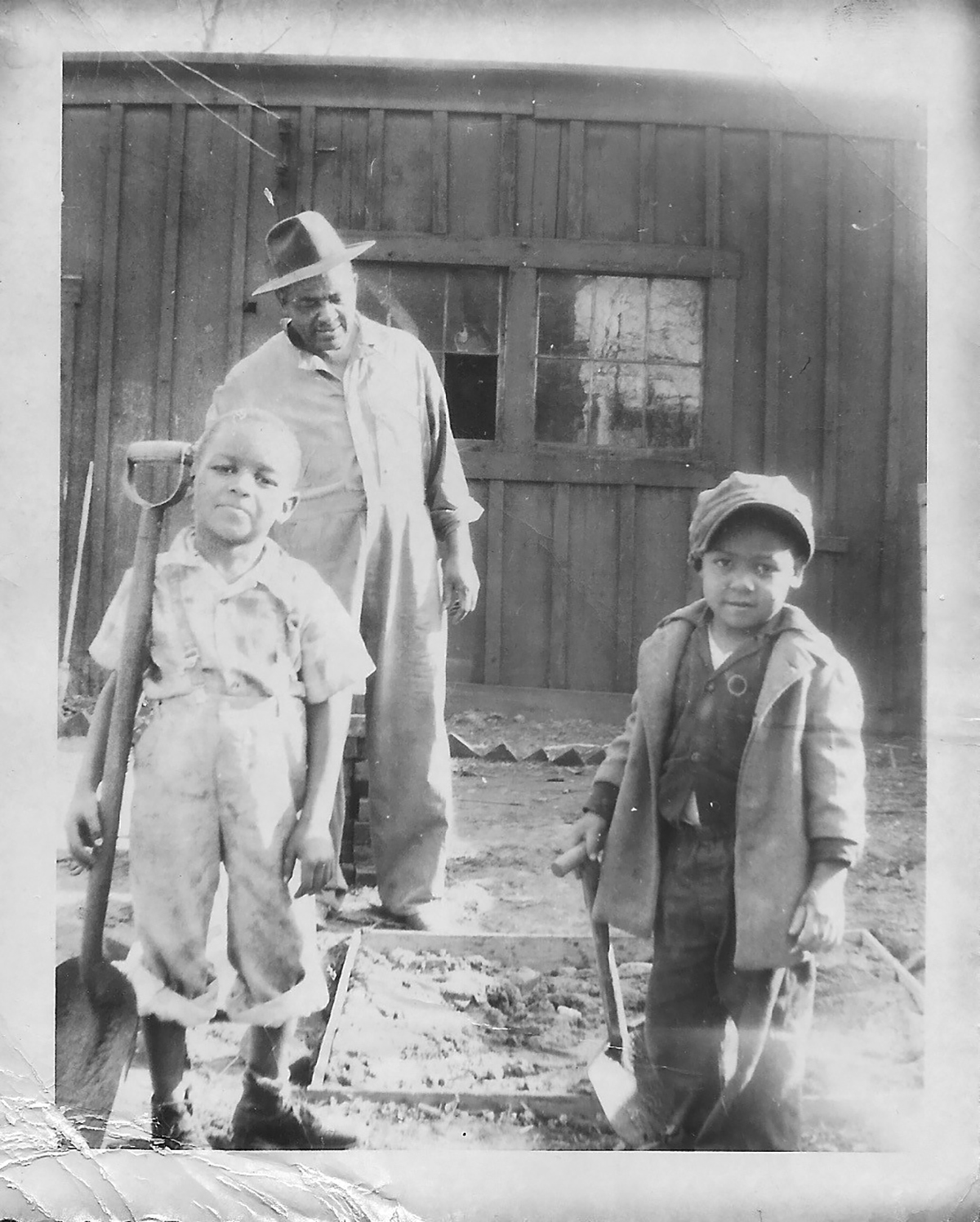 Larry and his brother Barry mixing cement with their father (1950/51). Photo courtesy of Larry Palmer.

Palmer jokingly says people his age are no longer cool, but he does have progressive views on race. He recently published an essay on racial misidentification titled “Call Me by My Name.” The essay critiques the idea that white people who confuse black people from one another are harmless because their intentions were not to offend. He argues that this bias should not be taken lightly and it’s an example of subtle racism in our culture that needs to be addressed. Palmer also believes we should transform our cultural institutions—art, churches, and the way we teach history—if we want to make real racial progress in our communities. The project is called “White Innocence and Black Complicity.” “As I talk about my memoir, particularly to predominantly white audiences, I explore the themes of ‘White Innocence and Black Complicity,’” he says. 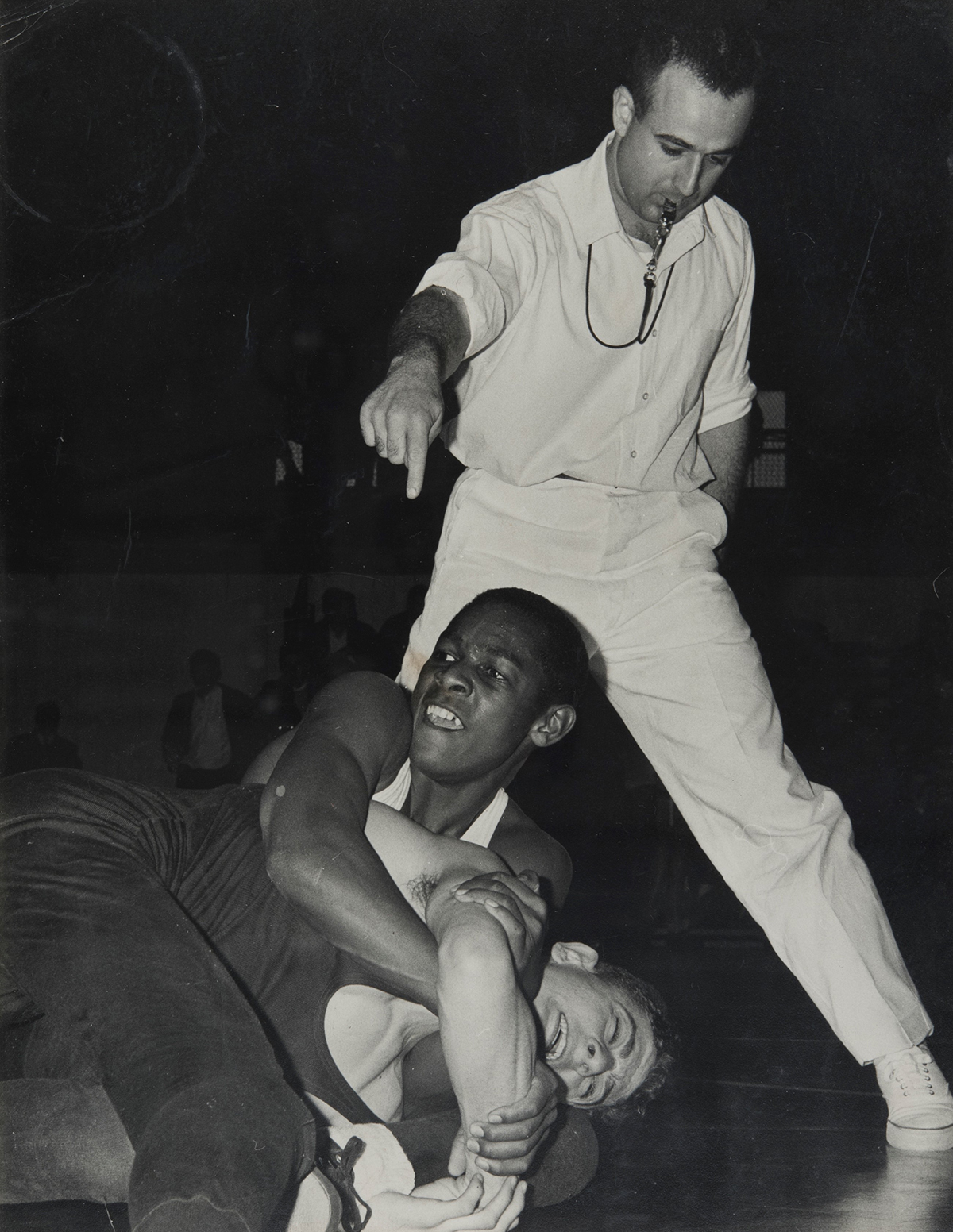 After he’s finished promoting his book, Palmer would like to explore his family history and write about them in essay form. “Scholarship Boy allowed me to explore my relationship with my older siblings, but it is a self-involved teenager’s view of my siblings and my parents,” he explains. He mentions his eldest brother who was sent to a boarding school for blacks in central Arkansas in the 1940s. The boarding school no longer exists. Palmer wonders out loud what that education might look like. He mentions taking a trip down to Arkansas. He says he has some family papers he needs to study. “I believe there might be stories in the pre-St. Louis period of my family’s life that will help me understand how I benefited educationally even though I often felt like I didn’t quite belong.” It never hurts to learn more about yourself and your history. Larry Palmer leaves no stone unturned.

To learn more about Larry Palmer, visit his website larryipalmer.com.