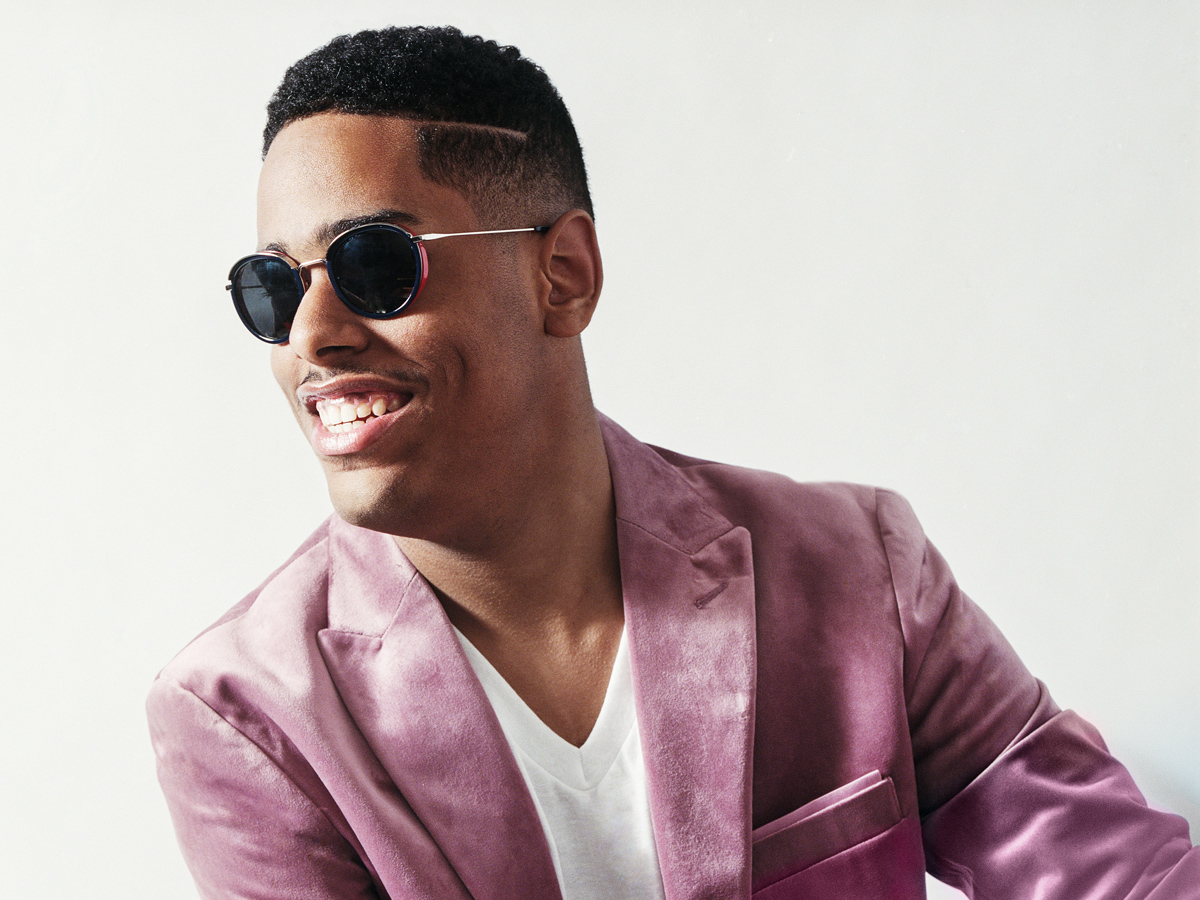 “The music really speaks for itself.”

When 20-year-old jazz prodigy and multi-instrumentalist Matthew Whitaker takes the stage, audiences are in for a spectacle of improv, familiarity, and mastery. He was born three months premature, weighing 1 pound and 11 ounces. The oxygen that he needed to save his life damaged his retinas, rendering him blind. He is often compared to Stevie Wonder, but when asked how he feels about that comparison, he humbly says that “there is only one Stevie Wonder.” He hopes one day he will have the opportunity to collaborate with him. He was three years old when he taught himself to play the piano after his grandfather bought him a Yamaha keyboard. He was nine years old when he won the “Child Stars of Tomorrow” competition as part of Amateur Night at the Apollo.  When he was just 10, he was the opening performer for Stevie Wonder’s induction into the Apollo Theater’s Hall of Fame. Because of these life-changing moments, the Apollo is a special place for Matthew.  “I’ve been going back there ever since. It is always a good time playing there. They have really become my extended family,” Matthew says. 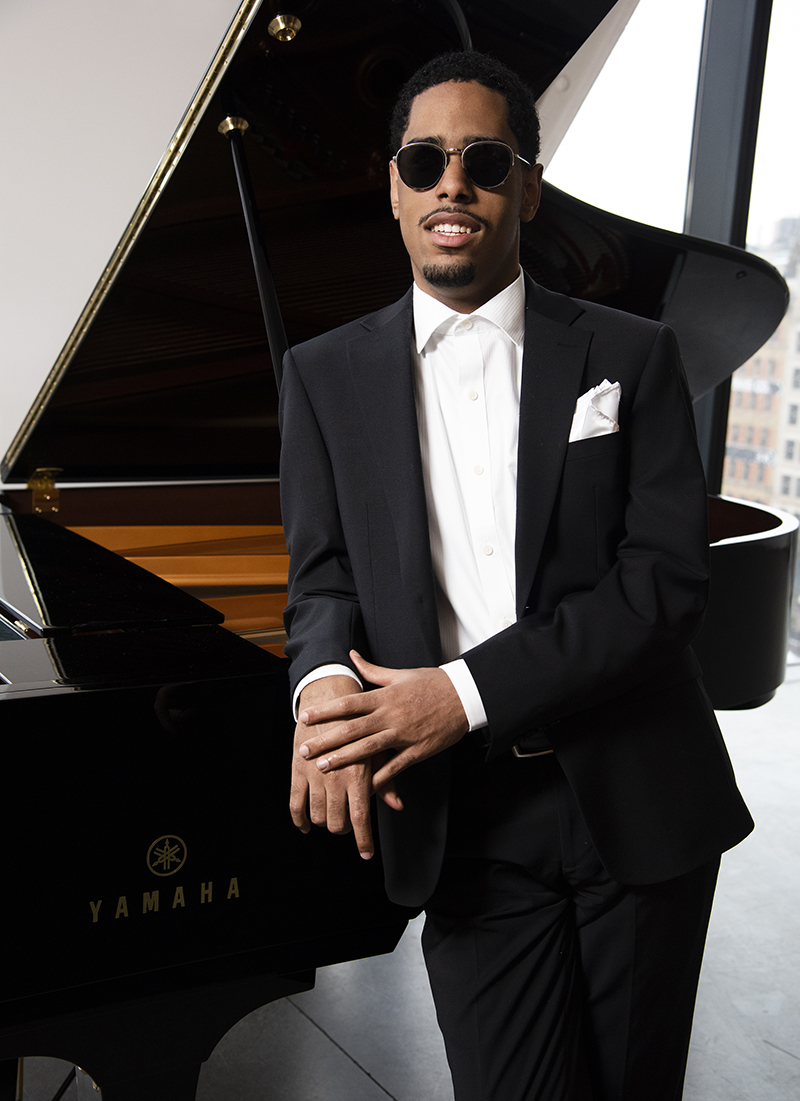 Growing up in Hackensack, New Jersey, Matthew spent time in New York City. “I always end up going back and forth from New Jersey to New York,” he says. “I’ve played a lot of venues and shows there. You never know what you are going to get into.” Even at his young age, Matthew is jotting down mentally what he has already learned. “I would say less is more, especially when it comes to playing music,” he says. “You don’t have to play everything that you know all at once. The music really speaks for itself.”

Last year, Matthew released his latest album Connections. The album connects the past to the current. It is an album that was created during the issues we are dealing with right now—the pandemic and the continued fight for social justice. The album also serves as documentation of where he is in his life. On songs “Stop Fighting” and “It Will Be Okay,” Matthew composes what sounds like reassurance in the midst of upheaval. 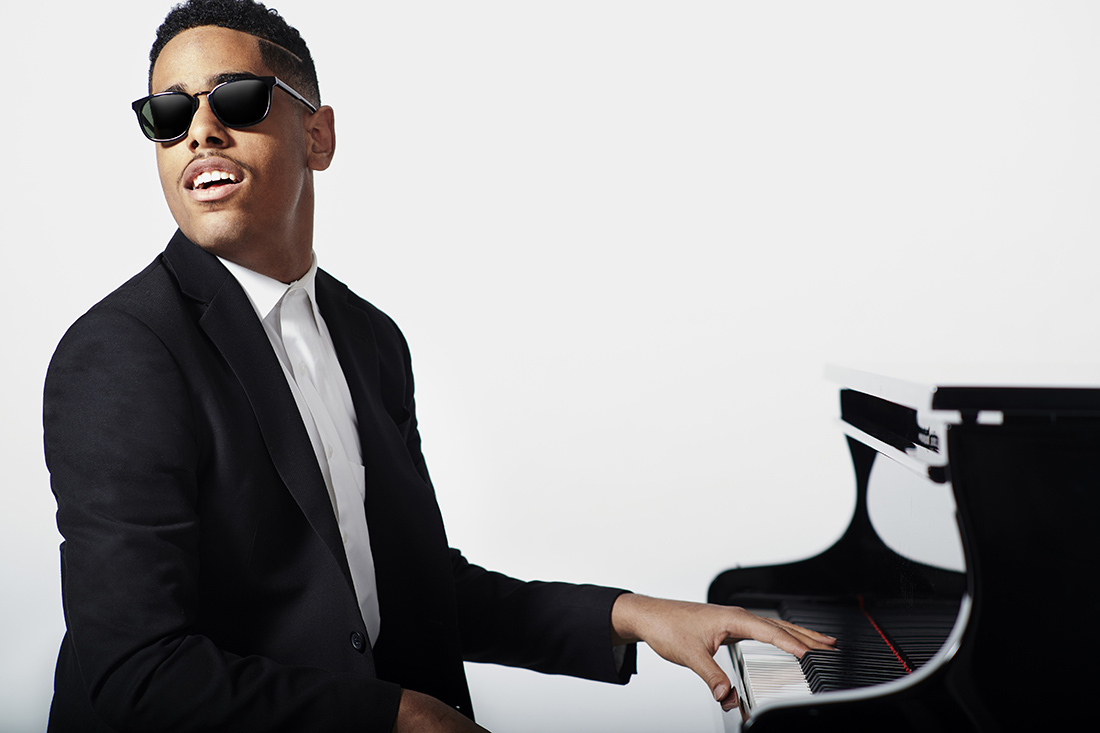 For this album, Matthew called on friends like musician, bandleader, and television personality Jon Batiste; violinist Regina Carter; drummer Alvester Garnett; trumpeter Steve Oquendo, and more to compose alongside him. He covers songs from musical forebearers Thelonious Monk, Stevie Wonder, and Duke Ellington, among others. “This album is very important to me, not only because I am paying tribute to my heroes but also the musicians who are on the album,” he says. “These are people who have been in my life for a very long time. Everyone is special.” When Matthew is in these sessions, he lets the music guide him. “The more you play the music, the more the ideas come out,” he explains.

When composing, Matthew loves the tactile feedback and control he gets when he plays the organ or keyboard, or drums. Particularly, he loves the experimentation the drums afford him. “You can put different materials on top of the surface. You can use brushes, mallets, multi-rods, and so on,” he explains. “There are so many possibilities. For me, it is always about the sound.” 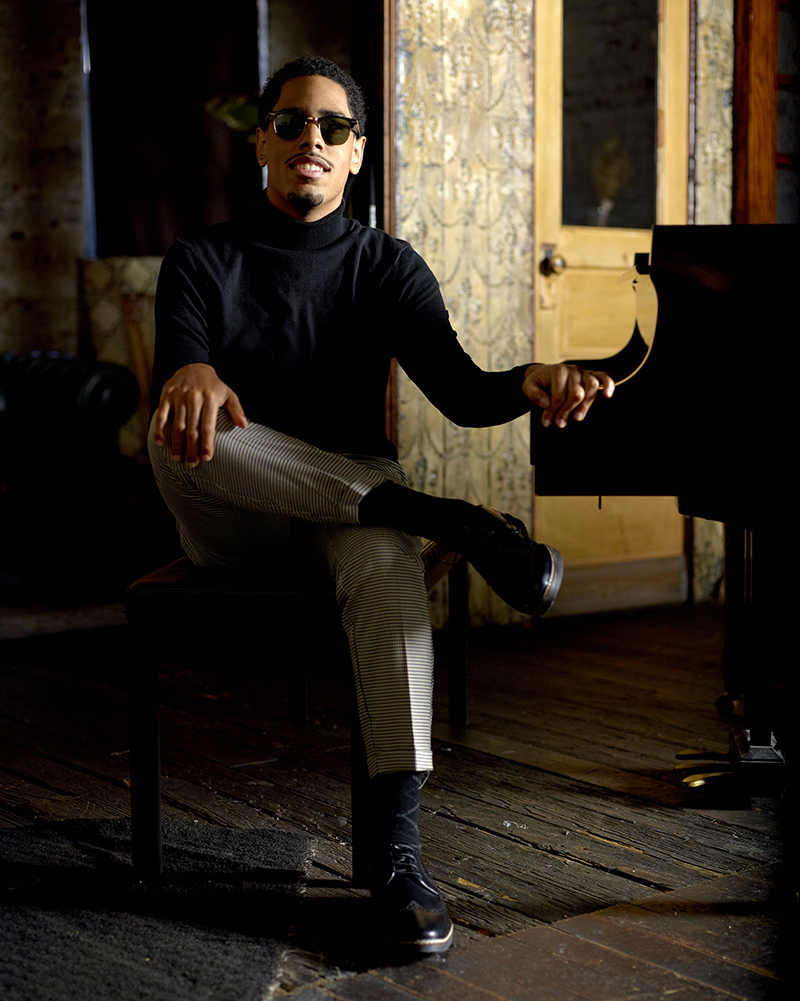 For those who dream big, he has a few simple pieces of advice: “Continue to grow and be yourself. Trust your gift, follow your dreams, and always have fun,” he says. Just like his friend Batiste, Matthew is interested in creating film scores one day. He has already been tapped for a documentary with The WNET Group’s ALL ARTS, a multimedia platform devoted to engaging with numerous artistic genres. Matthew will be a part of their artist-in-residency program. He is billed with director Jonathan McCrory, multimedia artist Don Christian Jones, and interdisciplinary Le’Andra LeSeur. 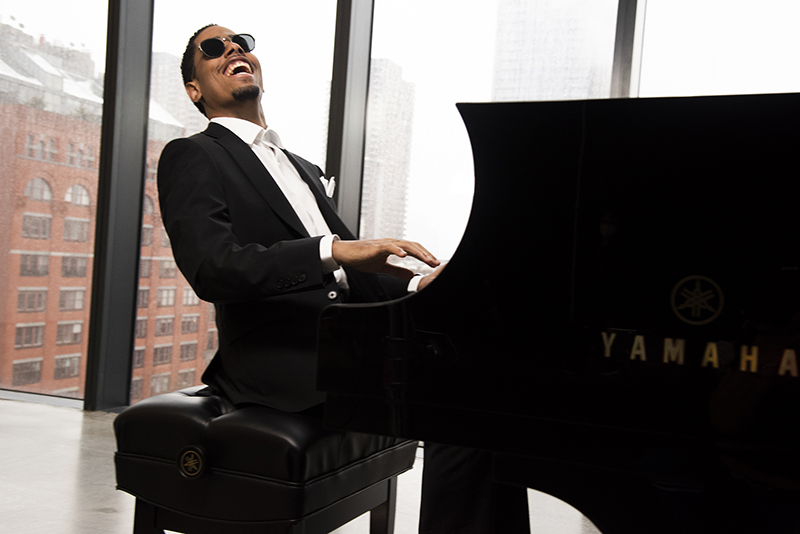 There isn’t one medium that Matthew Whitaker limits himself to. He even rock climbs when he is free. When thinking about those who inspire him, he thinks of two particular figures who have been with him from the beginning. “My biggest inspiration would have to be my dad. He was the one who really made sure that I remained grounded,” he says. “But musically, before he passed away last September, my mentor Dr. Lonnie Smith was a strong inspiration.” Like the jazz greats before him, Matthew Whitaker is using his music to express the emotions we feel every day. Dr. Lonnie Smith would be overjoyed.