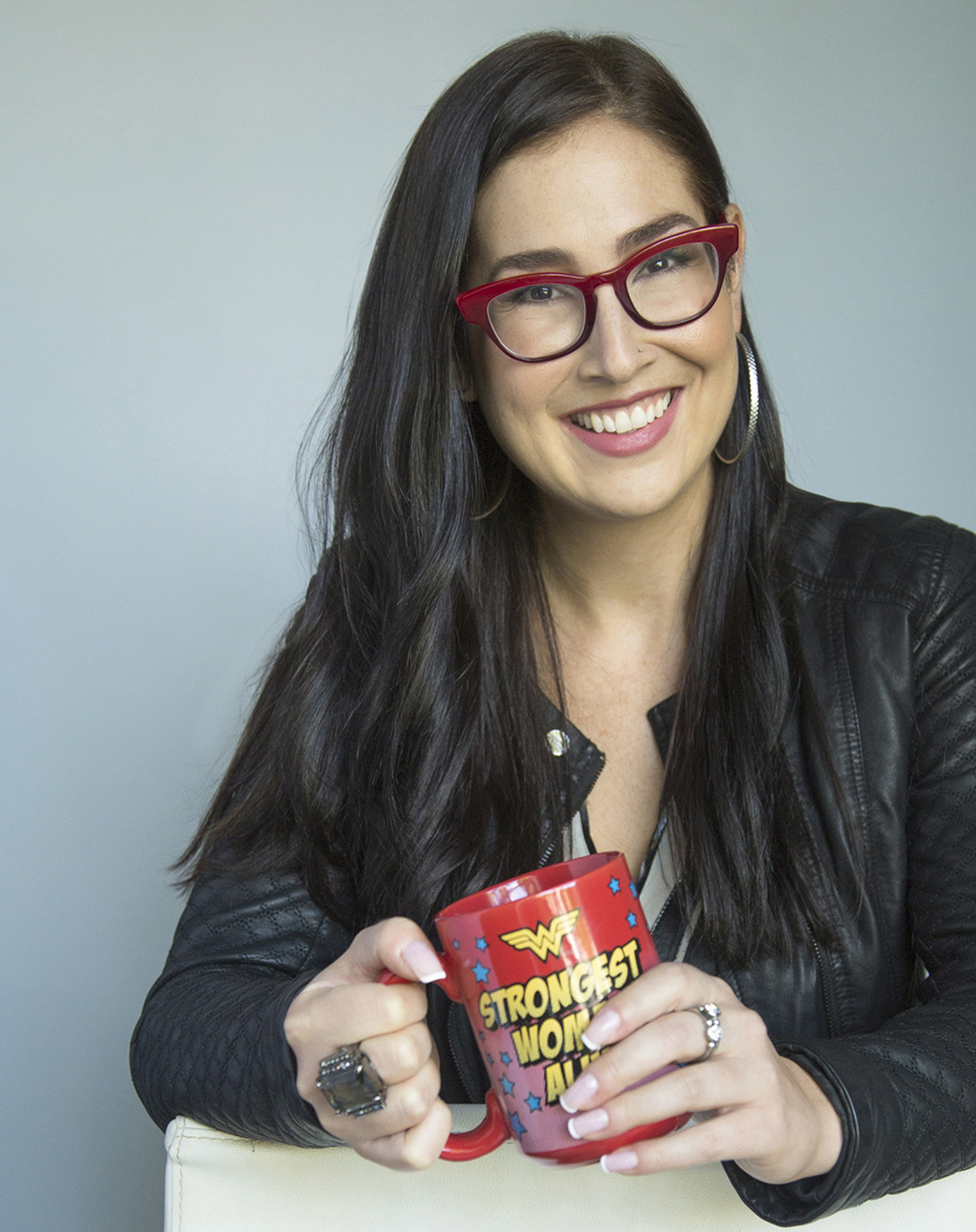 “Early childhood literacy is integral to the well-being of us all.”

Max Tuchman is the CEO and co-founder of Caribu, an innovative video-calling app that connects kids with their families to read and draw together over long-distances. A child of immigrants, Max was born in the beautiful city of Miami, FL and always knew the value of education and self-worth. When she looks back at her Miami upbringing, she appreciates the radical diversity she was a part of. “I was born and raised there,” she says. “It is like New York City, where you grow up around a ton of diversity—socioeconomic, racial, ethnic, and religious—and everything and everyone.” She believes diversity is helpful to the city’s evolving reinvention of itself. While growing up, she saw how people who migrated to Miami worked their way up to the top and into the C-suite. “Miami inspired me to be whoever I wanted to be because I saw it,” she says. “I’m ‘305 ride or die’ like Pitbull. I’m really proud to be from here.”

Her family had to endure immense tragedy and wars to get to a place where they felt secure. Her paternal grandparents survived the Holocaust. Her maternal great-grandparents survived the Bolshevik Revolution. Both families ended up in Cuba. “When you grow up with that type of history where your grandparents, your great-grandparents, and parents were constantly having to flee, you grow up with a sense of education being the most important thing. It is the only thing you can take with you and nobody can take away,” she continues, “You can sew your silverware and jewelry into your coat, but at a certain point what you have in your head is the greatest asset you can take with you to the next country because it gives you the opportunity to succeed there.”

Max attributes her work ethic to her family’s history of struggle and achievement in spite of the obstacles. “I’m an overachiever because I feel like I can never repay my family for their sacrifices. Nothing is enough. Getting into Harvard (She earned her M.P.P. from the Harvard Kennedy School of Government and an M.B.A. from the Harvard Business School) and into the White House Fellows program was not enough,” she says. She wants to do more. She gives back to her community and wants to continue to extend a helping hand to anyone who needs it. “I know so many people who reached out a hand and gave my parents and grandparents a lot of resources and opportunities,” she says. “It is my obligation to pay it forward.” 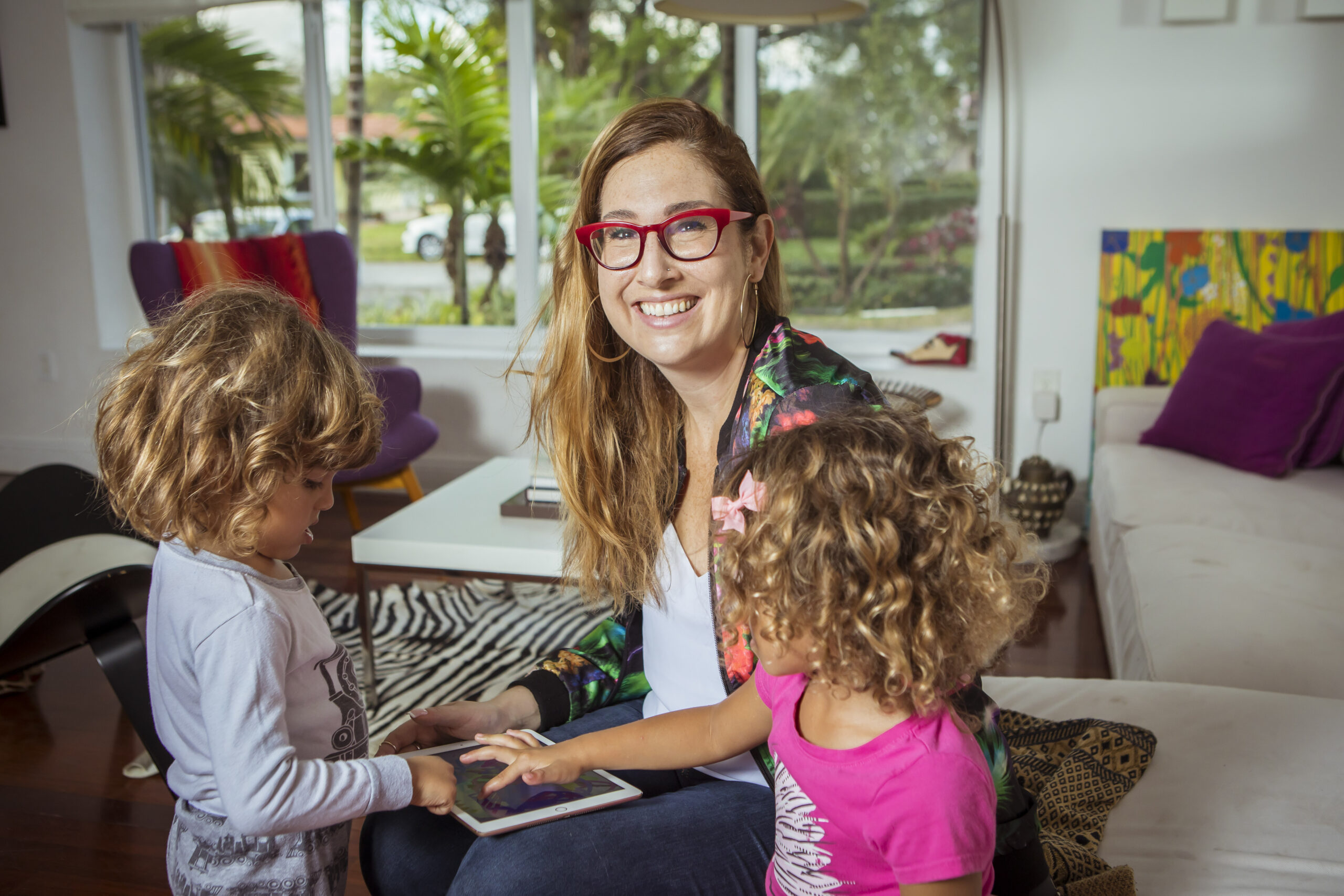 Max Tuchman and kids having fun with the Caribu app.
Photo by Sonya Revell.

Max lives by the golden rule of treating everyone the way you would like to be treated. In business, she says it is important to treat everyone like you’re equal, no matter their position in the company. “I feel you should treat everyone well from the most senior people to the most junior people, including those who clean the offices and/or do security because everyone is a human being and has value,” she says.

As a “minority” in a leadership position, Max believes unity between women and all so-called minorities is vital to success. According to Max, you should ask yourself two questions when walking into a room: Whose voices are not being heard? and Who’s not even in the room? Beyond just race and gender lines, Max says we need to look at other types of diversity like people’s abilities. As a businesswoman, she believes diversity can do more good than bad for business. “Believing and practicing diversity makes you a better leader,” she says. “If you don’t take diversity into account, you are not serving all people and it is important for you to make sure your product is actually solving people’s pain points.”

When Max was beginning her career, she taught government and economics for Teach For America in a high school in Liberty City, FL. The majority of the school’s population was black—African American, Haitian American, Jamaican American, and Nigerian American. Most of the school’s population did not have the opportunity to go out of their neighborhoods and explore the Miami she knew and loved. Max had an assignment for them: research religious winter holidays that were not Christmas. They came back with Hanukkah and Diwali. The assignment eventually expanded to other holidays that did not fall on the traditional U.S. holiday season, like Ramadan. One of Max’s students worked as a candy striper at the local hospital. She wanted to make a sign that showed respect to all of the different holidays. But she wanted to make sure she had the correct spellings of each holiday, so she texted Max and asked, “Can you help me with spelling the holidays correctly?” “I was just so proud at that moment because she saw everybody,” Max says. “All of a sudden, her world was expanded. She wanted to be kind and considerate to every patient and let everyone in the hospital know about all of the holidays that were being celebrated there.”

“Believing and practicing diversity makes you a better leader.”

While teaching government and economics at the high school, she received a grant to buy and teach the lessons in Rich Dad, Poor Dad for Teens. They also received a game called the CASHFLOW Board Game as part of the grant. “It was all about showing kids that you’re going to live paycheck to paycheck unless you invest, buy assets and think about ways you can save your money,” she explains. She remembers one of her students-Oluremi-saying to her, “You know Miss, the Miami Arena is up for sale and I think it’s a good asset and I think I should buy it.” Her work was figuratively done. “All you want as a teacher is to make some kind of impact—hopefully long-lasting—on a kid’s life,” she says. “For me, I could see his prospects in the world being so different, because he knew the difference between an asset and a liability, and he was already thinking about investing in real estate.”

In 2015, Max, and fifteen others were appointed by former President Obama, to serve as White House Fellows. This was during his last year in office and Max was given the opportunity to work for the US Department of the Treasury. In her teaching days, she worked with students on financial literacy, but it was not at this scale. “Here I was thinking about not only financial literacy but inclusion and ensuring every American had an opportunity to be banked and that students weren’t being crushed by their student loan debt,” she says.

“It is unfair to children if we allow them to graduate from school and they can’t read a job application or even read for pleasure.”

Max says every Tuesday and Thursday, Fellows had the opportunity to sit with the President, First Lady, and members of the Cabinet for lunch. “We would sit and talk and ask any questions we had,” she says. “They gave us advice and let us know their mistakes as well as the lessons they learned that lead to the successes in their careers.” She remembers talking to former Secretary of State Colin Powell. He let her know he was also a former White House Fellow and his experiences outside of being in government. “It was mind-blowing. You can’t recreate that anywhere else,” she says.

Max sees Caribu as a vehicle for advancing early childhood literacy. She refers back to her time as a 12th grade teacher. It was then that she realized how the education system failed her students who could not read at grade level.  She had 180 days to get them to the point where they could be productive in the world. “It is unfair to children if we allow them to graduate from school and they can’t read a job application or even read for pleasure,” she says. “This is unacceptable.” When she was a White House Fellow, she met former Secretary of Education Arne Duncan. She asked him if he had unlimited funds what would he put a majority of his focus on. He said he would focus on early childhood education. She says he believed it could change the world. 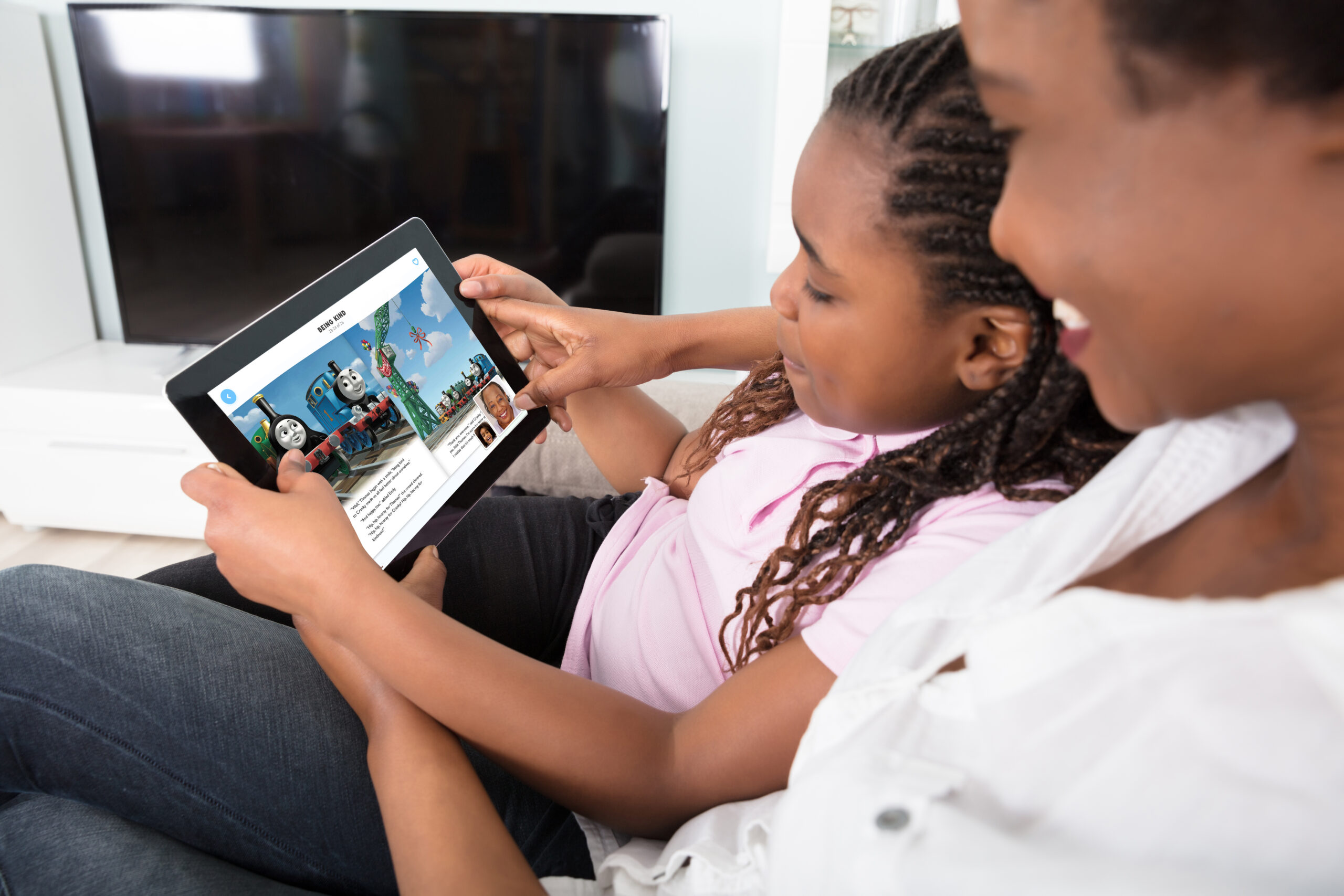 Mother and daughter reading on the Caribu app. Families can pick from thousands of children’s book titles in-app. Photo courtesy of Caribu.

Through her research, Max understands quantity and quality are two factors that help in early childhood literacy. “There are two components to learning to read: there’s quantity of reading and quality of time reading. We do both, but we really focus on quantity,” Max explains. “From 0-3, kids should be reading a minimum of 20 minutes a day and should be hearing 30,000 unique words every day, and that is hard.” What makes Caribu different from services like Skype and FaceTime, is the ability to play games, draw and most importantly, read from a library of over 1,000 books in-app with a caring adult who might be located anywhere in the world. It’s very cool and easy to use.

The idea for Caribu came from a photograph of a soldier trying to read to his daughter through a webcam. The team at Caribu wanted to know how they could make this exchange more fun and engaging. It also inspired the team to partner with Blue Star Families, a non-profit that helps those in the military, to donate Caribu to active-duty military families. With Caribu, consumers have access to over a thousand titles in eight languages. While Max understands not every family can afford $6.99 a month, she believes the service is affordable for most and costs less than one hardcover book.

For Max, Caribu solves some of the problems she saw while she was the executive director of Teach For America Miami-Dade. They would have students, including football players (who the kids idolized) to spend time reading with the elementary school kids across the street. After the readings were over, the children could take the book home with them. She recalls one girl in second grade running up to her sister and screaming with excitement, “Look, I have a book. It’s going to be the only book in our house! It’s going in my room!” Max was shocked. “I couldn’t believe it, but that is the reality,” she says. “For me, it is about high-quality access and making sure that kids have access to a library of high-quality books.”

“If you are constantly trying to surprise and delight your customers, you will always win.”

For young entrepreneurs, Max advises them to chase the customer and not the investment dollars. “Fundraising is not why we build companies,” she says. “We build companies because we found a problem customers have and we can solve it better than anyone else.” When a young entrepreneur is focused on thinking about the customer, they will always be successful. “If you are constantly trying to surprise and delight your customers, you will always win,” she says.

Max sees Caribu becoming a household name. She wants everyone to have the chance to experience Caribu. “I want every child to have a way better reading experience with their parents and grandparents no matter where they are. I also want kids to read a lot more,” she says. “I want them to have a fun time with long-distance families. I want them to enjoy art, coloring, and reading stories of faraway lands with people who may look like them and some who don’t look like them. When we have fully accomplished that for every child, it will bring me the greatest joy.”

All seven books of the Mr. Business: The Adventures of Little BK series are available on Caribu.