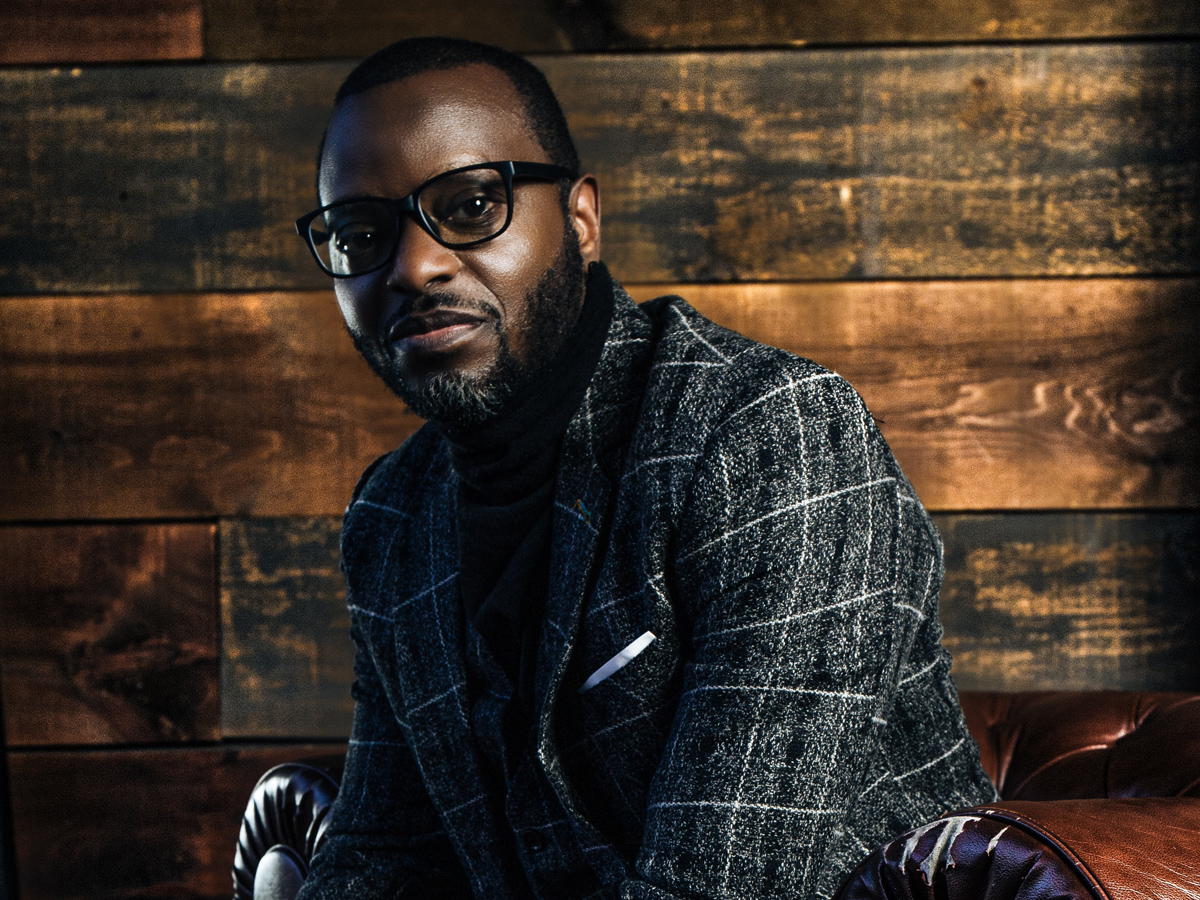 “We are fighting for more access and opportunities for creatives.”

Michael “Boogie” Pinckney was an assistant director on movies like Spike Lee’s Inside Man and Lee Daniels’ Precious and TV shows like Broad City and Law & Order CI before he ventured out on his own to write and direct. “I’ve lived in Bed-Stuy for most of my life,” he says. “As a black creative, we often have slashes in our titles. I’m a Directors Guild of America (DGA) director/creative producer/writer/mixed media painter/founder.” Through his work and initiatives, Michael “Boogie” Pinckney is creating opportunities for creatives who have not been given opportunities in the past.

For Michael, keeping himself working is essential. He is always working on a project and loves to see where he can take his ideas next. “I love developing projects and seeing them through to fruition,” he says. He is currently working on getting distribution for a few pivotal projects: Blue Fame, a TV show about an all-female undercover unit in New Jersey, and SoleKings, a series about the life of “sneakerheads” in Brooklyn. The series first appeared on BRIC TV. 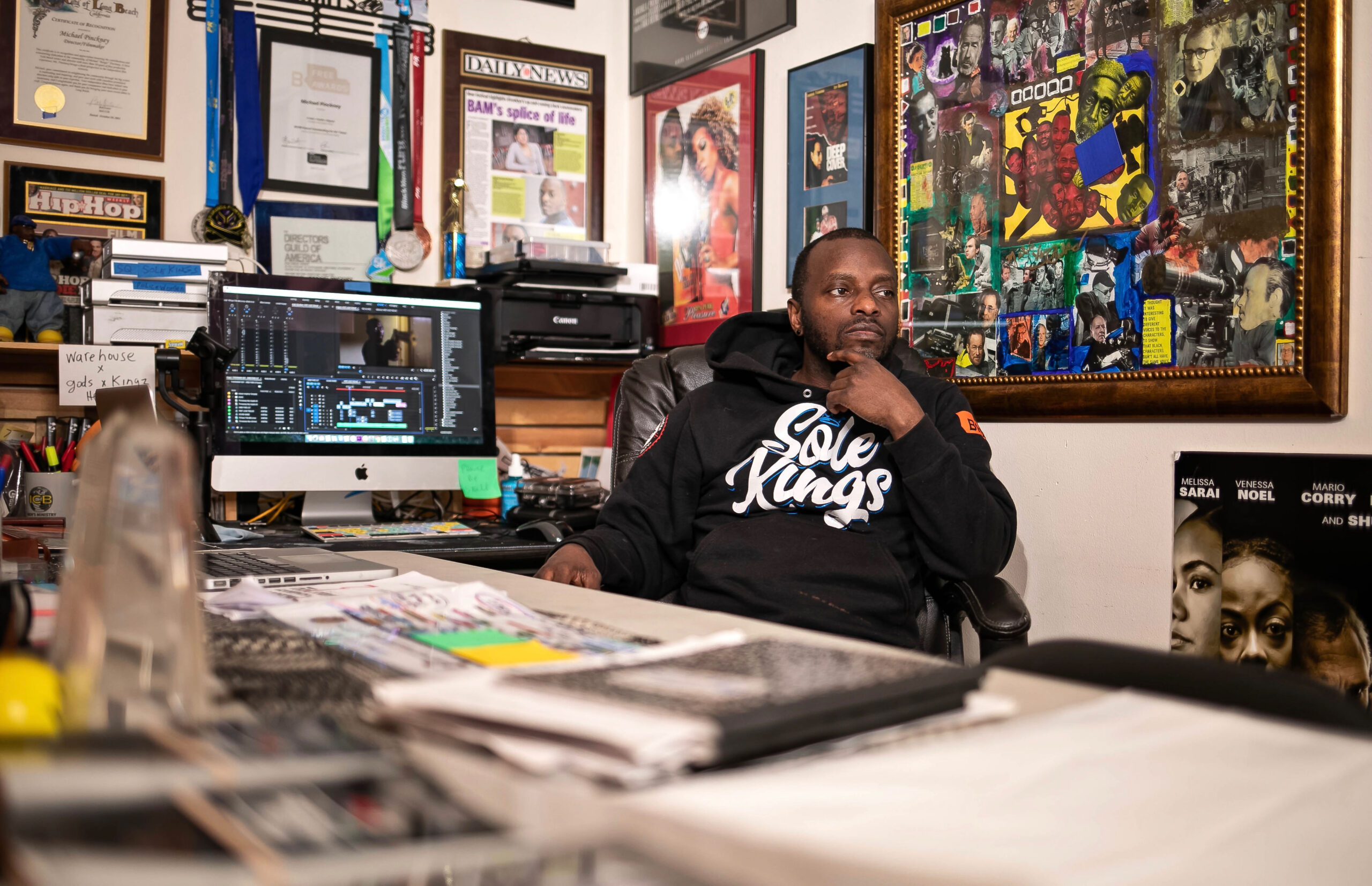 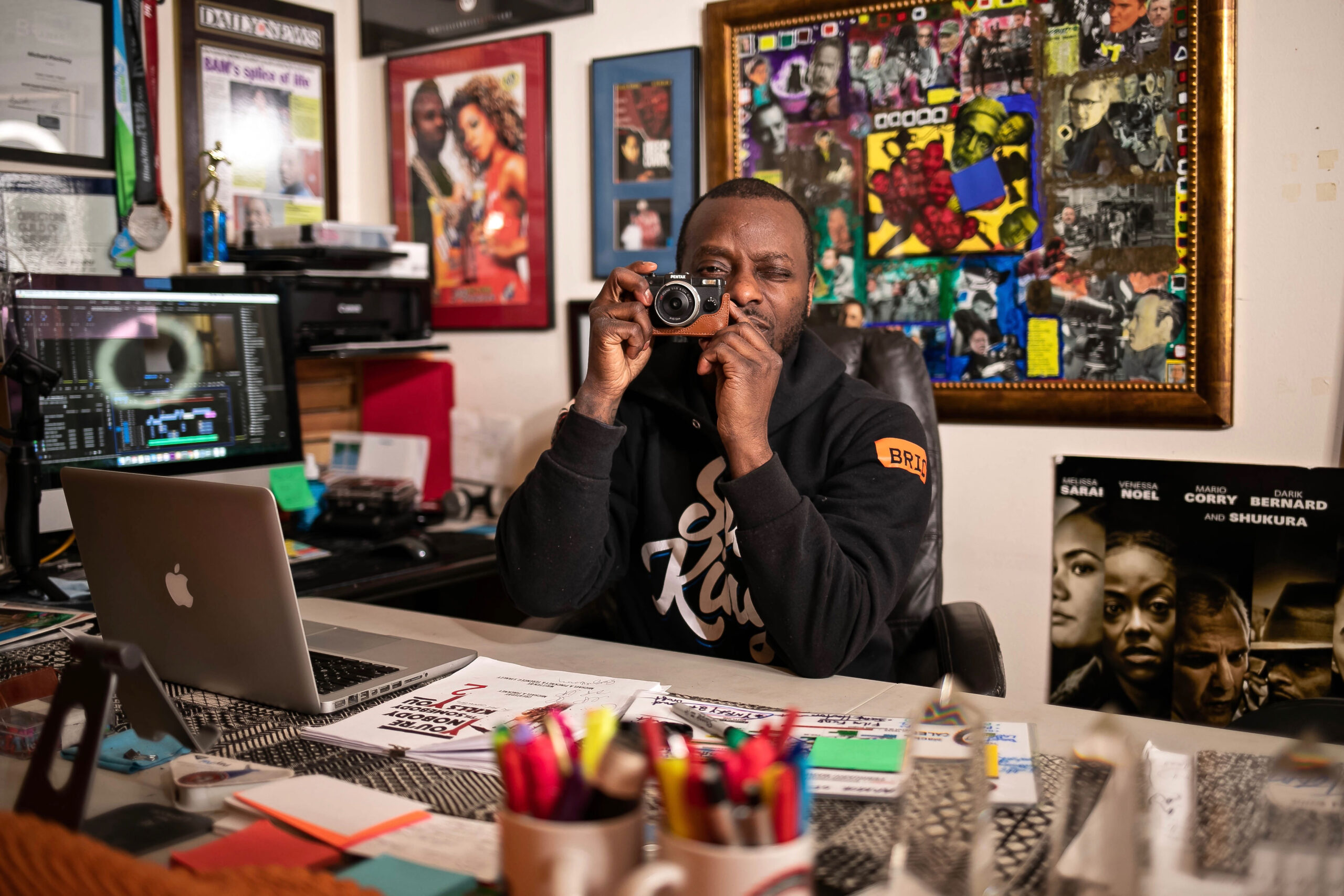 Michael’s mixed media art encapsulates black culture. His painting Three Rings depicts a LeBron James signed Cleveland Cavaliers jersey. It was to celebrate Lebron winning three championship rings. Another painting called Get Out was inspired by the Jordan Peele film of the same name. The painting features a black figure in a suit that is cartoonishly disfigured. Words like “mental,” “fear,” and “pain” are crossed out. He was particularly interested in how the film explored racism and how it affects the “black psyche.” He says he created the painting to shed light on this unique trauma that affects black people.

Beyond creating, Michael is the founder of Blackville, a creative community that empowers black creatives. The purpose is to push Hollywood to be more inclusive and purposeful in looking for black talent behind the scenes. “We are fighting for more access and opportunities for creatives,” he says. He is also preparing to launch a black-owned online coffee company called Blackville Coffee Co. “We’re trying to take 2021 by storm, redefine the narratives, and create our own table,” he says.