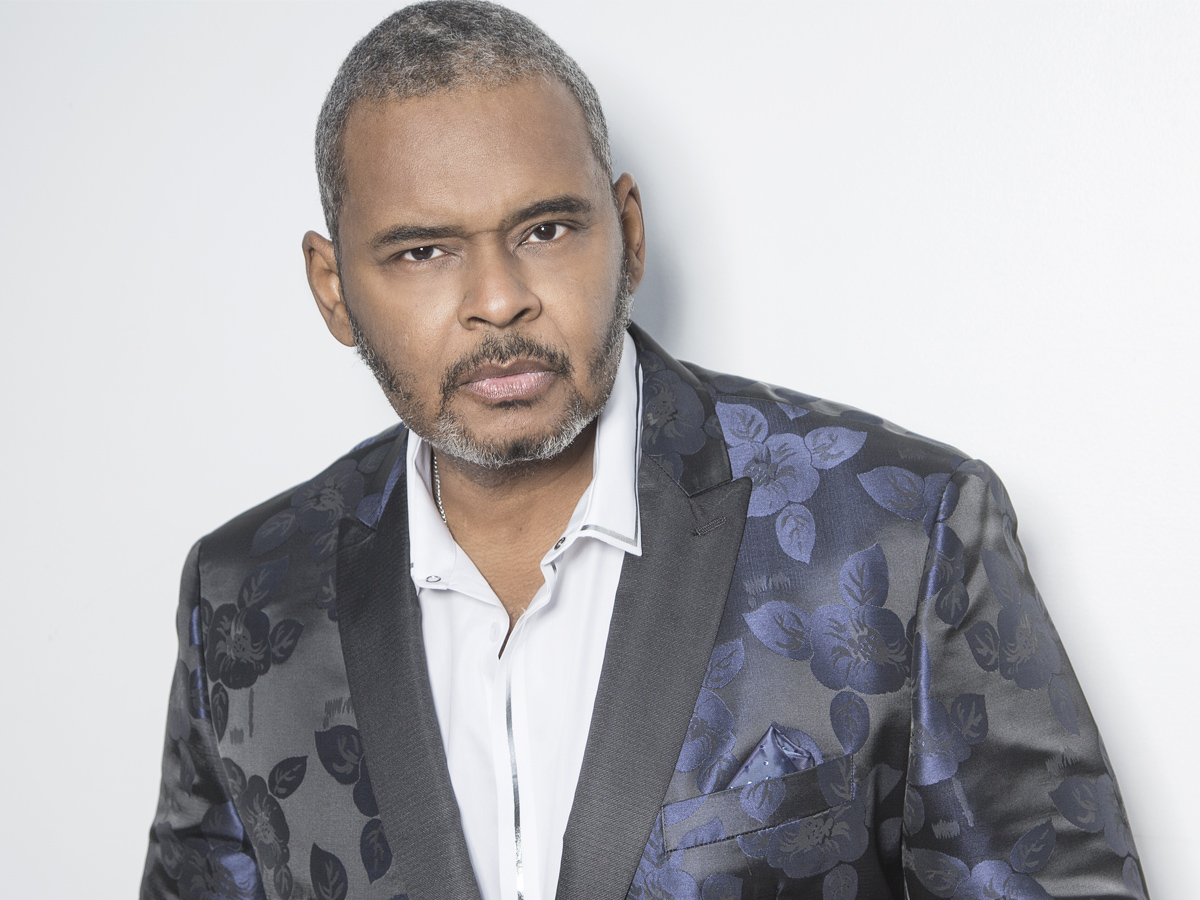 “Know a good story when you see one.”

Growing up in Detroit in the late 60s and 70s, Ron Simons was yearning for a way to get out. His family was blue collar like many during that time period. “I had a couple of ideas of how I was going to get out,” he says. “Not atypical for most families I was thinking doctor or attorney. I thought either of those goals might get me out of the poor neighborhood and on track to buy. I was really ready for change.” His grandfather was a sharecropper in the South. He was part of the Great Migration. He didn’t have more than a third-grade education but taught himself how to read. “I don’t know how one does that.” When he arrived in Detroit, his grandfather learned the skills required to get a job as a mechanic fixing cars. “It wasn’t the worst paying job. It actually paid well back then, close to what people made on the assembly lines,” Ron says. “I felt like that was an inspiration to me because it said to me that if you believe in what you are wanting to do and you work hard, you can achieve your goal.” 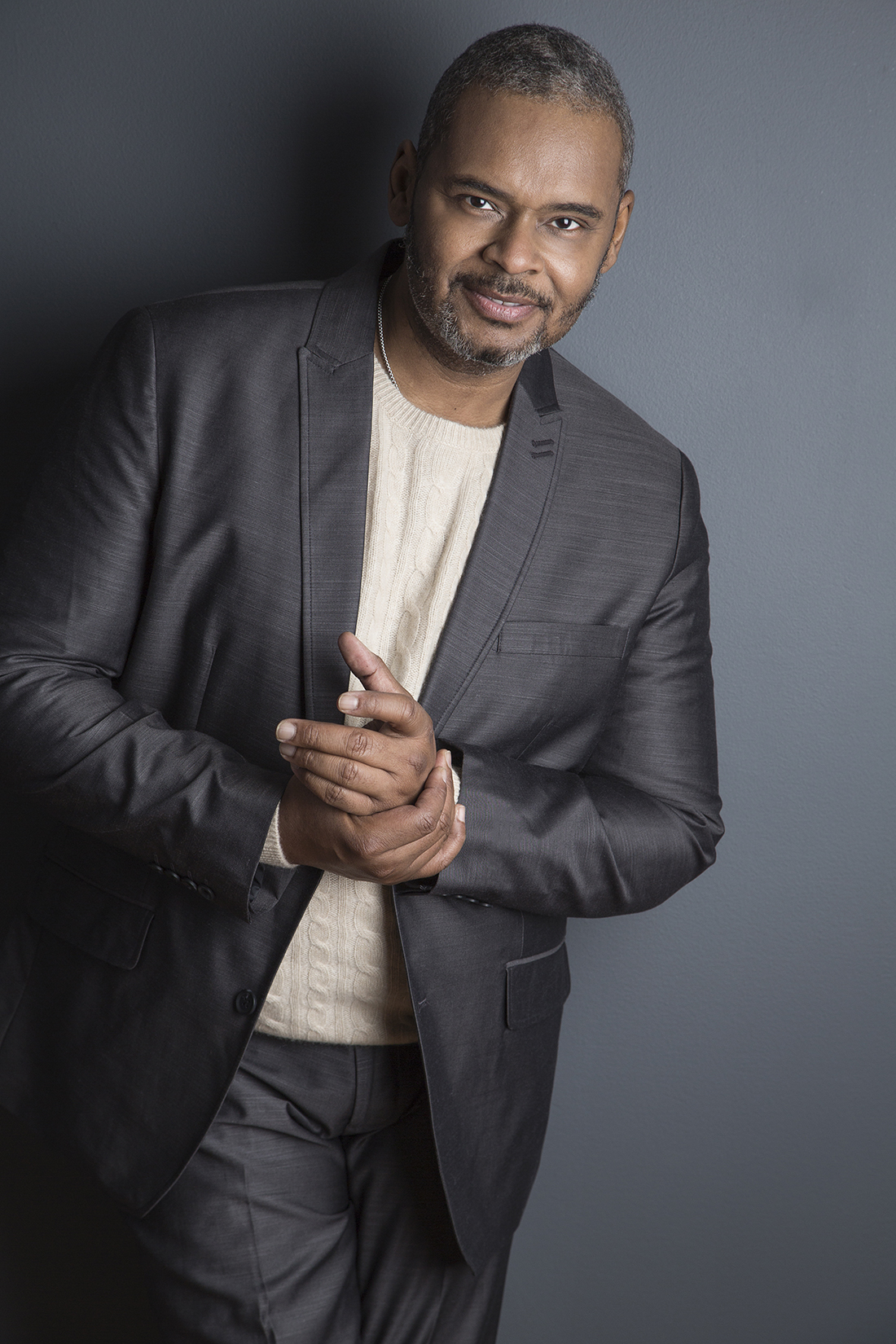 In 1982, after graduating from Columbia University with a degree in computer science and English/theater arts, Ron had two choices: follow his dream as an actor or put his computer science degree to good use. He had put applications in at various technology companies and at the same time he applied to the Yale School of Drama. He accepted a job at Hewlett-Packard. A week later, Ron got a phone call from the head of admissions at the Yale School of Drama. “The deadline has passed, but we were so enthusiastic about the package you sent in that we are going to extend the deadline for you,” Ron recalls the voice at the other end saying to him many years ago. Ron was perplexed and began to think of every dilemma in his life: How would I pay for it? Maybe I can get a loan, but you are already deep in debt from undergrad. And then when you get out of college, actors don’t always make the most money. Your mother is about to retire, and your grandparents are already retired.

After Ron rambled on about his concerns to the head of admissions, they wished him the best and ended the call. “I came to the conclusion that I was not going to pursue getting into the Yale School of Drama,” he says. “I was going forward with my corporate plan because I needed to support my family. That did not change due to the Yale call but what did change was my focus and reassurance that acting and entertainment was where I was supposed to be. I felt like it was my destiny. That was the universe telling me that maybe not today or tomorrow or even five years from now, but somewhere down the line you are going to become an actor. Nineteen years later, I did.”

“All of the places I’ve been in my life and the dedication, focus, and tenacity I had to learn folded into making me a better producer.”

Even though Ron began his journey as an actor after graduating from the University of Washington with an MFA in Acting (2001), he soon became a little disgruntled with the projects that were being green-lit and the characters he was being asked to play. “I just thought they were mediocre,” he says. “And I was like, you know what? I think I can do mediocre by myself. Matter of fact, I can do way better than mediocre.” In 2009, he began to produce his own plays under his own production company – SimonSays Entertainment. He was in his late 40s. Notwithstanding this ostensibly late start, in 2012 his first production, Porgy & Bess, won a Tony Award for Best Revival of a Musical. This would be the first Tony of many for Ron.

In life, we don’t always know which skills will be of the most use during particular phases of our careers. For Ron, he believes every degree he has earned and every job he has worked helped him to become a better producer. When Ron was studying at Columbia Business School in 1989, he took a course on managing personal and group dynamics. The course taught him how to deal with stress in his job and how to lead a team. His time as an actor taught him what makes a good story. “I don’t know everything as a creative producer, but I do know a good story when I see one,” he says. “So, when I find something, I leverage everything. All of the places I’ve been in my life and the dedication, focus, and tenacity I had to learn folded into making me a better producer.” 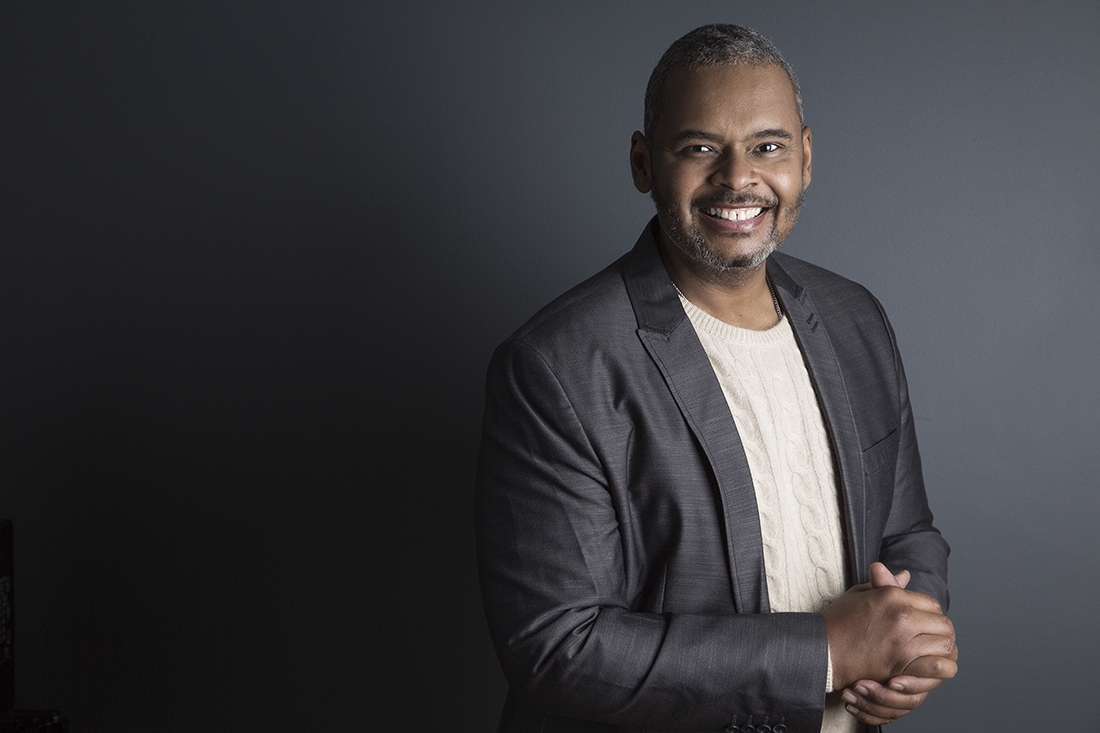 When scouting for new productions to get behind, Ron looks for three characteristics. “The project must not only have a great story but must have commercial viability, artistic integrity, and it needs to focus on or support the stories of underrepresented communities,” he says. His new Broadway play Thoughts of a Colored Man has all three. Thoughts of a Colored Man is the story of seven African-American men who discuss the issues that affect them the most. The play takes place over the span of a single day in a gentrifying Brooklyn neighborhood. “The characters speak about their truths in very authentic and raw expressions and words,” Ron says. “It is the first time that I have heard a play that was totally devoted to the inner life of the African-American male. I have never seen that before.” Ron says this will be the first play that was written and directed by African-American males, starring an all African-American male cast and produced by a majority of black men. “That has never happened before on Broadway,” he says. “And part of that is because there are not enough black producers to go around. At last count, there were like six or seven of us.”

Regardless of a lack of diversity in Broadway, Ron is grateful that he is providing opportunities for new black talent. “I get the chance to help give Keenan Scott II, a talented African-American writer, his opportunity to premiere on Broadway with his first play,” he says. “It gave me the chance to provide an opportunity to give Steve H. Broadnax III, a talented African-American director, his Broadway debut. And at the end of casting, I realized we had a number of actors who were making their personal Broadway debuts.” Wherever Ron goes, he wants to open the doors for more diverse voices to play a role in the larger picture. “I think that this piece contributes significantly to the American canon and diversifies and updates that canon, so there was just no way I could turn it down,” he says.

“There are not enough black producers to go around. At last count, there were like six or seven of us.”

Because his route to producing on Broadway was so unconventional, Ron doesn’t recommend anyone following in his exact footsteps. “I woke up one day and wanted to produce,” he says. “I hadn’t read a book. I hadn’t had mentors. I didn’t take a class.” He recommends pursuing educational opportunities like The Commercial Theater Institute, which has a comprehensive program for emerging producers. The program has a placement for 27 participants every year. He also suggests reading books like Producer to Producer: A Step-by-Step Guide to Low-Budget Independent Film Producing or The Commercial Theater Institute Guide to Producing Plays and Musicals. “There are so many ways that you can educate yourself,” Ron says. “The reason why you want to educate yourself is twofold. First, you need to learn the vocabulary. You need to know what people are talking about so that you aren’t in the dark trying to catch up. The other thing is if you can find a good course, you can find a good mentor who can advise you.” Ron still calls on his professors from the University of Washington for advice. “Whether it is in academia or a mentor or a working professional who is already a producer, you can sidestep some of the main traps that I have fallen into,” he says. “If I had done it a different way and had learned more early on, I could have saved myself some heartache that was unnecessary.” Regardless of these hurdles, Ron has gotten himself back up every time.

Ron is currently working on reviving Ntozake Shange’s For Colored Girls Who Have Considered Suicide/When the Rainbow is Enuf. It will be led by acclaimed choreographer Camel A. Brown. “This will be the first time in over 65 years that an African-American woman has served as a director and choreography for a Broadway show,” Ron says. The first of a new genre called choreopoem, this will be the first time For Colored Girls will be performed on Broadway in years. For Colored Girls and Thoughts of a Colored Man resonate so deeply with Ron because he sees his loved ones in the characters. “In For Colored Girls, I knew those women. My auntie is in there, my momma is in there, my cousin Rachelle is in there. In Thoughts of a Colored Man, my granddaddy is in there, my uncle is in there, my best friend is in there, my neighbor is in there.” Ron is proud to present a revival play all about black women in the same season as a new play about black men. “If there are any Tony voters who are reading this, look out for both,” he says. With four Tony Awards under his belt (the most for any African-American producer in history), Ron shouldn’t worry too much.

“I think that [Thoughts of a Colored Man] contributes significantly to the American canon.”

To learn more about Ron Simons, visit his website.