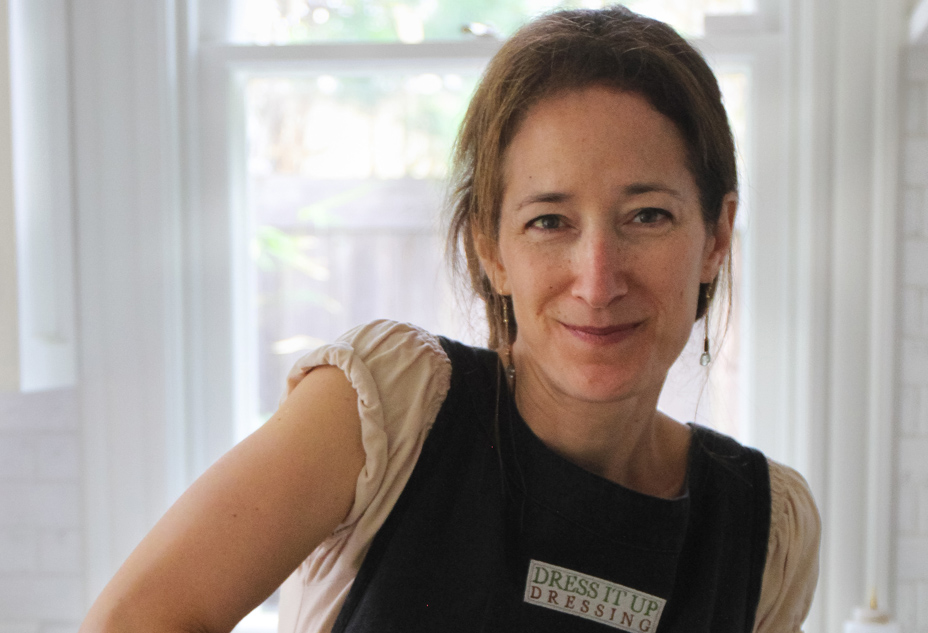 Sophia Maroon, founder and CEO of Dress It Up Dressing.
Photo by Victoria Milko.

“Eating healthy doesn’t have to be difficult.”

Sophia Maroon has lived and traveled all over the world, taking in the culture around her. “My mother is British and my father was Lebanese, so just growing up in that house was a cultural experience” she explains. She grew up in Washington, DC. For college, she moved to the UK and lived there for a bit before moving back to the Manhattan neighborhood of New York City. “I still have close ties there,” she says. “Eventually I made my way back to DC to be closer to my parents after the birth of my first child. I now live with my family in Chevy Chase, Maryland.”

As a mother of three, Sophia realized how hard it was to cook and enjoy a good meal. “I have always loved to cook, but my life can be messy and chaotic,” she says. Sophia would fix salads and other meals with her mother’s salad dressing recipe. The added richness made her feel like she was cooking a gourmet meal, even if it was just a simple salad. Sophia wanted others to be just as empowered, so she created Dress It Up Dressing. “Dress It Up Dressing is a line of salad dressings based on the dressings my mother made, using simple, all-natural ingredients that are so delicious that they can elevate any meal,” she says. “I love the inherent beauty of natural products, and my craft, such as it is, lies in letting that natural beauty speak.” 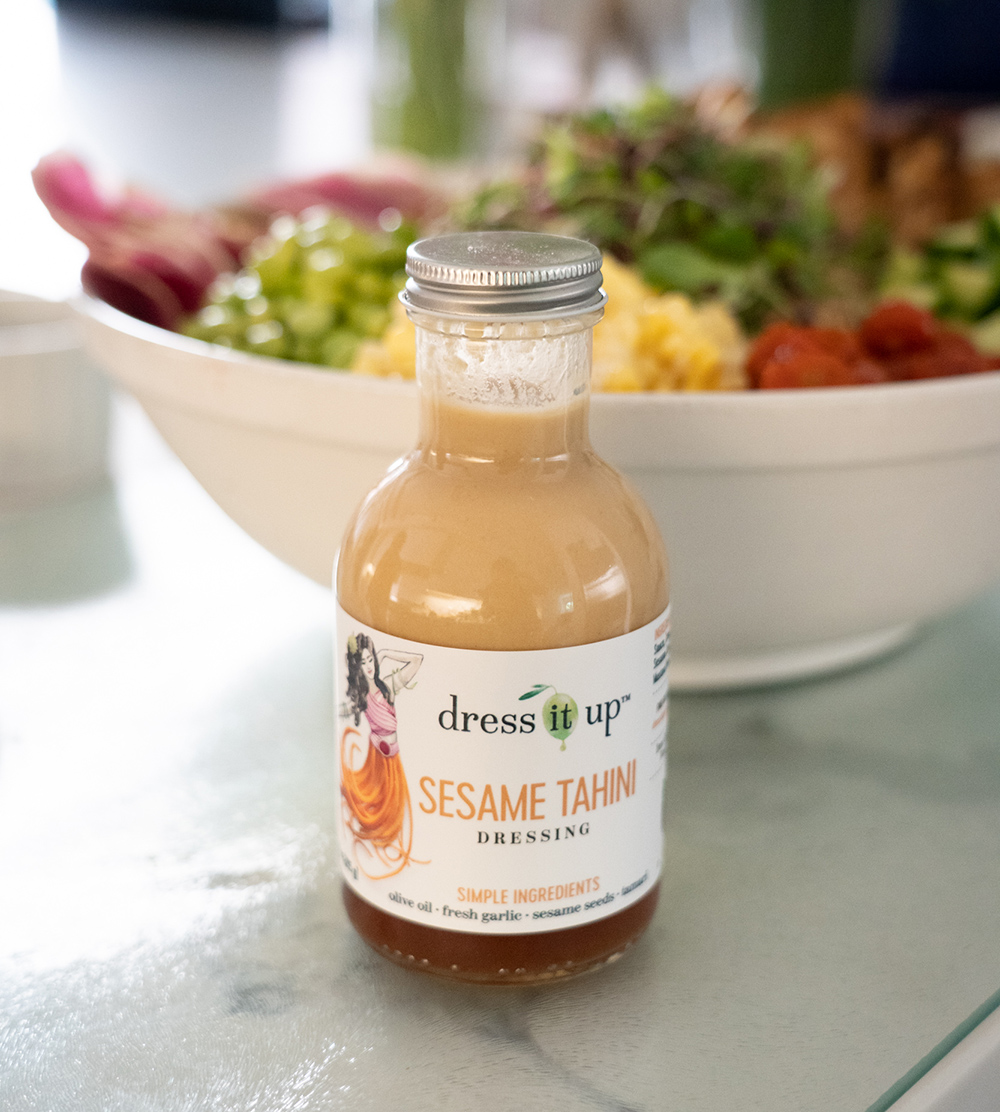 In February, Sophia launched single serving salad dressing packets for people on the go. They were placed on the salad bars at Whole Foods Market stores all across the Mid-Atlantic region. “That has obviously been paused now that everyone is staying in,” she says. “But, these circumstances have provided an opportunity for us to shift our distribution.”

Sophia explains that with everyone being ordered to stay home, there was no longer a market for their packets in grocery stores. But schools needed to figure out how to take care of children who depended on the school system for food. “We saw an opportunity to help,” she says. “Today our packets are included in the thousands of prepared meals that are provided by the DC Central Kitchen and other organizations to school children and people in need throughout the region.”

They are also donating to organizations that are helping people who are falling on hard times or serving on the front lines of the pandemic. “While this is a time of crisis, it is also a time of coming together, and it feels like a gift to be able to help in some way,” Sophia says. “We’ll all get back to our active lives eventually, and there will be a market again for my packets to sell. Right now is a time to help.” 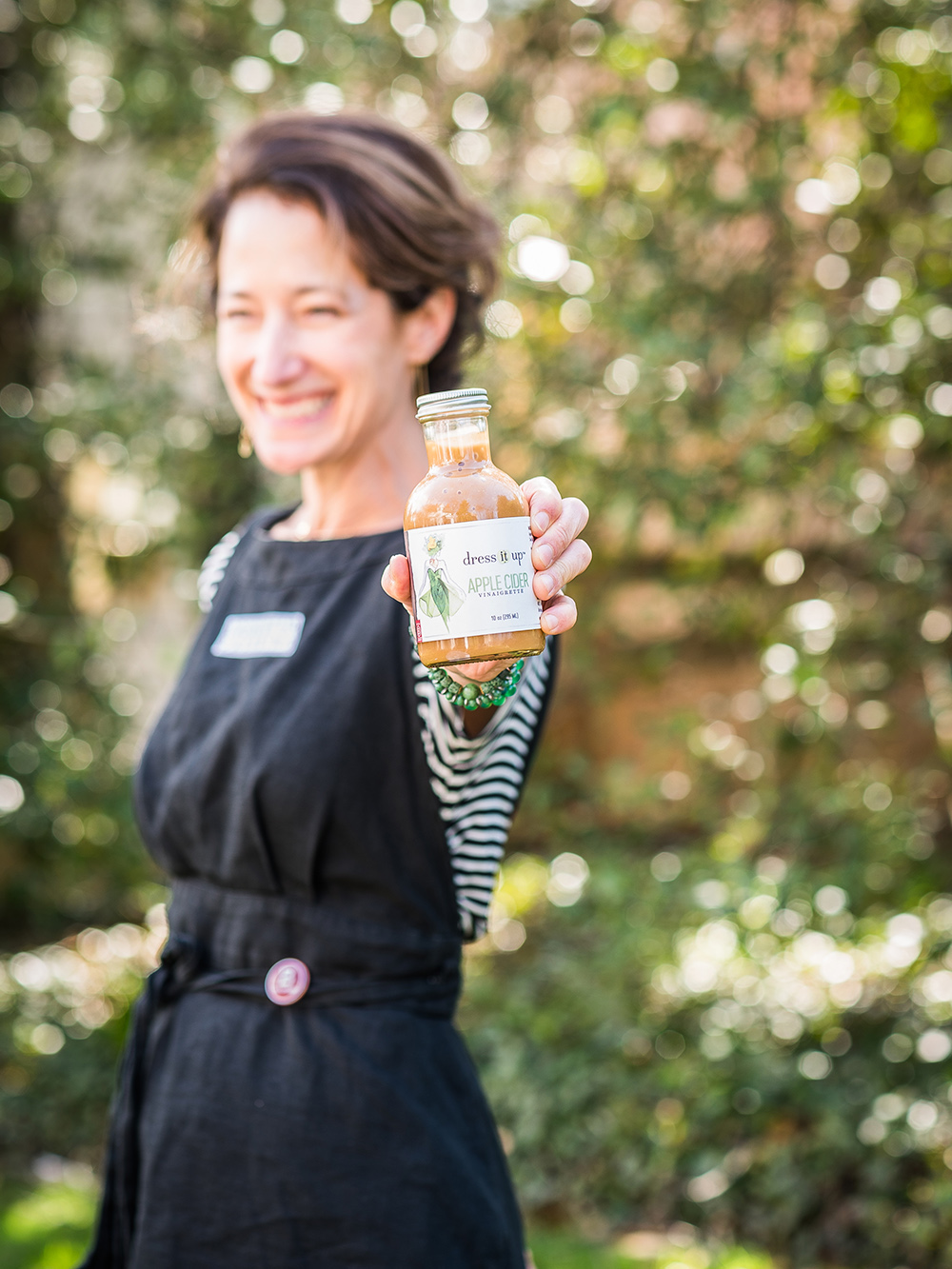 Safe at home, Sophia has been doing what she loves most: cooking meals and creating new recipes for her customers to enjoy. “I have recipes coming out of my ears,” she says jokingly. For her business, the plan is to now focus on improving their website, increasing their online presence, and selling their products on Amazon. “Before the pandemic really hit we were devoting so much time and resources to in-store sales that we did not have the bandwidth to work on our online plan,” Sophia explains. “Now, we are able to shift resources so we can retool our website and engage more on social media.”

In the midst of the global pandemic, Dress It Up Dressing is continuing to work with local partners to get healthy and nutritious food into people’s hands. “We’re working with the Mid-Atlantic Food Resilience and Access Coalition (MAFRAC) who are helping to keep local farmers in business while also feeding people,” Sophia says. “MAFRAC deserves to be commended and supported in every way.”

“While this is a time of crisis, it is also a time of coming together, and it feels like a gift to be able to help in some way.”

Sophia Maroon is hopeful for the near future. She will be happy when all of us can start seeing each other face to face. “Once we’re through this time, we will be excited to get back into stores and see people’s beautiful faces in real life,” she says. “Zoom is great for staying in touch now, but humans are herd animals, and nothing beats face to face!”