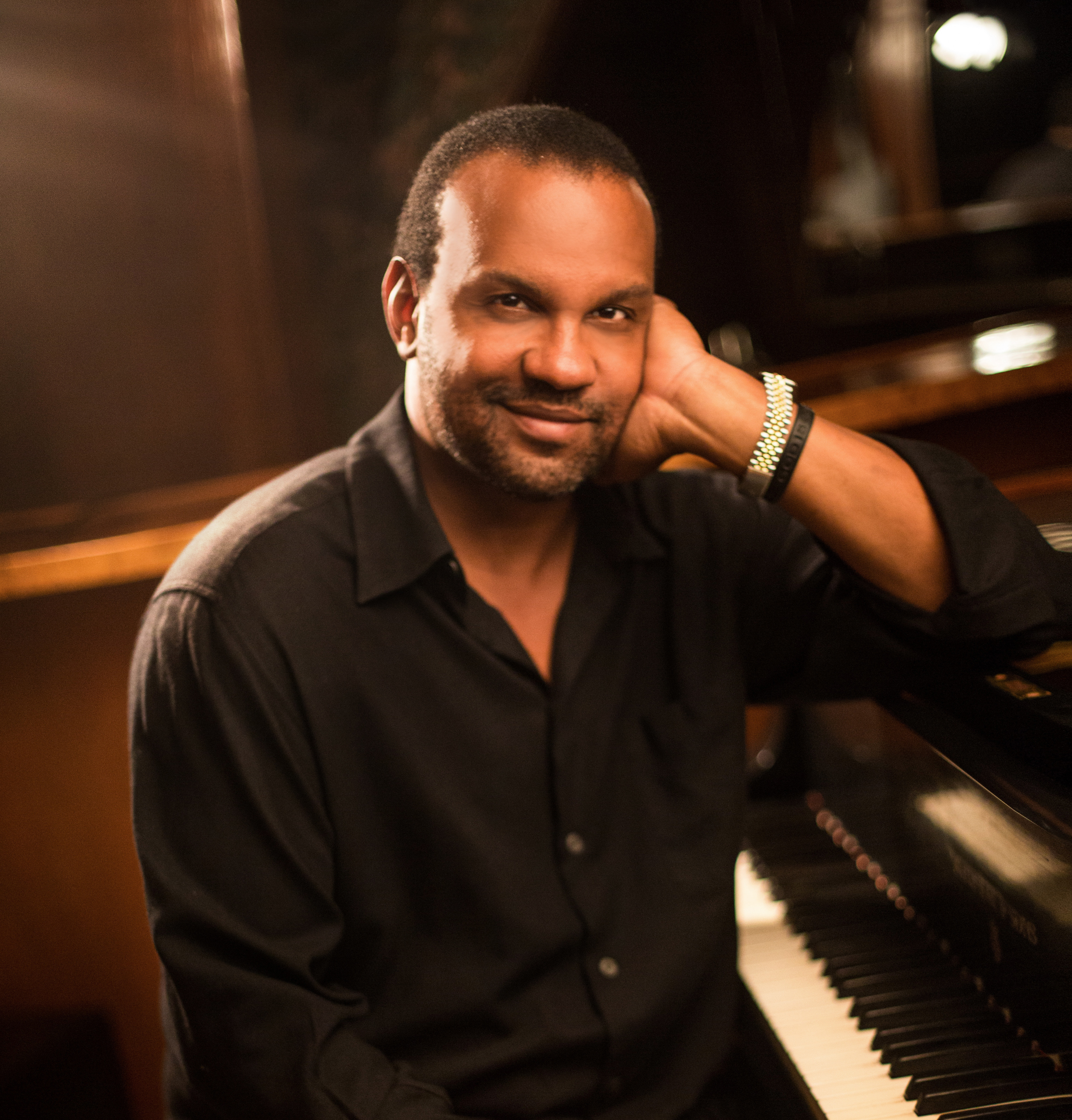 “Tap into the power of the unknown.”

Steve McKeever always knew he wanted to be a part of the music industry. It was arguably a wild idea, especially from a child who grew up in a family where his mom was an educator and his dad was a CPA. But the music spoke to him. It made the world clearer and just a little bit more balanced. He now owns the successful independent label, Hidden Beach, but the journey to success was no easy accomplishment. Even when Steve did not know where he was headed, he had a dream and made the right connections in an industry that is constantly changing.

The South Side of Chicago, Illinois, was a peculiar place for a young Steve McKeever. He grew up in Hyde Park, one of the few neighborhoods in Chicago that wasn’t segregated. His family knew John Johnson. Muhammad Ali would walk the streets of his community. McKeever remembers riding his bike and passing Muhammad Ali’s house. “It had an elevator in it way back then! The neighborhood was an unbelievably fertile ground for entrepreneurs, especially minorities. I got to see a lot of that,” notes McKeever.

As a kid, he had very eclectic taste in music. His taste ranged from Earth, Wind & Fire to Stevie Wonder, Elton John, and Led Zeppelin. When he was down, music would lift him up. He never felt the need to get high off of substances in part because he enjoyed the feeling music gave him. He realized the power of music through his own spiritual experience with it.  At a young age, he “assumed that the music business was one of the best businesses in the world and he wanted to be a part of it.” McKeever repeatedly asked a local studio owner for an opportunity to work in his studio. The studio owner eventually gave him a job sweeping floors, but it brought him into the kind of environment he always wanted to be a part of. His interest was peaked even further.

His biggest inspiration came from an article he read in Ebony Magazine featuring entertainment attorney David Franklin, most known for representing Richard Pryor. “This guy’s lifestyle and everything that he was doing in Atlanta was fascinating to me and I thought, wow, this is a way to appease my parents [by pursuing a law degree] and at the same time getting a toe into the business I wanted to be in.” His plan was simple. He would become an entertainment attorney, learn the business, and then move out to California to work in music.

After receiving his law degree from Harvard University, he headed west to work for the elite full-service law firm, Irell & Manella, in their entertainment department. From there, he worked for the boutique law firm Mason Sloane & Gilbert. He was then recruited by his late mentor, Jeff Sydney, to work for PolyGram Records as the head of the business affairs department. Things changed for McKeever when Mr. Sydney set up a meeting with him to meet Dick Asher, the “head honcho” of PolyGram Records. Young McKeever was anxious to learn everything about the business. “Asher told me there was no limit to my aspirations if I genuinely wanted to help people.” McKeever finished his time at PolyGram working in creative affairs. He brought in the late comedian, the iconic Robin Harris, and produced his first and only album, Be-Be’s Kids.

McKeever was recruited next by Motown to work as the general manager and head of A&R. Two years later, his title had changed to executive vice president of talent and creative affairs. Here, he was able to work with the artists he would listen to as a young man from the South Side. “I was able to work with legends like Stevie [Wonder], Diana Ross and Lionel Richie—people I grew up admiring.” McKeever was pivotal in guiding a new generation of artists who blended the new school with the old school, like Boyz II Men, Johnny Gill, and Shanice Wilson. Additionally, he signed artists like Queen Latifah and Norman Brown. During his stay at Motown, he also started Motown’s most successful jazz imprint, MoJazz.

“I was able to work with legends like Stevie [Wonder], Diana Ross and Lionel Richie—people I grew up admiring.”

Steve reflected on his age when all of this was happening. “When I got tapped for the Motown job I think I was 29 years old. When you think about it, that kind of opportunity is often wasted on a 29 year old. I look back now and I’m even more appreciative of how special it was to travel the world, meet people all over the globe, and work with unbelievable artists while developing creative projects. I’m sure I appreciated it then, but I was just working too much to take it all in.”

He was on his way to start a record label with Sandy Gallin, who was Michael Jackson’s manager; but after coming home from his honeymoon, spent touring the continent of Africa on safari, things started to fall apart. Doug Morris ended up getting fired from Warner Bros. Music Group.  This  limited Steve’s ability to start a new label as planned with Doug and Sandy. His very “plum contract” was no more. “It was a non-existent opportunity. I had just committed to buying a new house. I ignored all the voices in my head that were telling me to get out of the house and go find a job. I had a bunch of unsolicited offers to continue doing what I had been doing at other labels but I had decided that what I really wanted to do was run my own shop and do things a bit differently….” He felt that if he explored these offers, he would be enticed by the incentives offered and lose sight of his “entrepreneurial dream.” He admits that he didn’t know how to start a company from the ground up, so there was a moment when he was “…walking up the trails of the woods.” But he knew what he wanted.

McKeever saw an opportunity that was not being taken advantage of in the music industry. He recalls seeing artists like Madonna recording music with Boyz II Men’s producer Dallas Austin that was pretty left field of what the world was used to hearing from them. He knew songs like those would never be released at that time. One day he thought, “Wow, I have this vantage point that lets me hear this great stuff, but the public doesn’t get a chance to hear it.” Hidden Beach would be where artists could be free to experiment and make the records they really wanted to make without pushback from a major label. Success didn’t take long when Hidden Beach’s first release, Jill Scott’s Who Is Jill Scott? Words and Sounds Vol. 1, was nominated for Best R&B Album at the 2001 Grammy Awards. It went on to be certified 2x platinum and is now considered to be one of the greatest albums of the 21st century.

McKeever looked at everything Hidden Beach put out into the world as an experience. He would put a thank you note in every CD released to the public. In 2014, Hidden Beach Recordings became Hidden Beach Experiences. This transition made a lot of sense to Steve. Hidden Beach was already using tours and launch parties to drive music sales and to give their artists exposure. They just weren’t capitalizing off of these experiences as a key part of the business.  But things had to be put on hold for a moment when the unthinkable happened. Shortly after announcing the new brand, Steve and his family were involved in a major car accident. “It was one of those reset moments where I needed to reconsider my priorities. For the first 6 months of 2015, life was just making sure that everyone could be put back together again. I wanted to be sure my wife could walk and my kids were ok.”

In spite of these setbacks, Steve and Hidden Beach continues to be a success. Steve is planning to release the eighth volume in Hidden Beach’s critically acclaimed Unwrapped series. He says it’s one of the best volumes they’ve done so far. “I probably have four albums of material spanning several years….” He describes the Unwrapped series as a “marriage between top jazz musicians playing covers of popular hip hop tunes.”

He takes a pause and begins to laugh when we ask if he feels like he has made it. “I don’t think I’ve made it yet. I’ve definitely had benchmarks of success in regards to things that I strived for at any given time. When I recently found some of my essays that I wrote for law school, it’s a little frightening to see how close I went down the path that I had espoused when I was young. I predicted that I would come out to California, get in the business and represent artists. I wanted to give artists representation. I thought that was what was needed.”

When asked if there is any advice he would like to give to young entrepreneurs, he emphasized the power of the unknown. “A mentor of mine gave me advice that I pass on quite often. If you can communicate all the steps that you need to take to get from point A to point B, then you’re not dreaming big enough. You know you’re on the right path, in a lot of respects, when you have no idea of how you’re going to get there. So a lot of dreams get stopped completely when someone says, ‘Oh, I want to start a label or I want to do this or that, but I don’t know how to do it or I don’t know how to research it.’ There are a thousand reasons why someone says they can’t do something. The power of ‘not knowing’ is what I call it.  We can use that uncertainty. If someone had told me that you’re going to meet Stevie Wonder by calling his office for five months and become great friends and have a relationship and have him sing at your wedding or be a godfather to your child, I would say you’re out of your mind. Would I do that same approach now? I’m not sure. We are all born with so much innate ability and instinct. If you have a dream, you have to learn to tap the tremendous resources that everyone has inside them already. These internal resources can help us in achieving any dream we can imagine.”

McKeever loves California. Very few places in the world afford such a wide range of activities that one can participate in. “I love travel but I am forever appreciative of living in California; so, I look out the window in awe on a daily basis. Just being around nature, especially the water, has always helped me to chill and relax. I paddle board and just a couple of years ago started surfing, which is the last thing I would have imagined doing, growing up in Chicago. I ski as well. Those are the things I do to relax.”

When he looks back on his career and the future of his business, McKeever wants to continue grinding. “I’m forever appreciative of everything that I have—my family, the experiences in the industry, the wonderful things that I’ve been able to do and the people that I’ve worked with. I don’t think I ever had that ‘this is it’ moment. I think it was Oscar Peterson that talked about the moment that you think you’ve made it, you should roll over and die.”