Theodora Lee is a partner and trial lawyer at Littler in San Francisco, and the founder and owner of Theopolis Vineyards, located in the Yorkville Highlands of Anderson Valley in Mendocino, California. Her passion for wine began when she relocated to San Francisco from Texas in 1987.  “I was influenced by my law firm mentors, many of whom owned vineyards,” she explains. She recalls one law firm mentor who grew grapes in the Dry Creek Valley AVA and the summers she spent hanging out in Healdsburg, California. These moments led her to fall in love with the Vineyard Lifestyle.

Her vineyard dreams came true after she enrolled in several viticulture classes at UC Davis. Theodora was continuing a long family history of cultivating the land. “As the granddaughter of Texas sharecroppers and the daughter of a cattle farmer, I learned how to drive a tractor at the age of 8,” she says. “My farming roots continued in California.” In 2001, she purchased sheep land in the Yorkville Highlands of Anderson Valley. Theopolis Vineyards was established two years later in 2003. 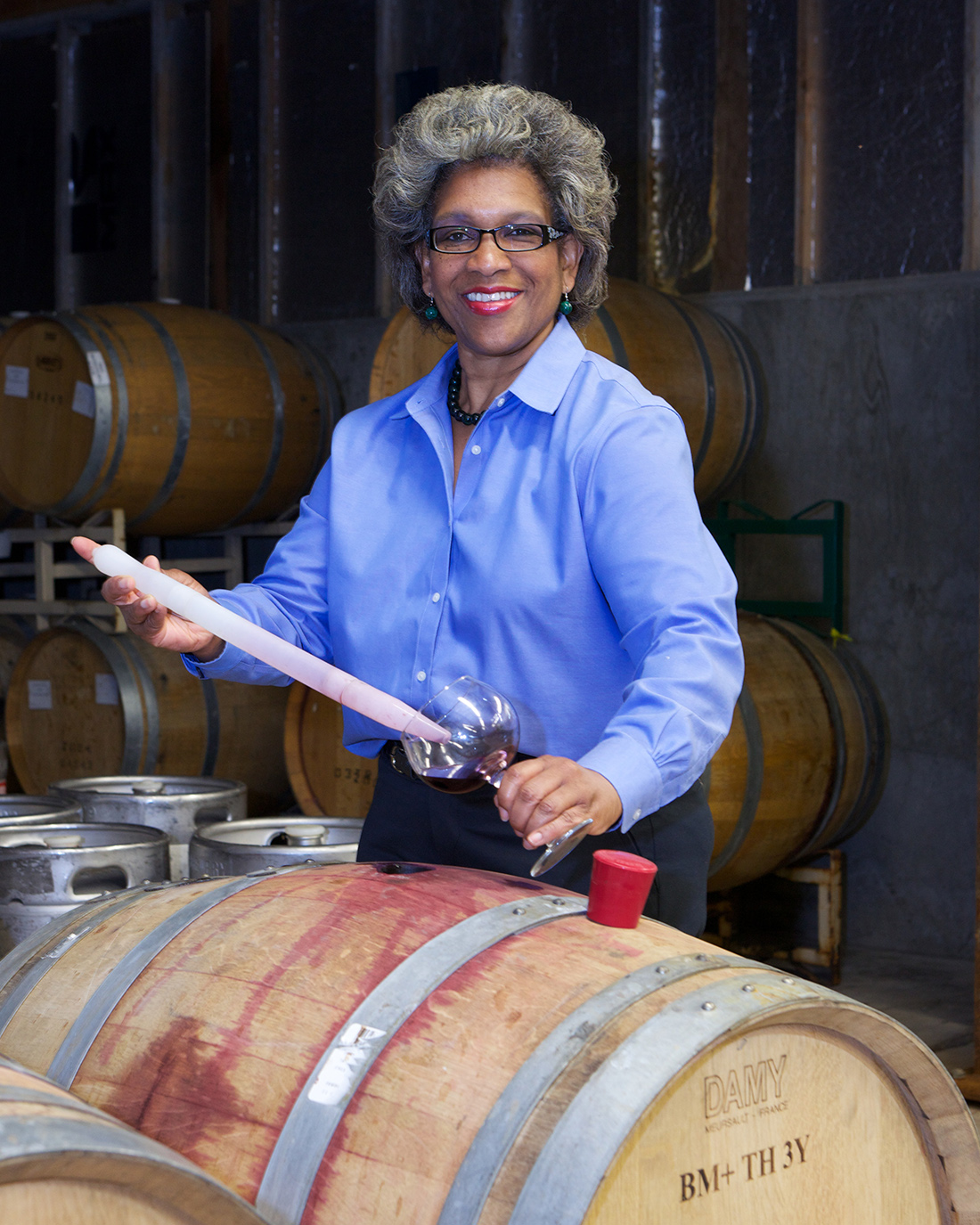 Theodora Lee is known by another alias in the wine world. She is known as “Theo-patra, Queen of the Vineyards.” “Some creative types caught a glimpse of me with my silver-hair atop a tractor and dubbed me ‘Theo-patra, Queen of the Vineyards,’” she explains. Nonetheless, the moniker is well earned. Her wines have been praised by the critics. Wine critic Robert Parker gave wines made from her grapes a 94-96 point rating, and she has earned gold medals from the Sunset Magazine International Wine Competition.  These are just a few of her accolades.

Theodora Lee is currently working on her first red wine blend called Theo-patra’s Cuvée Cerise. She thinks it will be successful with millennials and fine wine connoisseurs alike. “It will be a complex cuvée of Syrah, Mourvèdre, and Petite Sirah,” she says. “The rich cranberry dried plum, and elegant spice creates a beautiful potpourri on the nose.” She hopes to release the wine blend in winter 2020.

Theodora is excited to be expanding her brand. She hopes to grow from her normal 800 cases a year to 1,000. She says she will continue to bottle the wines that her customers know and love as well as her new blend. “We will increase our production to meet growing demand,” she says. “We thank everyone for their support. This has truly been a dream come true.”