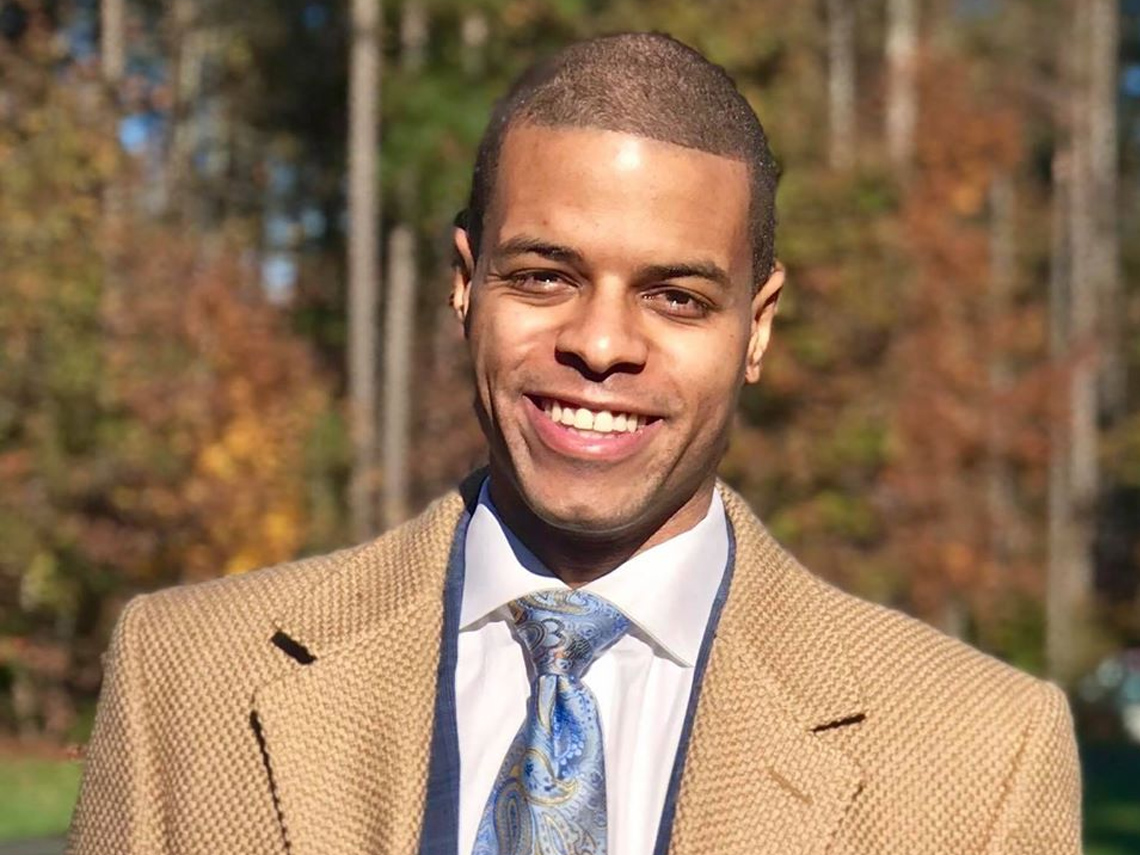 “Compassion is the writer’s greatest tool.”

Tre Tennyson is a Richmond-based writer, composer, stage director and performer who centers his work around death, time, race, class and power, and how these themes impact daily life. “I have always believed that at the center of mankind’s striving and struggle lies its preoccupation with time and the limits time places on experience, agency, and self-determination,” he says. “So, through my work, I examine the lives of the characters who come to me and see, as best I can, what they might reflect about the rest of us.”

Tre was drawn to playwriting at a very young age. He was 7 years old when he wrote his first play The Representative about a congressman during World War II. He admits it was a “meandering 28-paged mess,” but he still loves to read it. Because he was an only child and didn’t live near his classmates, he often spent time alone, even though he was social and loved being around people. “Playwriting, I knew, from the short skits we read in class, was a communal art form,” he explains. “It required everyone’s participation, and it was a place where your friends got to share openly in your solitary imaginings. So, it was a natural fit for me.” Tre’s enjoyment and appreciation for the form only increased as he got older. 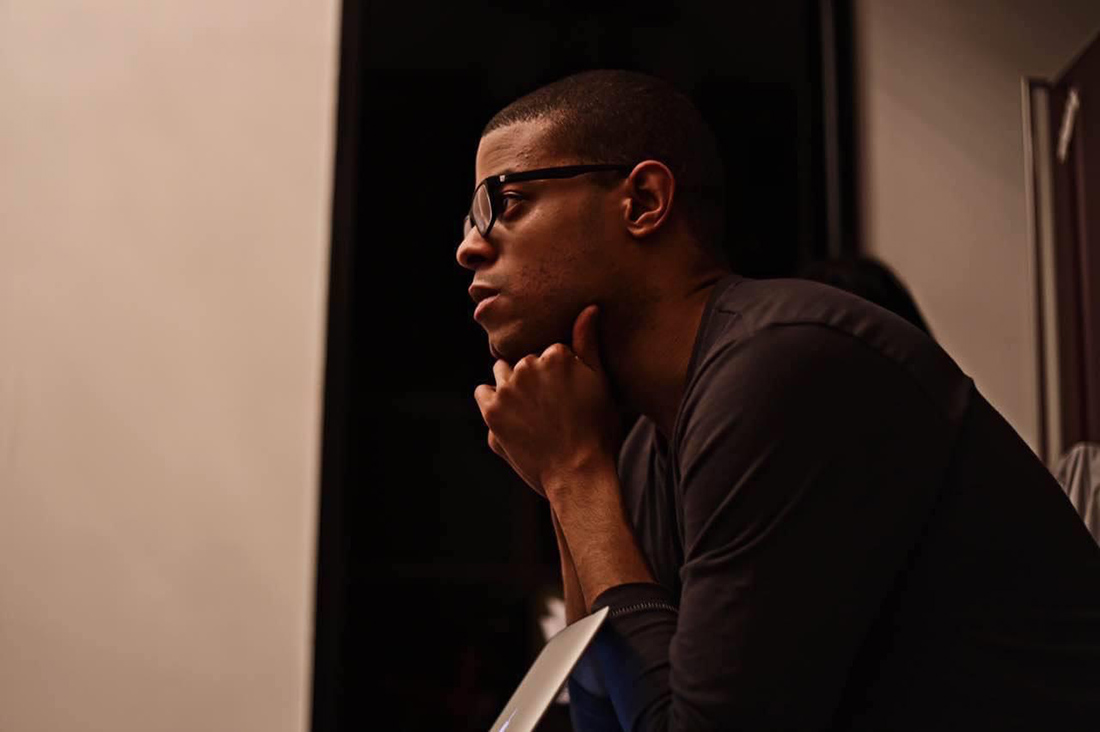 As Tre explains it, a playwright has to work with directors, actors, set designers, costumers, and many others while a poet or a novelist usually works solo or with an editor. He appreciates how the audience is experiencing what the actor is experiencing on stage. “There is something about this shared existence that will always remain unique to live theatre, binding us closer together,” he says, “and allowing us to experience the full language of a moment as it happens, with our hearts bared and souls attuned.”

Tre says his education has had a profound impact on his writing. He grew up in the church and went to a private all-black Baptist school. In high school, his education centered around the humanities—art, literature, and religion. As an undergraduate at the University of Virginia, he majored in English and Religious Studies. “Religious themes feature prominently in my work,” he explains. “In my work, I am not only examining the role faith and spirituality may play in people’s lives but also how their understanding of the different socio-political structures built around religion enriches and complicates their lived experiences.” While completing his master’s degree at Harvard, he worked on observing, understanding, and analyzing group dynamics and how our identity is expressed or “occluded” in language. He says this has given him a better understanding as a writer and person in understanding what it means to be human. 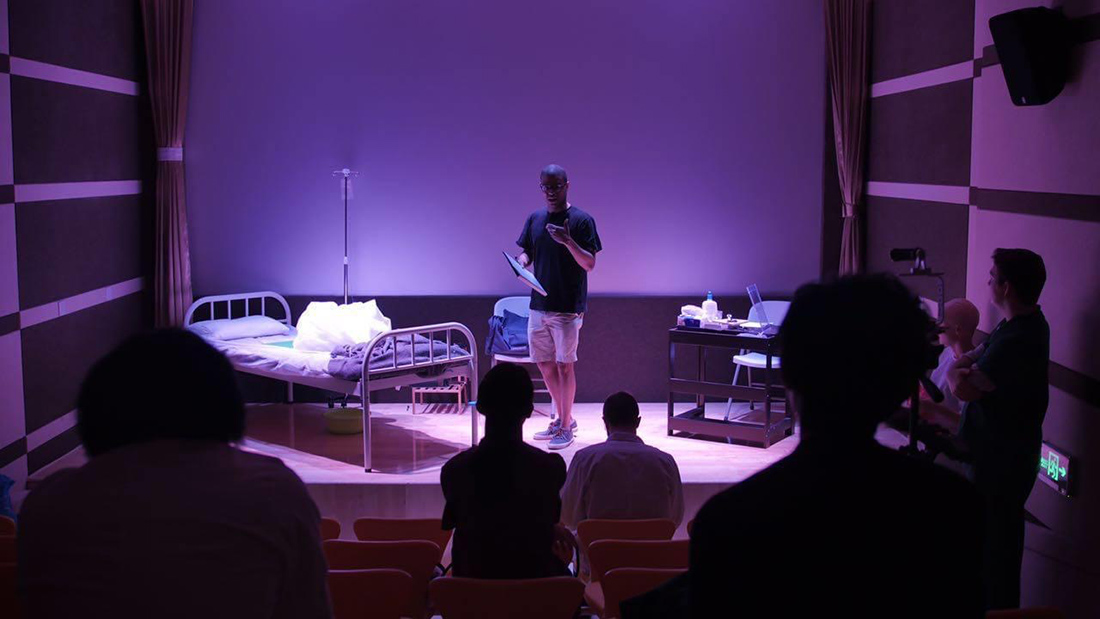 While being a highly-educated individual, Tre believes everyday life and experiences have been the best education. “This means observing people, how they move, what moves them, but keeping at the center of these observations, at all times, an abundance of compassion,” Tre says. “For compassion, in my opinion, is the writer’s greatest tool.” As Tre sees it, if a writer believes, grants, and loves their characters’ full humanity, then their audience will too. “Your audience will then be more ready to see themselves in what you create,” he suggests.

“Through my work, I examine the lives of the characters who come to me and see, as best I can, what they might reflect about the rest of us.”

His latest full-length play, pretty eyes like brown diamonds, is set in the Richmond, Virginia, of the 1980s. The play’s protagonist is a woman who will do anything to make it back onto a local TV show she was a part of as a child. “The play plumbs the bleak landscape of ambition, narcissism, and the disordering of loves,” Tre says. “There might also be a little room for grace if one is primed to see it.” 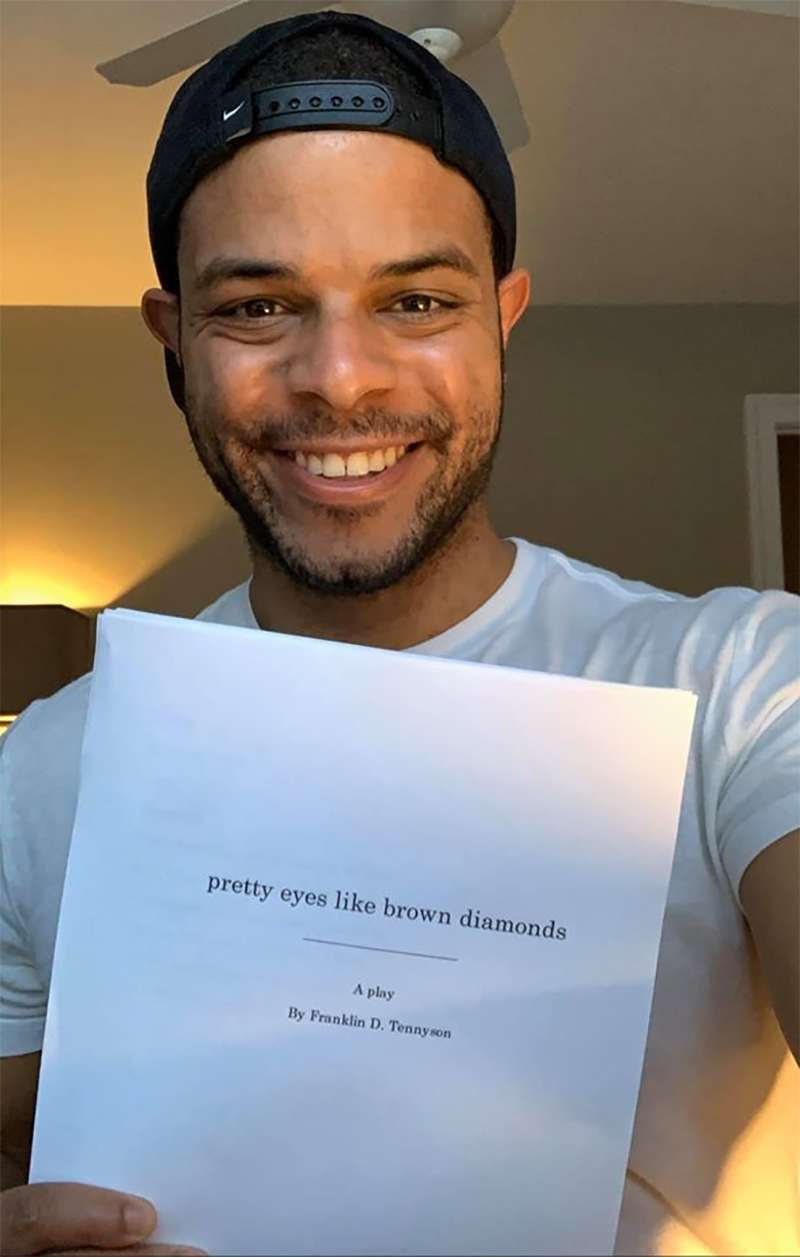 Since writing pretty eyes like brown diamonds, Tre is back to tinkering with ideas for his next project. He’s thinking either a new script or a concept album. “I’ve been kicking around a few ideas for an album, and I think quarantine has granted me ample time to actually start writing, producing, and recording,” he says. “I’ve composed songs for the stage recently, but I haven’t written and produced songs for myself since 2017.”  The medium doesn’t matter, what’s at the heart matters: “It’ll be great to get back to it and see what may have changed and what I may have to say next.”

Previous Post Jacqui Coles’ Call to the Word
Next Post Glynis Albright: Cooking With a Nod to Healthy Eating