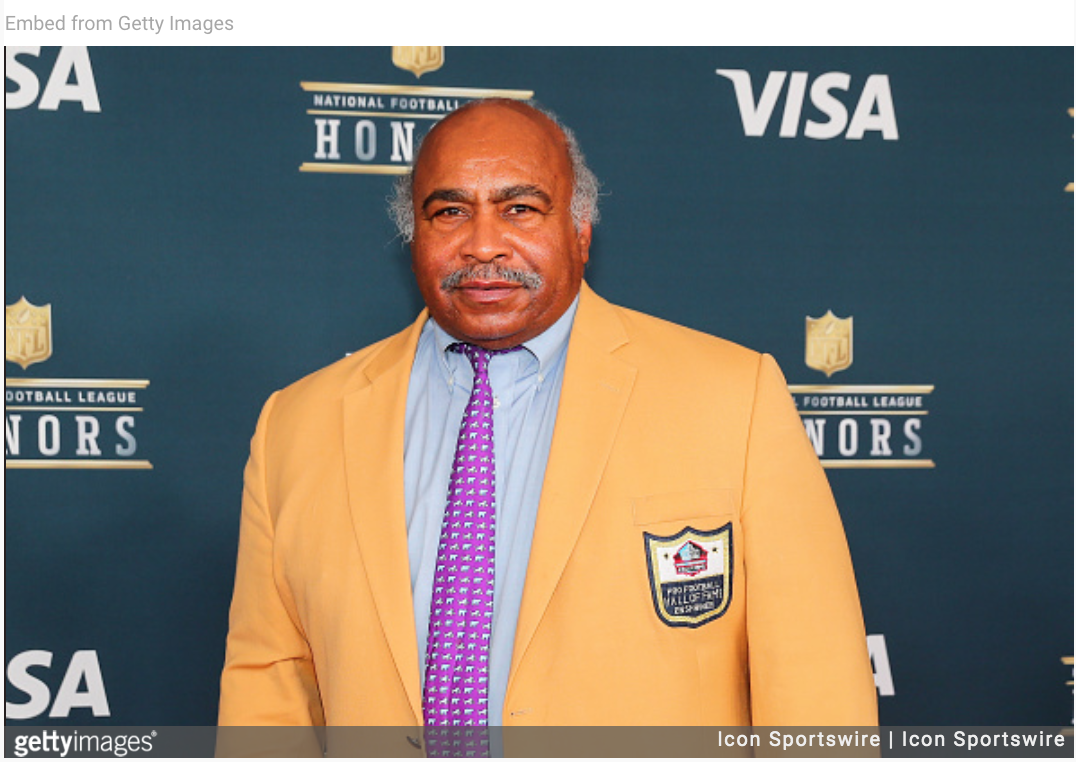 NFL Hall of Famer Willie Lanier on the Red Carpet at the 2017 NFL Honors on February 04, 2017, at the Wortham Theater Center in Houston, Texas. (Photo by Rich Graessle/Icon Sportswire via Getty Images)

Legendary middle linebacker and Kansas City Hall of Famer Willie Lanier was drafted to the NFL at a time when African American players were not given an opportunity to play the “thinking” positions on the field. These positions—middle linebacker, offensive guard, quarterback, and free safety—were only given to white players. Willie broke this glass ceiling. He was the first African American to play the position. He proved athletes were much more than their strength. On and off the field, Willie was intelligent, creative, disciplined, and a man of integrity.

Lanier is a Virginia native and graduated from Maggie Walker High School in 1963. He went on to attend and play football at Morgan State University, an HBCU. Black players were not recruited by predominantly white colleges due to prejudice and segregation. It was when Lanier was a senior at Morgan State, that he was drafted in the second round by the Kansas City Chiefs (of the AFL). He was the 50th pick. During this time period, it was not a rarity for a player to be recruited from an HBCU. Jim Lynch, who was the middle linebacker for Notre Dame (No. 48) was said to be the best man for the middle linebacker position, but Lanier quickly proved himself to be the better candidate.

Lanier played 11 NFL seasons and helped Kansas City become the champion of Super Bowl IV in 1970. This was the team’s only Super Bowl win until this year’s Super Bowl LIV, 50 years later. On the field, he was called “Contact” because of his aggressive and spectacular hits. After his football career, Lanier became a savvy businessman. He is CEO and president of the Lanier Group LLC, an investment firm.

Without reading and a respect for education, Willie Lanier would have not been the tactful and sharp middle linebacker we celebrate today. He also wouldn’t have been able to move beyond football. Lanier looks back on his Morgan State and HBCU education and is thankful for those in the institution who took priority in shaping him into a well-rounded person.

“I started delivering papers at 12 years old. Those papers peaked my curiosity about reading and today I read 5-7 newspapers each day. Reading is the essence of my being able to be an advocate for myself and others.” — Willie Lanier