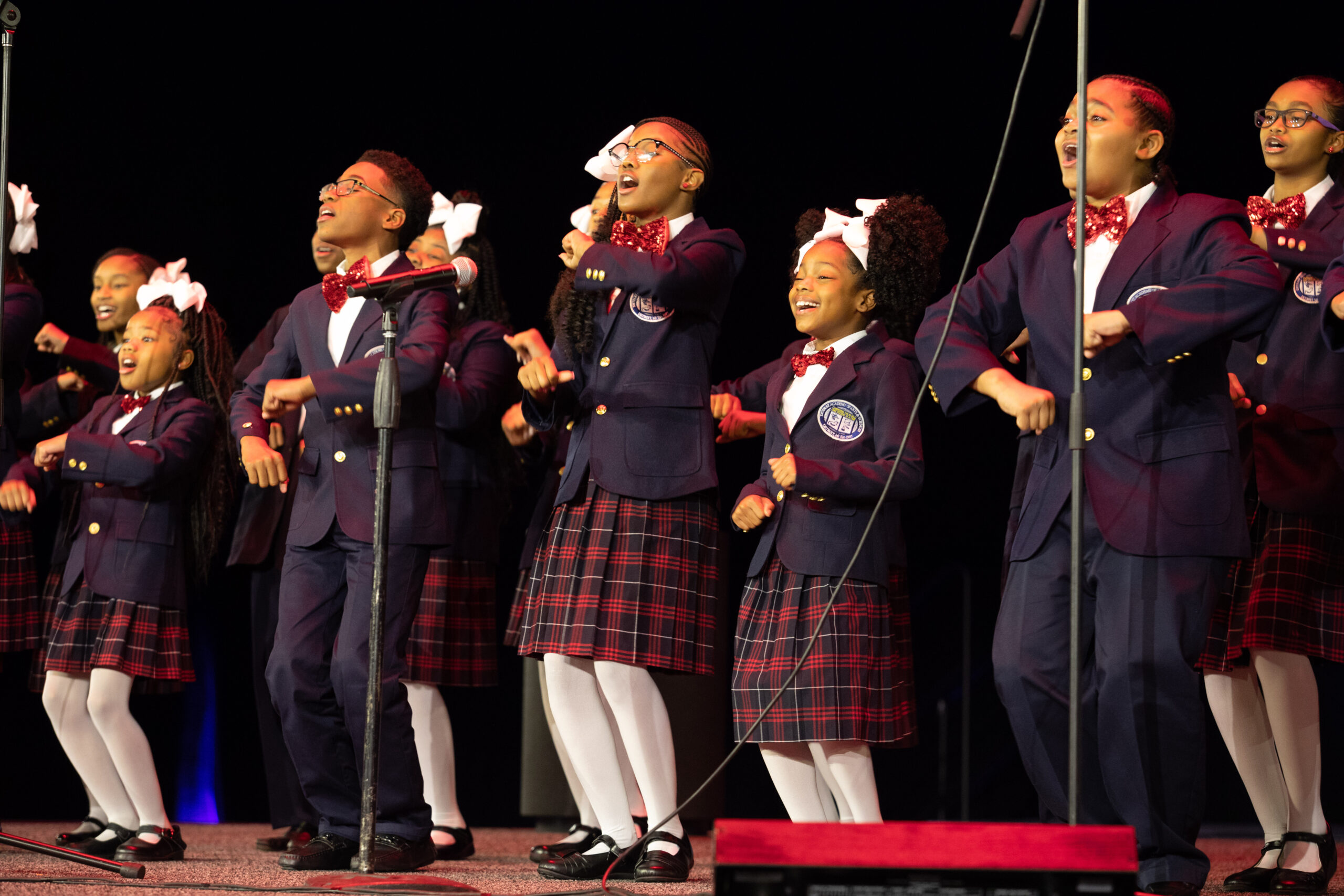 The Detroit Academy of Arts & Sciences Choir perform at PCMA Convening Leaders 2020 in San Francisco. Photos by Every Angle Photography.

“Tomorrow is promised because we intend to build it.”

It was a chance happening: a Detroit children’s choir putting their own spin on the classic Funkadelic song, “One Nation Under A Groove.” As performing artist and Detroit advocate Mike Ellison told us, Detroit is not being brought back, but instead, the city is in the midst of a continuation of the legacy that Detroit natives, musicians, creatives, and business people had already begun. “So high, you can’t get over it,” the children sing as they lift up their arms. It’s a call to action for unity and people around the country have noticed. As of this writing, the viral video has over a million views on YouTube and is continuing to climb. Not only does the video highlight the beauty of Detroit, but bridges the gaps between the old and young, races, ethnicities, and classes. It perfectly captures what we can do as a nation when we realize we are all interconnected and should work together. 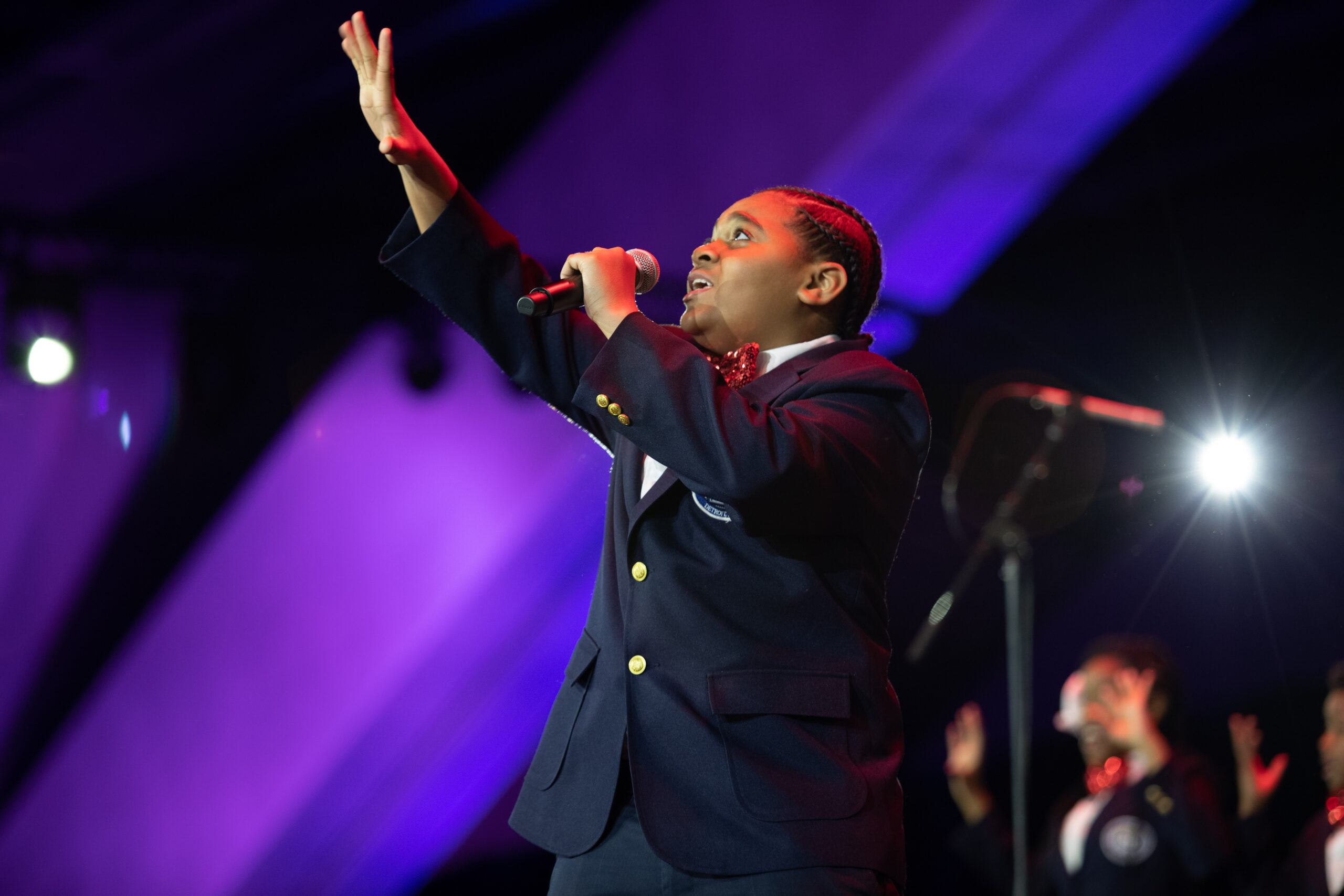 King Bethel, lead male vocalist on “One Nation Under A Groove” (Detroit’s Tribute to The Funk). Photo by Every Angle Photography.

The One Nation project all started when Bill Bowen, principal of Octane Design, was approached by Larry Alexander, the president and CEO of the Detroit Metro Convention & Visitors Bureau (DMCVB), to create their annual end-of-year holiday video. He wanted a concept that involved the Detroit Academy of Arts and Sciences Choir (DAAS). Bill agreed and started discussing ideas for the video with his collaborator and friend Mike Ellison. They both knew that they didn’t want to just make another “holiday” video. “It had to be something that brings people together. It has to talk about an optimistic, bright future. With the state of the country and how things are, we felt like people needed an uplifting message,” Bill Bowen explains. Mike Ellison knew the perfect song to pick for the children to perform: Funkadelic’s “One Nation Under A Groove.” They went back to the Bureau and presented the idea. The Bureau was enthusiastic about the vision. Bill and Mike immediately got to work. As executive producer, director, and editor of the music video, Bill started to work out concepts for the video. As the video and song’s co-producer, Mike penned the spoken word piece that the lead male vocalist, King Bethel, would rap in the video. He also enlisted LaShawn D. Gary, a Detroit native and talented jazz musician, to work as Mike’s co-producer and co-arranger as well as playing the keys and key bass. What they ended up with was something that they will cherish for the rest of their lives. “Our initial approach was not to try to remake a classic. Our production ended up having its own character and evolved into something special,” LaShawn says.

“I believe the song and video will cast a very positive light on the direction Detroit is moving in,” King Bethel says.

Detroit-based musicians and creatives were more than willing to get involved. Choreographer Dr. Ras Mikey C became the director of choreography. Chi-Amen-Ra and Efe Bes played percussion. Amp Fiddler (who mentored the late great J. Dilla and was a member of the Parliament-Funkadelics) brought some added texture with his synthesizer. Duminie DePorres (who also played alongside George Clinton) played guitar, and Eric “Rain Man” Gaston worked out a nice continuous groove on the drums. The biggest moment for everyone was when Ann Delisi, a host at the public radio Detroit station WDET, got in contact with Larry Fratangelo and he came into the studio to add some extra percussion to the track. Larry Fratangelo toured with the Funkadelics and performed percussion work on their original track. “Having actual members of the Parliament-Funkadelics to participate in the project gave even more credibility to what we were doing,” LaShawn says. 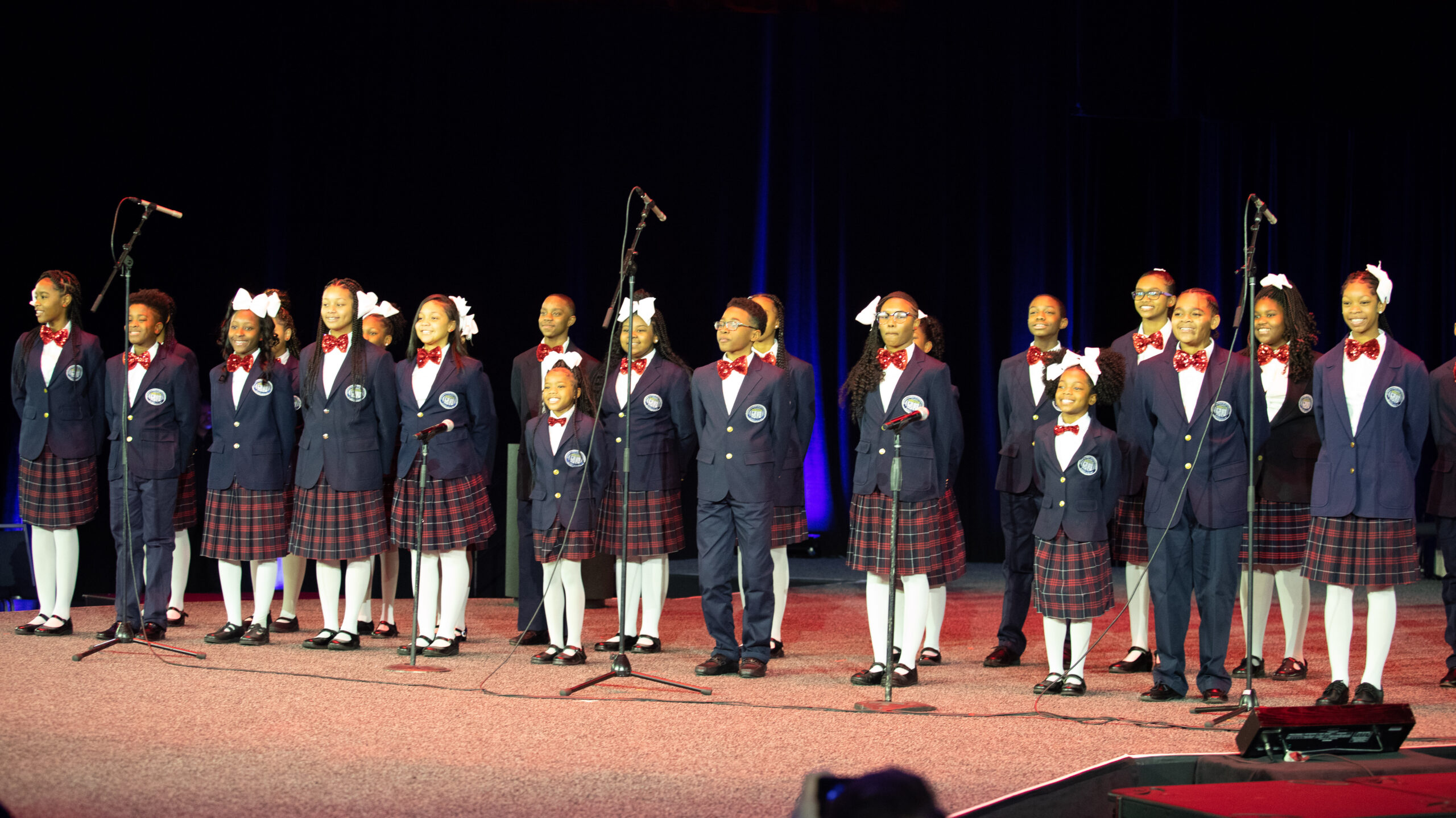 The Detroit Academy of Arts & Sciences Choir perform at PCMA Convening Leaders 2020 in San Francisco. Photos by Every Angle Photography.

Mike Ellison acknowledges the vital role music publishing company Bridgeport Music played in “One Nation Under A Groove” being an essential part of the project. “Music industry veteran, Scott Guy, played a key role in working with Bridgeport Music to obtain permission to cover the song,” Mike explains. “Bridgeport was incredibly responsive and supportive of the project. As a matter of record, without Scott and Bridgeport the entire project would not have gotten off the ground.”

“I want the video to have an impact so great that we encourage the world to keep going, keep striving, and keep moving in a positive direction,” Anaiya says.

Angela Kee, the choir director of DAAS has been working with students in the Detroit area for 19 years. Kee is more than just a teacher, she is a mentor and role model for the students. “This particular group of kids is very talented and very special, but part of the reason they are so talented and special is because of Ms. Kee’s guidance and tutelage,” Mike Ellison says of Angela’s positive influence on her students. Angela says that some of her students have gone through hardships and she has to be strong for her students when they come to her for guidance. Just before shooting the video, one student had lost their stepfather to gun violence, another student had a gun pulled on their mother, and another student was going through a custody battle. “They are some of the most resilient people on Earth. You would never know all that they are going through. They are in the video smiling, dancing, singing and having fun. This is their outlet,” Angela explains. “As the days unfold, we make broken streets whole,” the children sing. 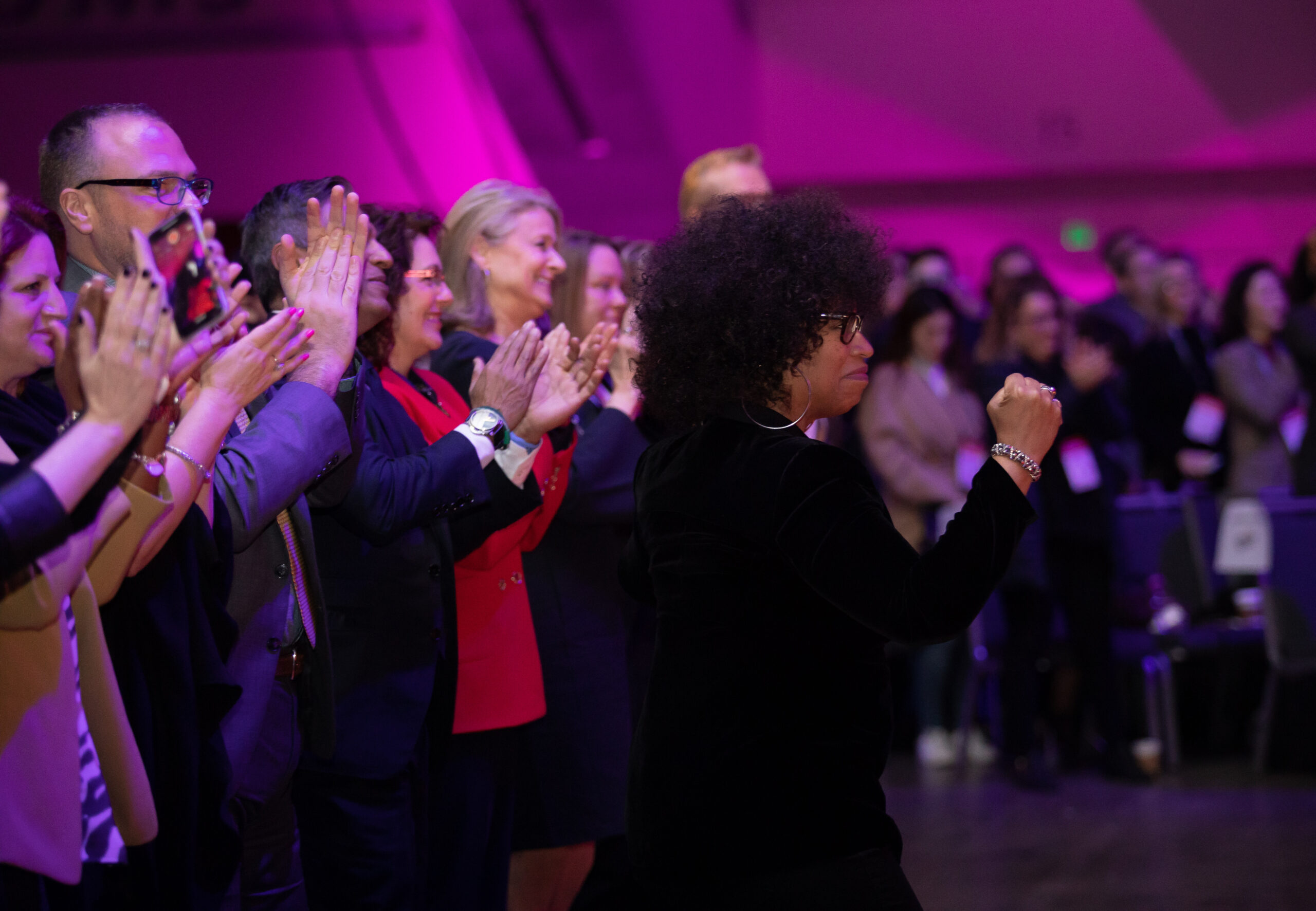 Bill Bowen and his crew captured the feel and energy of Detroit as well as its importance to our nation’s history and culture with his cinematography. One of the more powerful shots in the music video is when the choir students are in Henry Ford Museum of American Innovation, singing and clapping on the very bus that Rosa Parks was arrested in for refusing to give up her seat. Lead female vocalist Anaiya Hall is sitting in the very seat in which Rosa Parks sat. As the kids sing about unity and a better, brighter future, the world gets to see the beauty, richness, and diversity of Detroit. According to the U.S. Census, there are over 126 languages spoken in the Detroit Metro area. “[Bill] noted that Detroit is still 80% percent African-American. You have an all-black kids choir. And you have a song made by an all-black band who broke barriers in the 70s and did things completely against the grain. Bill honored that,” Mike explains. “He showed Detroit for what it is. And you see the inclusiveness in Detroit, of all our shades, all our cultures, all our languages, and it’s not an either-or thing. It is an and.”

Lead male vocalist King Bethel looks at the historical context of the original song and its timely message. “The song was meant to bring everyone together in a time where the country was healing (the ending of the Vietnam War, the civil rights movement, etc.). To be a part of its remaking during the time my city is making a fantastic comeback is very special to me,” he says. As far as the song’s impact on my city, I believe the song and video will cast a very positive light on the direction Detroit is moving in.” 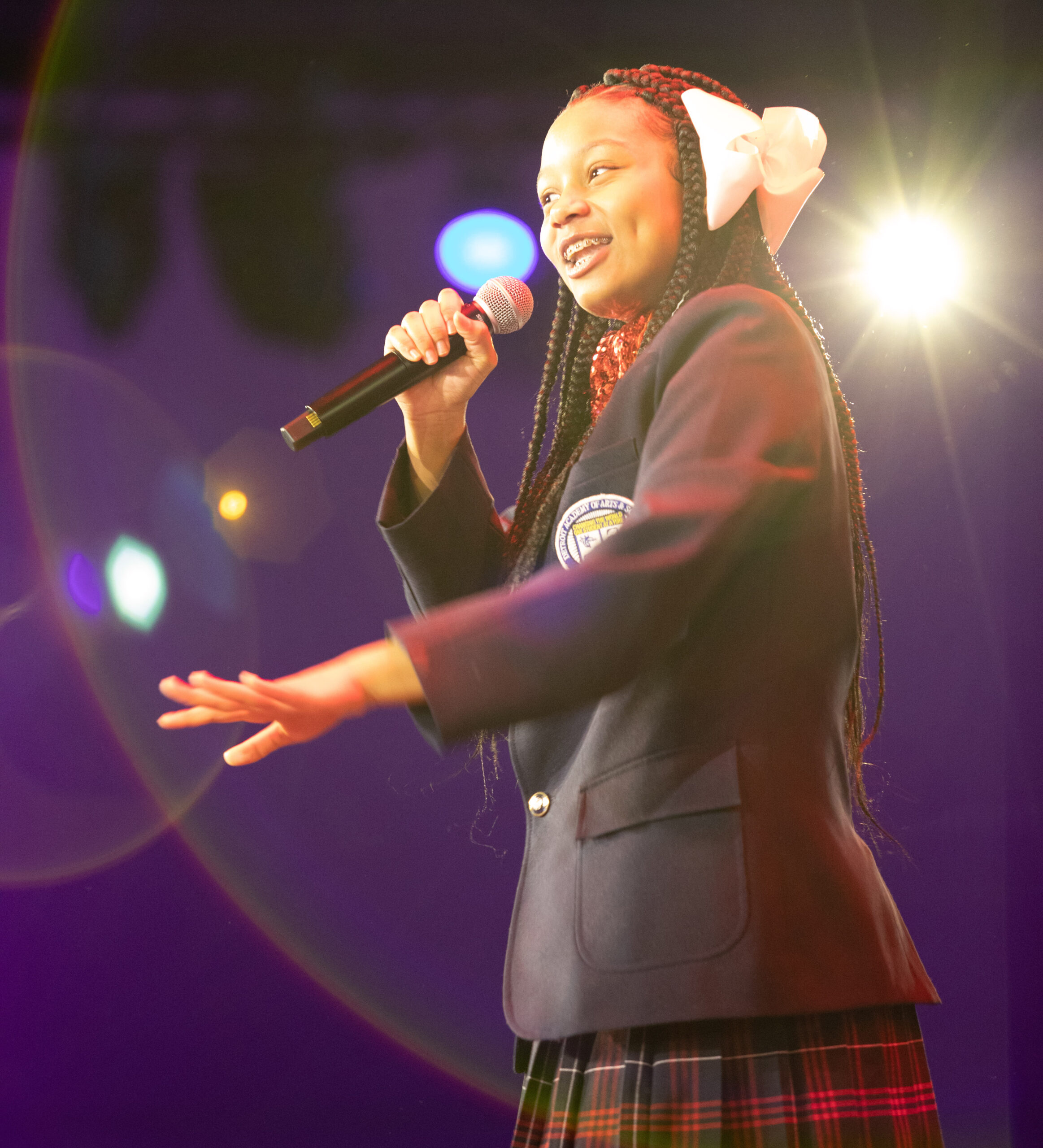 When asked what she hopes the impact of the video will have on her city, Anaiya Hall hopes the video will put Detroit in a more positive light and inspire the world to be a much kinder and welcoming place. “The poverty and violence in the city show people the negative side of things, but the video shows otherwise. It allows people to see we are still talented, powerful, and that we can succeed as ONE NATION,” Anaiya says. “This video means a lot to me and I’m happy to be a part of such a great cause. I want the video to have an impact so great that we encourage the world to keep going, keep striving, and keep moving in a positive direction.”

“Tomorrow is promised because we intend to build it,” King Bethel raps. A new generation is willing to work towards a better future for us all. Change is imminent.