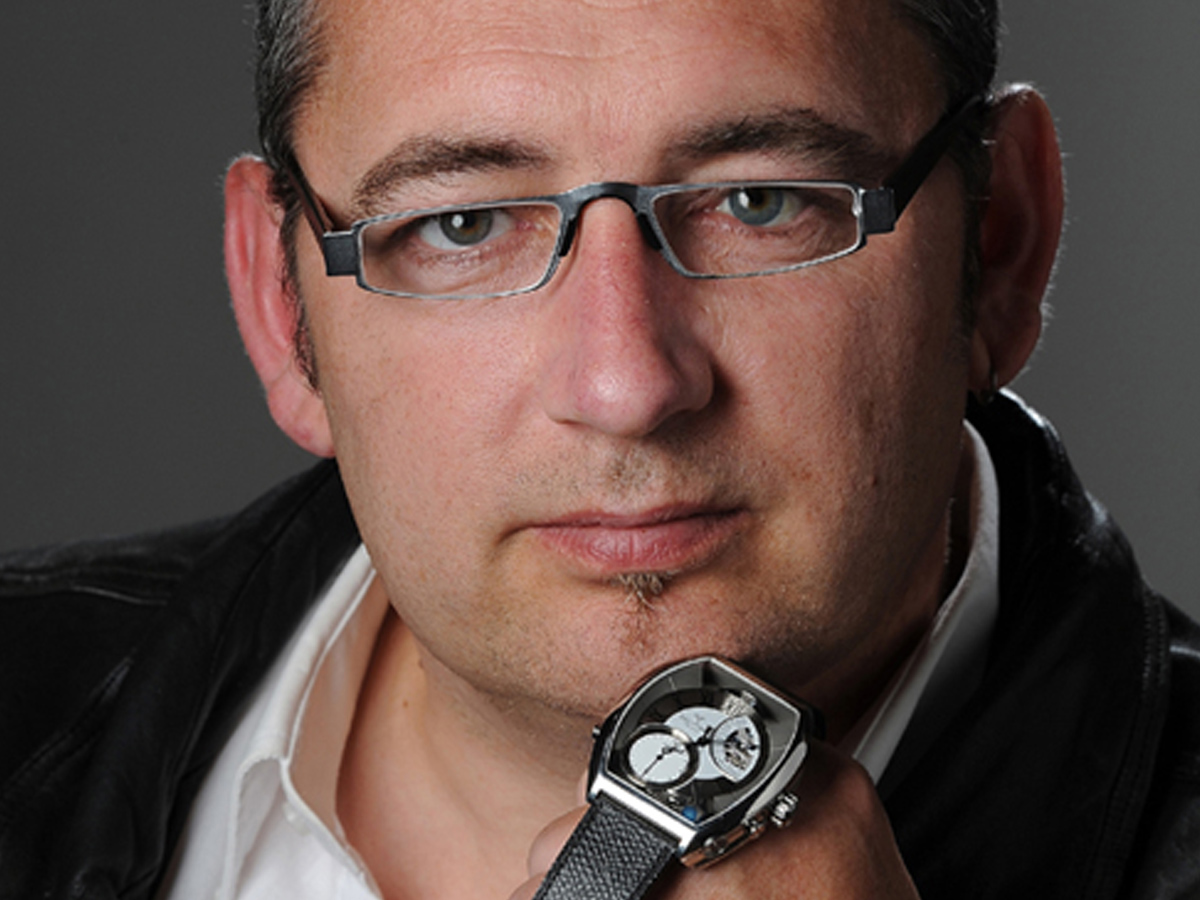 “Push the limits of innovation.”

Swiss watchmaker Vincent Plomb trained as a micro-mechanical designer before he developed a strong interest in watchmaking. In the 2000s, he launched his own watchmaking company Vicenterra after years of working for other watchmaking outfits. But due to the 2008 financial crisis, his dreams of designing meticulously detailed planetary watches were put on hold. Vincent continued working and in 2009, he completed the GMT-3 model. He found success a year later when he had enough preorders to create a production run. Over a decade later, Vincent is a team of one who has created a brand that watch collectors appreciate and love. He spends his time designing, finding partners and manufacturers and making sure his customers are happy with his products. He has his hands full. “My job— is really several jobs. I have to be an engineer, designer, controller, planner, marketer, and salesman,” he says. 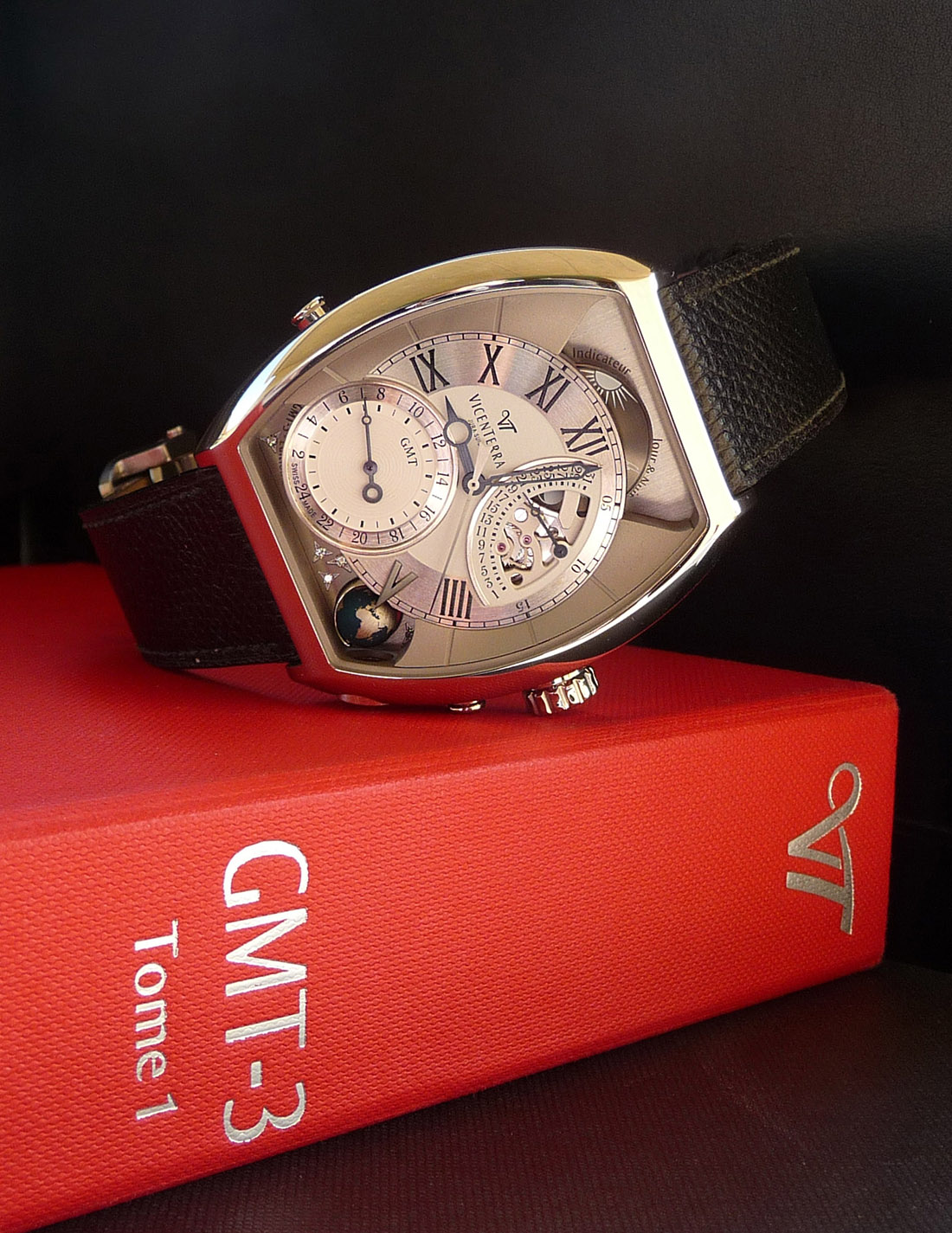 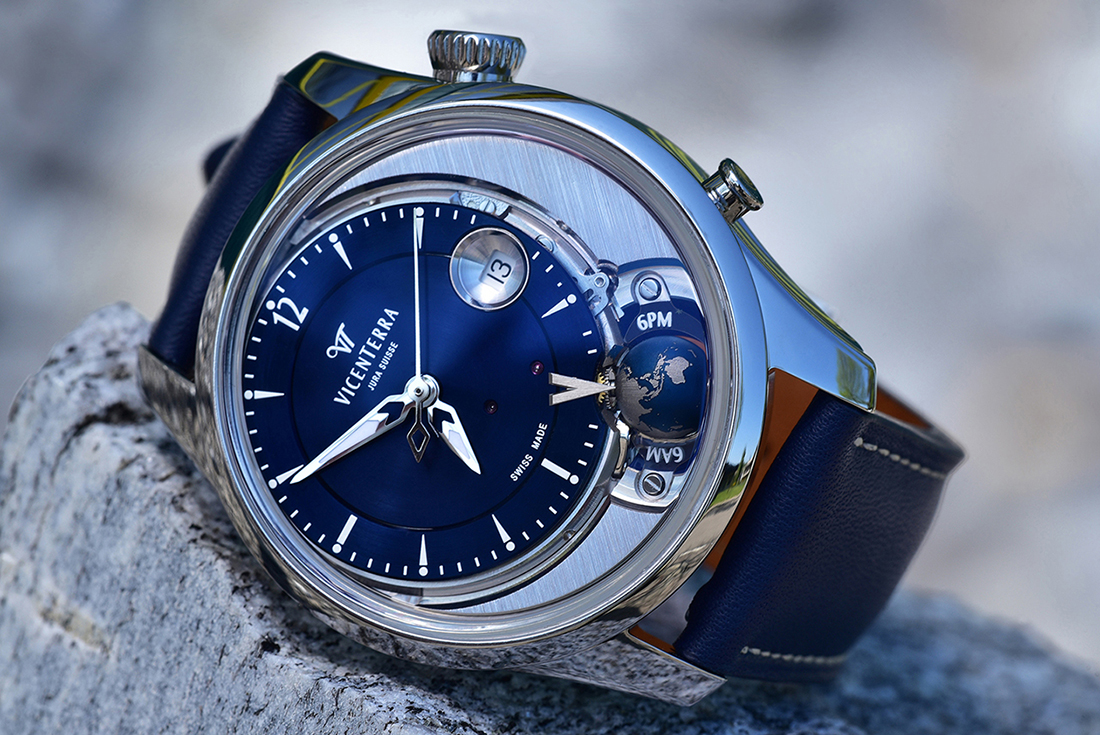 Vincent is currently working on the aesthetics of a new Tycho Brahe model. He says it will be a sportier version than the successful limited edition models currently available. “It is a little more stocky and the width of the lugs have been increased,” he explains. “It is also equipped with a push-button protector.” Additionally, he is working on a project named One Carat. “This project replaces the mini-globe feature on some of our watches with a one-carat jewel, stone decorations in the crescents and guilloche in the central part of the dial.” He says the hardest aspect of configuring this piece is making the one-carat jewel fit. His latest project, the AstroLUNA collection, is now available for pre-order. This watch displays both a mini-globe and a moon phase in 3D. 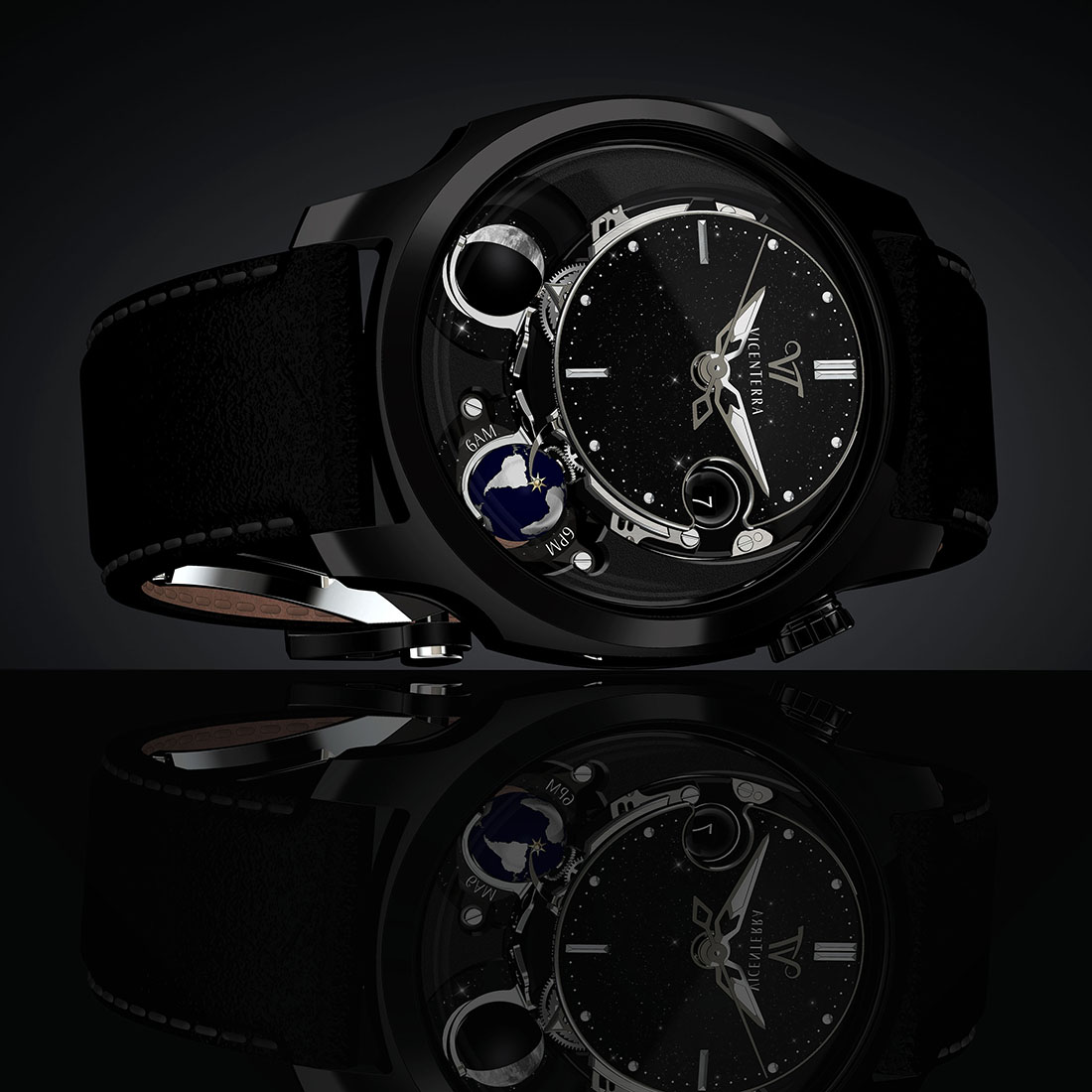 One of Vincent’s ideas that he has been working on for the last few years is an astronomical complication linked to the sun. “I would like to have the time to push this feature even further so that it corresponds even more to reality,” he says. “For now, the ideas have to be modeled. One thing at a time.” We are clear that this brilliant watchmaker is here to stay.