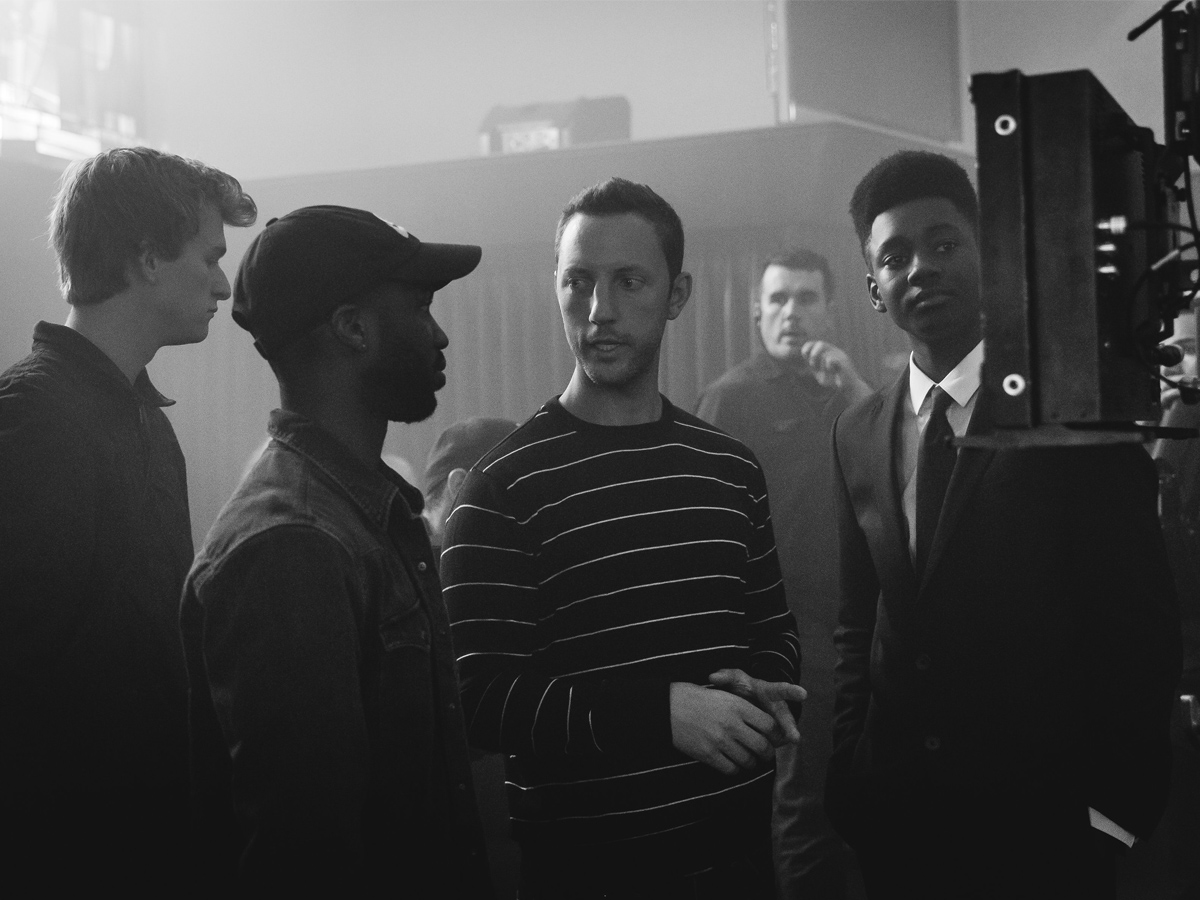 Robert Nyerges on the set of the “Pops” music video for the R&B group THEY.
Photo by Shanley Kellis.

“Give your audience a renewed appreciation for sunny days.”

Filmmaker Robert Nyerges has roots in the South. For many this comes with southern hospitality and a love for boiled peanuts and biscuits. He got his start in Richmond, Virginia, when he worked as a production assistant on the set of Steven Spielberg’s Lincoln in 2011. He currently lives and works in Los Angeles, California.

His art takes from his life. “Having been raised by a family of artists, I was always encouraged to express myself artistically.  Sharing my passion for the world through filmmaking has always been second nature to me,” he says. When Robert was 18 years old, he lost his mother to pulmonary hypertension. In 2017, Robert created a Gatorade spec ad Mother’s Day, an emotional tribute to his mother. In 2018, he directed the music video “Pops” by the R&B group THEY. It is a song dedicated to fathers. The music video takes place at a funeral. In his work, Robert explores the theme of loss and what it means to find the world-changing in the midst of turmoil and hardship. “Though some of my films are thematically dark in nature, I truly believe that if you can make an audience endure the visceral experience of a rainy day, they’ll walk away with a renewed appreciation for sunny days,” he says. “I love creating films about cars and sports, but I’d be denying the truth if I didn’t say that telling deeply human and emotionally affecting stories is where my heart lies.”

Robert has kept himself busy with commercial work for the past few years. He has worked on projects for American Airlines and Ford’s debut of their new all-electric F-150 Lightning. “Right now, I’m working on a few top secret spots as well as some non-scripted projects,” he says. These projects include a mini-doc series that gives voice to survivors of gun violence. “The documentary will shed a bright light on some of the progressive changes needed to reform the epidemic of gun violence in our country,” he says.

Robert’s first feature film is also in development. “I’m excited and eager to further hone my craft as a filmmaker in the long-form narrative film world. I can’t speak much about the project, but it certainly follows some of the themes I know well — like losing a loved one—while also exploring some of the more exciting thrills that are offered in the automotive world.”