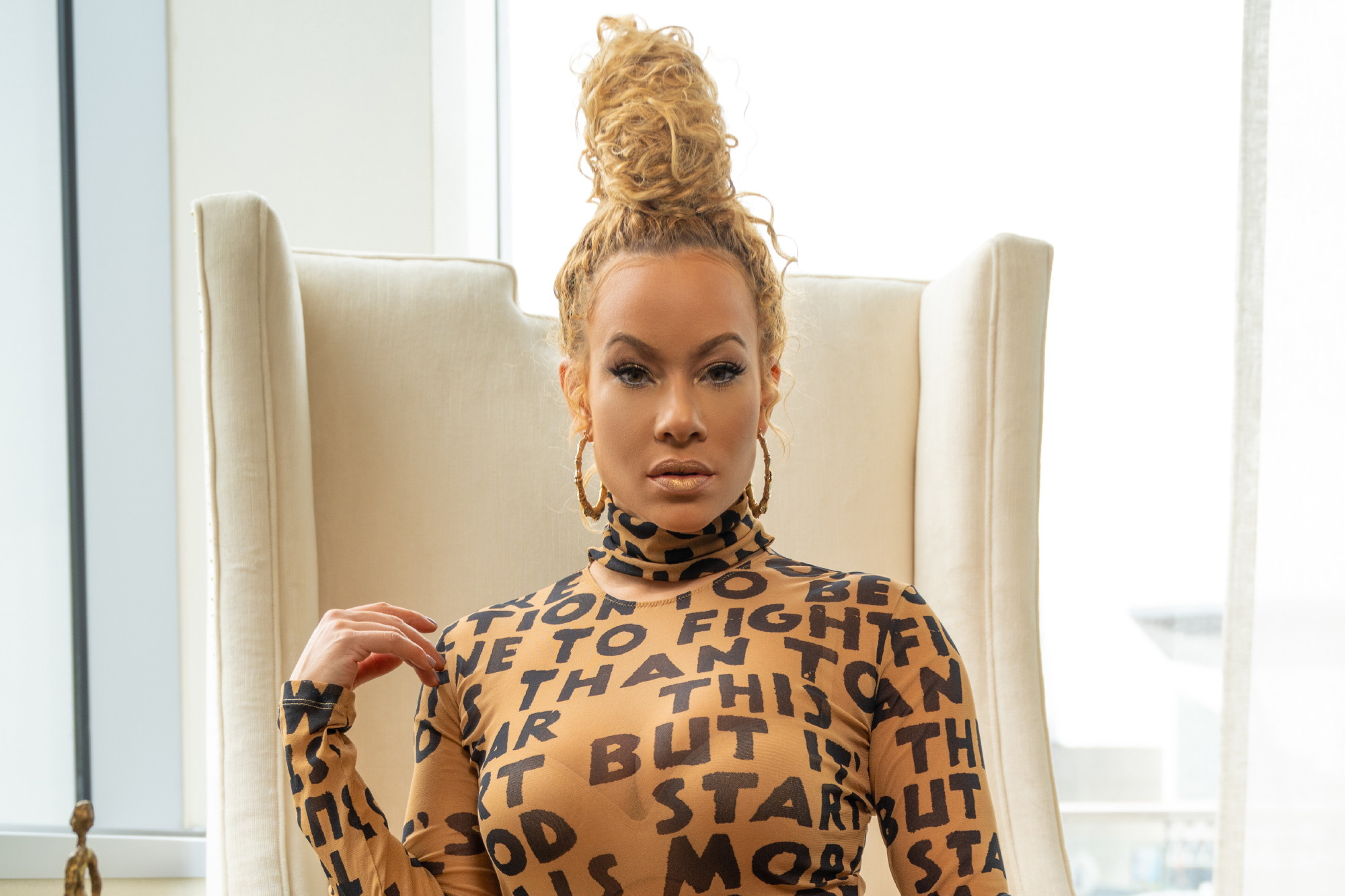 “Be comfortable in your own skin.”

Brave Williams is just getting started. She’s a singer, spoken word artist and now an actress. Most importantly, she’s a good soul. She’s young, vibrant, and a bright smile in a room too often full of frowns. She’s somewhat of a homebody, satisfied with sitting at home, lighting some candles and getting lost in a good book. But she is also a planner in moments of solitude. She writes down her plans and how she will carry them out. Audiences will see her play Shelby Quinn in the indie film, Love Dot Com, this summer. The movie has mass appeal, mostly because of Brave’s natural talent on screen. A few years ago, she was on R&B Divas: Los Angeles, but she was destined to do much more than reality television. Brave’s body of work and her work ethic will inspire generations.

She grew up in Baltimore, Maryland. Because of her mixed-race heritage (Czech and black), the kids at school would bully her. “My sister and I experienced a lot of bullying and situations that tested our courage. At the time it hurt, however, it later taught us strength and helped us to develop an enduring mind frame. I wouldn’t have changed it for the world,” she says. The name “Brave” did not come from this moment, but instead in another display of strength. When she was 13, she spoke at an open mic in Baltimore. She was speaking a truth way beyond her years. The audience called her “Brave” for saying what everyone else was too afraid to say out loud.

“My sister and I experienced a lot of bullying and situations that tested our courage.”

Spoken word was where Brave felt most comfortable artistically. She could speak her truth and people would listen. She would write and rap. She didn’t find out until much later that she had the gift to sing. She would listen to an eclectic group of artists for inspiration. “It was a lot of Tupac, Maya Angelou, and Jill Scott. When Jill Scott came out, that changed my interest in music and made me want to turn my poetry into songs. When I first started in music, I was a rapper. I was constantly rapping and doing poetry. It wasn’t until I turned one of my raps into a song, I discovered that I could sing,” she says. She still considers herself to be a poet and is in the early stages of writing a book. Like anything, she wants to take her time to make it right. Publicists want to write it for her, but she believes writing it herself will give her more time to make it perfect.

“The entertainment business is multiple marathons. In order to get across your first finish line (whatever that is) working hard, focus, and prayer are the needed tools…”

In the late 2000s, Brave created the R&B vocal girl group, RichGirl. While the group was short-lived, Brave received the blessing to go solo. She started her own label and ended up securing a distribution deal with Empire Records along the way. “It was important for me to have my own label because as an artist, it gave me the power and control to create my destiny,” Brave says. The digital revolution has changed the relationship between record labels and artists significantly. Brave not only has artistic freedom, but the ability to gain more widespread visibility of her music in the digital space via her distribution deal. Brave has learned to be patient with her career. She believes what is for her will be for her. “Nothing in life is a sprint. The entertainment business is multiple marathons. In order to get across your first finish line (whatever that is) working hard, focus, and prayer are the needed tools. Your mind is your greatest enemy and asset,” she says.

“Everything that is meant for you will attract to you as long as you do your part.”

Acting is a fairly new category for Brave. The biggest challenge has been letting herself go to be in the present. “Acting challenges me as an artist because it forces me to be authentic as my character. I have to turn off my mind and ask, what would the character do? Being an artist can be tough as we often overanalyze, overthink, and simply try to control our immediate situation. Acting releases that,” she says. While playing Shelby Quinn in Love Dot Com, Brave found similarities between herself and her character. “I related to her stubbornness. It was hard for her to not get out of her own way and appreciate what was in front of her,” she says. “That used to be a trait I exuded often growing up. Being a Taurus, I have to work on not being stuck in a particular mindset, as life is forever evolving and you have to be willing to keep an open mind.” 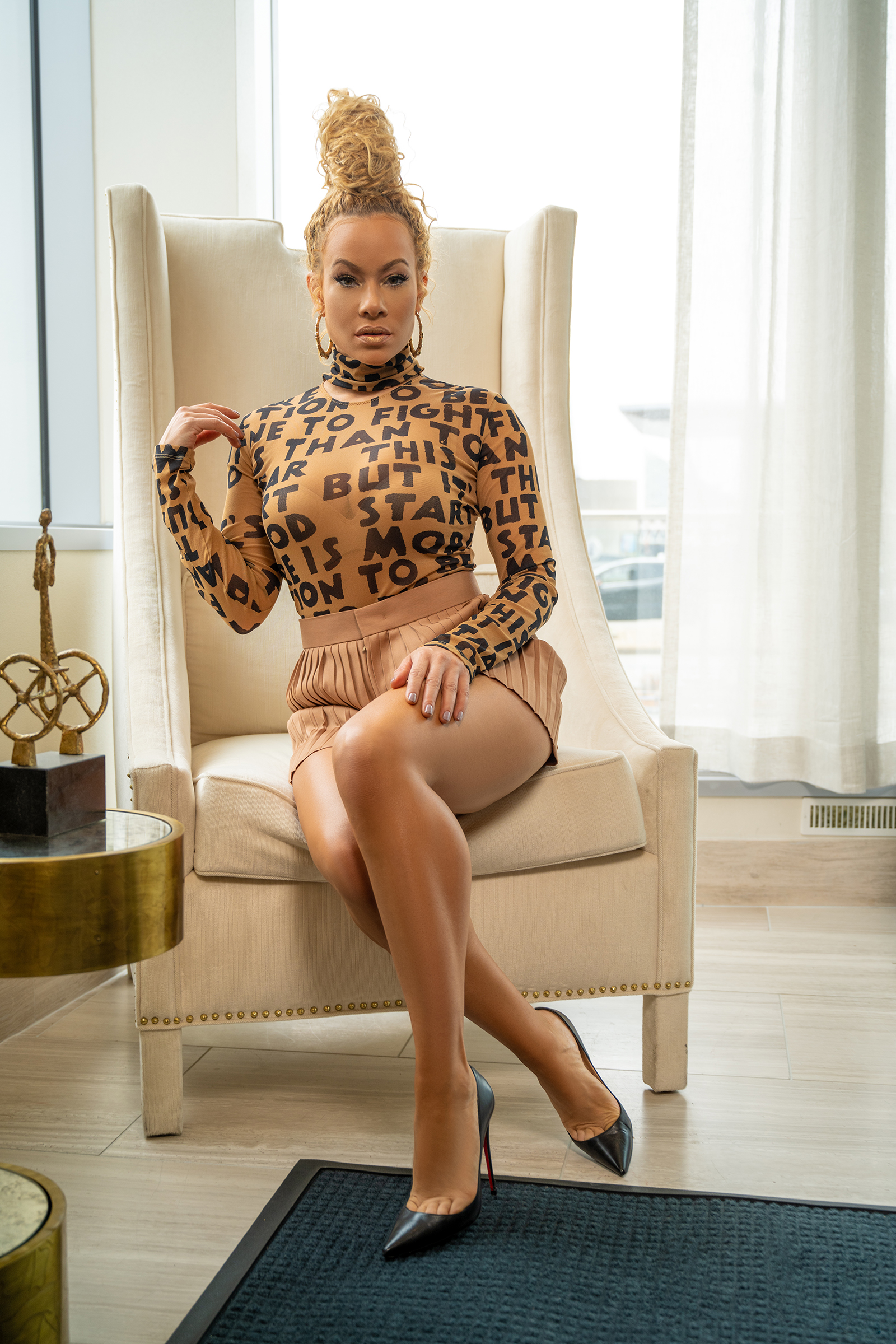 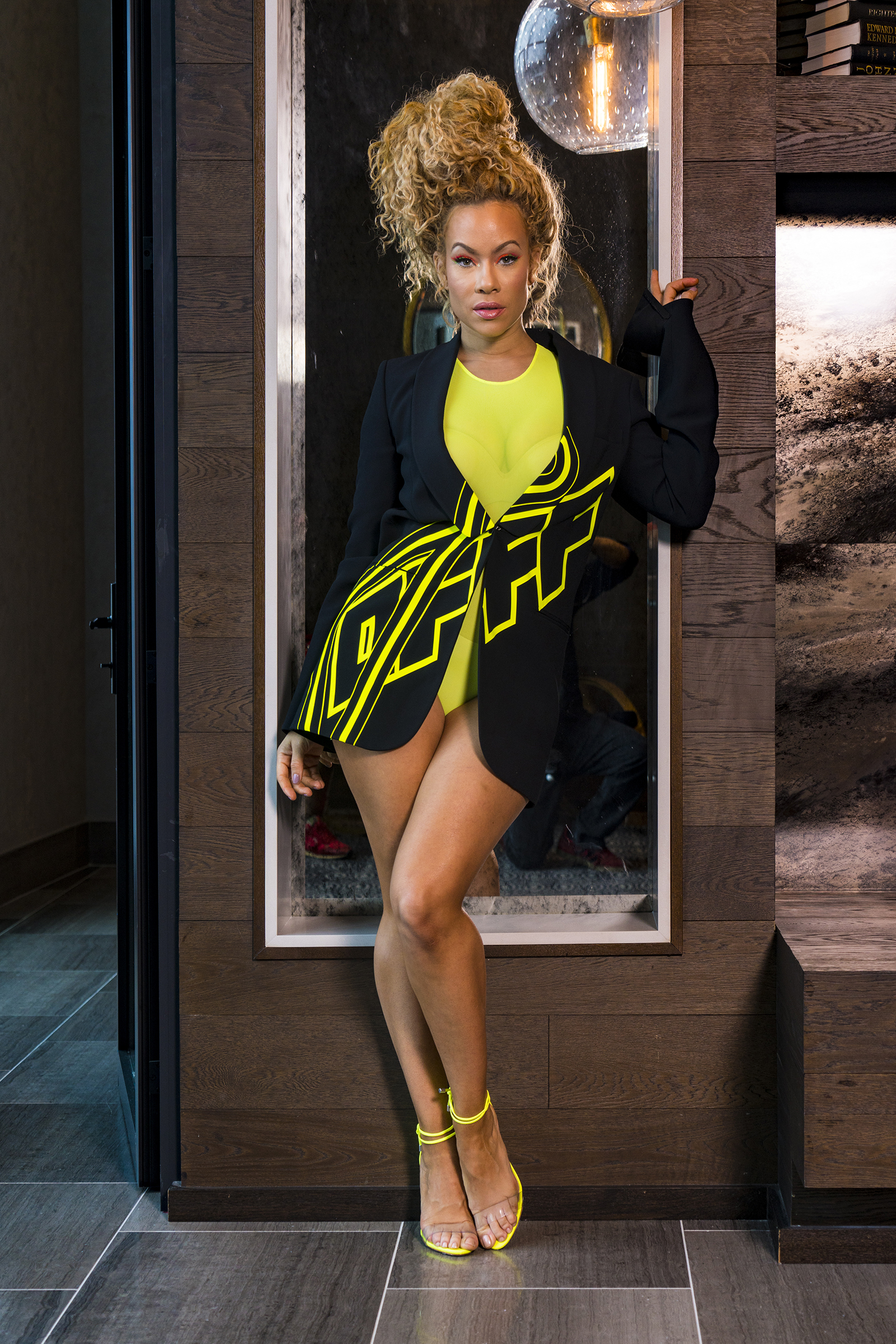 Early on, it is important for young artists to carve out their own paths. Brave struggled with her confidence early in her career. “Your journey is sincerely your journey. You have to make sure you don’t get distracted by someone else or things you see or from the images you click on. You have to make sure you aren’t chasing an idea of what you think you should look like, sound like, or act like. You need to hone in on who you are and simply give that because everything that is meant for you will attract to you as long as you do your part,” Brave says. “I wish someone had told me that. As an artist, we’re like sponges. You build on the idea in your mind that, ‘When I meet this person, I’m sure they are expecting me to look and act like this or the song needs to be this as opposed to what I really want to sing in my heart.’ So, I got to a point where I was able to find my own voice and confidence in who I am. I put my foot down and said, ‘You don’t have to be someone you’re not.’”

In the age of social media, it can be hard for young artists to find their footing and become their authentic selves. There is the constant lure of following the pack to stay relevant. “In 2019, I feel like it is much harder for you to be an individual. Girls want to look like the Instagram models they see and want to start doing those type of things to gain attention,” Brave explains. “It’s not even who they are—they are just doing it because the next girl is doing it. I would simply say: find out who you are, be confident and show the world that person.”

“I used to be all about my work, and I still am, but I am now open to the idea of finding that special person.”

Brave is busy finishing up her debut album, Brave Williams, and filming the film, Available Wife, which made us ask if she was dating anyone. “I have opened myself up to the idea. I used to be all about my work, and I still am, but I am now open to the idea of finding that special person. The energy you put out into the universe will come back to you. There was a long period of time where I wasn’t putting that energy out. It simply wasn’t important to me. But now I have graduated to another level. If “Prince Charming” happens to hit my shopping cart in Whole Foods, I’ll take it.” As cliché as it may sound, being yourself is never a bad thing. Your life becomes more joyful in the process of finding the authentic you.