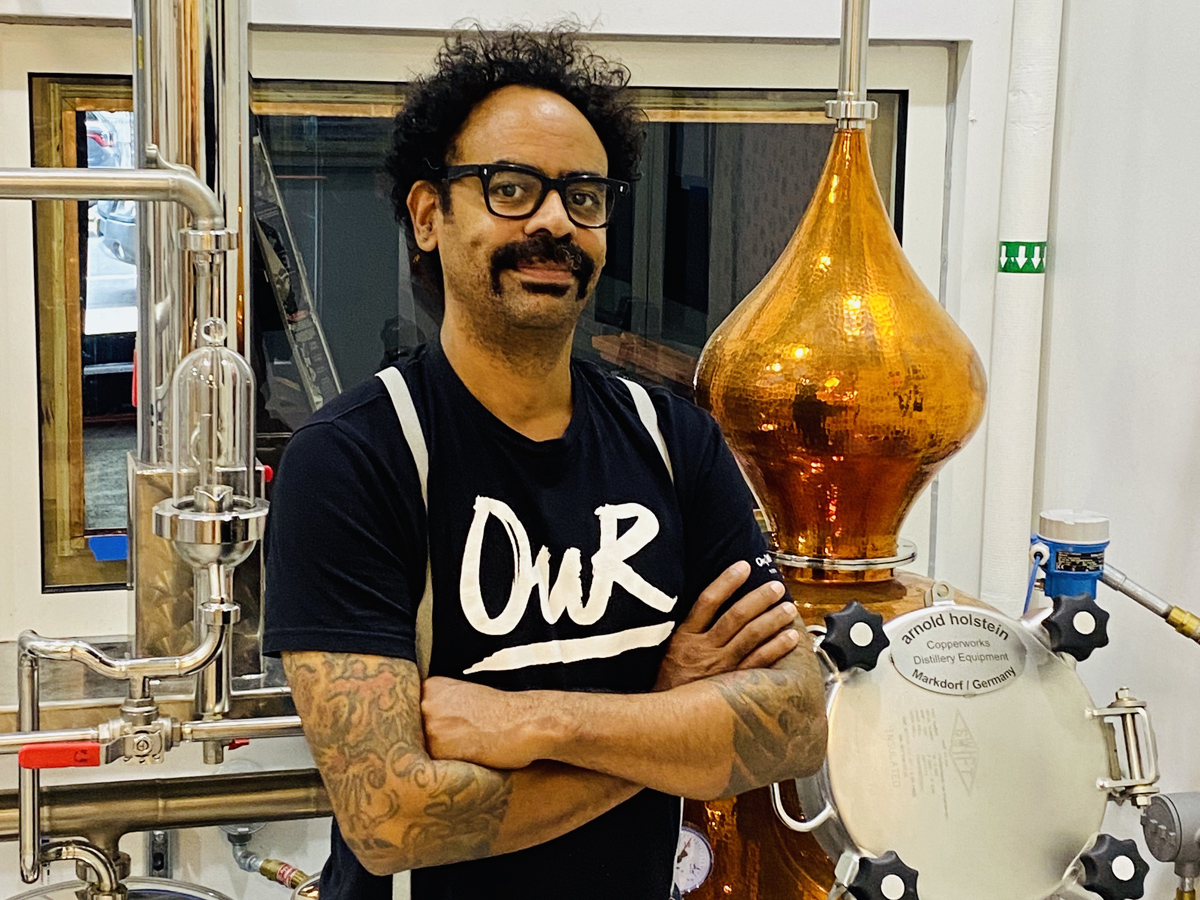 “The essence of the New York City experience is ‘uniqueness’.”

Creative Dave Ortiz was asked to run Our/New York, which opened in 2018, by a scout who was familiar with Dave’s work. He was then pitched the idea for Our/New York by the co-founder and CEO Åsa Caap of Our/Vodka. He was sold on the idea. Our/Vodka is a network of micro-distilleries that are run by local entrepreneurs. Local entrepreneurs are an integral part of the process in how the vodka is produced, marketed, and sold. Each distillery sources their ingredients as locally as possible. The company also has a distillery in Los Angeles. Our/New York, located in the Chelsea neighborhood, is the first distillery in Manhattan since Prohibition. 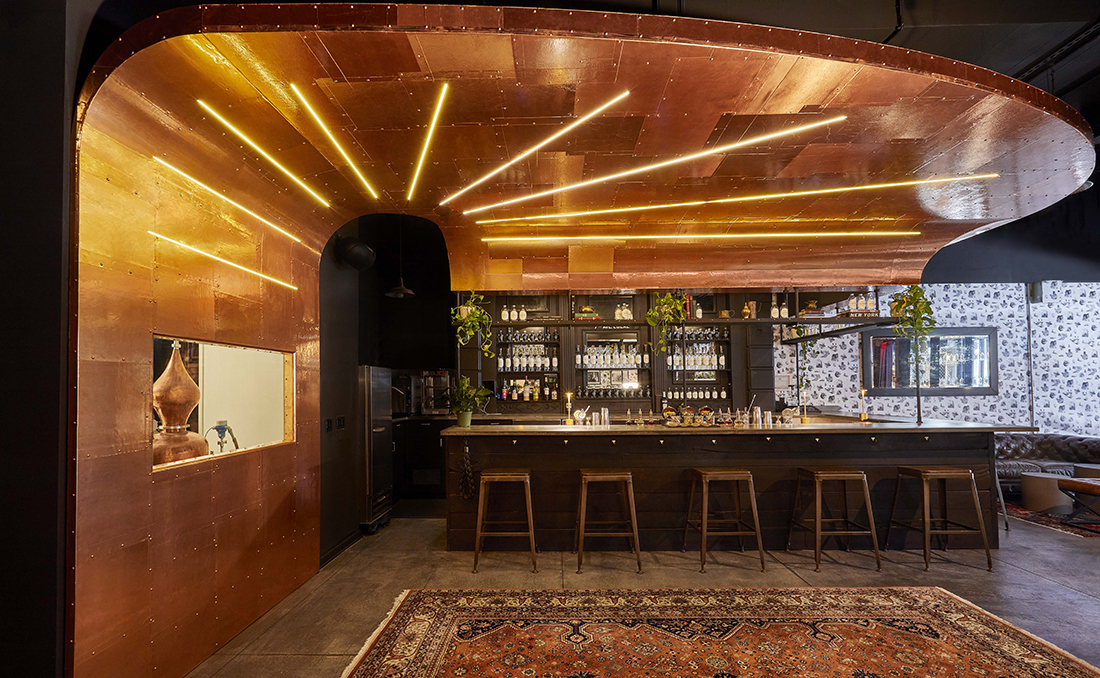 Dave Ortiz was born and raised in East New York, Brooklyn, during the 1970s and 80s. “I moved to the city around 1989 and have lived all over NYC,” he says. “I’m an artist by craft: a painter, silk screener, and part-time baker.” Dave also is recognized as an influential figure in the skate and streetwear culture of New York City. He was the first employee of the influential skate brand Zoo York. Dave was the co-founder of sneaker boutiques Dave’s Wear House and Dave’s Quality Meat. He’s worked on collaborations with Nike, Vans, Converse, New Balance, Adidas, and more. Dave has so much cultural cache that it is a no-brainer that he was picked to run Our/New York. Dave was given creative control over the look and feel of Our/New York’s tasting room. 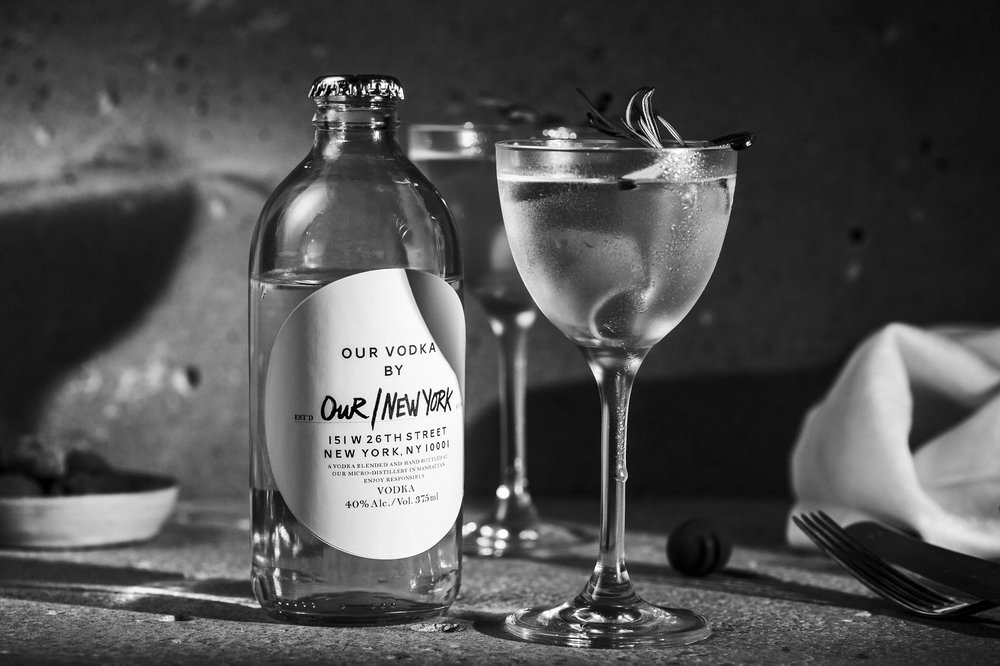 Local entrepreneurs are an integral part of the process in how the vodka is produced, marketed, and sold. Each distillery sources their ingredients as locally as possible. Photo courtesy of Our/New York.

Our/New York is brainstorming ideas on how to expand the function of the space for their patrons. “I am curating new and exciting events, making new cocktails and food menu decisions, while finding uncommon ways to partner up with other New York City folks,” Kaddy Feast, Our/New York Bar’s general manager, says. “The essence of the New York City experience is ‘uniqueness’.” This includes bartending classes, mocktail meet-ups, and creating a space for local artists. “Figuring out how to sell New York has boundless directions and will forever be growing and changing, just like this Big Apple I call home,” Kaddy says. 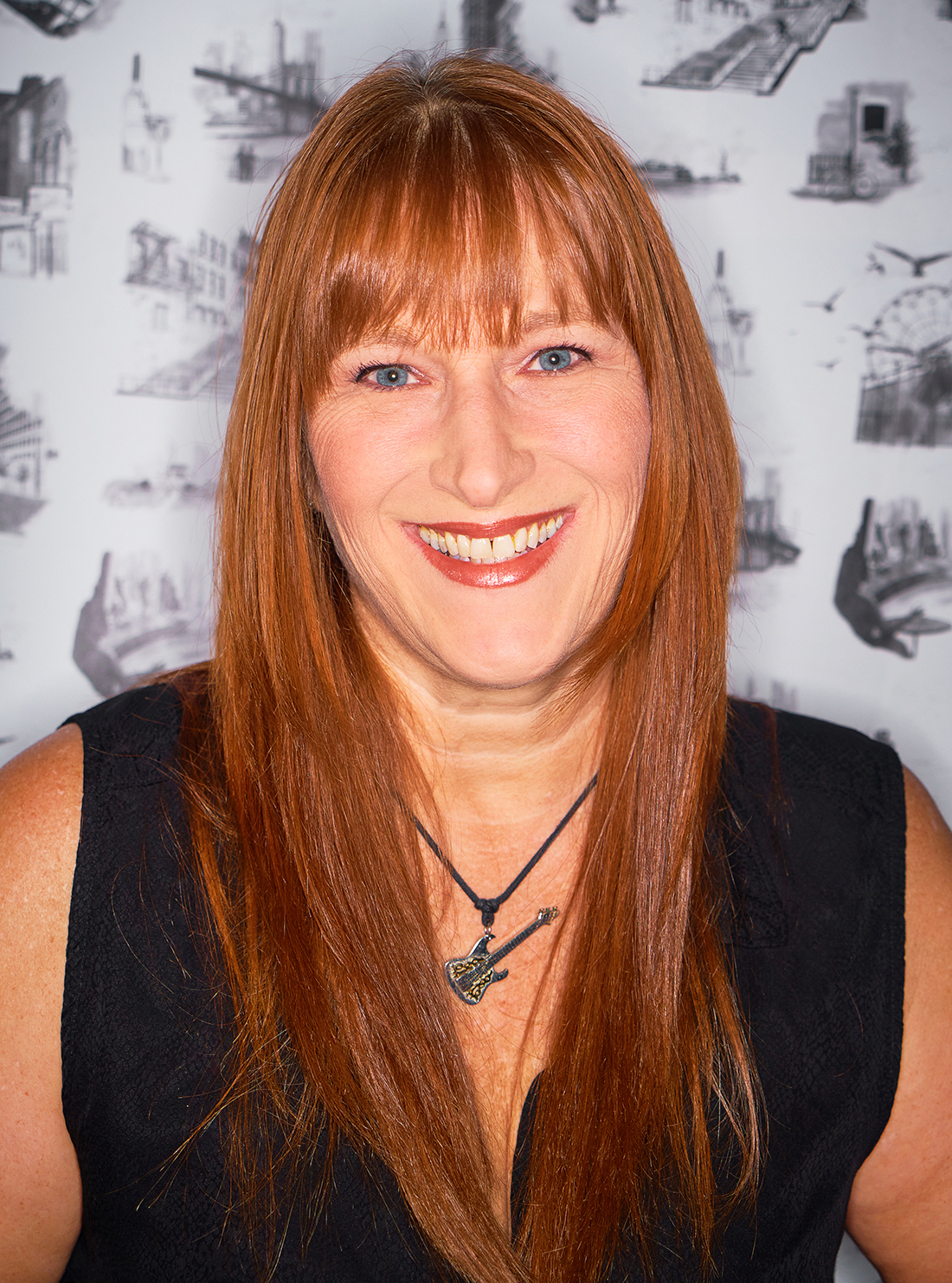 Dave says he is always looking for new opportunities to make himself of use or what he refers to as “holes.” “Wherever I am, I ask myself, ‘What’s missing? What can customers use and how can I sell it to them.” Our/New York is no different.