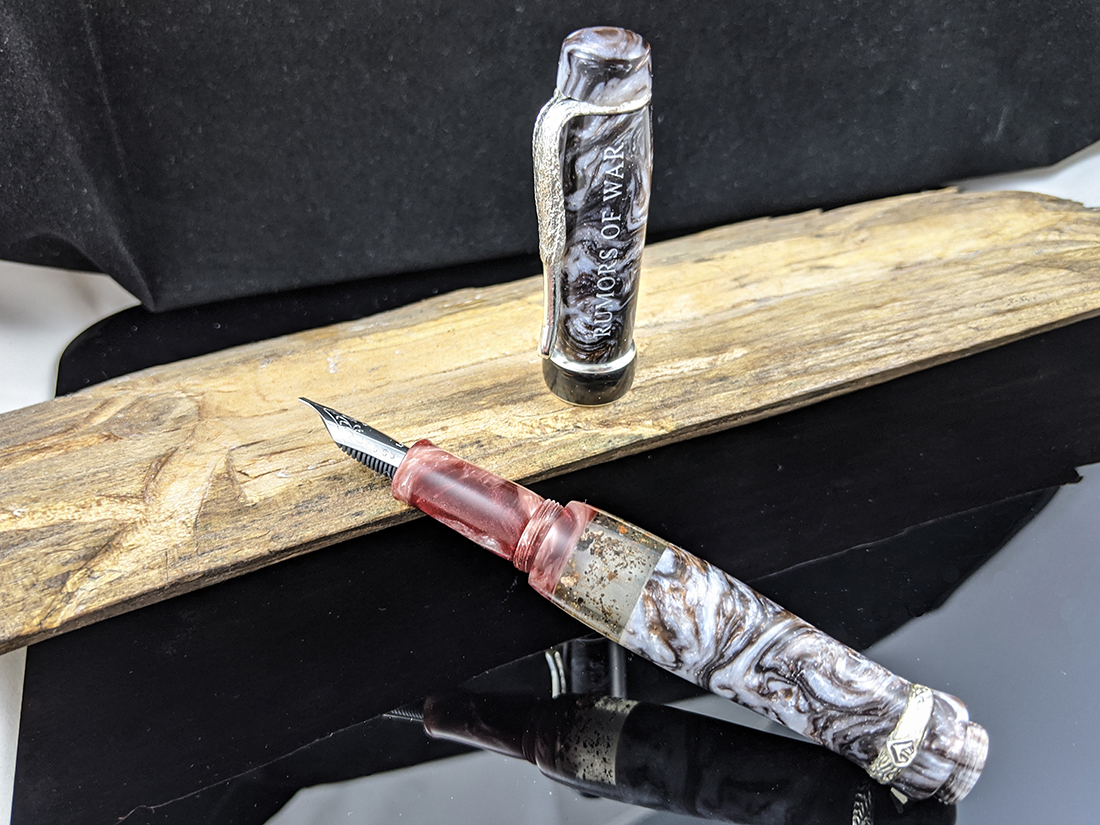 “Let those who inspire you know your appreciation for their craft.”

Michael Hyland is the owner and designer at Turning Point Pen Co. He’s from Richmond, Virginia and is a proud Lebanese-American and James Madison University (JMU) grad. Recently, Kehinde Wiley unveiled his Rumors of War statue at the Virginia Museum of Fine Arts (VMFA), its permanent home. Michael was so inspired by Kehinde’s work that he created a custom fountain pen for the artist to commemorate the historical moment.

After learning that Kehinde Wiley’s Rumors of War would be permanently stationed in his hometown of Richmond, Michael knew he wanted to add value to this event in a way that only he could: by creating a custom writing instrument inspired by the statue. “Every part of this pen bears significance to the Rumors of War statue and its related message of progress and mindfulness through the social and historical lens of race, equality, and humanity,” he explains. “From the custom cast shoelace clip to the viewing window with soil from historically significant locations around Richmond, and the African horse hair-wrapped center band, everything has a meaning and a connection.” 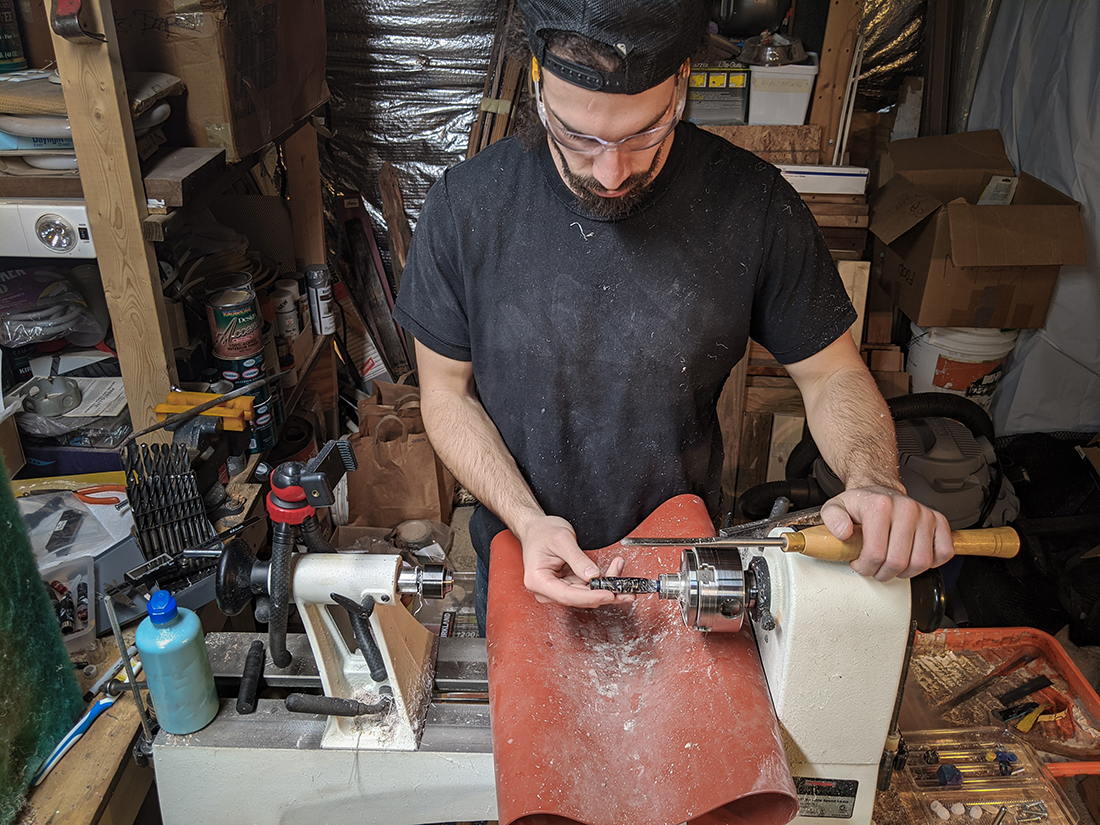 The soil suspended inside the pen, one of its most popular characteristics comes from local historical sites like Lumpkin’s Jail, Leigh Street Armory, the J.E.B Stewart statue (where Kehinde took inspiration for the statue), and soil from the VMFA plot where Rumors stands today. The pen also holds symbolic significance in its craftsmanship. Michael says the swirled black, white, and brown resin represents the intertwining of different races and ethnicities. The pen is uncapped to reveal a red grip section that represents inclusion and equality. “It speaks to universal brotherhood and the fact that, no matter how different people look on the outside, we are all the same color on the inside,” Michael explains.

The Rumors of War pen project was a collaborative effort with local businesses and organizations in the Richmond area, a detail Michael is very proud of. “The community really rallied around this project and its significance. Organizations like The Human Connection, the Social Enterprise Alliance – VA, and most notably Walker and Son Jewelers, who hand-cast and carved the custom sterling silver pen facets, were integral in the completion and presentation of this project,” he explains. 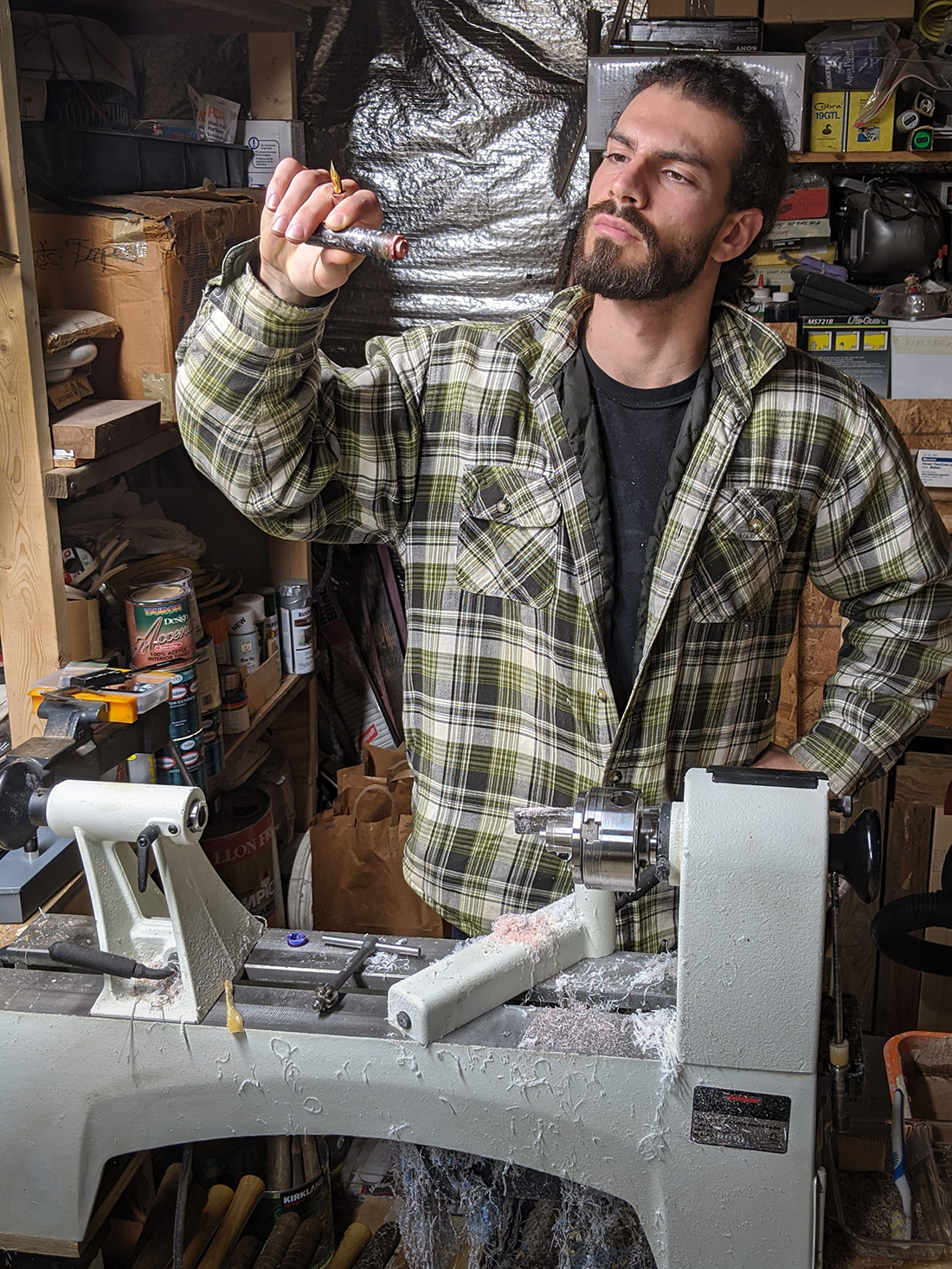 After three grueling months of designing, making connections, and plenty of calls and emails in the hopes of presenting the pen to Kehinde Wiley in person, the day finally arrived. “All of the angles played and contacts made culminated into an invitation to the banquet after the unveiling ceremony,” he says. At the banquet, Michael found himself in conversation with Kehinde’s mother when the moment he had worked for occurred. He had the $2,500 handcrafted gift under his arm. That’s when Kehinde walked up and shook Michael’s hand.

“It was a surprisingly natural and pleasant conversation. We joked briefly about his mom’s sweet and inviting nature, and I told him I had something special to give to him,” he says. Kehinde opened the elaborate box and immediately examined the pen. He made it known that he thought the pen was beautiful and suggested they take a photo together. He thanked Michael and suggested they keep in touch. “I think it’s safe to say that we both went about our nights after that better off than before,” Michael reflects. 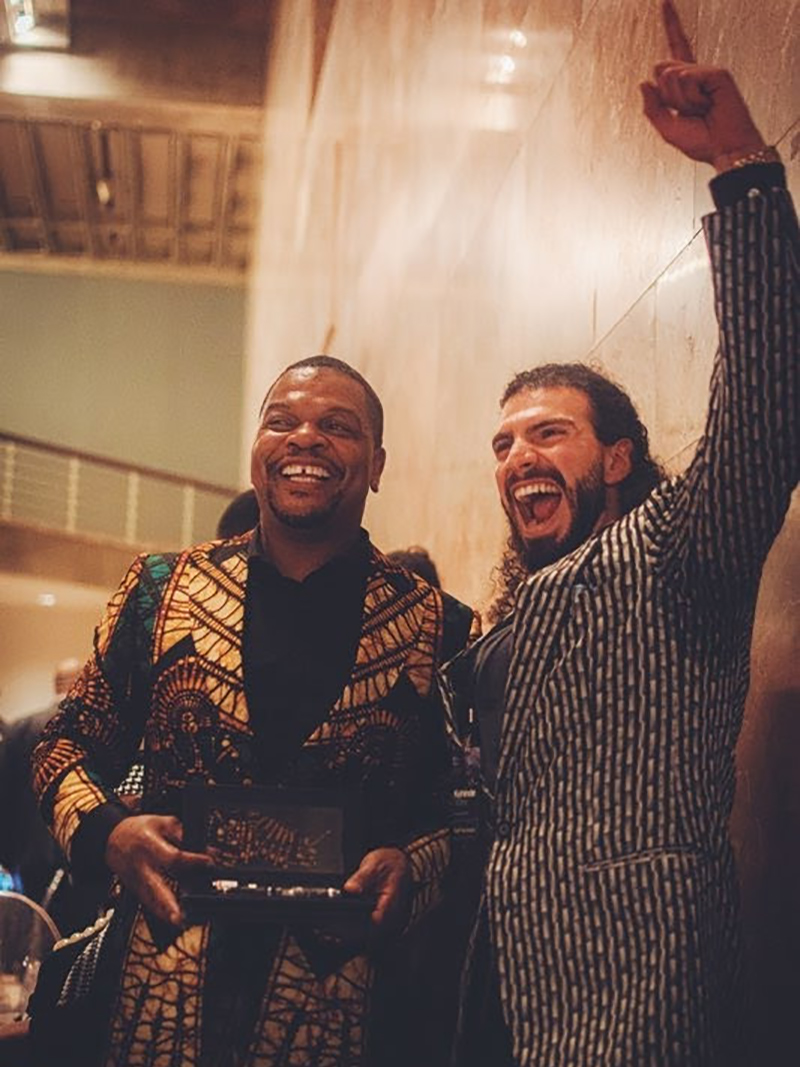 Michael would like for his business to continue to grow and expand in order to create significance for more people and situations through their writing instruments. He is also planning to give Turning Point a “public space” in Richmond soon. He remembers creating his first commemorative pen. It changed the person’s life positively; the pen added value and excitement to their life. “The goal is to make people feel special, whether they are celebrities or support staff,” Michael says. He hopes that he will have the opportunity to create pens for other inspirational figures in the future, like Aquaman actor Jason Momoa. Momoa inspires Michael with his cool demeanor, strong messages, and positive outlook on life.

For our community, my hope is that the story of the Rumors project is one that will inspire people in the belief that even small businesses and artisans can make a big impact, both in places as focused as local communities and as vast as the world.”

As our conversation ends, Michael reflects on his gift to Kehinde and what he hopes will be taken from it. “I hope this gift will allow Kehinde to feel the impact of, and appreciation for, his work every time he uses it,” he explains. “I hope he can proudly feel that there are people in Richmond who understand the Rumors of War message and are inspired by it,” he continues. “And for our community, my hope is that the story of the Rumors project is one that will inspire people in the belief that even small businesses and artisans can make a big impact, both in places as focused as local communities and as vast as the world.”