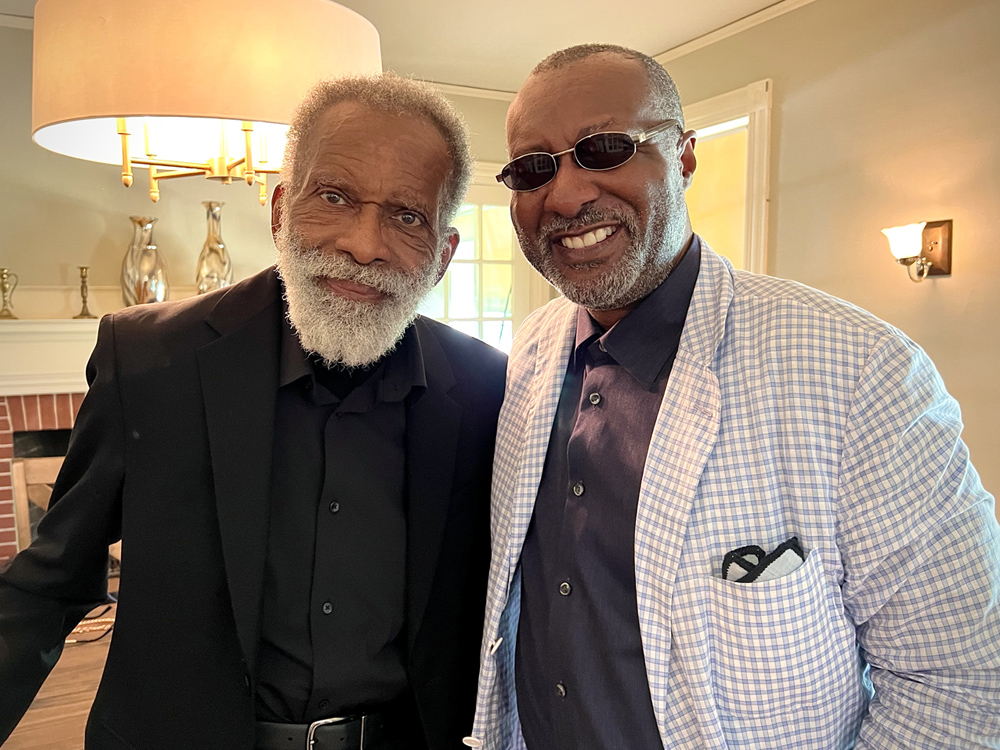 Over the past few days I have been reflecting on our ancestors and how so many people came together to make the world special.  Recently I was able to spend a few hours with the great sculptor – Richard Hunt – and was moved by the way he told stories with metal and fire. His art forms have a way of dancing even though they are still objects. It’s as if he is capturing an ever-fluid moment of creation, expansion, evolution, and new forms. This is our world. Spending some time with the great artist, his friends and others who care about his work – I’m now the self-appointed Vice Chairman of Richard’s Fan Club (David Grain is the self-appointed Chairman, and Jon Ott is the actual President) – has inspired me to share a poem that I wrote when I was a younger man. I’m still learning, expanding, evolving and becoming a wiser new form.

The Brothers are back!
New men.
Spiritual men.

Like great rocks that rise out of solid ground
. . . we move forward unafraid.

I thank God almighty that I am alive
. . . to be a part of this movement.

It is no longer enough that we survive.
It is time to develop and prosper.

On the strength of your and my ancestors
. . . before we are through
. . . this world will be a better place.

In this issue of SoulVision Magazine, we profile Acadamy Award-winning costume designer Ruth E. Carter. Next, we highlight the work of Stylegasm’s Jennifer Koch, Allez Watch Company’s co-founder Ethan Evans, and Crewel and Unusual’s creator Daniel Crawford. Also in this month’s issue, we take a look at stylists Maria V. Williams and Angelique Michelle’s new venture and a savory recipe from chef Martel Stone. Finally, we highlight the great literary work of critically acclaimed author Adriana Trigiani and Nancy Bolmeir Fisher’s The Origin Project and pay homage to legendary fashion designer Willi Smith. You get a new look when you have SoulVision!