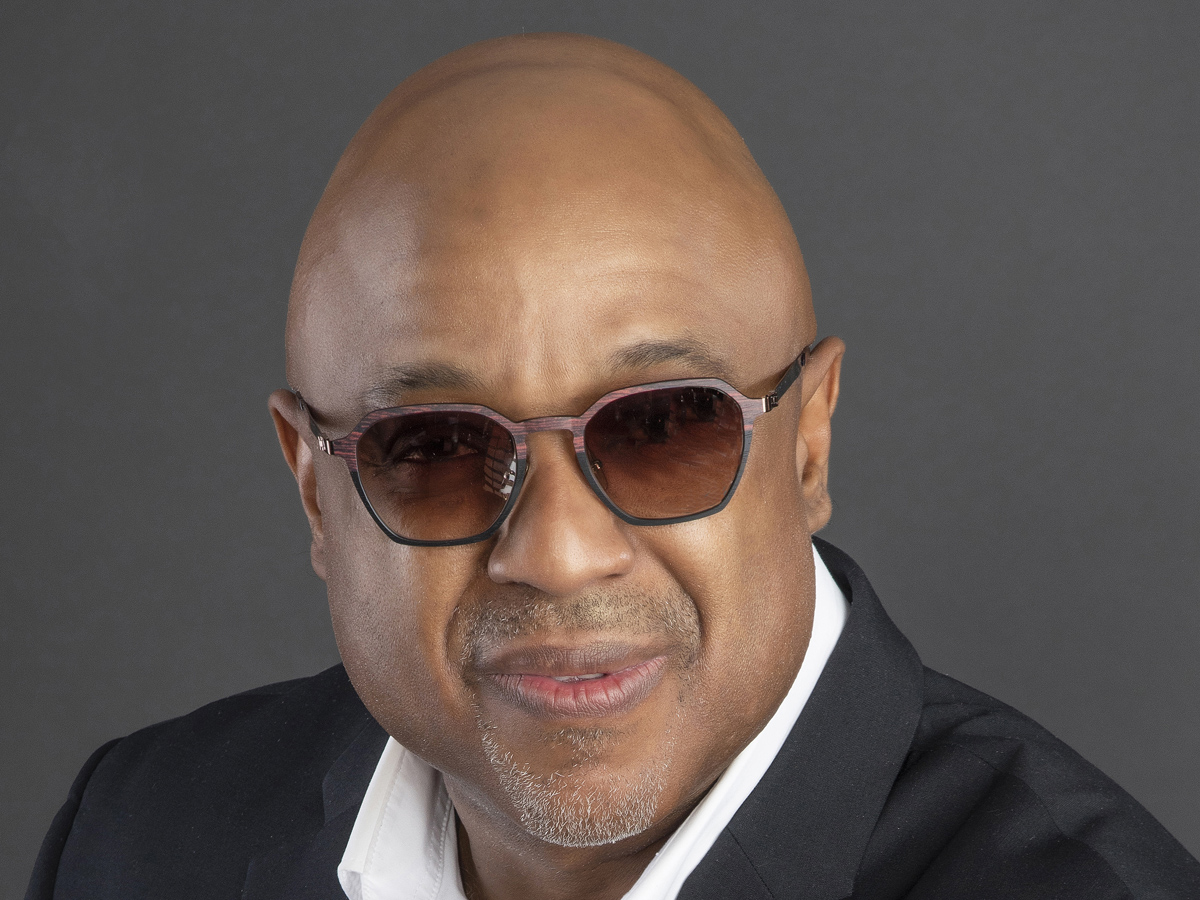 “You can’t get a win unless you are willing to lose.”

Producer and engineer Commissioner Gordon Williams has been in the recording sessions of some of the most celebrated albums of all time. He worked with Lauryn Hill on The Miseducation of Lauryn Hill. He worked on Santana’s Supernatural. He worked with Amy Winehouse on her debut album Frank.

He grew up in the Bronx, New York, the birthplace of hip hop. His parents split when he was in elementary school and even though he and his younger brother grew up in a single-parent home with their mom, Gordon was surrounded by love. He had “surrogate dads” in the neighborhood who looked after him. One of these men was his uncle Peter, who recently passed away. Gordon was inspired by his uncle to express his creativity. Uncle Peter was an avid comic book collector and one day while 9-year-old Gordon was sitting around his grandma’s house, his uncle plopped a box of old Marvel comic books like Spider-Man and the Fantastic Four at his feet. “I’m talking about from the 60s,” Gordon says. “First of all, I hadn’t really seen a comic book. On top of that, a comic book during those days was 12 or 15 cents. He inspired me to read and draw.” 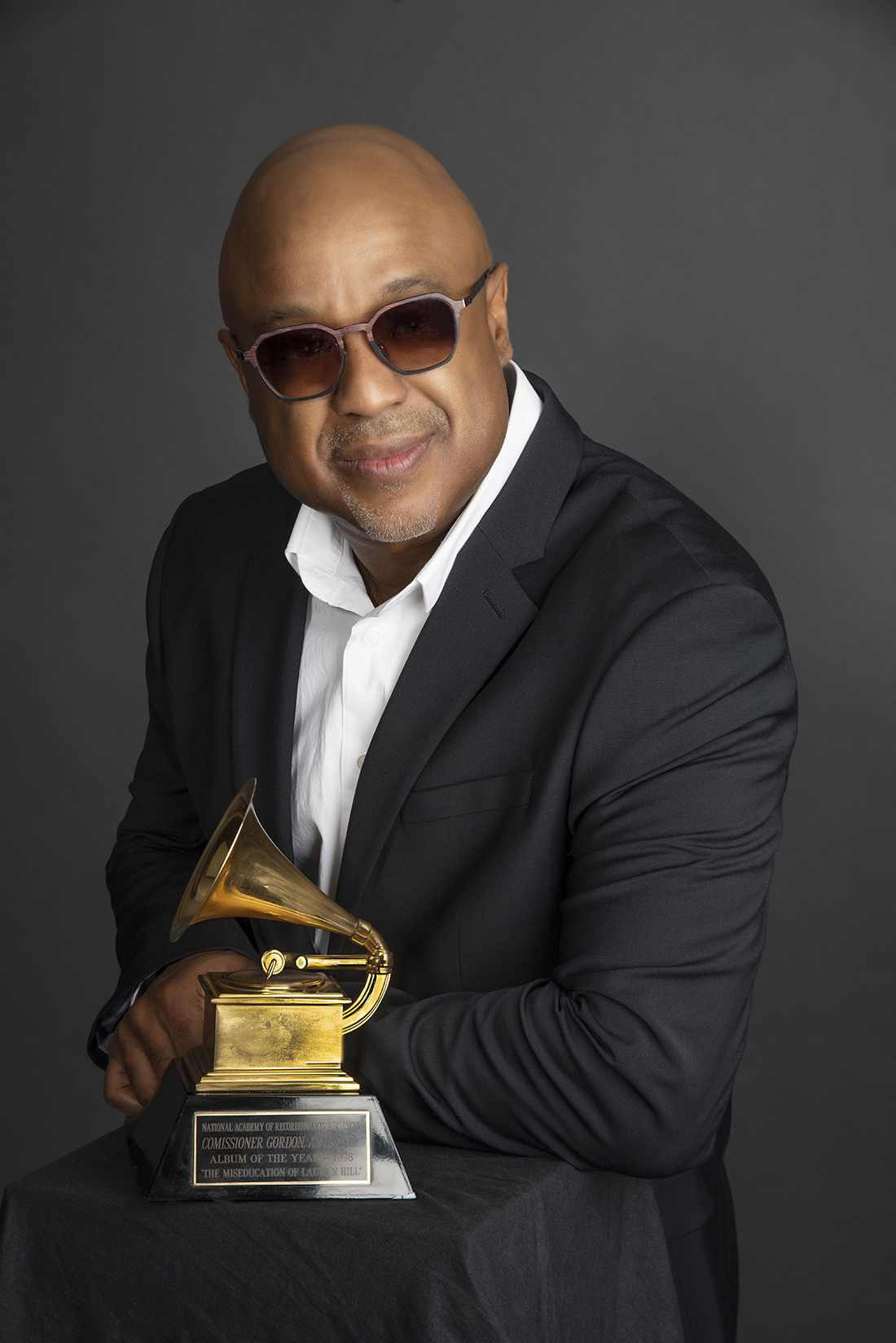 Commissioner Gordon Williams poses with his Grammy for Album of the Year for his work on The Miseducation of Lauryn Hill.

His uncle also was a guitar player. Gordon would see his uncle play around with the guitar in his room. That’s when he heard Bob Marley for the first time. “From hearing Bob Marley, that was the sound and the person that made me feel like, ‘Ok. I want to do this. I want to do music,’” he explains. Gordon would eventually connect with Marley’s descendants. He would work with Marley’s sons Damian and Stephen Marley and record at Marley’s Tuff Gong studio during The Miseducation of Lauryn Hill.

Gordon was given the Commissioner moniker by KRS-One, with whom he would develop a working relationship. It wouldn’t have mattered to Gordon if hip hop didn’t become mainstream because it was something that touched the youth in his neighborhood. “It was fun,” Gordon explains. “It wasn’t about making a record. We came in around the second generation, so we watched the first.” The figures of the first generation were Grandmaster Flash and the Furious Five, the Cold Crush Brothers, DJ Jazzy Jay, and others. In the late 70s and early 80s, hip hop was very much a local phenomenon. “They were stars to us,” he says. “We didn’t know that the outside world didn’t know who they were.”

When Gordon visited his grandmother in Brooklyn, he would bring his cassette tapes of his favorite MCs. Kids in the streets would ask him what he was listening to. He couldn’t believe they didn’t know. “To us it was like everyone knew, but they didn’t,” Gordon says. “It wasn’t about any kind of industry play.” He doesn’t think any of the original artists thought that hip hop would have made it this far. Now, Grandmaster Flash and the Furious Five have been inducted into the Rock & Roll Hall of Fame. The first generation was focused on community and not any kind of mainstream success, Gordon believes. “I think it was more about what we were doing at that moment and the urgency and importance of participating in creating with each other,” he says. 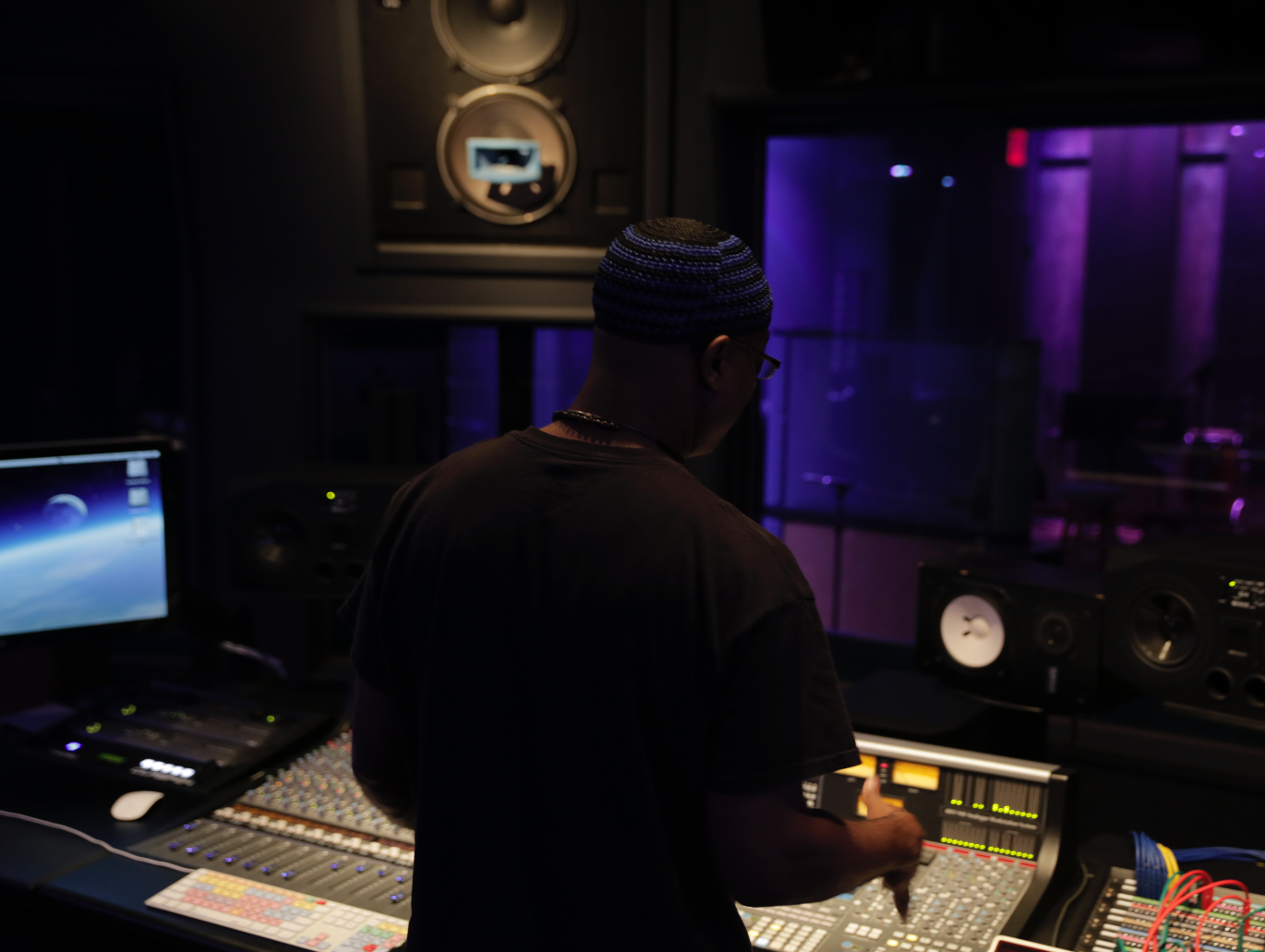 In the early days of his music career, Gordon was a member of the house music group Touch. They were signed to the independent record label Supertonics. Their record “Without You” became a dance hit and afforded Gordon a production deal with Motown Records. At Motown, Gordon developed as a producer and mixer working closely with Timmy Regisford, the head of A&R. His achievements at Motown opened new career doors and led to Gordon meeting Benny Medina and Quincy Jones. “Meeting Quincy literally changed everything,” Gordon says. “Every conversation with Q was a treasure chest filled with knowledge I still use to this day.  Eventually, Quincy’s interest in my group’s material led to a huge production deal with Tommy Mottola and Sony Music. It was really one of my first lessons in managing money and managing people. I was inexperienced at both. Just because someone has the ability to make great art doesn’t mean they are a great person.” Taking responsibility for his failure, Gordon says he “salvaged” his deal with Sony when Mottola asked him to stay on as a staff producer and senior director of A&R at Columbia Records. “You have to take responsibility for your losses just as much as your wins,” he says. “Because you can’t get a win unless you are willing to lose.” Gordon says his time at Sony matured him and allowed him to learn the business. He worked on many projects in the four years he was there. This included projects with Mariah Carey, Will Smith, Wyclef Jean, 50 Cent, Alicia Keys, and TrackMasterz. He also worked on Destiny’s Child’s first album, the Love Jones soundtrack, and the Men in Black soundtrack. 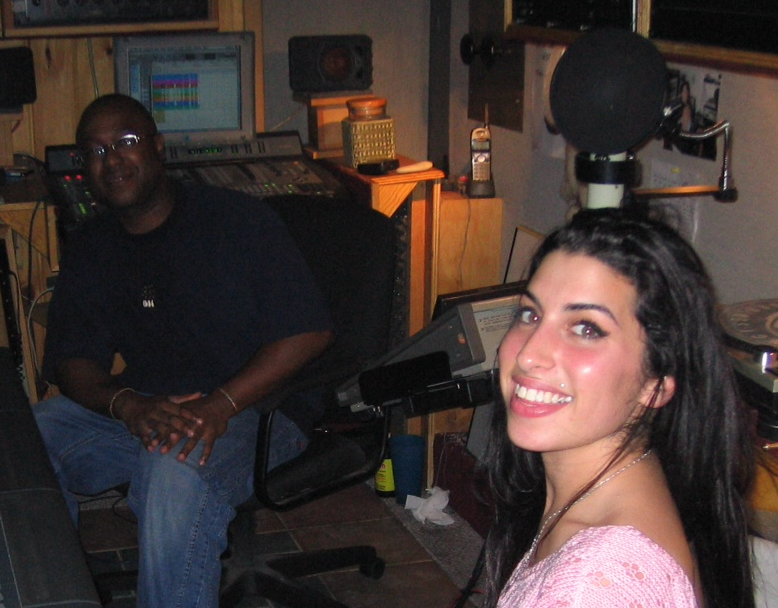 Commissioner Gordon Williams in the studio with Amy Winehouse working on her debut album Frank.

While he was at Sony Music, Lauryn Hill asked Gordon to work on her solo project. Gordon was the engineer and production supervisor for the album. Because he was working so hard on getting the album completed, he didn’t think too much of how the public would react to the record. But it was when he began mastering the record, he knew he had something special. However, he did not know it would reach the heights that it did. “I couldn’t have seen this for what it became in terms of people referring to it as a classic,” he says. Gordon praises the talent for the quality of the music and its staying power. The album has sold over 20 million copies worldwide and is considered one of the greatest albums of all time. It earned Gordon two Grammys, including Album of the Year, at the 41st Grammy Awards in 1999. The Miseducation of Lauryn Hill would be the first out of two hip hop albums to win Album of the Year at the Grammys.

With the increased importance of branding and image in the music industry, Commissioner Gordon Williams believes focusing on the music is important for emerging artists. “I think we have swung away from focusing on the music part of the music business,” he says. “I see a lot of young people who want to be famous more than they want to be great artists.” He wants artists to get back to making art for art’s sake. “Yes, we need to be compensated properly for our work, but don’t lose the art,” he says. “Be a student of the music and learn its language .” 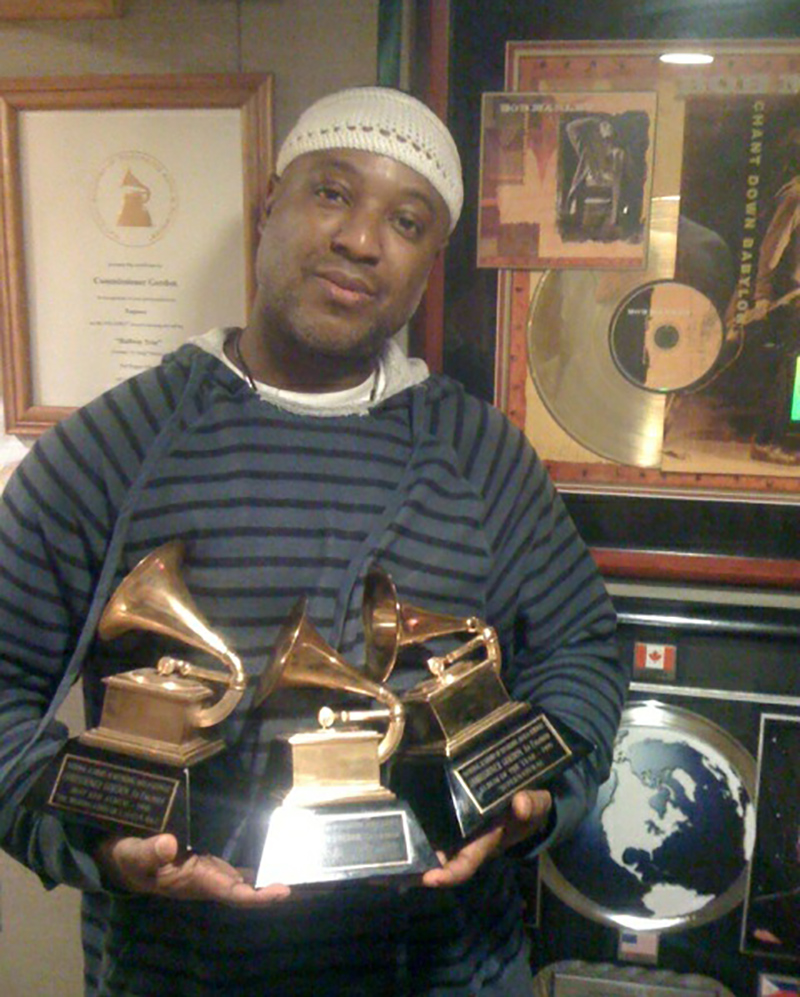 Gordon is currently a Goodwill Ambassador for the island of St. Lucia, his mother’s home. His company Lalabela Alliance is a multi-faceted collective of companies focused on musical education, youth development, film and television, music production, and publishing. “We work with young people who are not just looking to be inspired in music, but are also inspired to be better people,” Gordon says.  He also advises new artists to find great mentors in music like Quincy Jones was for him.  Finally, in addition to Lalabela, Gordon is part of the White Tiger Society, a music collective fronted by Tunisian singer-songwriter Dajla. Gordon is continuing to look for new musical talent for Lalabela and is developing a production base on the continent of Africa. 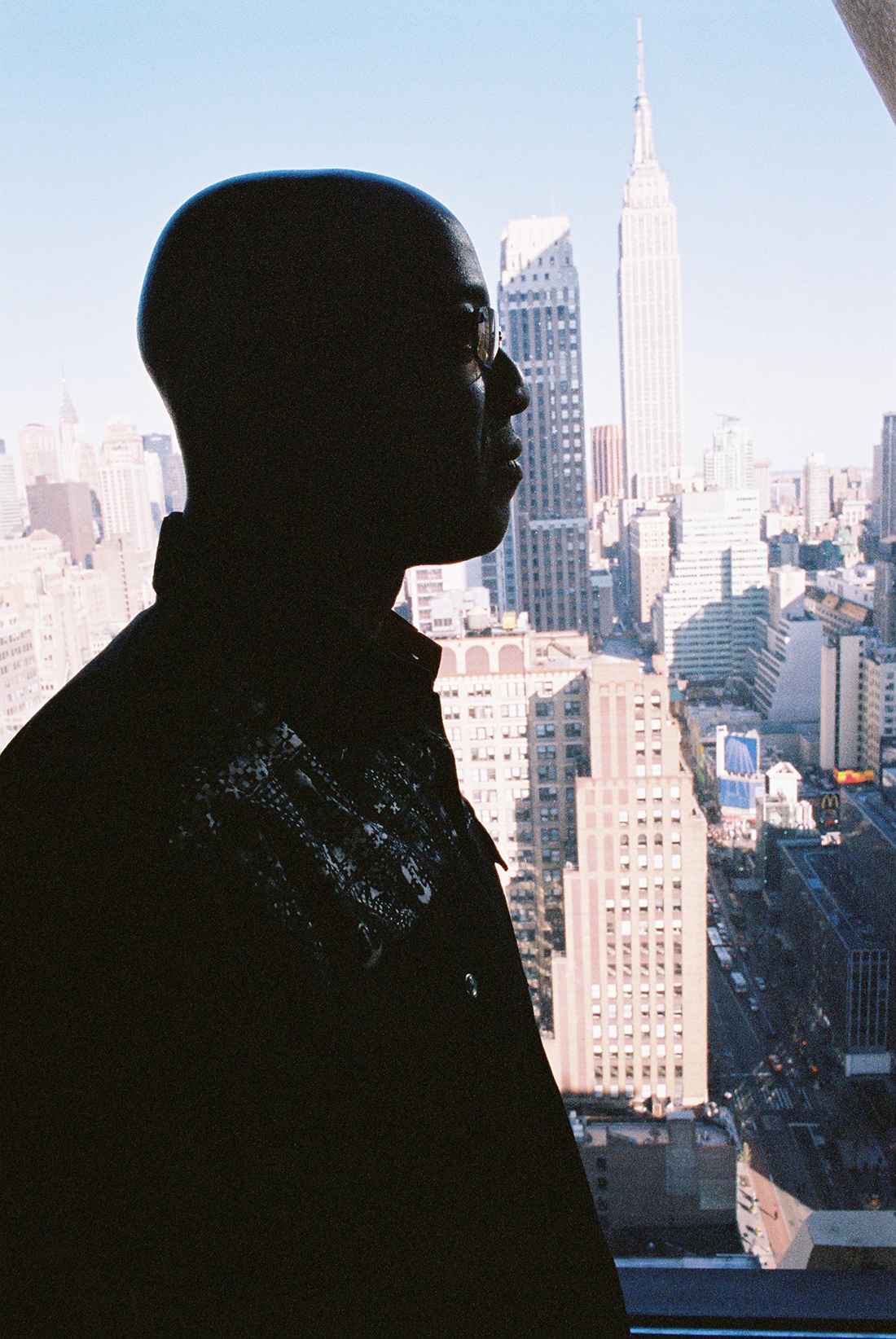 When Gordon is relaxing, he turns the music off. “I don’t even want to listen to music at times because I listen to so much music,” he says. Because of his work in music supervision, he’s been binge-watching films from that perspective. He has worked as a music supervisor for films like The Banker  with Samuel Jackson and Anthony Mackie, and the upcoming film Last Looks with Mel Gibson. “I love good stories,” he says. “I love to read, too.” But what would be nice for Gordon is a vacation on a beach in the Caribbean. Because when you have worked on your craft as intensely for decades as Gordon has, you deserve to spend time in a place where the water is calm and the sky is as clear as the ocean itself.