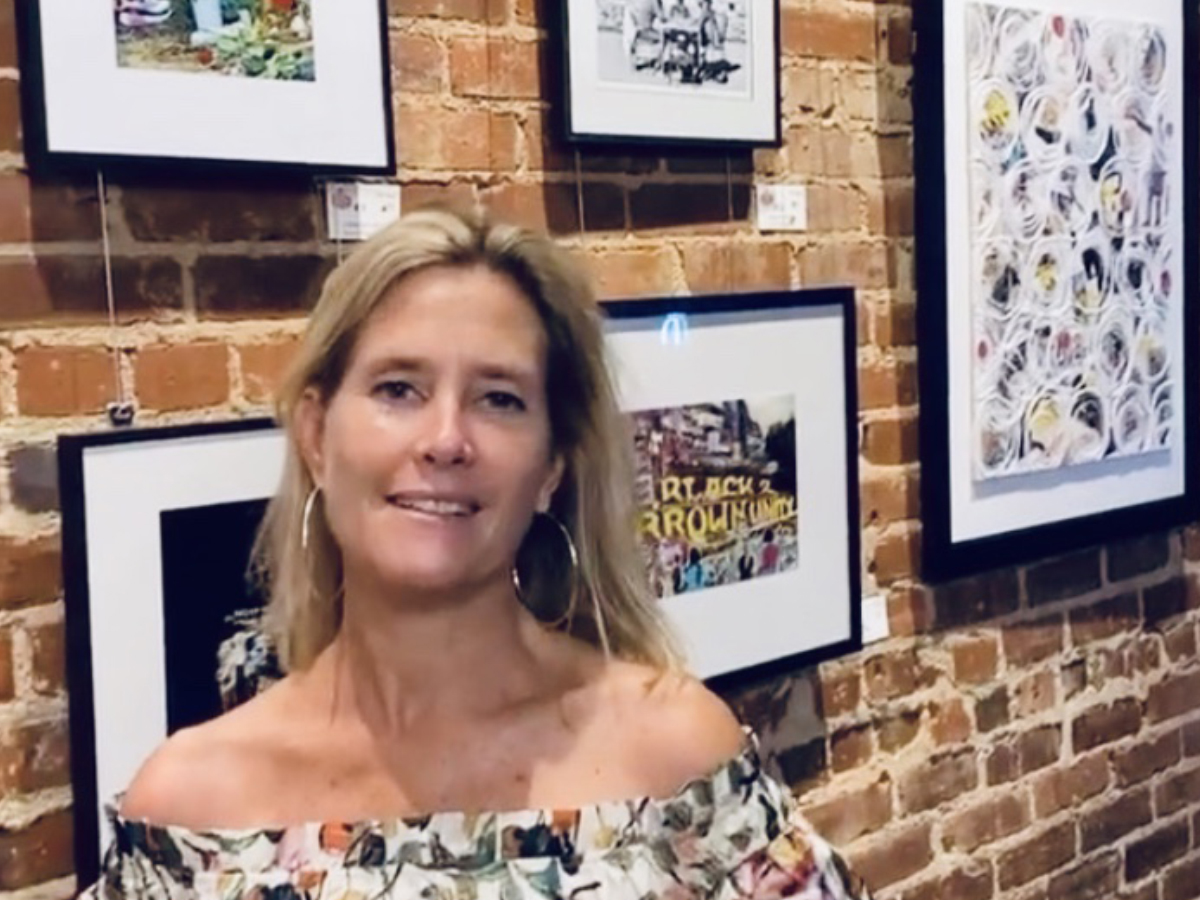 “Be where the people are.”

Heidi Abbott migrated to Richmond, Virginia, after college for a teaching job in 1984. She had no ties to the city. Over the decades, Heidi has established herself as a pivotal community figure within the city. An attorney and civic leader, Heidi uses her talent as a photographer to connect people from different walks of life. “For me, photography has always been an incredible communication tool,” she says. “It allows people to see the beauty in themselves and lets people from very different worlds recognize their common humanity.”

At the turn of the decade, Richmond was still figuring out a way to move forward from its history of slavery and racial segregation. In the summer of 2019, the Boulevard was renamed Arthur Ashe Boulevard to commemorate the late tennis legend. On a rainy day in December 2019, the Virginia Museum of Fine Arts (VMFA) revealed Kehinde Wiley’s Rumors of War statue. Heretofore unimaginable progress was in the Commonwealth.  Then the images of George Floyd’s murder went viral ostensibly impacting every open and hidden place on the planet. 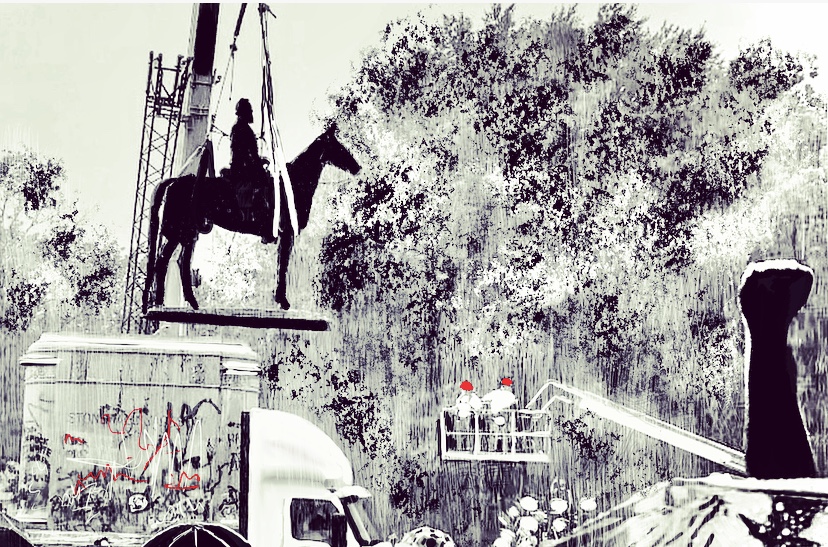 As nationwide protests began in the spring of 2020, Governor Northam announced that the Robert E. Lee statue would be removed. “That’s when I started making my daily (and sometimes nightly) pilgrimage to the statue,” says Heidi. “I ended up meeting people from all over the country who came to the Lee statue in its ever-changing form to protest, have conversations, and celebrate a new era in Richmond.” 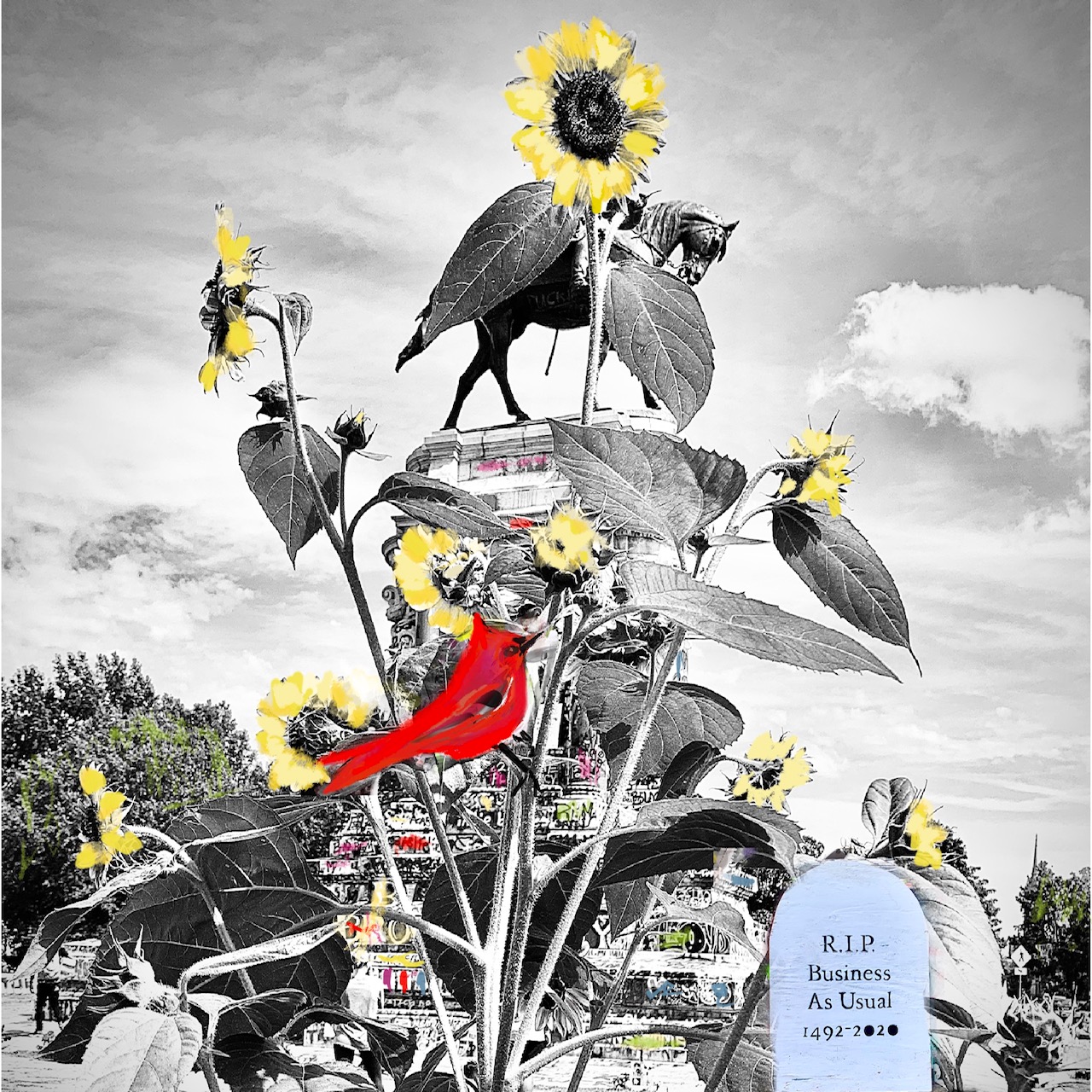 As the city and country were at a crossroads, Heidi was gathering inspiration and material for her Deconstruction series, a combination of photography and mixed media pieces. The pieces center around both the removal of the monuments and the protests. While mixed media is new to her, Heidi appreciates the creative possibilities the medium affords. The series was shown as part of the Racial Awakening exhibit at the Richmond Art Garage. It was shown alongside filmmaker and photographer Jordan Shanks’ Love Letters to America: Part II series. 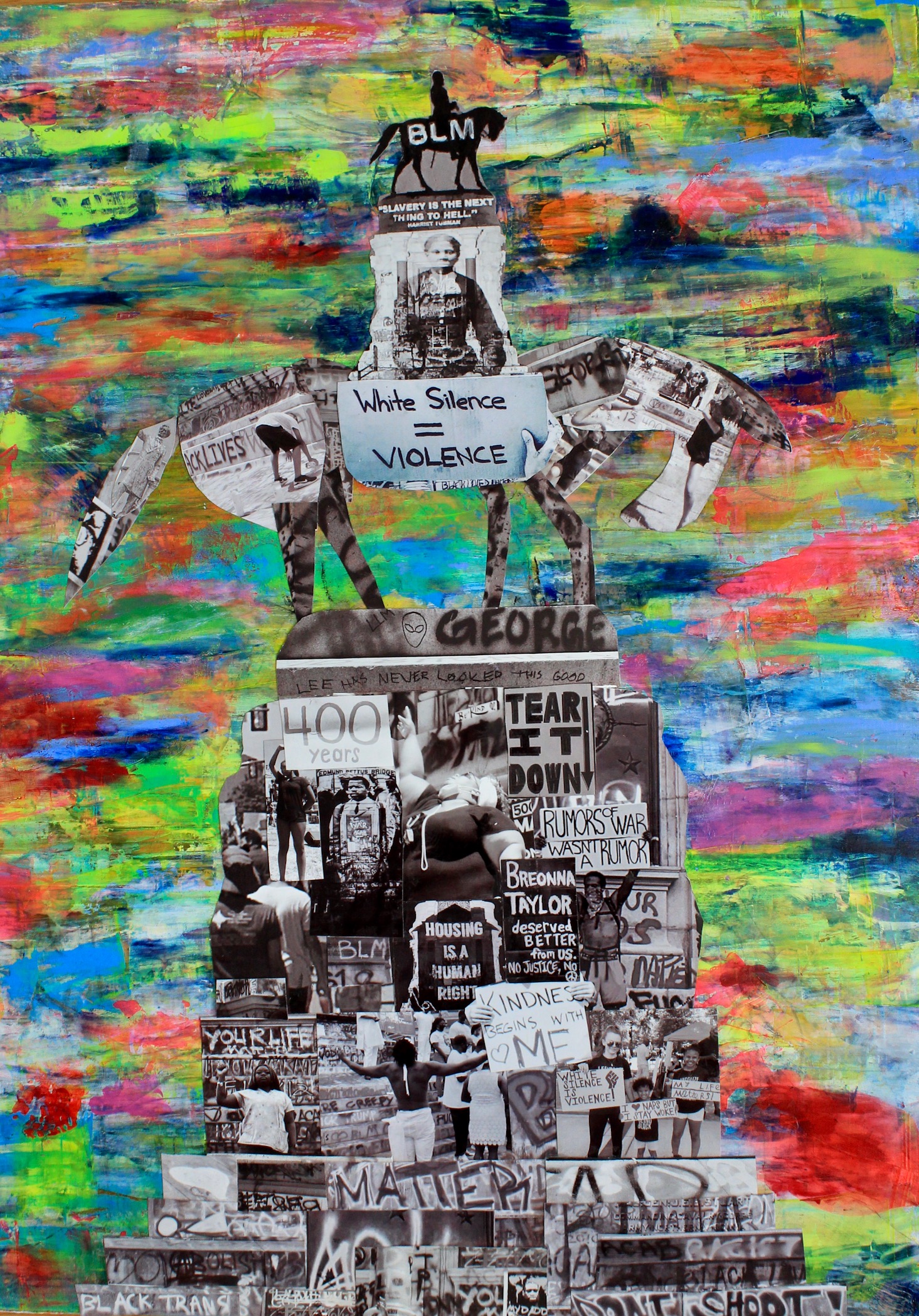 Heidi’s next project is deeply personal. It is a collaborative project with a young man who is serving a federal prison sentence until 2037.  “He is like a son to me—a son, a brother, a scholar, an artist, and a man,” she says. Even though communication has been difficult, they have been exchanging ideas back and forth by letters and the occasional phone call. “The things I learned in developing the mixed media pieces for the Deconstruction series have been incredibly freeing and helpful in thinking through how to most powerfully convey his words,” Heida says. “We are going through lots of trial and error, but that’s what it’s all about. I’m excited to see what we end up with.”