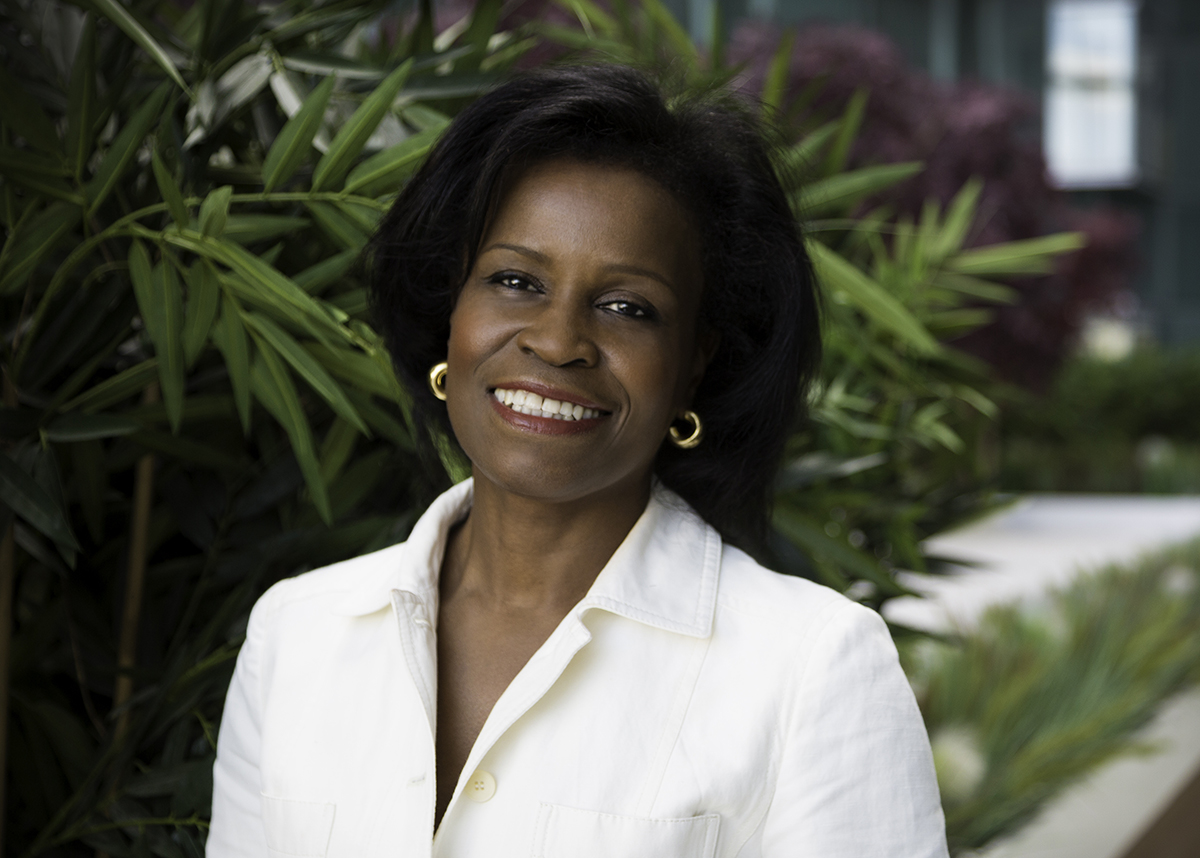 “Believe in the relevance of your story.”

Misan Sagay is one of the most brilliant screenwriters of our generation. Her stories give life the panoramic view it so desperately deserves. Misan migrated with her parents from Nigeria when she was five. “I am Nigerian and I was born in Nigeria but I came to England at the age of five and lived in Cambridge for most of my formative years,” she explains. “I would say I’m partially from Warri, Nigeria and Cambridge, England.”

Her father was an academic. From her father, she learned the value of holding herself up to her own standards. “You measure yourself against the best that you can be,” she says. “It wasn’t about competing with other people. It was really about competing with the best of you. You will know when you are falling short,” she says. Because of this, Misan had the motivation to succeed academically. “My father had this profound love for learning,” she says. “Approaching learning with joy is an amazing lesson and legacy to leave a child.” 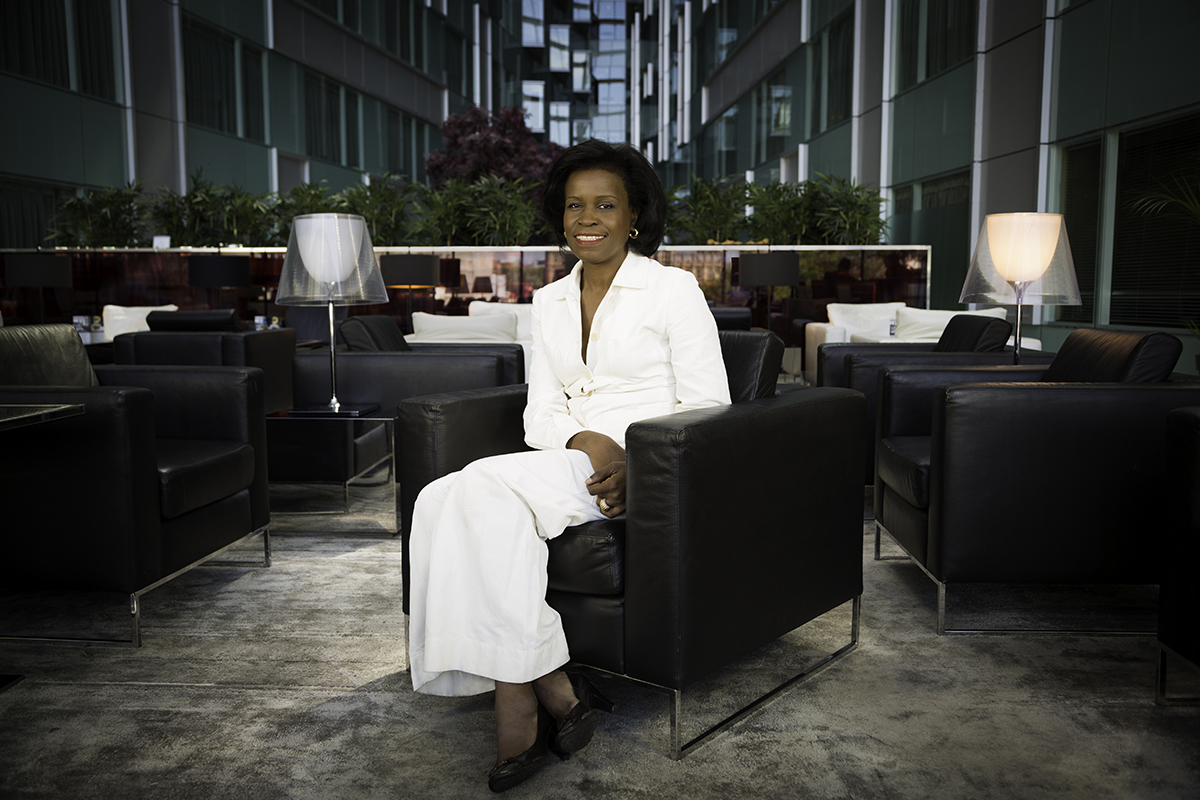 Her father’s emphasis on learning instilled discipline into a young and bright Misan Sagay. As she recalls it, she loved “learning for its own sake.” Before her start in film, Misan always had plans to become a doctor. Her love for reading and learning helped her appreciate and push through the rigor of the medical field. “I grew up as somebody who read widely and voraciously with great enjoyment,” she says. “I think the ability to read and to read with joy is something that is very useful in anything you do. It gives you focus and concentration and wider life experience that you might otherwise not have. My love for reading served me very well in medicine,” she says. Even though she isn’t in the medical field anymore, she considers it to be one of her greatest achievements.

The modern-day film industry is in the midst of a renaissance. Big budget film companies like Disney are banking on talent of color. “Having the opportunity to write for a studio in a profession that has been dominated by white male writers is also a great achievement. It’s unexpected but I’m excited,” she says. Her screenwriting journey started in, as she says, a “rather strange way.” She was working as a doctor in the A&E (Accidents & Emergency) department of Charing Cross Hospital. The biopic of British politician and abolitionist William Wilberforce, Amazing Grace, was playing at the local theater. “I remember the hunger people had for any film that might have relevance to one’s experience,” she says. “I knew it was a film about slavery so I wanted to watch it. I remember walking out of the film and found myself sympathizing with the tears of a white woman because her husband didn’t come home for supper,” she says. “It showed how structurally disruptive slavery was for her social life. Looking at slavery as evil through that lens left me with an unimaginable rage.”

She used her free time to work on her screenplay in the A&E. “In the A&E you have busy and quiet time. So when there was quiet time, I sat down and wrote this story. I was going to write this story with a black woman lead,” she says. “This was the first story I had ever written. I had sent it to the British Screen, which works as a government film agency, and they wrote back and said, ‘We want to make your film.’ They had sent it to Jeremy Irons who had just won an Oscar. He loved the script and he said, ‘I will help you raise money and we’re going to make this movie together.’ I was very lucky that the first thing I made was produced into a full-length film. That film was The Secret Laughter of Women,” she says. After The Secret Laughter of Women, Oprah Winfrey caught wind of her work and hired her to write an adaptation of Zora Neale Hurston’s classic novel, Their Eyes Were Watching God for Harpo Films. “My early years were quite easy. It was harder to move to the next level. That was where I found it difficult,” she admits.

“This was the first story I had ever written. I had sent it to the British Screen which works as a government film agency and they wrote back and said, ‘We want to make your film.’”

Then Misan created her next film, Belle. But the inspiration for Belle came much earlier in her journey. Misan was attending a party at Scone Palace in Scotland while a student at the University of St. Andrews in Scotland. She was wandering around the house and stumbled upon a secluded bedroom. In a back corridor off of the bedroom, she found herself looking at a face similar to hers. “I had this extraordinary moment where I came face to face with another black person,” she says. “At St. Andrews, I really was the only black person for miles. Seeing this portrait was quite an amazing moment.” The portrait was of two women—a black woman and a white woman. Under the portrait, read the caption, “the lady lives with Murray.” Misan found this funny. The black woman wasn’t mentioned by name but just as ‘lady,’” she says. “I wondered about the identity of this woman. Who was she?”

Years later, she went back to the palace but the portrait had been moved out of the bedroom and into a more public place. The caption had been changed. It read: “The Lady Elizabeth Murray and Dido, the housekeeper’s daughter.” This didn’t make sense to her. The clothes were too striking and regal to belong to a housekeeper’s daughter. Misan had her story. She got in touch with the family in Scotland and did weeks of research. “The two girls in the portrait were in fact of equal relationship to Lord Mansfield at the time he lived in Scone Palace,” she explains. “His descendants still lived there and that was the beginning of finding Dido’s story and then making the film.”

“I think the ability to read and to read with joy is something that is very useful in anything you do.”

When the conversation turned to diversity in film, Misan had an alternative take on what makes it difficult for people of color to break through. “The difficulty—in my opinion—isn’t about racism as much as it is about visibility,” she explains. “As a black person, if I walk into a room as a black person or look at a work of art or anything, I see me and therefore I assume they see themselves and in seeing themselves, perhaps they don’t see me. But if I go in to pitch a project, first of all, I have to pitch that black subjects are interesting before I pitch myself as a writer or the actual story,” she says. “Every time you go in, you go in with this monumental task. Not just pitching the story but pitching of one’s own relevance.”

There is a blindside in the industry that Misan feels needs to be addressed. “I think the reason why black films are made through the lens of a white character, is because that is the only way they can capture the attention of the person they are pitching,” she says. “I didn’t do that nor am I going to do that. When I was pitching Belle, I would come in and say I wanted to make a film about Dido Elizabeth and people in the room would say, ‘Well why would you want to make a film about her instead of Lord Mansfield?’ To pitch relevance that anyone would want to see it is hard when you’re pitching to someone who might not necessarily be the audience you want to engage with,” she says. Her point being, that the industry needs more people that look like the person who is pitching. “Listen to what I have to say because I know my audience,” she says. “I shouldn’t be forced to tell it in such a way that people who are not particularly necessary to the story are brought to the forefront as cream in the coffee. I think we have to be comfortable with straight black coffee when we tell our stories,” she says.

“I think the reason why black films are made through the lens of a white character, is because that is the only way they can capture the attention of the person they are pitching.”

For young screenwriters, she advises before approaching any door to “make sure you have done everything that you could possibly do to deserve to go through that door. If it requires study, you study. If it requires hard work, then you work hard. If it requires meeting people, meet them,” she advises. “But once you get to that door, you let nothing stop you. You can then storm those gates because you came prepared and you know you’ll have the right to be there.”

Misan Sagay feels like the doors that once were closed for minorities are being increasingly pried opened. “I am working on several new projects including writing a studio movie,” she says. “The message is coming through that we make better films when the people making them are diverse.”

She’s been researching the history of Islam in Europe. “There were 800 years where Islam was the major religion in Western Europe and in much of our art,” she says. “We came out of the Dark Ages because of the Moors being there.” A movie about the Moors’ influence? That could be a possibility. She’s watching her children grow and spread their wings. “As they get older, you have to learn how to let go and let them fly,” she says. This prompts her to consider the motivations of why she does the work that she does. “Curiosity, that’s what it is. If you remain endlessly curious, you will never be bored. You will always find something to do in your spare time.”

“The message is coming through that we make better films when the people making them are diverse.”