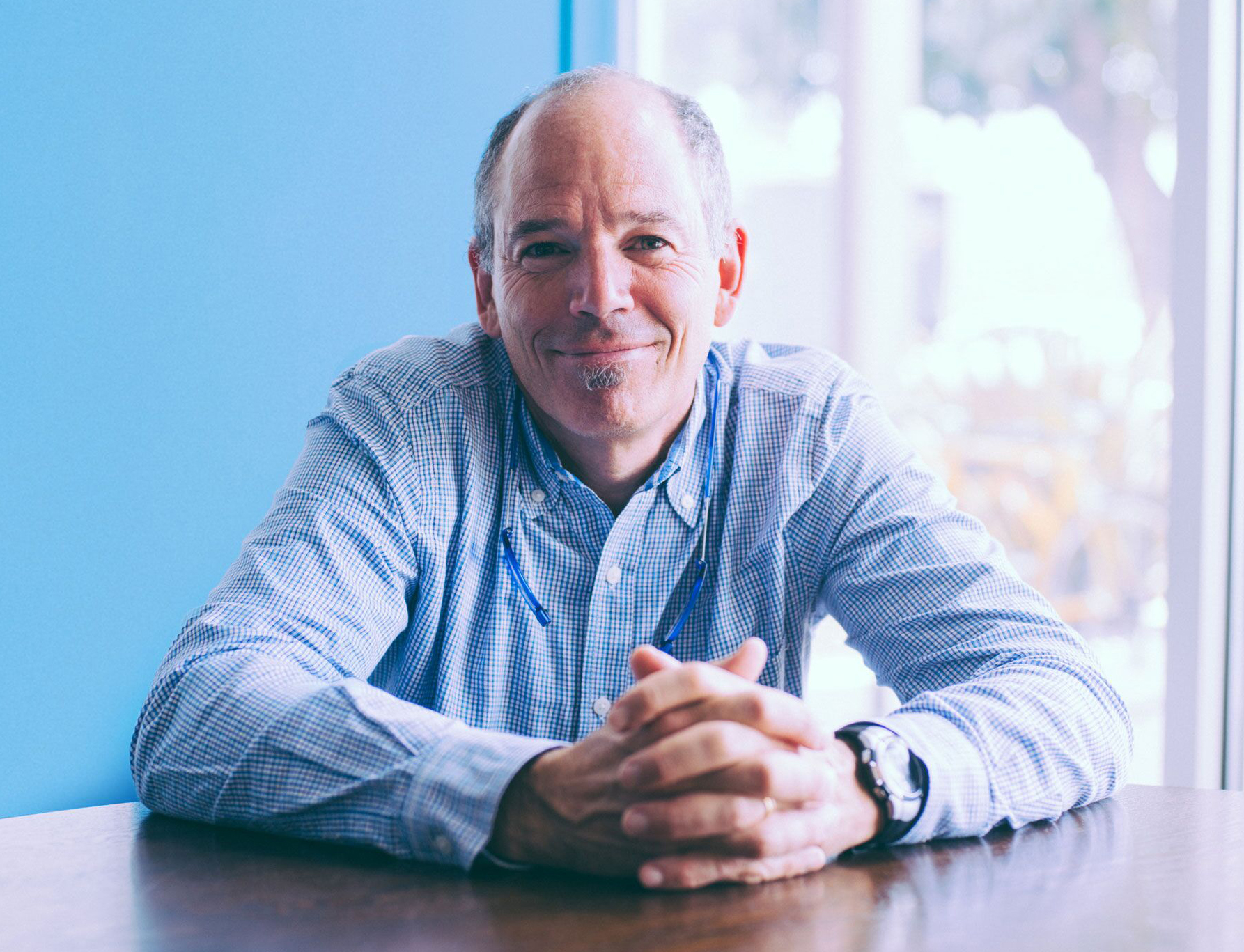 “Entrepreneurs are the problem-solvers of today.”

In 1997, Marc Randolph co-founded Netflix with current CEO Reed Hastings. If his name doesn’t ring any bells, don’t be alarmed. Marc is a humble, but charismatic entrepreneur who isn’t motivated by fame or fortune. By the time he started working on Netflix in the late ’90s, he already had experience with five other start-ups. In 2003, Marc left Netflix to pursue other ventures. He admits his skills were more suited for the beginning stages of a start-up than later stages. He’s just released a new book titled, That Will Never Work: The Birth of Netflix and the Amazing Life of an Idea, that serves as a mix between a memoir and a guide for anyone who wants to take a chance on innovative entrepreneurship. It’s the story of Netflix and how it all began from an idea for shipping DVDs in the mail to a streaming video service that changed how the world watched TV and movies. Even with success, Marc has not lost track of what is important in life.

Marc grew up in Chappaqua, New York, which he describes as an affluent community. As a youth, he quickly learned from an early age that enormous wealth does not bring happiness. “They are two different things,” he says. His parents were always supportive of what he wanted to do. He is appreciative of his parents’ open-mindedness for entrepreneurship. “I happened to grow up in a family where anytime I came up with a crazy idea, they encouraged me to go for it,” he says.

In his final year at Hamilton College, one of the bigger advertising firms arrived on campus to recruit for an account executive position. Marc knew he wasn’t necessarily qualified for the position, but applied anyway. He passed the initial interview and was flown down to New York City for a follow-up interview. He aced it! Eventually, he made it to the final rounds. Marc was now competing with three other candidates. After going through an entire day of interviews, he was told he did not get the job. Marc was disappointed, but he immediately took action. “I thought to myself, I don’t get this. What am I missing? I’m going to write every single person I met with and ask them what I can do differently the next time.”

After he sent out the letters, he received a response to come back down to New York City to meet with the firm again. He ended up getting the job. “Now, here is the amazing part: They didn’t offer the job to any of the four finalists,” he explains. “They wanted to see which one of us wouldn’t take no for an answer. It’s a lesson I’ve taught my kids and young people I’ve mentored, that in a business context, no does not necessarily mean no.” 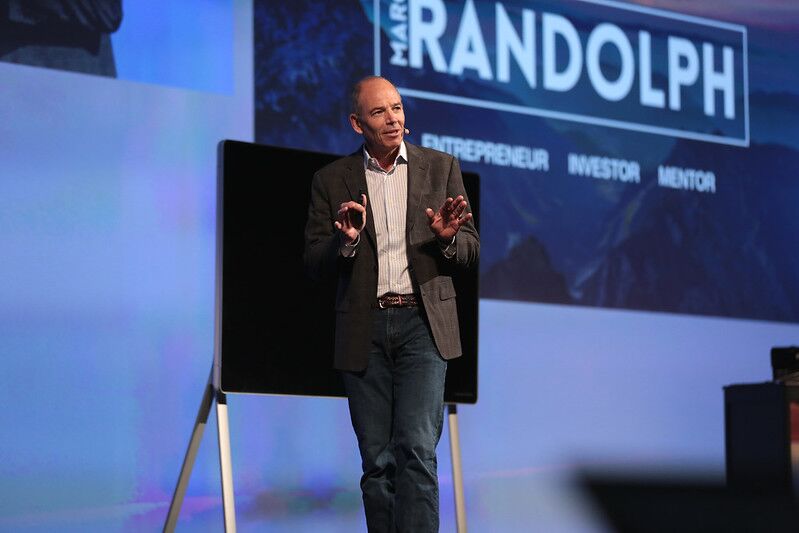 Marc does not name them specifically, but there were three entrepreneurs who inspired him early on in his career. He says that it was from sheer luck that he got to work so closely with them. He does note, however, one entrepreneur who mentored him and gave him an opportunity to work with him on the U.S. edition of MacUser magazine. Even though he had an “entrepreneurial bent,” Marc never before had the opportunity to see it done by someone who had real skin in the game. “I paid attention to the way he made decisions, who he hired, what he invested in, how to test things,” he says.

He soon learned the lesson of being a doer instead of just a dreamer. “The people who were getting things done were not the ones who took their ideas and then went back to work on a business plan,” he says. “They were the people who did things and learned from that experience. The entrepreneurs who are successful have this predisposition for action.”

He recalls a famous story of him and Reed Hastings bouncing ideas around in the car and he came up with the crazy idea of video rentals by mail. There was no driving back to the office and working on a business plan or a pitch deck; instead, they bought a CD and mailed it to Reed’s house. It worked. Instead of planning, they tested their idea and when it worked, validated it. “That’s the kind of thing you want to see in people and that was an incredibly timely and important lesson for me to learn pretty early,” he says.

Marc looks at the early days of Netflix as a moment in his life where he was enjoying himself as an entrepreneur. “It was fantastic. I felt I had made it because I was running my own company,” he says. “We were doing great and fun things. I had these great people around me.” However, if you looked from the outside looking in, things did not seem all that great. “My take-home pay was pitiful. We were losing money. We weren’t anywhere close to a scalable business model,” he says. “But that wasn’t what I was aiming for. I was aiming for a chance to have all these pieces come together. I’ve achieved that quite a few times in my life.” But, he admits that Netflix isn’t his biggest personal success. “It was more of a realization that I have had a lot of entrepreneurial success. Netflix was my sixth startup. Looker Data—the startup I’ve been mentoring for six or seven years—in some ways, is going to be a bigger personal success for me than Netflix.” 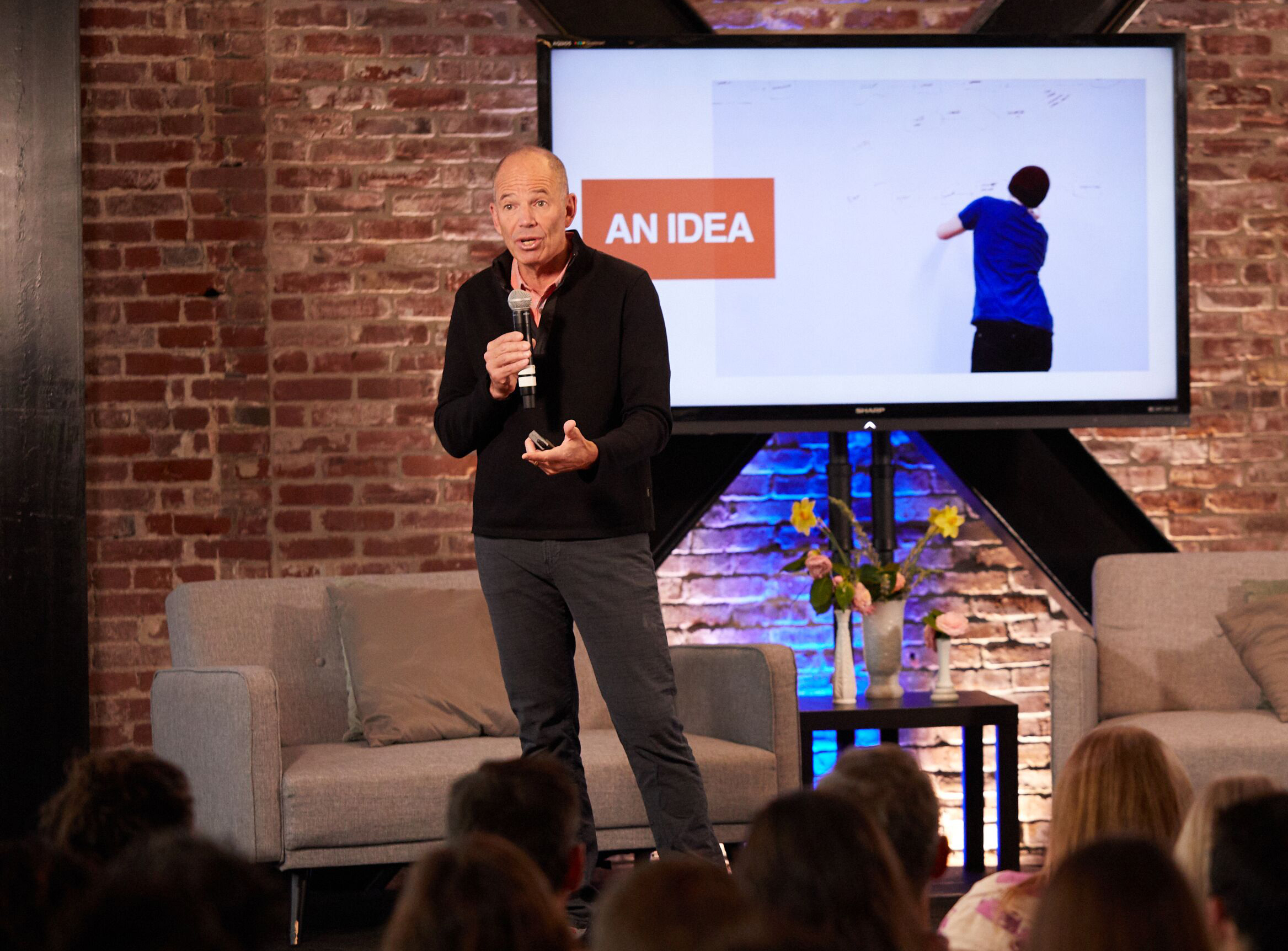 Marc says his life is motivated by balance. He doesn’t think too hard about the superficial aspects of success. Instead, he is conscious of how much time he is giving to his family, himself, and his business. “Am I balancing all of the right pieces of my life? Am I giving the right attention to my family? Am I giving the right attention to myself? And do I have the right intellectual engagement in a way that can earn me a living?” Marc’s greatest success is the fact that he was able to do seven companies and still remain married to the same woman. “She’s still my best friend. My kids have grown up,” he says. “I’ve grown up knowing them and them knowing me and the best I can tell, they like me. That’s what I’m proud of.”

Throughout his career, Marc has seen startups come and go. He states there are two reasons why startups are not successful: not taking action and a lack of focus. “They get this idea and they leave it in their head,” he explains. “They love their idea and have built it up in their head so much, that it becomes a castle in their head, but too hard to manage in reality. They end up never getting it off the ground. Instead, they should just start.”

“If people get into this business because they love the experience of sitting around a table with really smart people and solving really interesting problems, then they are in this for the right reasons.”

When Marc is hearing pitches from eager young startups, he runs into what he calls the “selling the T-shirts” dilemma. “Rather than wasting time thinking about all the things you’ll do once you are successful (like selling T-shirts), you should be spending all your time thinking about how you are going to get there in the first place,” he explains.

When asked if he feels the landscape for TV and movies are in a much better place than 10 years ago, he enthusiastically agrees. “I love what’s happening now. I mean there are so many amazing things to watch and that’s because of the competition,” he says. “Netflix is great, but so is HBO, Amazon Prime, and Hulu. I think it is great for consumers that we have all these spaces and I think it’s great for the industry that we have these choices.”

He thinks it’s never been a better time to be a content creator. Creators are no longer restrained by commercial breaks and narrative restraints. “The creative restraints that used to be on television were ridiculous and now, of course, you can do what you want. One episode can be 29 minutes and the next 60 minutes,” he explains. “Now, you can have the story arch run across four episodes before it concludes. I mean it’s spectacular.”

Marc criticizes the modern glorification of entrepreneurship. If they are only in it for the money and fame, then they are in it for the wrong reasons. “After dreaming about those things, you’ll be disappointed,” he says. “But if people get into this business because they love the experience of sitting around a table with really smart people and solving really interesting problems, then they are in this for the right reasons.” 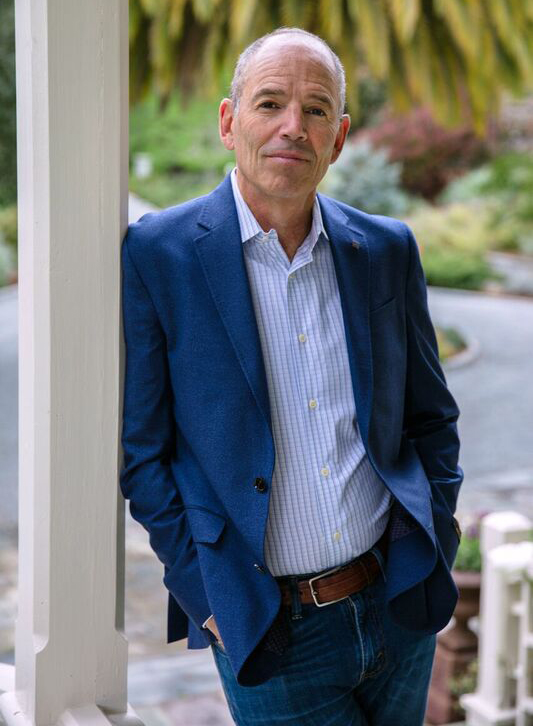 In his life, he is at peace. He finds happiness in mentoring “early-stage entrepreneurs and sitting around the table with them to help solve their problems.” He chooses these companies based not on technology, but on the people. This approach gives Marc an opportunity to be a part of technologies that are new and exciting. One such technology is a robotic dishwasher that eliminates the burdensome (and gross) task of restaurant kitchen workers having to clean the dirty dishes. “It’s the worst job in the kitchen, so, we’re building a robot that automates that job,” he says.

When Marc is not stimulating his intellectual compulsion to solve problems or working or spending time with his family, he is busy “feeding the rat.” The phrase was coined by 20th-century British mountaineer Julian Vincent “Mo” Anthoine. “It’s that feeling of needing to go out and be an adventurer,” Marc explains. “Ever since I was a kid, I’ve been a climber, a skier, a mountain biker, surfer, and kayaker.” Being outdoors and active makes him feel whole. The feeling of being dependent on himself or a small group relaxes him. “That’s my release.”