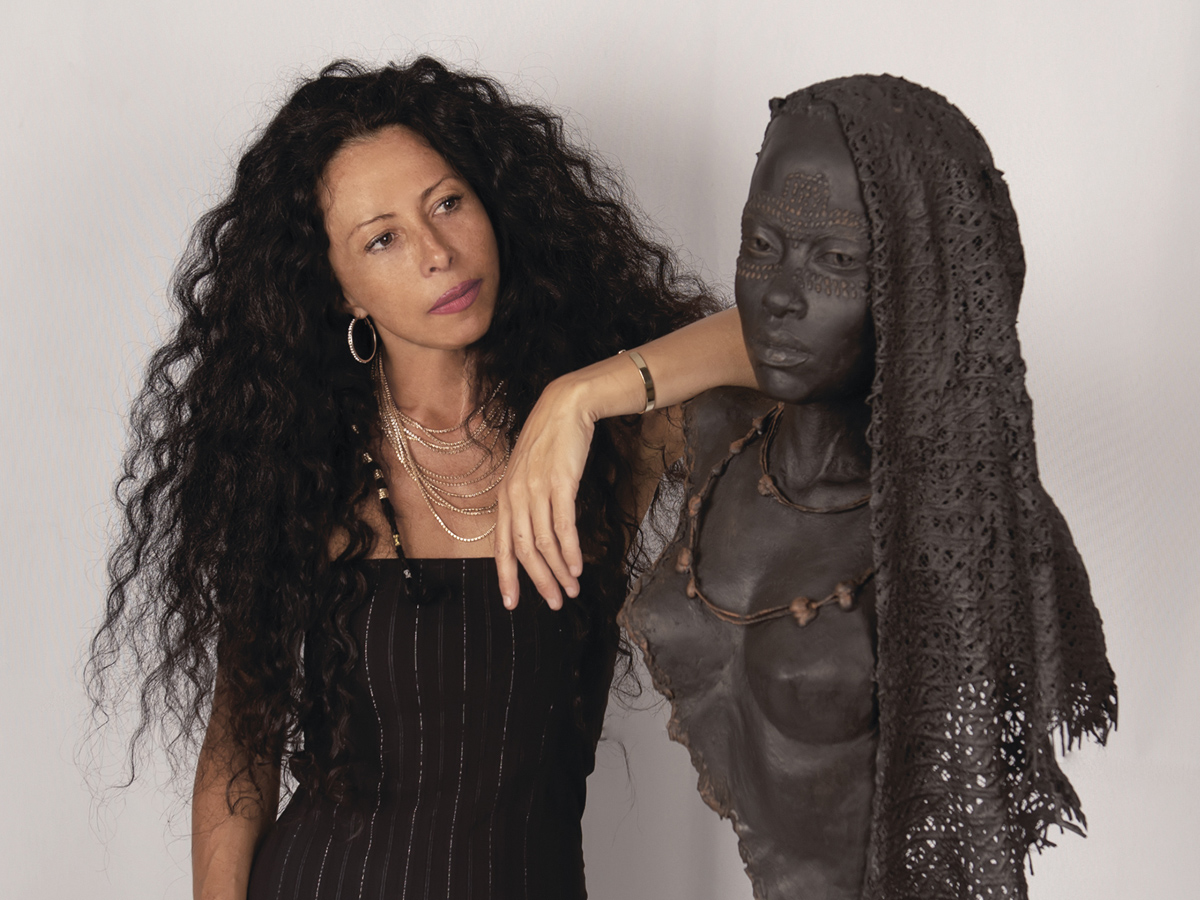 “Keep the past alive.”

Through her sculptures, artist Sandrine Plante retells the story of her ancestors. “My work shows the history of our ancestors and of slavery in particular,” she explains. “I portray the kings and queens of Africa, and the rituals and beliefs.” At the age of 8, she discovered that clay could be used as a medium for artistic expression. Her parents encouraged her to be an artist and through the years, she practiced and has become a respected self-taught artist. After going to university to study art history, Sandrine was an apprentice to sculpturist Jean Chauchard and trained in the studio of the late Gigi Guadagnucci in Massa, Italy. As Sandrine continued to develop her skills, she began to discover her artistic style and voice. She would preserve the aesthetic of realism in her work.  She would use “anatomic drawings” to understand the detail of the human body. Sandrine says she was mostly fascinated by the bones and the “incredible machine of man.”

Sandrine’s devotion to her ancestor’s history is a personal one. She was born in the Puy-de-Dôme department of France in 1974 to a mother from Auvergne, France, and a father from Réunion Island. At the age of 15, after researching about the island and her father’s ancestry, Sandrine discovered she was a descendant of slaves. This would influence her to dedicate her art to the history of slavery from the 15th century to present day.

Her sculptures, born of clay and made of bronze resin, give context to the history of slavery. “They exist to prevent us from forgetting, to inform the young generations, to render homage in the most faithful way. I will not stop uttering this cry, as long as I – as a woman of my time in my country – have the possibility to do so,” Sandrine says. 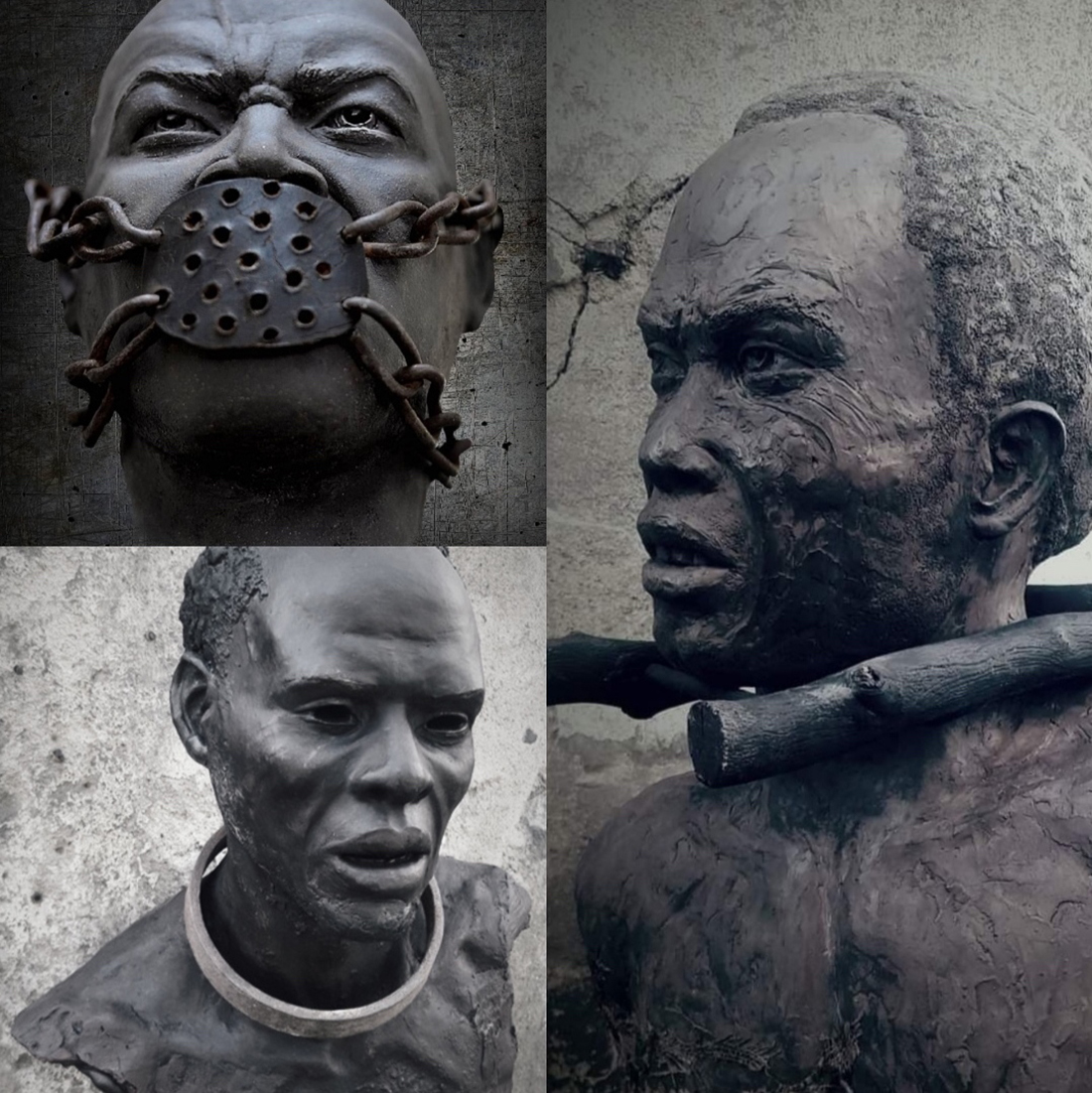 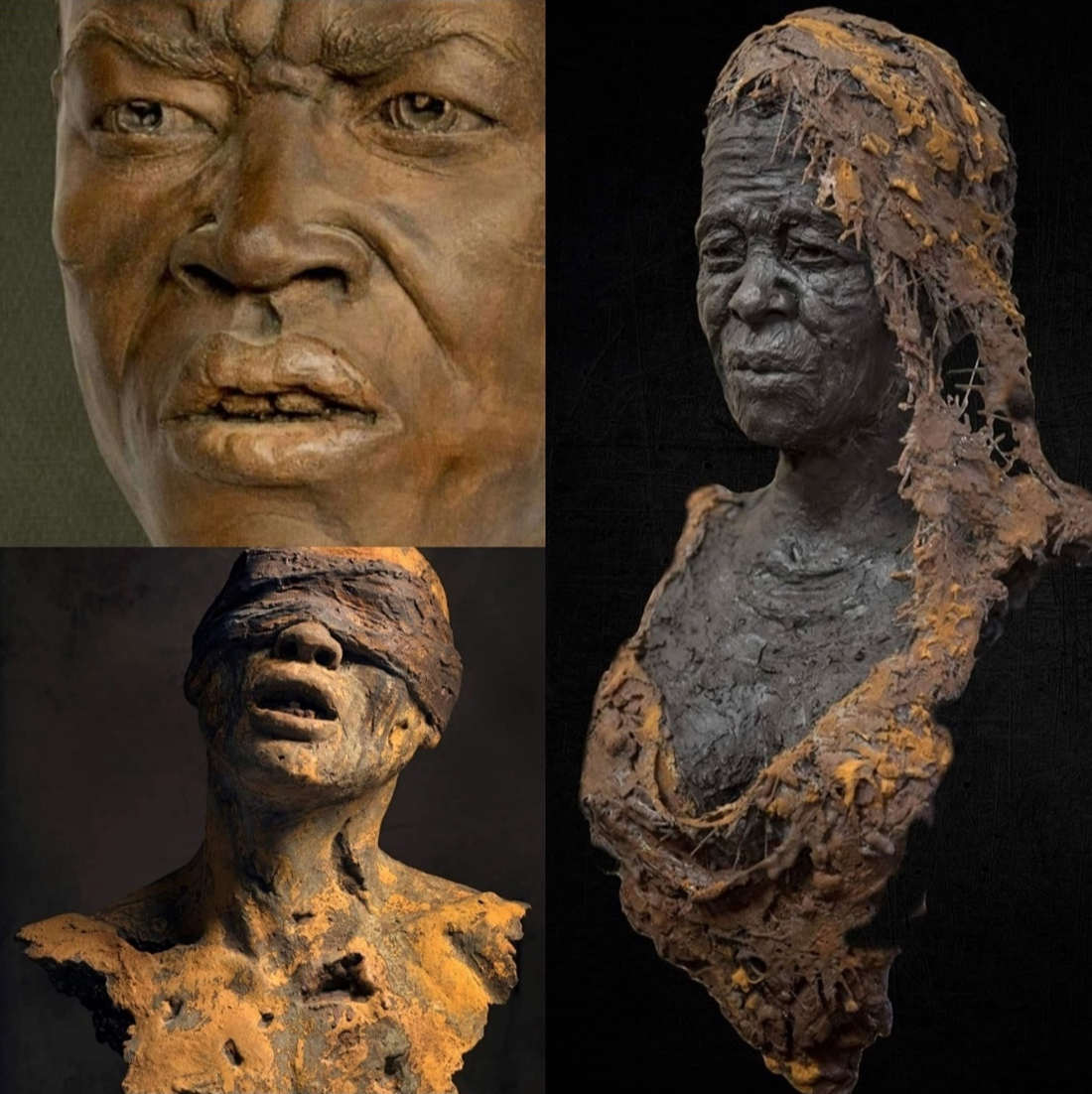 Sandrine’s work has been exhibited in her home country and abroad. She also would like her work to make an impact in the United States. Sandrine will soon have five sculptures placed in the Legacy Museum in Montgomery, Alabama. “There is so much to tell,” she says. “I would like my work to be in museums all over. Museums are places of memory. I want to collaborate with artists committed to humanistic causes—directors, actors, singers, dancers, and stylists. Our story is much bigger than us and the message must be universal.”