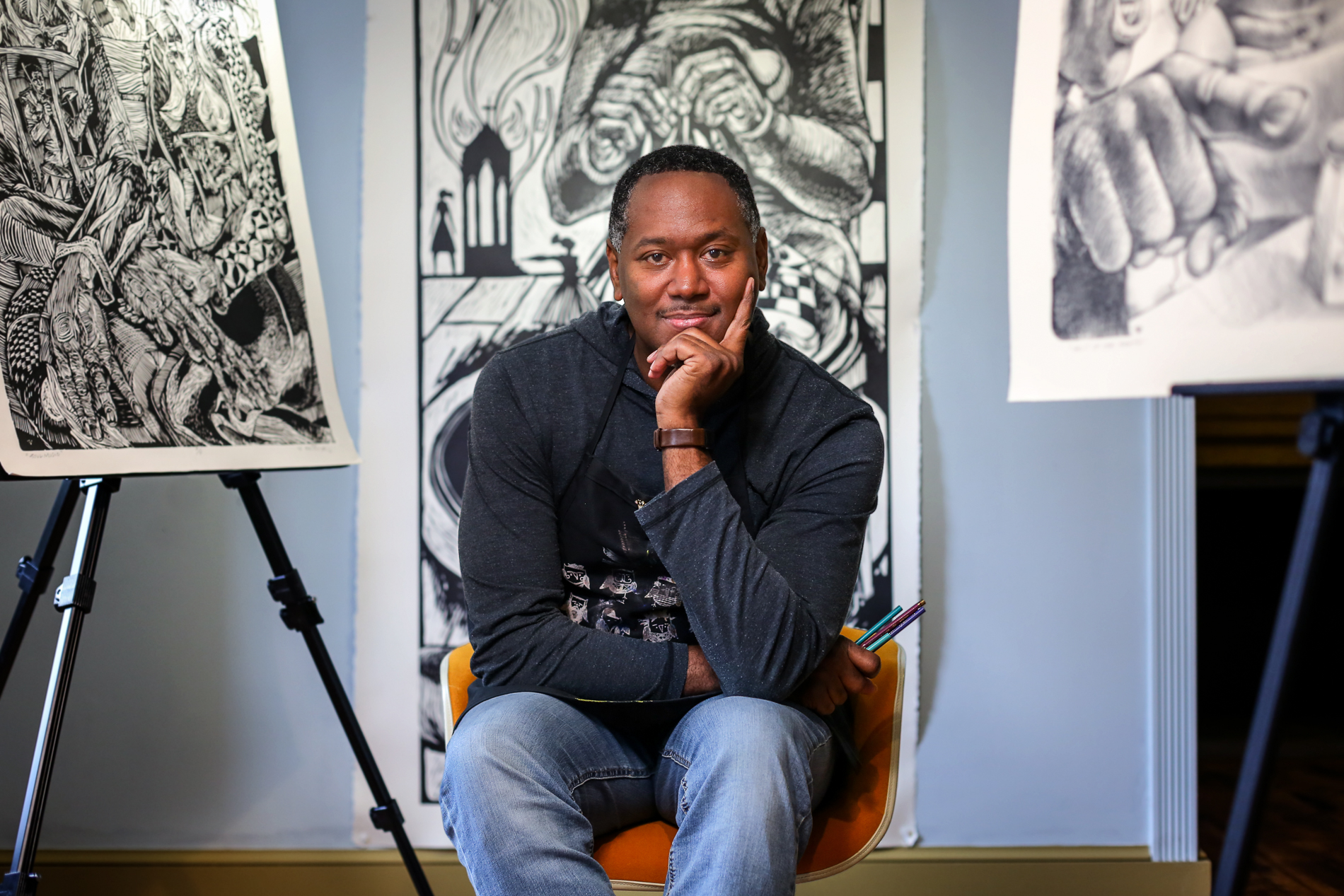 “Great art is honest and true.”

Steve Prince is an artist from New Orleans who studied fine arts and marketing at Xavier University of Louisiana. “My artistic voice and craft are steeped in the rich rue of New Orleans culture and musical traditions,” Steve says. “The kaleidoscopic colors of houses, the Mardi Gras parades, the sound of jazz lingering in the air like a thick fog, and the southern hospitality shaped my aesthetic and philosophy as a black man in America.” Steve is a deliberate and extensive researcher and continues to educate himself on the human condition.

He believes having a strong understanding of drawing and design is important to create at the highest level. “I layer my works with symbolism, metaphors, Biblical references, historical information, and oral traditions that offer my audience multiple narratives to decipher and ponder their agency,” he says. His work is simply not social commentary, it is much more personal. “I believe the artist is society’s truthsayer, and I am attempting to create honest work that hopefully will speak to generations,” he says.

His latest piece, Sow, is a large linoleum cut tribute to his great-grandmother, grandmother, mother, and his oldest sister. The 3’ x 7’ piece shows a woman sewing together a patchwork quilt. Her child is sitting at her feet. The images on the quilt tell the history of a people—Marian Anderson singing on the steps of the Lincoln Memorial, the Little Rock 9, the Loving couple of Virginia, the birth of hip hop, and the “remnants” of Jim Crow. The work is stunning.

“On one of the patches, a woman stands with arms outstretched suggesting ‘to go.’ Under her dress there are many legs” Steve explains. “This is inspired by my great-grandmother. As the story goes, my great-grandmother escaped indentured servitude by walking to freedom with her two children hidden underneath her hoop skirt. One of those children was my grandmother, who birthed my mother, who in turn birthed my sister. Four generations of quilters; improvisational survivors.” A church burns in the background as four spirits ascend. A girl appears to wave her hands outside of the burning church. She survived to tell the story. “The mother is not just simply teaching her daughter how to sew,” Steve explains. “She is teaching her the importance of ‘sowing’ seeds for another generation.” 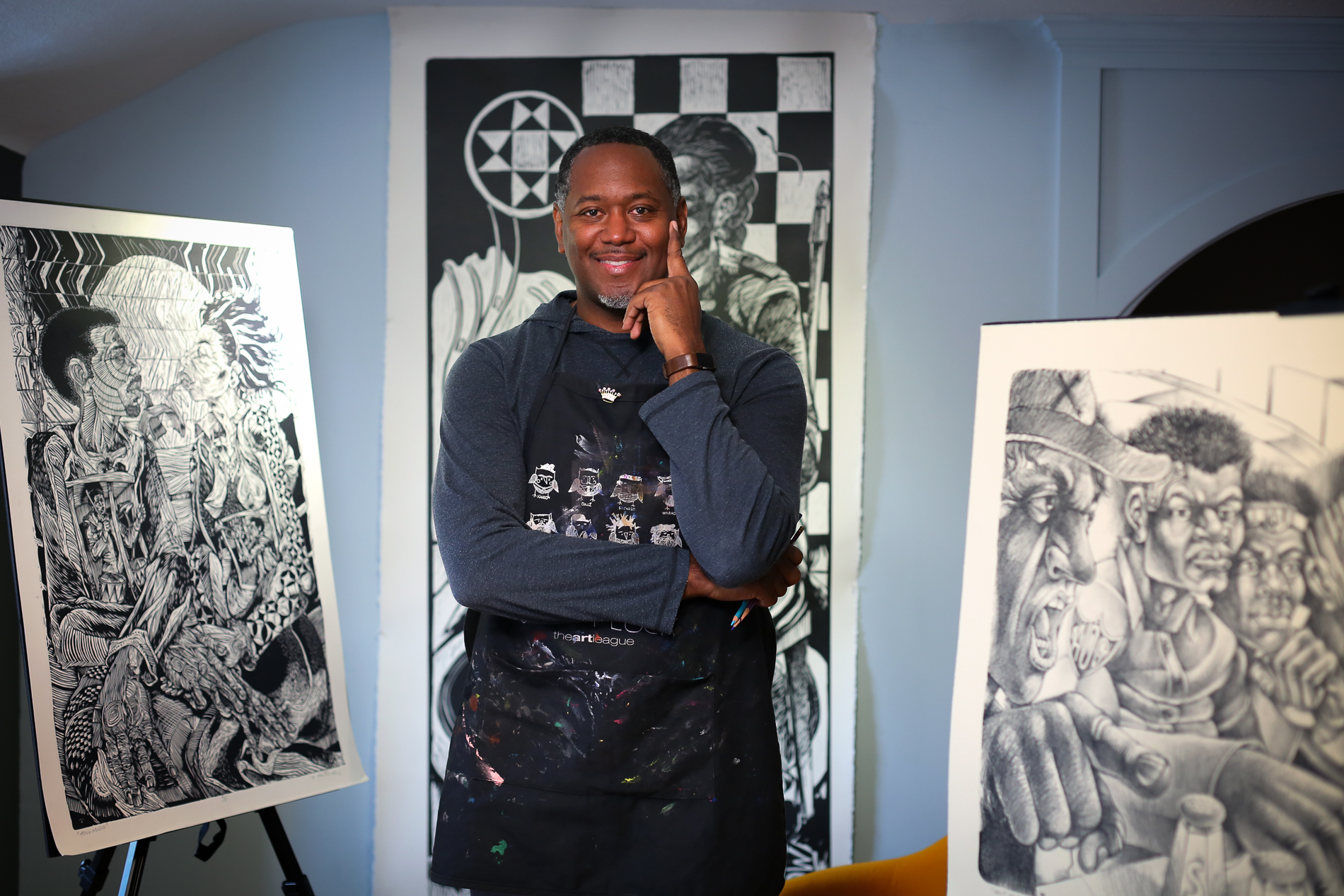 Along with his drawings, Steve is working with the Leah Glenn Dance Theatre on Nine. Nine is a “commemorative multi-media performance” of the nine African-American teenagers that integrated Central High School in Little Rock, Arkansas, in 1957. He hopes the project will begin its tour in the spring of 2021.