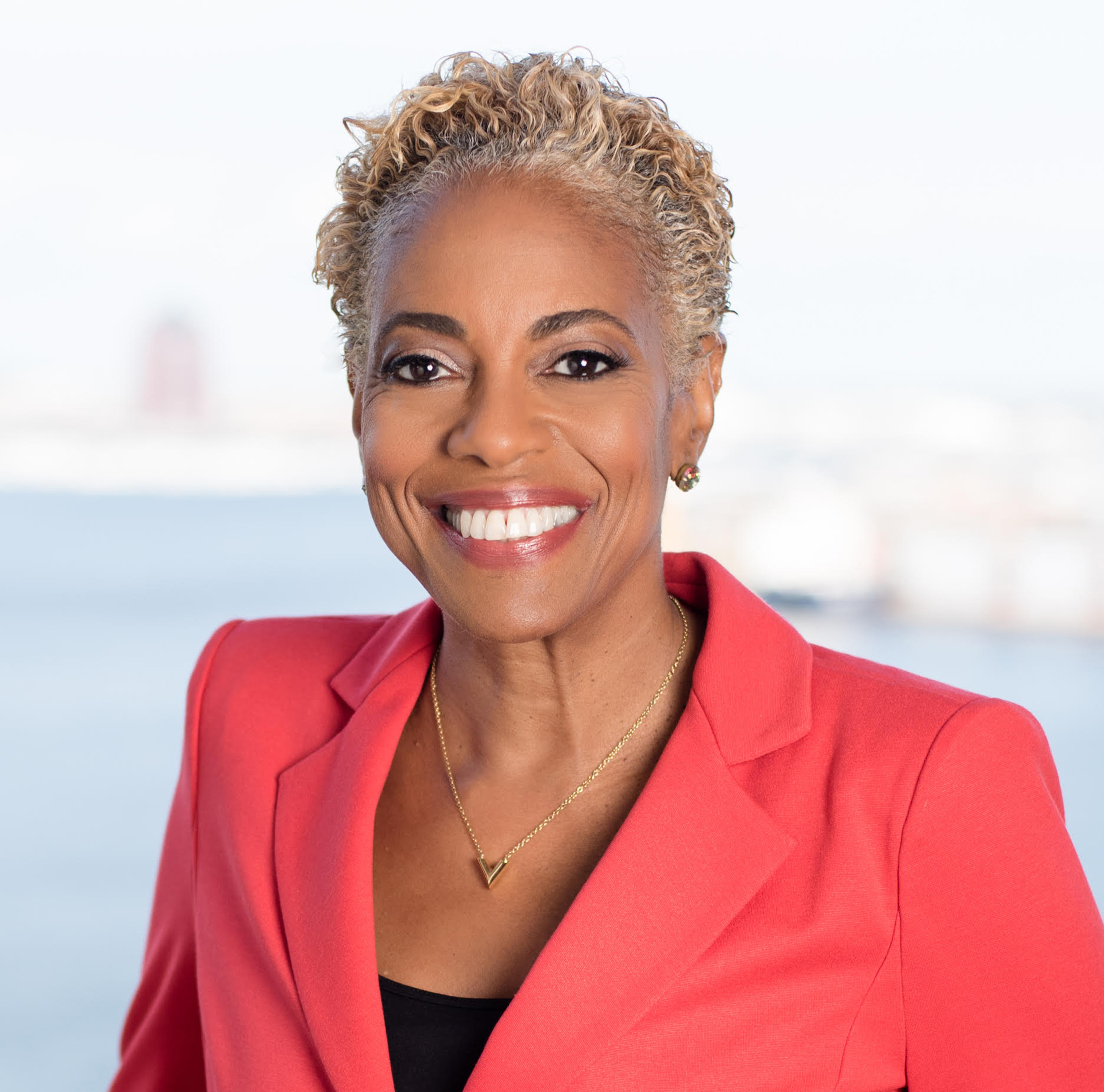 “Your life is a life no one has lived.”

Vernā Myers, the Vice President of Inclusion Strategy at Netflix, grew up on the west side of Baltimore, Maryland, during the wake of Martin Luther King Jr.’s assassination. It was a time of real social upheaval. “Baltimore burned like many other cities during that time, and I believe that instilled some kind of consciousness in me,” Vernā explains. “I hoped to be what King had dreamed. I spent a lot of time in Baltimore until I was 18 and was the beneficiary of so many things that changed after King’s assassination.”

The federal government created Pell Grants and started to allow Black kids to attend schools with better funding and materials and advanced curriculums. They developed enrichment programs and other enhancements designed to give students a chance to succeed. “I got to go to schools outside of my neighborhood and that gave me a certain kind of access and social capital,” she explains. “The new environments gave me an entrée into what was considered the ‘A-course’ of the time.” During high school, Vernā applied to only one college because she didn’t understand how the whole process worked. That school was Barnard College, Columbia University in New York City. She was going to be a writer, but as she began exploring her options (and was discouraged by her English professor who thought she was a B+ student), Vernā pivoted her focus to law. 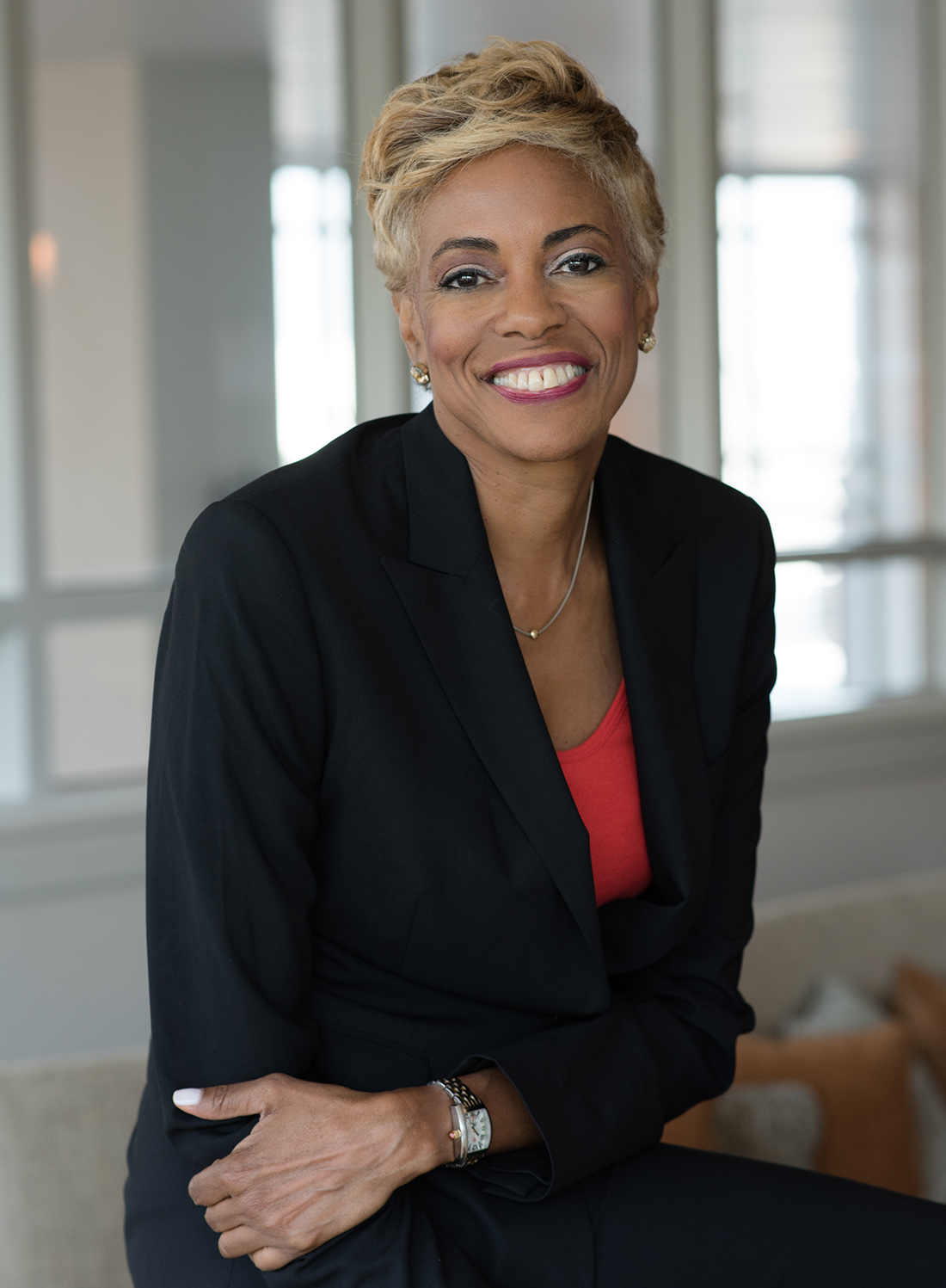 She also wanted to have a skill that would allow her to make the world better and at the same time be financially self-sufficient. In her opinion at the time, it would be hard for a writer to make money. Accordingly, she enrolled in Harvard Law School. “I was going to change the world,” she says. At Columbia, she was exposed to the history of her people. Cornel West was among the great minds to expand Vernā’s worldview. While she was a student, Vernā was the leader of the Black Students Organization at Columbia University. As she learned more about her history, she became a little dismayed that she was not taught this history early on in life. Her parents instilled in her a go-getter mentality but did not talk much about the struggles of overcoming systemic and individual racism and/or sexism. “I guess you don’t want to depress your children, right?” Vernā says.

She mentions how detractors will use programs like affirmative action, which were created to close the gap between minorities and whites, to discredit the hard work, dedication, and sacrifice people of color had to make to have a chance at success. “It catches you a little flat-footed when you realize you’re not just ‘Vernā’ but a ‘category’ to other people,” she continues. “A category that they associate with being a little less capable even though you’ve made it to the same institution. They are not willing to cut you the slack.” As she went through law school, she began to question who the legal system actually benefited. “I got to law school and started recognizing that the law is not how you change things, it’s really how the people in power maintain their power. That was a very difficult lesson for me,” she admits.

“I got to law school and started recognizing that the law is not how you change things, it’s really how the people in power maintain their power.”

But she couldn’t back out now. She was in debt and she needed to make something out of her degree. She landed a job at a predominately white law firm in Boston. She was the only black person there. “It was 1985 and I was breaking the color line,” she comments. Then there was change. In the law sector, there was an awakening for more racial diversity. She was asked to be a representative for her law firm to a committee working on increasing the representation of people of color in law firms. This caught the attention of older black male lawyers who had gone on to start their own practices. They asked her to join them and she did. She was able to do more at the smaller black-owned firm than in the larger white one. “You’re a cog in the wheel at most large firms and you’re kind of learning a skill but for years you are not necessarily getting the whole picture, the opportunity to make major moves or feel any ownership,” she explains. “I also realized I was working so hard just to make wealthy people (mostly white people) wealthier. That’s fine for some folks, but it didn’t seem worth it to me.”

She recalls the small firm experience being very positive. The black partners invested in her success mentored her and gave her lots of opportunities to support black businesses and government initiatives to improve black neighborhoods. She was a mother and they were considerate and flexible with her schedule, but Vernā had a desire to be fully committed to motherhood and “…law is a demanding profession no matter what kind of clients you are serving or with whom you are practicing,” she explains. She quit practicing law and started to look at new possibilities for herself. While taking care of her child, she began to read Composing a Life by Mary Bateson. The book tells the story of how five well-known and successful women got to where they are. “The book gave me the permission to make my own choices because my life is a life no-one has lived,” Vernā says. “Knowing this, gave me so much freedom. That’s what I started to do and that’s what I’ve been doing ever since.”

“You need to make choices that are right for you and be confident in where you are being led.”

In the late 90s, Vernā founded The Vernā Myers Company (TVMC). The company helps organizations with their diversity and inclusion practices. Following her dream of changing the world, Vernā’s diversity and inclusion work drives a global equity agenda. While Vernā believes she has made strides in her business, she will only see her work as complete when inclusion is the norm. “It is not inevitable yet,” she says. “However, there are many people now pushing in the right direction.”

As an author, Vernā finds a sense of accomplishment and success. She released her first book, Moving Diversity Forward: How to Go from Well-Meaning to Well-Doing, in 2012 and What If I Say the Wrong Thing: 25 Habits for Culturally Effective People in 2013. Her Ted Talk, How to Overcome Biases? Walk Boldly Toward Them, has been viewed more than 3 million times. TVMC has also created numerous learning courses. She says it feels good to have created resources out there in the world that can directly help others. Her business and books have rewarded Vernā with financial success, which she has used to help others. She recalls writing a “fat check” to a friend in need last year. It was a moment that felt different for Vernā. “It’s a sign when you know that you can give someone that kind of blessing and not blink,” she says. “It is nice to know that your gift is going to have a substantial impact on someone’s life.” 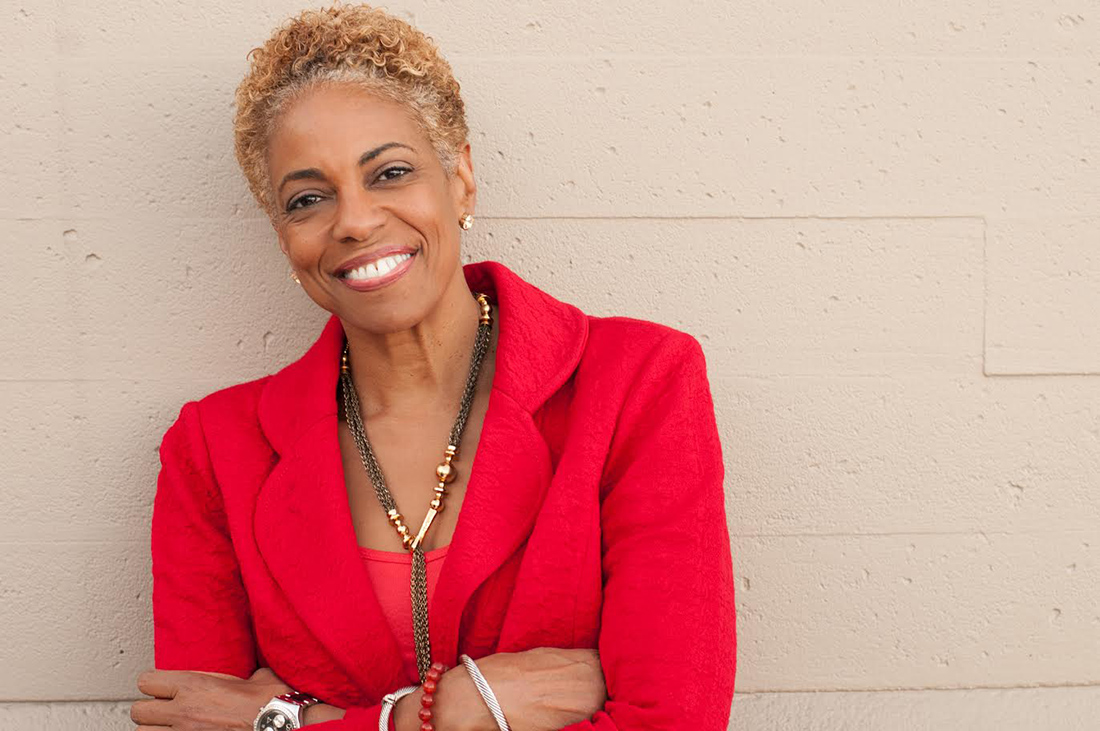 In early January, Netflix released their first-ever inclusion report. It was humbling for Vernā Myers to hear all the positive reactions to what we are doing. “I was like, ‘What if it is true what people say? That my voice is really inspirational,”’ she says. “I am almost always surprised when people say what you said changed my life.” She says within and outside of corporate America, there are still real systemic issues. “We say that you can get a job if you work hard, but we know that just isn’t true when we have substandard schools and underserved and troubled neighborhoods,” she explains. “A person may say, ‘I would love to work there too, but how in the hell am I supposed to get the experience or the understanding, or the education necessary if the opportunity is blocked systemically? Who do I know who can give me access?’ Social capital isn’t everything but it’s a privilege that is not available to all, especially if they are first-generation in certain educational institutions or corporate workplaces.”

In her position at Netflix, Vernā leads a team that makes sure that representation and inclusion are a priority in the entire employee life cycle (hiring, onboarding, development, promotion, compensation, etc.). “The vision of the Inclusion Strategy Team is to equip every employee at Netflix with the consciousness, competence, compassion, and courage needed to be a transformative force for inclusion and equity in all of the spaces that they inhabit,” she explains.

“Social capital isn’t everything but it’s a privilege that is not available to all, especially if they are first-generation in certain educational institutions or corporate workplaces.”

Throughout her life, Vernā has achieved so much. However, it’s the time when she stopped practicing law and felt uncertain about where she was headed that grounds her. “I said to myself, ‘You know if anyone gets to live a life of meaning, it is the people who work hard and make good decisions,” she says. “You need to make choices that are right for you and be confident in where you are being led. Yes, I have meandered a bit; but journeys aren’t always linear. l was always pointing in the direction of MLK’s dream – inclusion, equity, and justice – while having joy, spending time with my child, and getting a chance to experience new things that built on my best self. I am grateful.” While there is still much work to be done, Vernā can say that she lives a great life of meaning. She is always thinking about how to make sure that all she has learned can help others to live their best lives.

Previous Post Benita Adams: Moving on to the Next Step
Next Post Holly Byrd Miller Will Make You Look Your Best