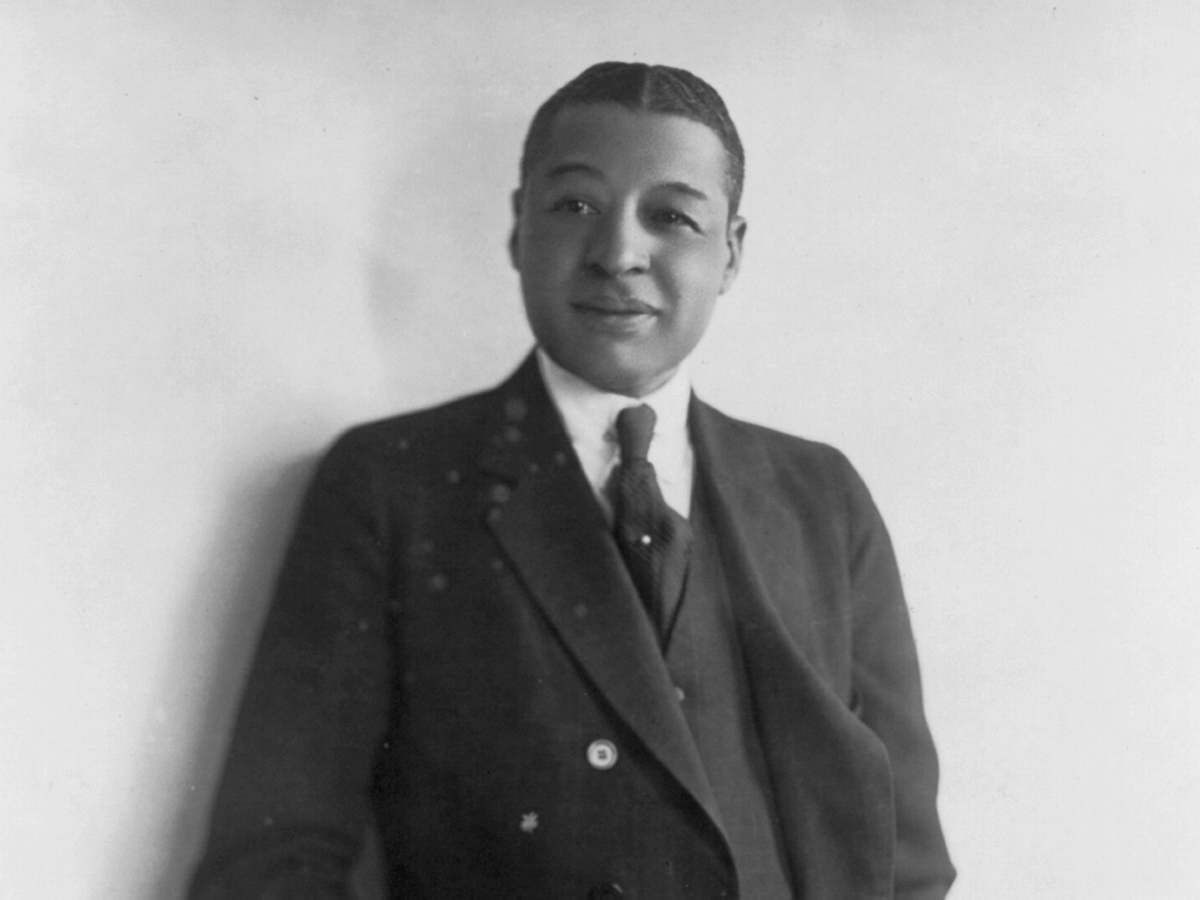 Photo courtesy of the Library of Congress, LC-USZ62-64934

One of the most famous African-American performers and comedians in the 1900s, Bert Williams was Broadway’s first black star. Born in Nassau, Bahamas, in 1874, his family settled in Riverside, California, where he first drew interest in the stage. He eventually joined Martin and Selig’s Mastodon Minstrels and in 1893, met his long-time collaborator George Walker. The Library of Congress calls them “the most successful comedy team of their time.” During these times black performers were forced to use blackface to look more authentic to white audiences. However, Williams and Walker, intentional or not, made parody of white performers parading around in blackface. In 1903, Williams and Walker produced the first full-length musical written and played by black people and the first to be performed at a major Broadway theater. That production was In Dahomey. Due to its wide success, the two men were granted the opportunity to perform for King Edward VII at Buckingham Palace.

Williams was also a popular recording artist. In 1906, Williams recorded the song “Nobody” under Columbia Records. It is his most iconic record. After Walker died in 1909, Williams ventured out on his own and joined the Ziegfeld Follies as the only black member of the troupe. Williams was a brilliant performer who faced prejudice and racism from his white counterparts because they felt he thought he was better than them. He was. He wrote his own material and was just as comedic and brilliant as Charlie Chaplin, whose routines were indebted to black performers like Bert Williams. But due to racism, Bert Williams’ achievements have been underappreciated and virtually unknown to the public. In 1922, Williams died after contracting pneumonia.

In 2014, the Museum of Modern Art showed an unreleased Williams film titled Lime Kiln Club Field Day as part of their 12th annual To Save and Project festival. The black-and-white silent film was created in 1913. For some cultural critics, what was most moving about the film is its portrayal of black people living carefree. At the end of the film, Williams kisses his love interest. In cinema, especially back then, black love is rarely shown. It is a shame that Lime Kiln Club Field Day didn’t get the chance to be seen in front of audiences because it was a glimmer of joy and happiness in a time when racism controlled every aspect of black life. In the midst of pain, Bert reminds us that sometimes we just need to laugh.

“The man with the real sense of humor is the man who can put himself in the spectator’s place and laugh at his own misfortune.”  – Bert Williams