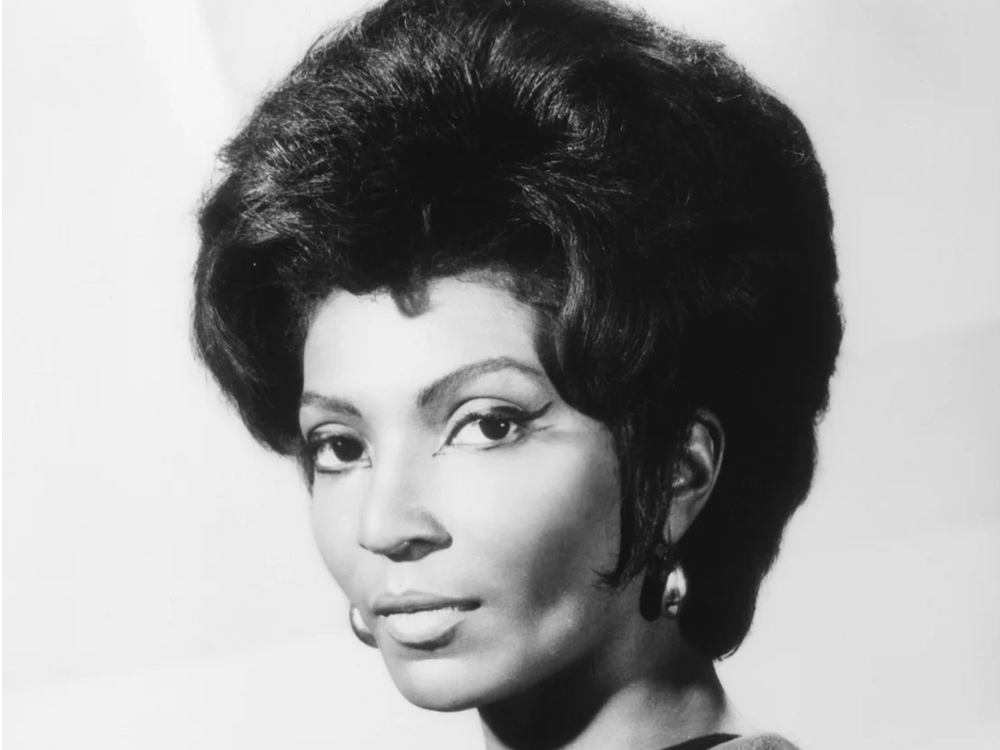 In 1966, Nichelle Nichols became one of the first Black women to appear in a leading role when she was cast as Lieutenant Commander Nyota Uhura in Star Trek. The role was monumental because it was the first time a Black woman wasn’t stereotypically portrayed to play a domestic worker role. She was a communications officer and was fourth in command of the Starship Enterprise. Uhura comes from the Swahili word “uhuro,” which means freedom.

Dr. Martin Luther King Jr. was a fan. When Nichols wanted to leave the show after the first season to follow her musical theater dreams, Dr. King met with her at an NAACP fundraiser in Beverly Hills to tell her the importance of her role. “You cannot,” Nichols recalled Dr. King telling her. “You cannot leave. Do you understand? You have changed the face of television forever. This is not a black role. This is not a female role. It can be filled by a woman of any color, a man of any color. This is a unique role and a unique point in time that breathes the life of what we are marching for: equality…. This is why we are marching. We never thought we’d see this on TV.” Nichols then found the courage to continue on and would reprise her role in all six of the subsequent Star Trek films.

During Star Trek’s third and final season, Uhura shares a kiss with Captain Kirk. This is said to be the first interracial kiss on television. After the original Star Trek series ended, Nichols went on to work as a representative and speaker for NASA after criticizing the organization for not reaching out to minorities and women. Under her counsel, NASA recruited Guy Bluford, the first Black American in space, and Sally Ride, the first American woman in space, among others. Nichols passed away on July 30, 2022,  at the age of 89. She reminded us of how representation in media can be more than symbolic.

“Star Trek represented, and still does represent, the future we can have, a future that is beyond the petty squabbles we are dealing with here on Earth, now as much as ever, and we are able to devote ourselves to the betterment of all humankind by doing what we do so well: explore. This kind of a future isn’t impossible – and we need to all rethink our priorities to really bring that vision to life.” – Nichelle Nichols