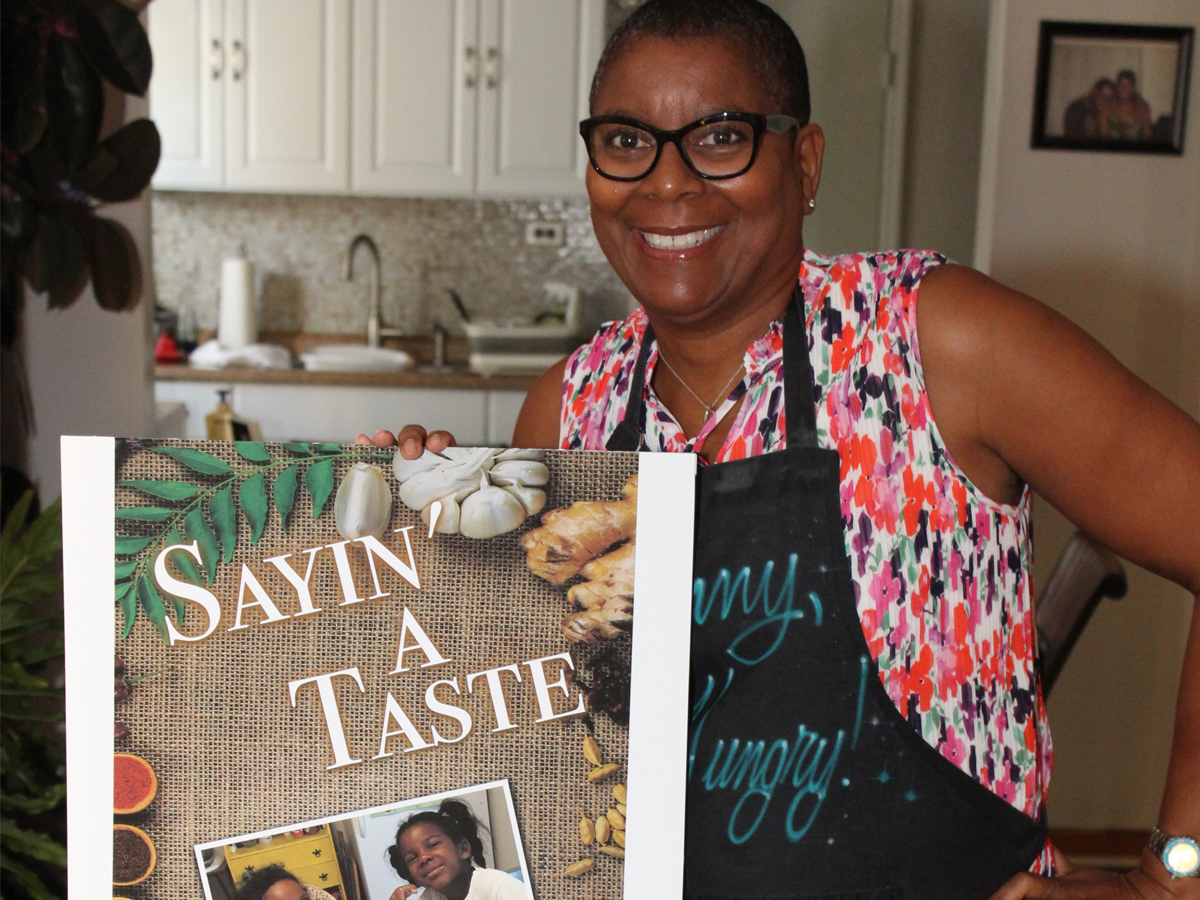 “Cook with those you love.”

She started working on the cookbook in November 2017. The book, titled Sayin’ A Taste, will be out this month. “It was a long journey because I was a novelist and had no idea what I was doing when it came to writing a cookbook,” she says. It was a challenge for sure. What’s more, Brenda was making all of the recipes from scratch. She had to figure out the ingredients. In other instances, she experimented and had to trust where the tastes were taking her. 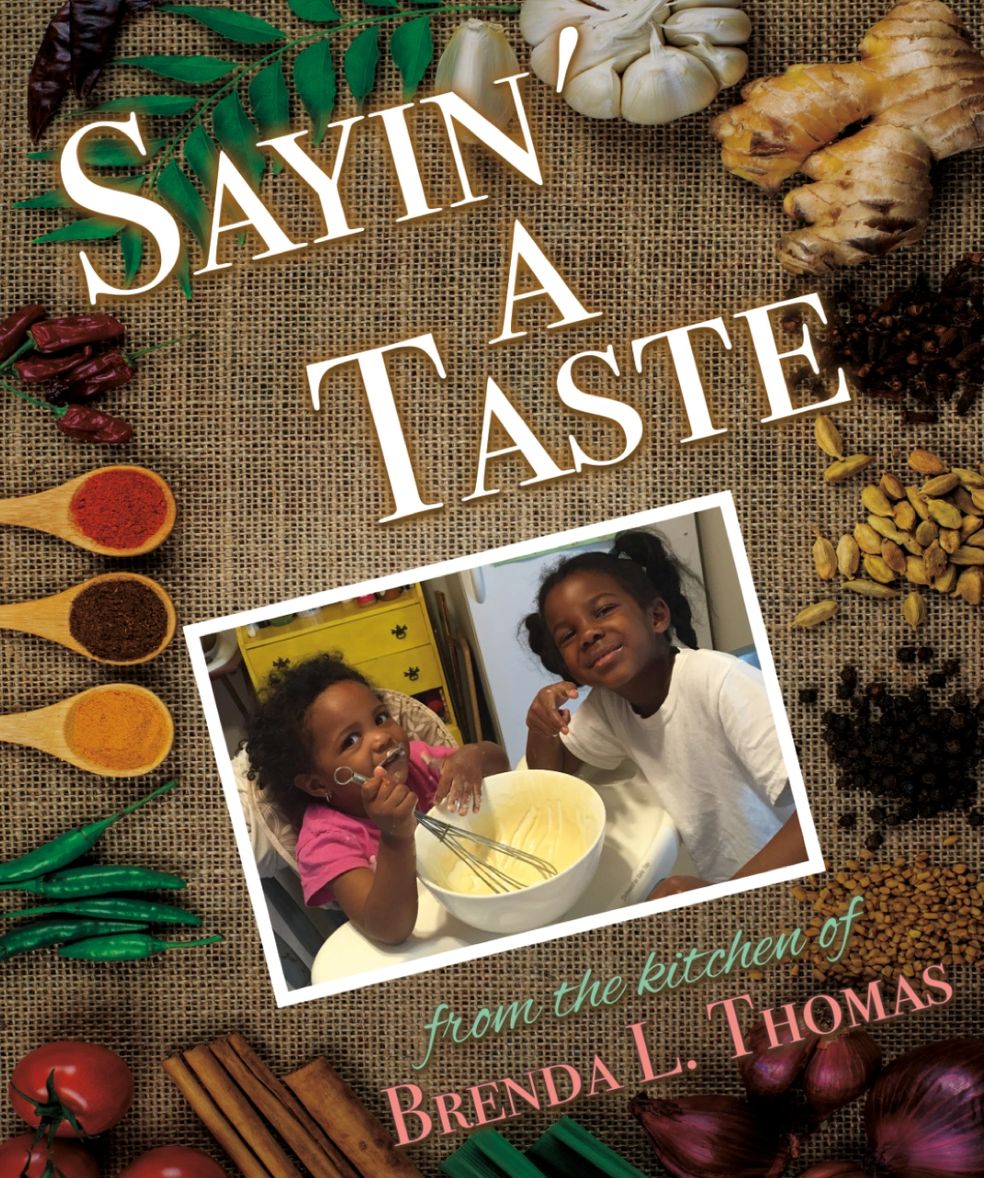 She hopes that many will purchase the cookbook and she wants them to provide feedback on the recipes. “I tell people on the last page of the book to please email me about how these recipes worked for them.” As Brenda began to create her cookbook, she found the process similar to writing a novel. “I allowed the ingredients to act as my characters and the directions, my plot,” she says. “The elements culminated in a titillating dance on my taste buds and an orgasmic climax deep in my belly, making it a sublime gastronomic journey to be experienced either alone or with those you love. I chose those I love.”

Reflecting on Michael’s wish, Brenda believes he would be proud of what she has accomplished. “I vowed at his homegoing that I would write this cookbook. Every time I felt like giving up, it was Michael’s voice in my head that kept me going.”