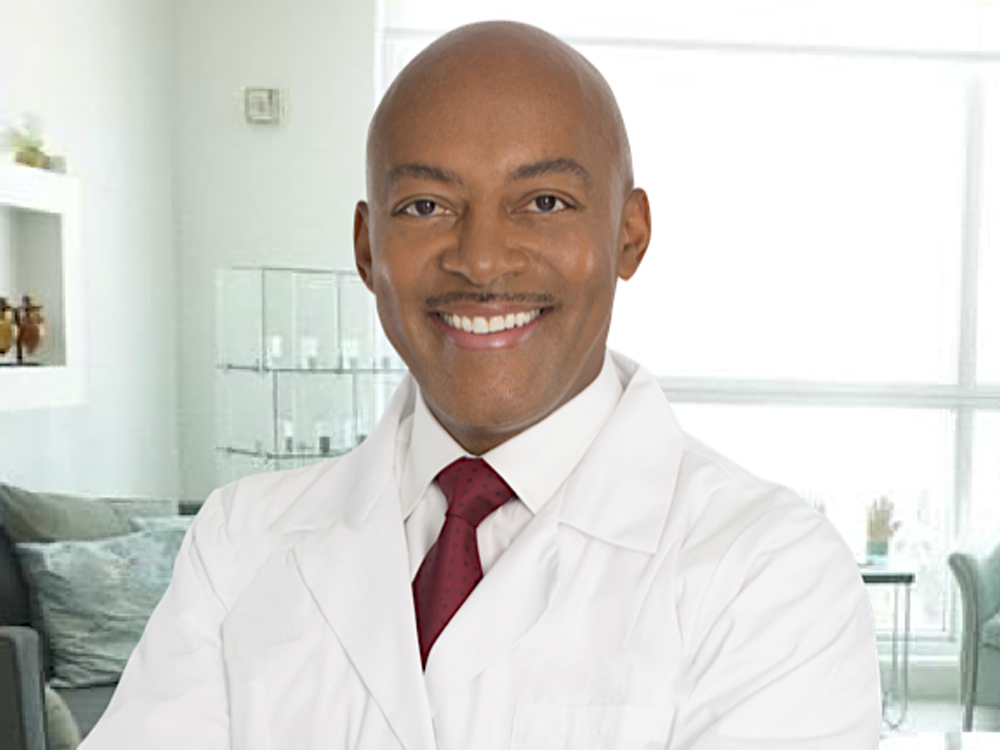 “Keep your eyes on the prize, but do it for the right reasons.”

Dr. Michael Jones grew up in the suburb of Ashton, Maryland, where his family was the only Black family in a neighborhood of seventeen homes. As a teenager, Michael found diversity at Saint John’s College High School, a private Catholic school in Washington, DC. He remembers this time in his life as bittersweet. On the one hand, he was experiencing the wonders of adolescence in a big city. But on the other hand, there was rural farmland and simmering racial tensions. However, Dr. Michael Jones appreciates having both world experiences.

His father was a manager and executive for IBM. In the summers, Michael accompanied his father to work and learned the ins and outs of the business. “Those summers with my dad made me want to be an entrepreneurial and business-minded person,” Michael says. However, his true passion lay in medicine. He set his eyes on becoming a veterinarian, but he didn’t know anyone in his immediate family who was a doctor. “My only experience seeing doctors was when I went to the pediatrician or the dentist, but they were all white,” he recalls. “They didn’t take much interest in me or what I was doing in life.” But things changed when Michael had an appointment with a Black dermatologist. After learning Michael was interested in the medical field, the dermatologist invited Michael back to his office to show him around. “That was it for me,” Michael says. “I knew right then and there I wanted to care for people and as a Black man, I knew I could do that.” 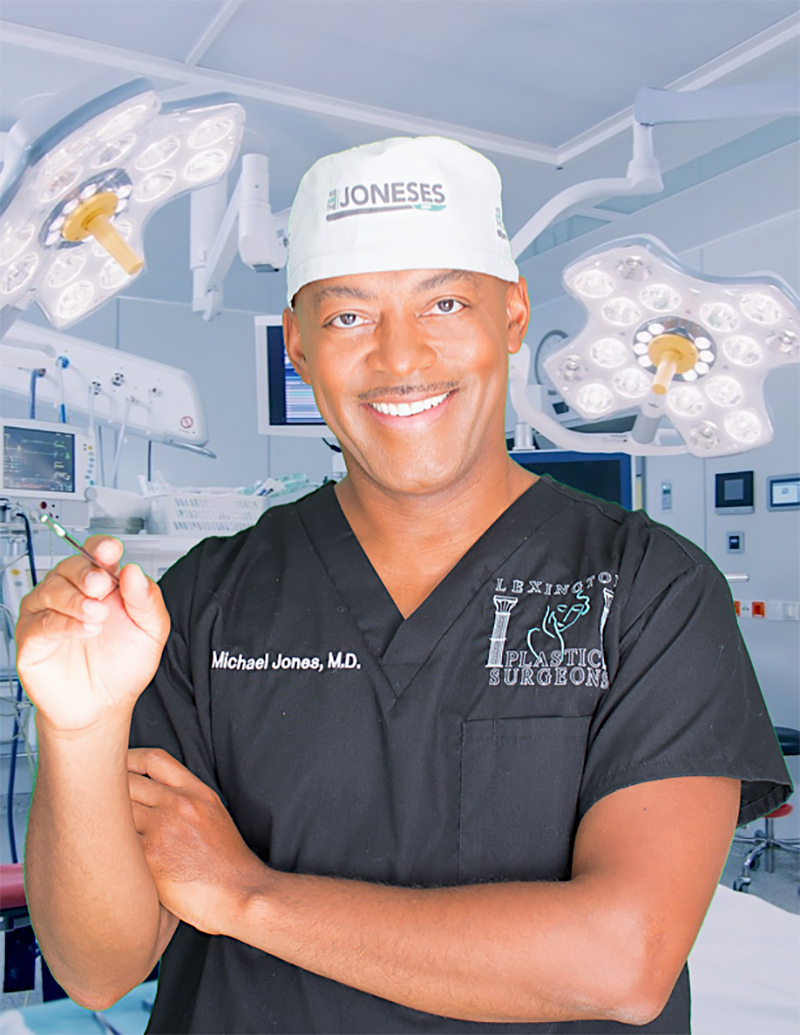 After Michael graduated from Columbia University Vagelos College of Physicians and Surgeons and finished his residency, he worked as a surgical oncologist. Michael found the work difficult as he grew attached to his patients. He would spend hours with them, taking out tumors and putting them back together just to lose them later to a stubborn or recurring cancer. “I knew I had to pivot,” he says. “I had to do something more in line with my personality. I wanted to grow old with my patients. I wanted to know that I could give myself to them and make them happy to come back and see me again.” Hence, his pivot to plastic surgery. Michael believes he has found success doing what is best for his patients.

Michael is the owner of Lexington Plastic Surgeons, a plastic surgery practice with locations in New York City, New Jersey, Atlanta, Miami, Houston, Los Angeles, and Washington, DC. Expanding his business has come with its challenges. Specifically, the disparity between Black and white businesses’ access to capital often creates a problem for minority-owned enterprises. This issue has stifled Black businesses for decades. “The expansions didn’t result from going to the bank,” Michael explains. “Every office opened because we saved enough money to open it. That is not the typical way white businesses grow. They will go to a bank or a private equity firm and boom! You will all of a sudden see their footprint expand. Unfortunately, that was not going to work for this business.”

“My only experience seeing doctors was when I went to the pediatrician or the dentist, but they were all white.”

Michael’s first business was a laundromat in Washington, DC. He was still a student at Columbia and no one believed he could get a loan. He went to what may have been thirty different banks before one gave him a chance after he promised he would get his parents to cosign. “From then on, I learned how valuable it was to have good credit and how hard it was going to be to get access to capital,” Michael says. As Michael moves through life, he is careful to appreciate what he has. “I feel at any moment all of this could be taken away from me,” he explains. “It doesn’t seem real that I can do what I do for so many people.”

Outside of Lexington Plastic Surgeons, Michael’s new project centers around digitizing plastic and non-surgical treatments. “It came to light during COVID when home delivery became popular,” he says. Michael believes customers should have the choice and freedom to access these services at their convenience. 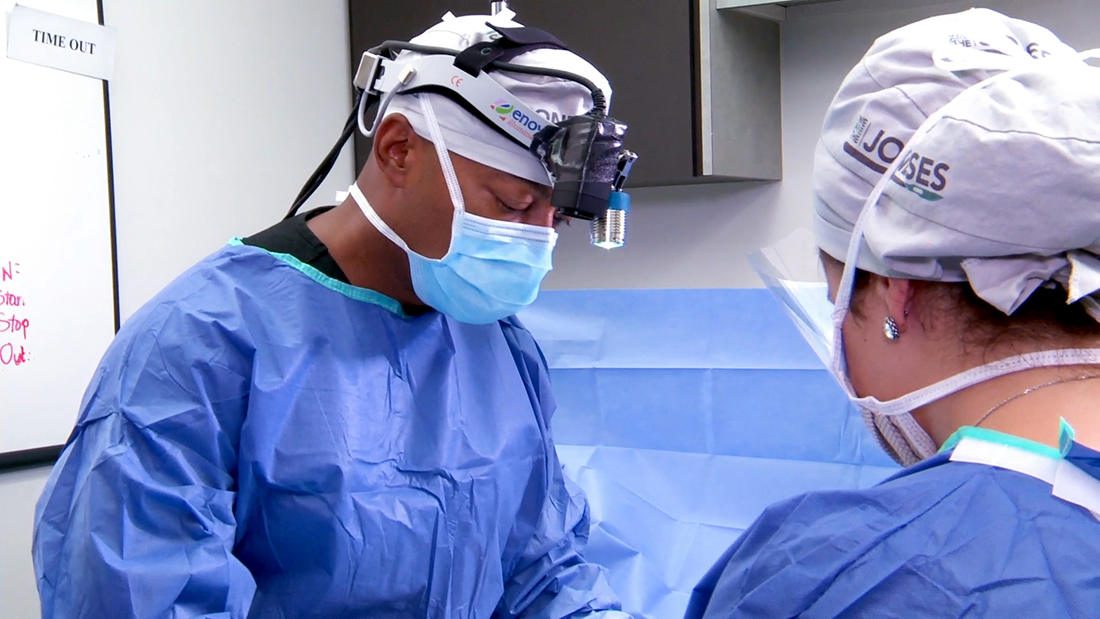 Michael is quick to shut down any rumor that says all doctors have a successful life full of riches and luxury. “Doctor’s don’t make a whole lot of money these days,” he admits. He says this because of the amount of money spent on medical school, the number of hours doctors have to put in caring for their patients, and the unequal revenue share between private practitioners, hospitals, and insurance companies. He instead advises those who would like to go through medical school to do so for the sake of altruism. “Do it because you enjoy caring for patients and making people happy,” Michael says.

“Every office opened because we saved enough money to open it.”

Michael remembers his time as a pre-med student at Columbia University and the difficulty he had in his first biology class. He was forced to drop the class in the middle of the semester. “It was like learning a new language,” he explains. “If you hadn’t taken Latin, which I did take in high school, you wouldn’t have known the letters or the words.” Once Michael tapped into what he already knew, he ended up taking the class again and he did well. “You are going to have failures and you have to learn from your mistakes.  Don’t give up,” he says. “Keep your eyes on the prize, but do it for the right reasons.” He emphasizes again: “Don’t do it for the money.“

Dr. Jones was relaxing in the backyard of his vacation home in Puerto Rico staring at the ocean during our interview.  It’s his place to recalibrate and chill. “When I think of energy, I think I am a fire sign,” he reflects. “I have a lot of heat. I have a lot of passion. So I spend a lot of time trying to calm that chi down.” Michael enjoys his yoga and takes time to play his trumpet. He loves to create jingles for his practice and his wife’s business.

“Two of the most important things in my life are my marriage and fatherhood.”

While in college, Michael opened a restaurant and jazz club where he once got on stage and played the trumpet with his idol Wynton Marsalis. Michael also played jazz clubs in DC and New York City to pay for college and medical school. As he has achieved his dream of expanding his practice, he still calls back to those days as a trumpeter. “Who knows, maybe that is the next chapter of my life: picking up my horn again and playing for a live audience,” he says. 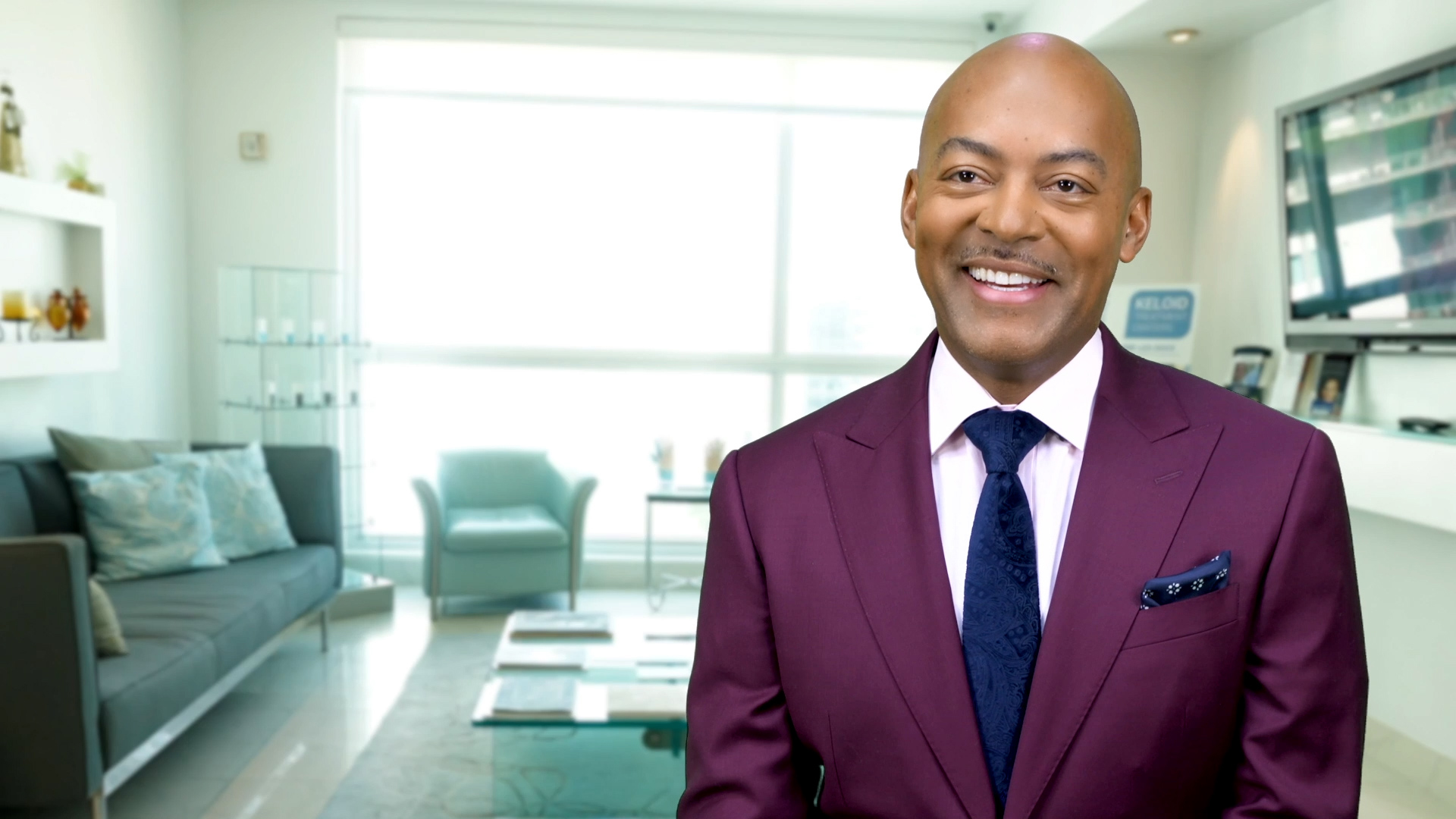 Michael is truly happy with his life. He has a purpose that is beyond him. “Two of the most important things in my life are my marriage and fatherhood,” Michael says. “They give me the most sense of humility and stability. I believe I am grooming a legacy. After we are done, what we leave behind as a legacy is all that will exist.”