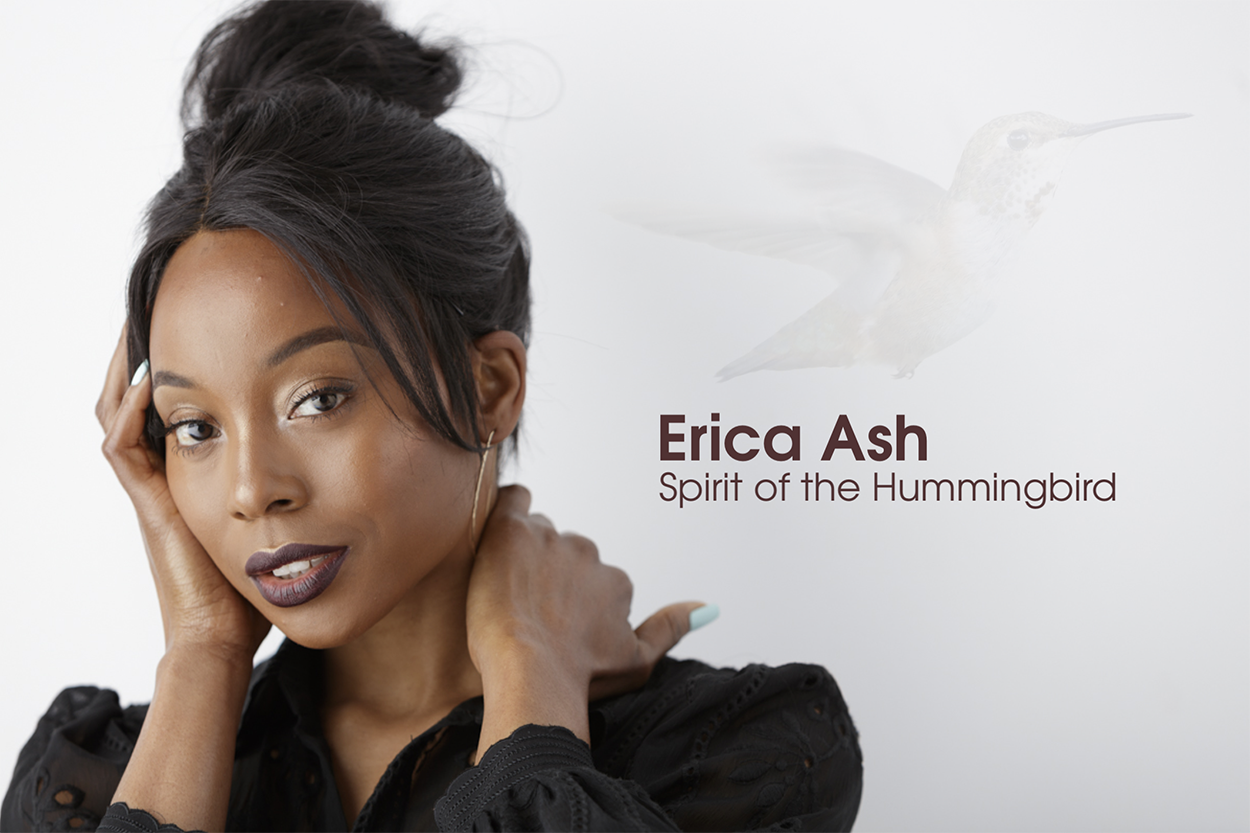 Every day, two hummingbirds dance around Erica Ash’s warm home. Her home office is bookended by two windows that respectively face both the front and back of her home. Erica looks out of her front window and sees one of the hummingbirds feeding off her banana tree. The other eagerly flutters at her back window—a glorious dance. Like these two hummingbirds, Erica isn’t occupied with the superficial aspects of life. She keeps moving forward, enjoying the blessings and simplicity God has given her the privilege to enjoy.

As an army brat, Erica traveled around the world. It was enough to make her think so much travel was a normal experience for everyone. Her perspective changed when her father settled out of the military into civilian life. Erica met people who hadn’t left their hometown nor the country since the day they were born. “I realized how special my childhood was, just being able to travel and take trips to different countries.” Because of travel, friendships were always a challenge. “Having moved every three years, maintaining friendships always seemed difficult. When my family got out of the military and I was able to interact with children who had basically lived in the same town their whole lives, I began to observe bonds and friendships that began for others as early as kindergarten. Even so, the grass always appears a little bit greener to a child. I really wouldn’t trade my traveling childhood-years for anything.” 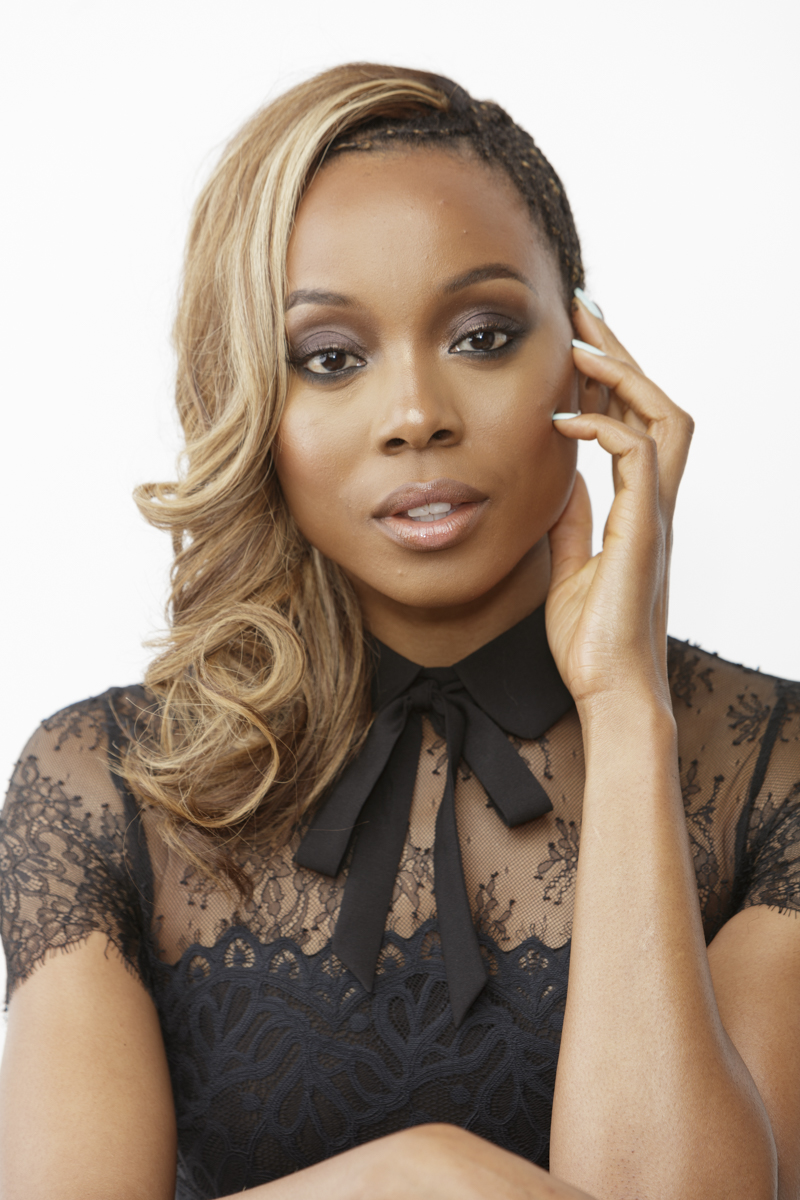 “Do your best, let God do the rest,” is the motto Erica came up with on the spot during our interview. It perfectly explains Erica’s approach to life and her career. As she explains, too many people try to “push, press, and stress” for moments and experiences they think should happen. No matter how much you push and pull, what ends up happening, happens. She makes sure to point out, you should always work hard and try. But there is a point where one has to let go and let faith do the rest.

“The grass always appears a little bit greener to a child. I really wouldn’t trade my traveling childhood-years for anything.”

Being too serious takes the fun out of the spontaneous nature of life. Therefore, Erica doesn’t take herself too seriously. She thinks you should let your ego go because there is always someone who has done more or has more. “As soon as you think you’ve made it, you realize there is more to reach, more to do like, ‘oh I just got into this country club but there are tiers in this country club and I’m just on the bottom tier. Or when you get your luxury car, you realize ‘oh my gosh, I’m just in the luxury car world. This isn’t the best luxury car. I don’t have a driver.’ You shouldn’t take yourself too seriously and you should learn to enjoy what you have at the moment.”

Even with all of her success, Erica still doesn’t believe she has made it. She doesn’t feel like “making it” is even a real thing. “I don’t think you ever really make it because it’s never about ‘making it.’ It’s about enjoying the lessons of the journey towards the goal. Realizing there is not an ‘it,’ could be seen as making it,” she says. “Getting on TV was a huge deal for me but if you blinked, you missed me. So, I needed to get on TV for longer. I then became a series regular but I still wasn’t number one. Then I become number one and I thought, ‘oh yeah, I made it.’ Only to realize the network isn’t doing so great. So, then I had to get on a better network. And on it goes. You can always make it and realize there is more. I’m still “making it” but I’m enjoying the journey. I always want to be in this space because I think once you stop learning and growing, you die. I’m not ready to die.” 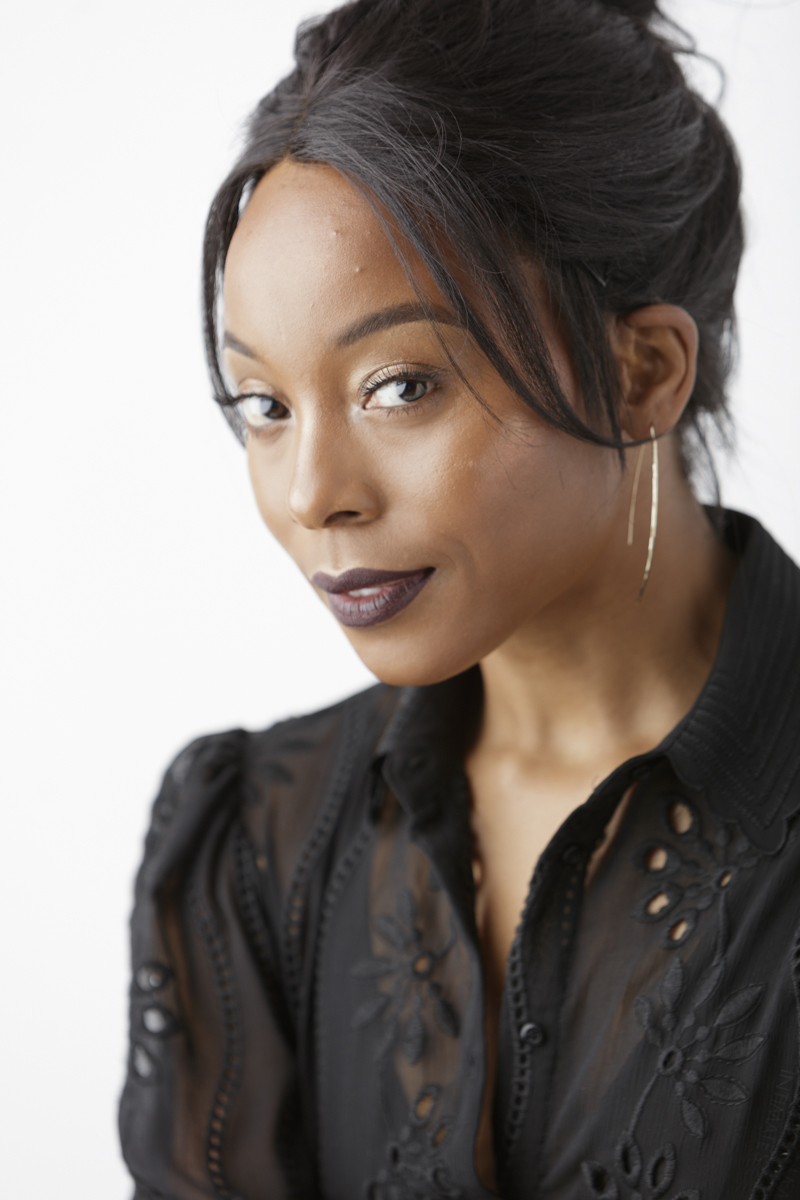 For many actors, the fear of being typecast is real. While Erica embraces her comedy stage-roots and the “comedian mold,” she takes on dramatic roles too. “I don’t want to fully step out of the mold of being a comedian because that will always be my default. Comedy is something I will always fall back into and something I quite enjoy.” As Erica explains it, when you do great in a specific type of role, people will typecast you. They think it is how you will make the most money. However, Erica has embraced the power of diversity. She started to turn down roles she felt were too similar. “If serious actors want to avoid being typecast then they may have to sacrifice a few paychecks until a role that explores their range of talents comes into the picture,” she says. This has paid off for Erica in the end. “I feel like allowing myself to turn roles down and wait for different roles has allowed me to be less typecast.”

When asked if there were any actors she would like to work with, Erica’s voice heightens with excitement. “I would really love to work with Jeffrey Wright. I think Jeffrey Wright is not only one of the most brilliant actors out there, but one of the most underappreciated and unsung,” she says. “He takes his craft very seriously. His focus and his commitment are just beautiful to watch. I could watch him rake leaves and be impressed,” she laughs. “The first time I actually saw him was in the film, Lackawanna Blues. It was a small scene but was enough to make me wonder about this person because he was so focused and so committed to his character. I really appreciated that.”

“I don’t want to fully step out of the mold of being a comedian because that will always be my default.”

To the many young actors and actresses trying to make it in the industry, Erica suggests to “show up, but stop driving.” “I think a lot of young actors and actresses have in their heads exactly how their career should unfold, how things should be, and what roles they should get. ‘I’m gonna get this role and meet this person and then I’m going to be successful.’ They have it all planned out in their heads and when one little thing doesn’t work out, they get discouraged and quit. They just assume it’s never going to work out,” she explains. “You never know what the path is going to be, how you get in where you’re supposed to be, or exactly when it’s going to happen. Definitely show up to every opportunity that comes your way, that’s obviously reasonable and doesn’t compromise your integrity. However, don’t try to be like other actors. Don’t try to pattern your career after other actors. Don’t try to control so much. Show up, be your best and simply do your best.” 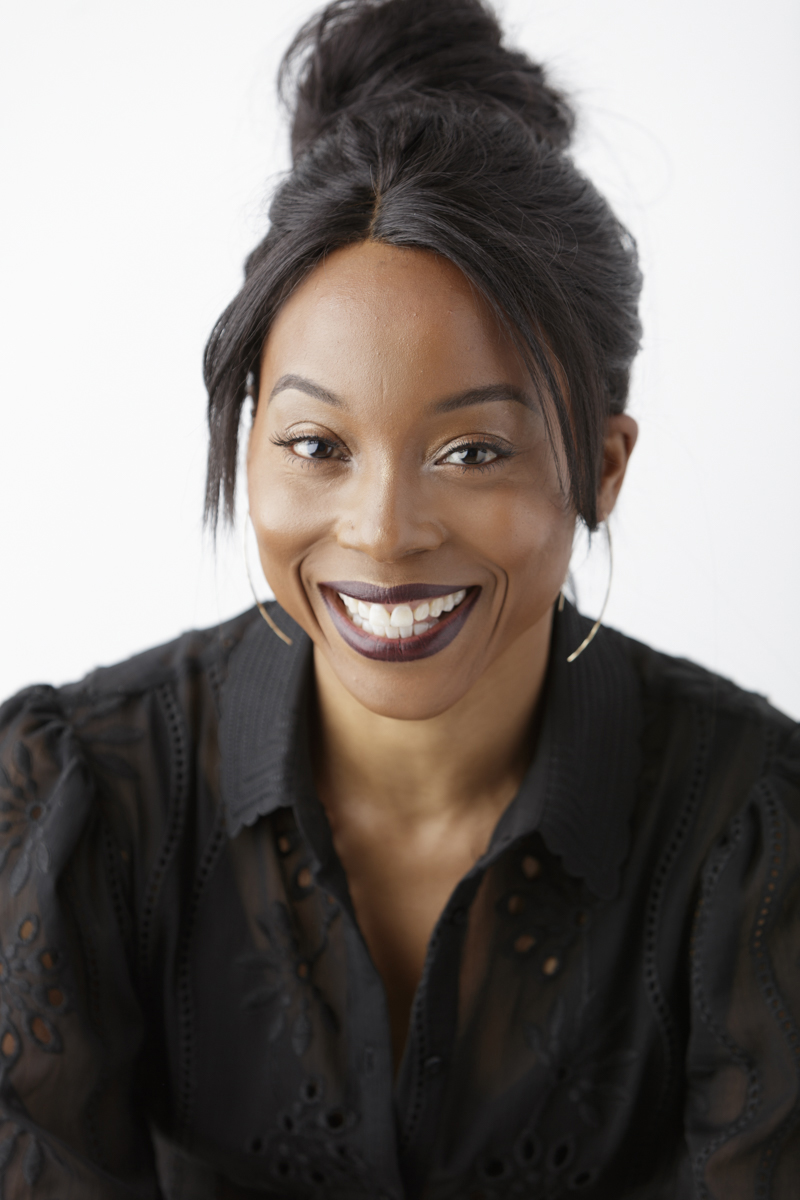 When Erica isn’t out working on set, she’s traveling the globe. “I love to travel. My favorite places usually have a beach where I can lay out and have a nap or some beautiful nature scene where I can take a nice walk. When I travel I’m not tempted to be on my phone. When I leave the country, somehow it triggers in my mind, I’m leaving it all behind. I can fully commit to relaxing,” she explains. Along with traveling, nature and massages keep her grounded and calm. “I love being outside in nature even if it’s just being at my house and walking around my neighborhood or chilling in my robe in my living room or office, looking out at my trees,” she says. “It’s calming. Getting massages and getting my hair done and having someone touch my scalp calms and soothes me. I love a soothing touch.”

“I feel like my greatest achievements are the lessons I’m learning about myself and how I’m growing and changed spiritually.”

Erica Ash has plenty of projects in the pipeline and a few she’s currently starring in. She plays Veronica Greasley in Legacies on the CW and will star in Family Reunion on Netflix. She just finished the feature-length film, Singleholic. The film, which she executive produced (EP) and also stars in, was shot in Africa and will be screening at the Martha’s Vineyard Film Festival this year. This is her first film as an EP.