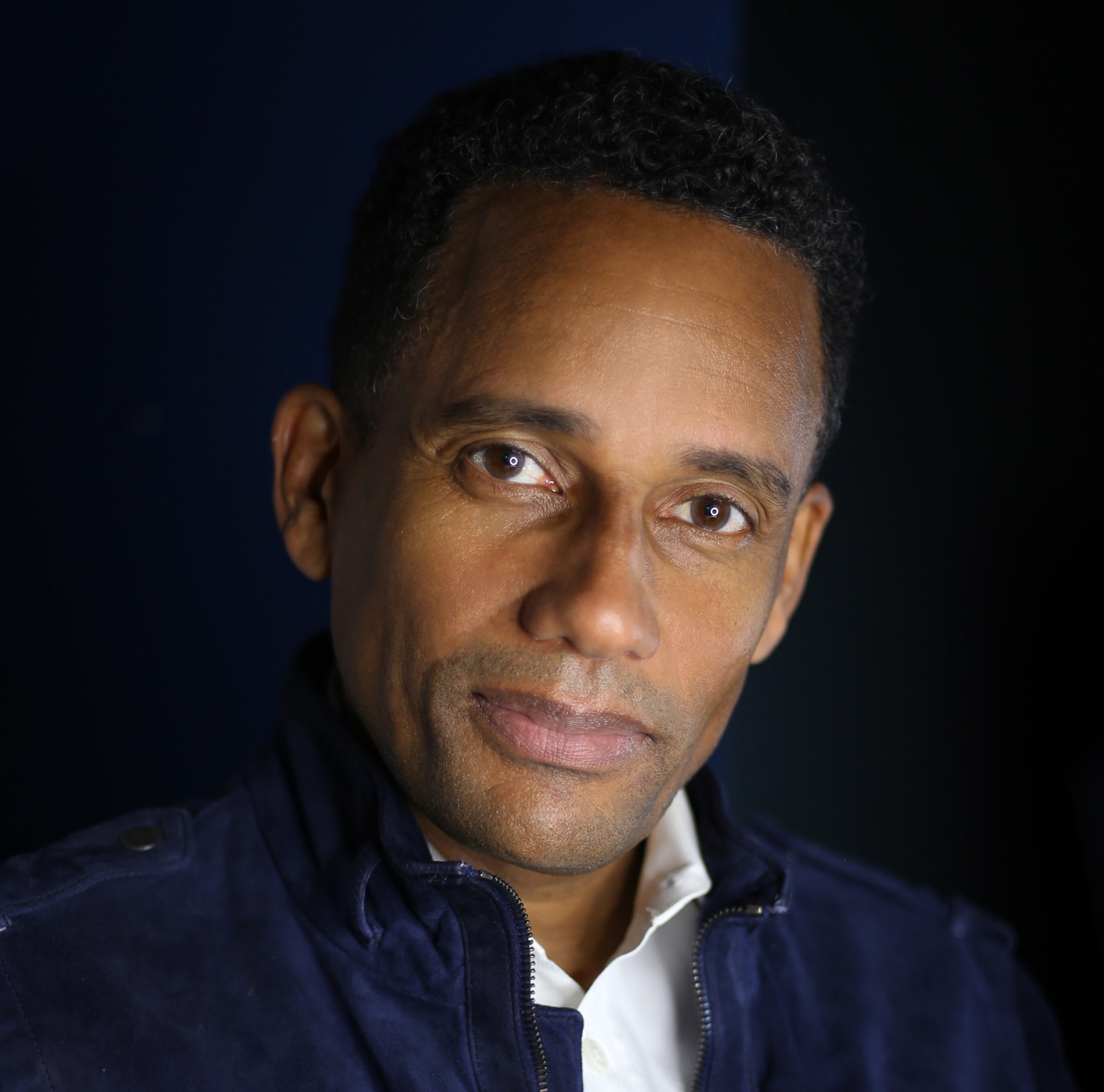 “Time is the most valuable thing you have.”

Hill Harper comes from a rich history of black entrepreneurship. “The family lore is that we were slaves in Kentucky and made our way to the Mississippi River,” Hill says. “They made their way up North and like a lot of other folks, they wanted to get as far away from the South as possible.” Hill got his name from his two grandfathers—Harold Hill and Harold Harper. His maternal grandfather Harold Hill, also known as ‘Doc Hill,’ started serving the black community in the Jim Crow era. He owned Piedmont Pharmacy in Seneca, South Carolina. As young Hill Harper read comic books and bit on popsicles, he saw his grandfather trade medical prescriptions for potatoes and chickens with those who couldn’t otherwise afford their medicines. 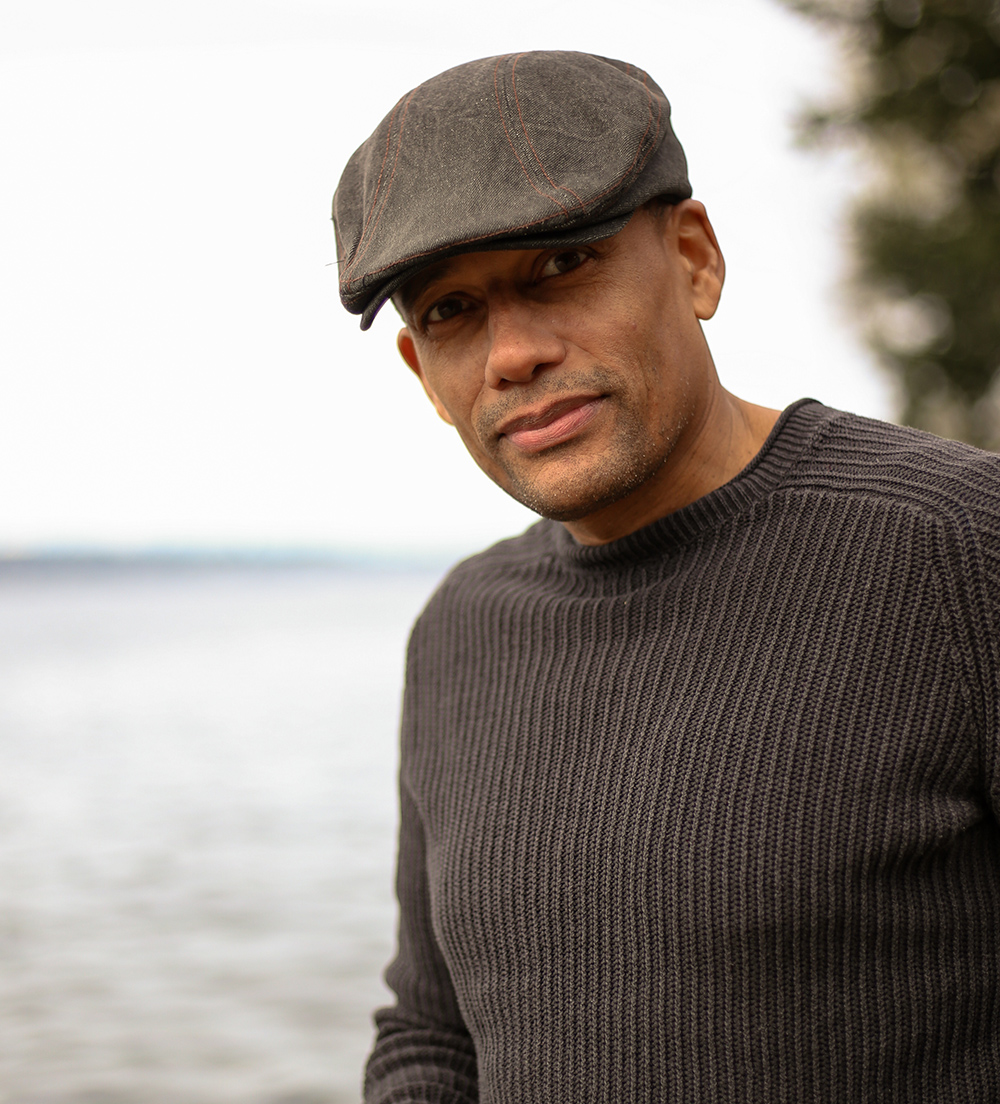 His paternal grandfather Harold Harper was an OB/ GYN physician in the small town of Fort Madison, Iowa. He and his brothers were graduates of Howard University Medical School and operated their own hospital in Fort Madison. Black women from surrounding states would come to him and have their babies delivered. Hill recalls his grandfather’s good fortune. They would visit during summers. He owned an 88-acre farm outside of Fort Madison. There was an indoor and an outdoor pool. “Not even white families had all of that,” Hill says. He was inspired by his grandfather’s pride. “My father inherited his pride, and I think I got some of it too,” he says. “To see those two very successful men serve the community with so much class and dignity was such an inspiration.”

Hill doesn’t play into others’ expectations of him. His intuition is his best guide in life. “It is so easy to let other people project their fears onto you and influence you to change your behavior and decision-making,” he says. “Always follow your heart.” When Hill goes through work and life, he thinks in terms of impact and legacy. “I have a deep desire to have a positive impact in the world and for that impact to last, which is legacy,” he says. He quotes part of the Bodhisattva Vows: “Sentient beings are numberless; I vow to save them all.” For Hill, this means no matter the impossibility of a situation, he has “the will to change the world and do all the work.” Because he believes he has yet to achieve his highest purpose, he must continue to do the work. 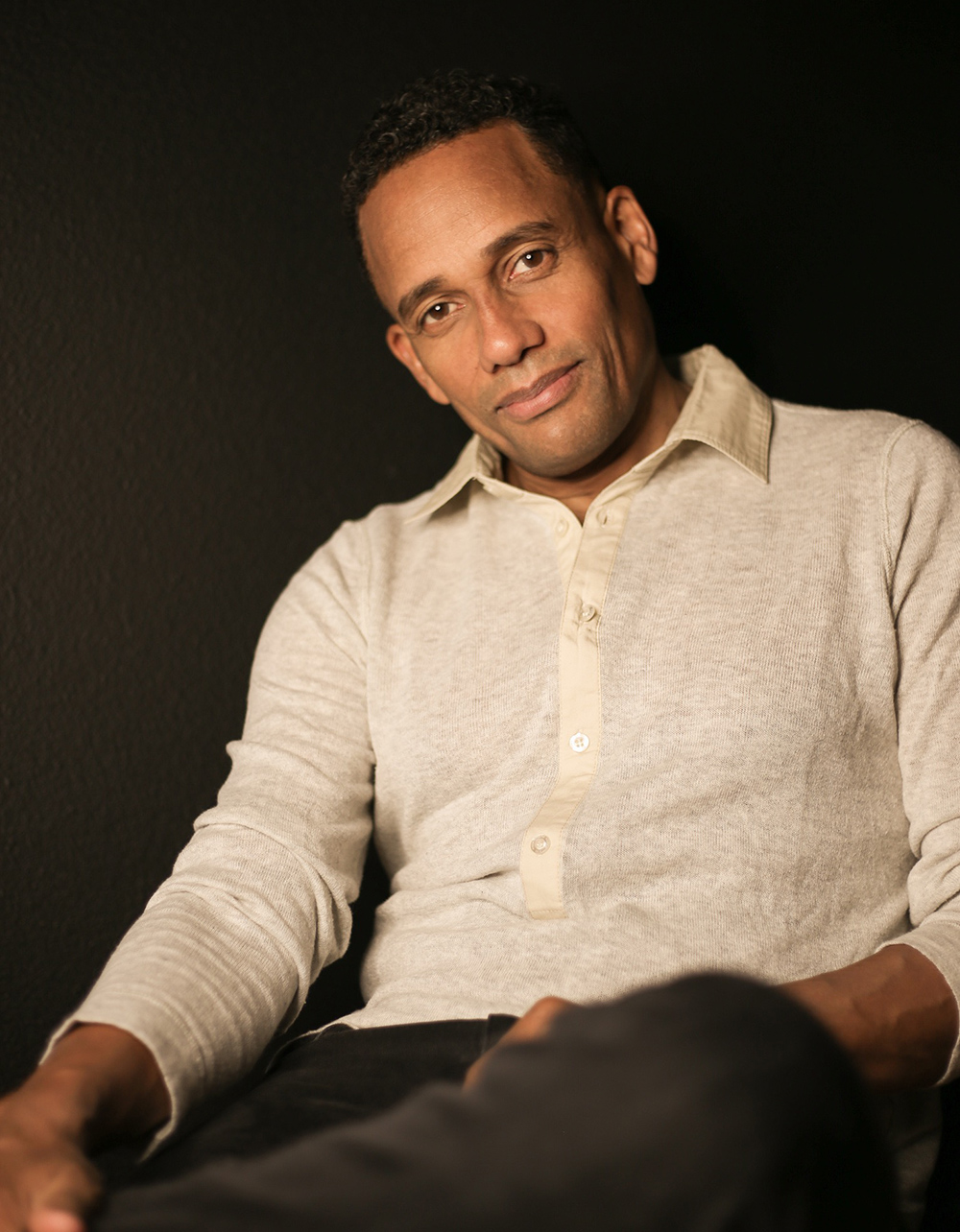 Acting works as a springboard for Hill’s greater purpose—becoming a guiding force in the world. His acting and fame have afforded him the ability to reach a wider audience with his words. He references his first book Letters To a Young Brother: Manifest Your Destiny. “There were a lot of young men who needed guidance, role modeling and help to navigate the journey from adolescence to manhood and a lot of them didn’t have positive male role models in their lives,” he says. “For me, having a role model on paper changed my life, and I wanted to do the same for others.” Hill says people of all ages have reached out to him to tell him how much the book has changed their lives and how they see and navigate the world. “These are people who I wouldn’t otherwise have known or met,” he says. “It won the Best Book for Young Adults award by the American Library Association. It is in every library across the country. So people have access to the book even if they do not buy it. I’m very proud of Letters and what it has done.”

“It is so easy to let other people project their fears onto you and influence you to change your behavior and decision-making. Always follow your heart.”

As an actor, Hill understands that actors have a greater purpose and are perfectly suited to be activists. It is in his lineage. His late aunt, Virginia Harper, was an activist. “Harry Belafonte, Sidney Poitier, Paul Robeson: all of these people were activists in their own ways. I wanted to be that type of actor, performer, and activist.” One of Hill’s first major roles was in Spike Lee’s Get on the Bus. He spends most of the movie sitting next to Ossie Davis. “He would tell me stories about Malcolm X visiting him at his house, tell me stories about Godfrey Cambridge acting in theatre with him, basically telling me that my only purpose as an artist is to be an activist in some way or you are not being an artist,” he recalls.

We see this mentality play out in the roles Hill chooses to play. He is Dr. Marcus Andrews on the hit TV show The Good Doctor. He loves playing the role of a doctor who is considered the best surgeon in the hospital. “It is certainly a stereotype buster, but it is also about making him and his life cool, making him something people want to emulate,” he explains. He recently was involved in the documentary Black Men in White Coats. The documentary advocates the need for more black male doctors. “So few black men are becoming doctors even though we must face the fact that we have disparities in the way that black men and black people, in particular, are treated by the medical profession,” Hill explains. “The data certainly shows that we get higher and better and more complete care when we are treated by black folk, so black men becoming doctors is a matter of life or death.” Hill hopes that his role as Dr. Marcus Andrews inspires “young brothers” to become doctors. “They ask me what Dr. Andrews drives and I say he drives a fly 911 Turbo S,” he says. “And I know doctors like that. He’s confident. He’s had an evolution as well on the show, so I love playing Marcus Andrews.” 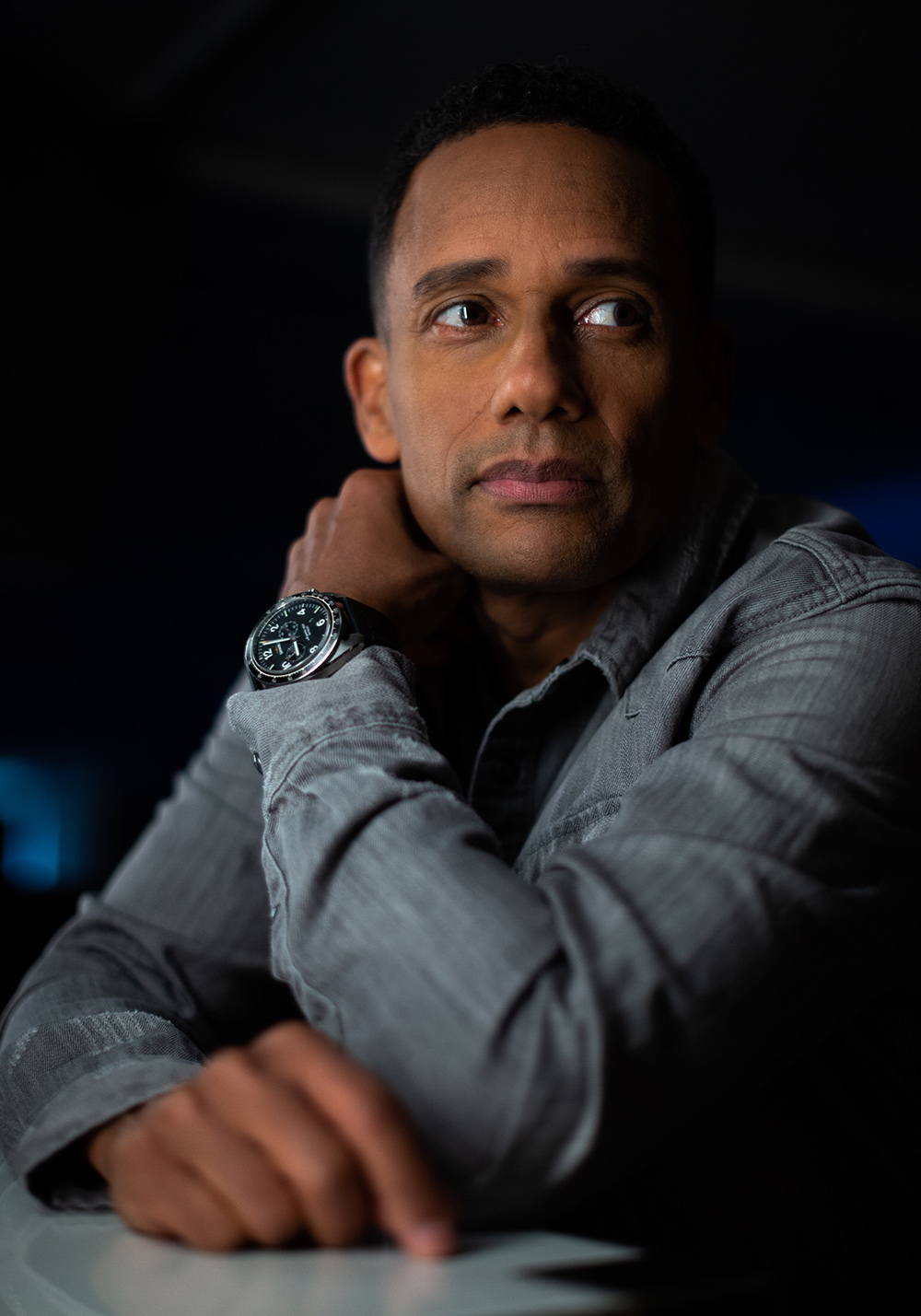 One of Hill’s primary pursuits is working to close the wealth gap. “All of these big issues we want to see solved—criminal justice reform, health disparities, education gaps, housing, and poverty—can be dealt with through a prism of financial agility,” Hill says. “We can solve these many problems or at least create a foundation for solving these problems.” Years ago, Hill wrote the Wealth Cure about this exact issue. Some of the solutions he proposed in the book are now able to come to fruition due to technological advances. He has created Black Wall Street, an app and digital wallet that allows people to directly invest in the black community. The name is inspired by Black Wall Street, the Greenwood District in Tulsa, Oklahoma, that was an epicenter of black wealth in the early 20th century. In 1921, a white mob stormed the town killing hundreds, destroying their livelihoods and assets. This atrocity set their descendants back generations. “Today’s dollar leaves the black community after six hours. In contrast, in the brick and mortar version of Tulsa’s Black Wall Street, the dollar changed hands 36 to 100 times within the ecosystem,” Hill Harper explains. “With digital currency, we are seeing the dollar move out of the black community even quicker.” His Black Wall Street is the solution to this issue.

“I have a deep desire to have a positive impact in the world and for that impact to last, which is legacy.”

In Hill’s eyes, most artists will have a hard time making money solely off of their art in the near future. “Why? Because technology is allowing anybody and everybody to create content.” Hill explains. Hill believes content creation will be even more decentralized in the future. “There will be micro-communities where you can create content, but it is not going to be easy doing it for a living,’ he predicts. Hill sees the creative world going back to the days when people would create for the love of it instead of for money, so having a nest egg is important. “Get into an asset class that is growing,” he says. “If you have a strong financial foundation then you can make the choice of how you want to use your time, which is the most valuable thing you have. Don’t let anyone lie to you and say that money is more valuable. No. Time is the most valuable thing you have. If you have the resources to have more time then you have invested well.”