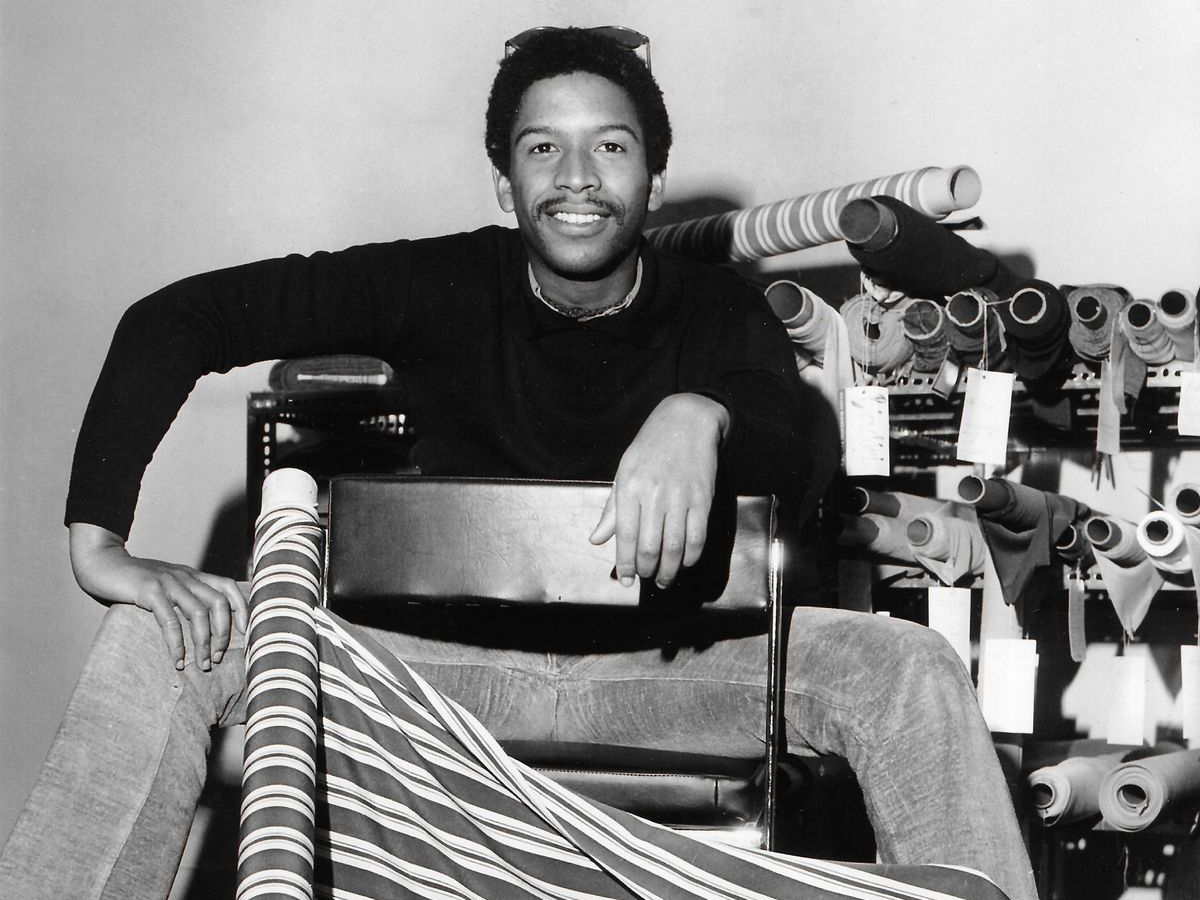 Jay Jaxon was a trailblazing black fashion designer. He was born and raised in Queens, New York, and earned his degree from FIT, the Fashion Institute of Technology. He began his career in Paris in 1968. Jaxon studied under some of the most renowned creators in the industry: Jean-Louis Scherrer, Yves Saint Laurent, and Marc Bohan for Christian Dior.

Using this knowledge, he returned to America in hopes of pursuing his own line. While in the U.S. he worked for other designers until he landed several jobs in Los Angeles. He worked for Jill Richards, making clothing for media stars including Luther Vandross, Diahann Carroll, Thelma Houston, and Sammy Davis Jr.

He also designed for the television industry. His work appeared on The Division, Angel, Ally McBeal, and Sabrina: The Teenage Witch. In the film industry, he created looks for characters in Mr. & Mrs. Smith and The Men’s Club. These accomplishments led him to design for the stage in Ailey Celebrates Ellington and The Colors of Christmas.

As the first American to head a French couture brand, Jaxon transcended the boundaries of single-country culture, bringing his American eye to France. His creativity hybridized fashion in terms of aesthetic and functionality, specializing in loose-fitting long-lined outfits. Jaxon empowered women with his clothing designs and became a staple name in fashion.

He designed for about 40 years by being adaptable and setting trends that are timeless. He incorporated diversity and individuality into his groundbreaking designs. His fascinating work granted him an exhibit at the Queens Public Library in 2019 by curator Rachel A. Fenderson entitled JAY JAXON: Fashion Designer, Le Couturier, Costumer | 40 Years of Fashion Design Brilliance. His legacy was celebrated there in August of 2019. Jaxon’s excellence has paved the way for other fashion designers who seek to merge American fashion with other countries’ couture. His greatness is recognized internationally, on screen, and on the runway, which is a testament to his iconic fashion influence.

“I’d like to make my contribution a mixing — making it in love. I’ll use the colors of all the people of the earth — cream, beige, tan, brown and some yellow and reddish tones, possibly stressing the combinations of brown and white.” – Jay Jaxon